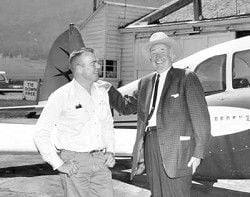 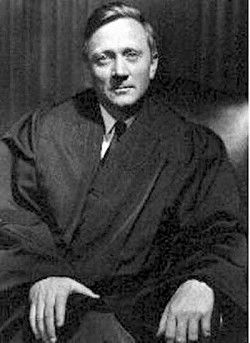 Because of its beauty and its location off the beaten track, Wallowa County is continually being discovered and cherished as a very special place. Among those who developed strong ties to Wallowa County in the past are a number of celebrities well known in the history books of entertainment, politics, literature, sports and music.

Grammy-winning rock legend John Fogerty of Creedence Clearwater Revival, for example, owned property near isolated Troy for about 20 years, and he used to enjoy jamming with local musicians. The late Amos Marsh, a native son who used to play football for the Wallowa High School Cougars, became a player on the original Dallas Cowboys football team. And author/historian Alvin Josephy Jr., who is largely responsible for making the story of Nez Perce and Chief Joseph known around the world, spent every summer at his rural Joseph home for over 40 years before his death two years ago.

Sadly, the biggest stars in the Wallowa County firmament have passed on, too, but their shadows are still present.

Walter Brennan (1898-1974) was already a three-time Academy Award winner when he purchased the Lightning Creek Ranch east of Joseph in 1941. Brennan traveled back and forth between Wallowa County and Hollywood the rest of his life, including when he reached his greatest popularity in the 1960s as "Grandpappy" Amos McCoy on TV's "The Real McCoys."

Brennan and his wife, Ruth, were responsible for building the Indian Lodge Motel, which remains Joseph's only motel; the Rainbow Movie Theater, which is now the Joseph Baptist Church; and a department store, which now houses Anton's Home and Hearth.

The actor did much to promote Chief Joseph Days in its early days, and in 1951 was named First Citizen of Joseph by the city's chamber of commerce. In all the time he spent in the Joseph area, he brought up only one other film star: fellow character actor Chill Wills.

Mr. Brennan died Sept. 21, 1974 in Oxnard, Calif., at the age of 80, but his local legacy lives on. His son, Mike Brennan, continues to make his home in Wallowa County, as do his grandchildren and great-grandchildren.

William O. Douglas (1898-1980) served as an associate justice on the Supreme Court from 1939 to 1975, the longest tenure of any justice in history. He was known as a champion of civil liberties, and was an outdoorsman and naturalist who wrote on conservation, as well as history, politics and foreign relations.

Douglas grew up partially in Yakima, Wash., and the Wallowa Mountains became one of his favorite places after his first trip in 1939. That first visit was a pack trip guided by Roy Schaffer, who later sold Douglas property on the Lostine River. There, the justice built several cabins on land he described as "one of the loveliest spots God ever created."

For many years, Douglas spent much of his spare time hiking and fishing in Wallowa County.

Eugene Pallette (1889-1954) is best known by old movie buffs. He was a heavy-set character actor whose movie career started in 1913 during the silent era.

His most famous role was probably that of Friar Tuck in "Robin Hood" in 1938; his last movie was "Silent River" in 1948.

In 1937, when Germany was conquering Europe and WWII was imminent, Pallette decided to build a ranch retreat in one of the most remote areas in the country - along the Imnaha River in Wallowa County. "It'll take a war or a revolution a long time to get up into Imnaha canyon," he was quoted as saying.

Pallette bought 3,500 acres 29 miles upriver from Imnaha, and built a fort-like ranch complete with sawmill, power plant and 18-man bunkhouse. In a concrete warehouse he stockpiled huge quantities of supplies, including two tons of canned goods, 20 sacks of coffee, 125 smoked hams and 50 kegs of nails.

In 1949, Pallette started selling off parts of the ranch, though he maintained interests here until 1951. He died of cancer in 1954, but the Pallette Ranch still exists in much-reduced form as a cattle ranching operation on the upper Imnaha.