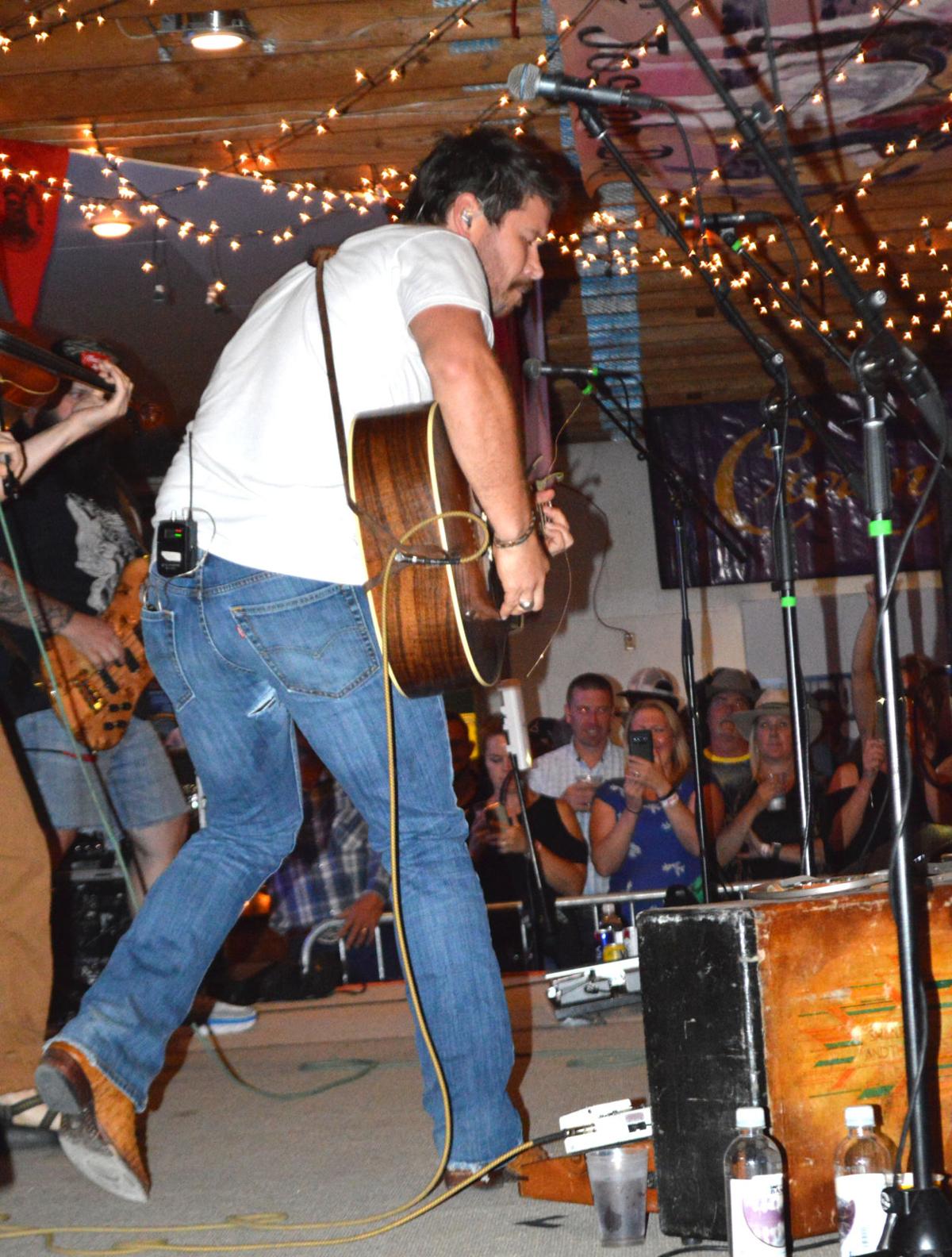 Shane Smith, rocks out with his band, The Saints, as the opening act of the 2019 Back Country Bash. Smith, whose Thunder Room appearance was sold out, probably got as much audience adulation as anyone who played the rodeo arena on the following day. 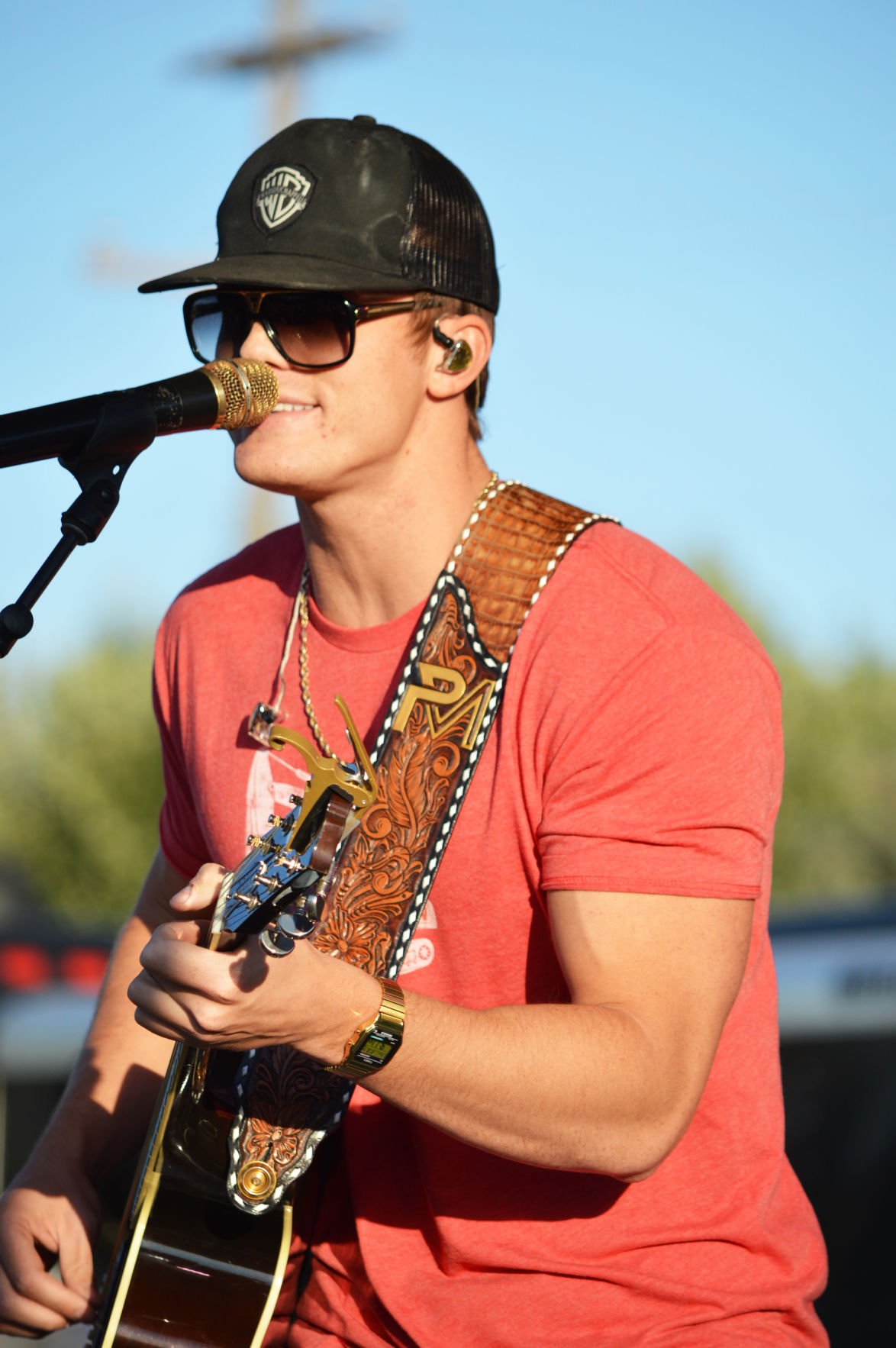 It's cool to be Parker -- McCollum that is, who was obviously enjoying himself as he listened to the roars of approval from the fans at Back Country Bash on Saturday, Aug. 3.

Shane Smith, rocks out with his band, The Saints, as the opening act of the 2019 Back Country Bash. Smith, whose Thunder Room appearance was sold out, probably got as much audience adulation as anyone who played the rodeo arena on the following day.

It's cool to be Parker -- McCollum that is, who was obviously enjoying himself as he listened to the roars of approval from the fans at Back Country Bash on Saturday, Aug. 3.

The Back Country Bash, an Americana-themed musical event, took place at the Chief Joseph Days Rodeo grounds on August 2-3. The third annual extravaganza expanded to an additional day from earlier incarnations and featured more than two new bands.

The opening show on Friday, Aug. 2, was a sold-out event that took place in the Thunder Room at the Rodeo grounds. Local favorites The Bart Budwig Band opened the show with a rocking set of Budwig originals that kept the crowd on its feet, many kicking up their heels in what little room was available. Guitar hero Darrell Brann made a surprise appearance, burning off a fiery solo, to which the crowd responded raucously.

The main act, Shane Smith and the Saints, came out in a blaze of glory and quickly launched into a burning set of high-energy music that defied genre description. Armed with a Gibson J-45, Smith and band took the crowd on a musical adventure that featured amazing Celtic-influenced fiddle and four-part harmonies that would have done Crosby, Stills, Nash and Young proud. The band sprinkled liberal cuts from its new album, Hail Mary, that had the crowd in near bliss.

Hours later, the concert/dance ended with both band and audience having left it all out on the stage and the dance floor.

The main event on the following day brought out a large crowd to the fairgrounds. The remaining bands, starting with Mike and the Moonpies made a tremendous run through the late afternoon and evening hours, keeping the crowd entertained through the end of the event.

Mike and the Moonpies, a Texas roadhouse band in the best possible way, came out swinging from their heels, fresh from recording their latest album: Cheap Silver and Solid Country Gold at the Beatles’ famed Abbey Road studio.

Bandleader Mike Harmeier can sing about anything from roadhouse country to the semi-countrypolitan flavor of the band’s latest album. BCB fans let Harmeier and the band know how much they appreciate a little diversity.

Micky and the Motorcars followed with a set far removed from the yodeling days of Muzzie Braun and the Little Braun Brothers, Micky Braun’s initial foray into the world of music. With an updated sound, Braun has carved out a prominent place in the music world.

Parker McCollum has YouTube videos with millions of viewings. If he didn’t have any fans here in Wallowa County, he sure does now, judging by the reaction to his show. Looking like he spends a lot of time in the gym, McCollum and his band came out with a roar and wall of sound that saw no one standing close to the JBL speakers on each end of the stage.

Even with the greetings afforded the previous bands, the crowd had plenty of fire left for headliners, the Randy Rogers Band. Rogers, who looks the very part of a country singer from Texas that he is. Country with a rock flair, that is.

Apparently, Rogers’ undergraduate Mass Communication Public Relations degree paid off for the singer as he had no problem getting his message across to the audience, helped by a number of songs from his latest album, Hellbent.

Audience member Greg Rhodes, who has attended all three BCB shows, called the show tremendous and said a number of people poured into the arena once Rogers took the stage.

“The music was good — wonderful music,” Rhodes said. “I really enjoyed him. You can tell he’s on the brink of stardom, his voice was that good.”

All in all, Rhodes said he enjoyed the BCB experience.

“You couldn’t ask for a better show,” Rhodes said. “I don’t have complaint one.”