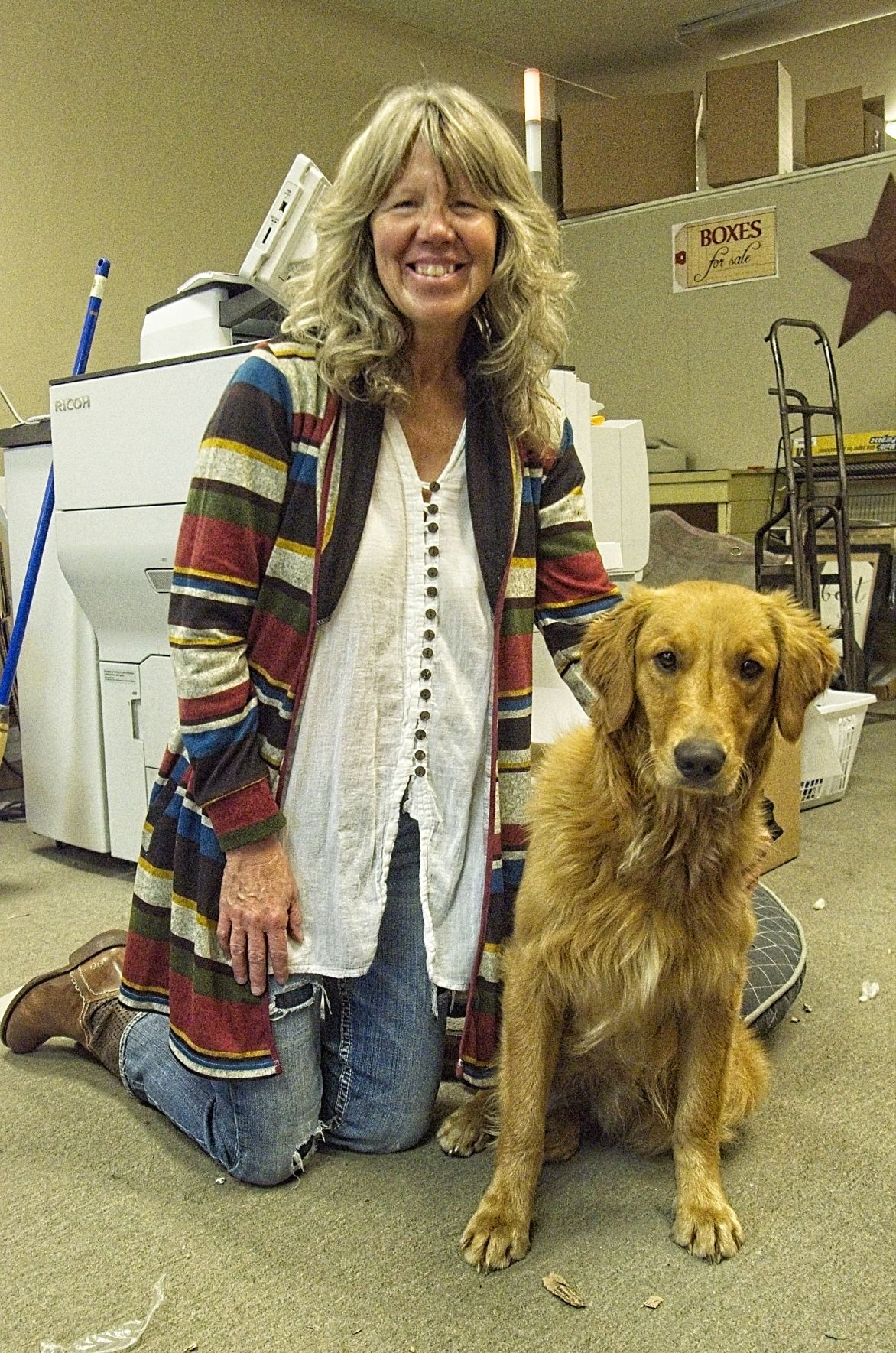 Richelle Chitwood and Mr. Brinkley stand ready to serve customers at Central Copy on River Street in Enterprise. The 11-month-old golden retriever is Chitwood’s constant companion at the shop. 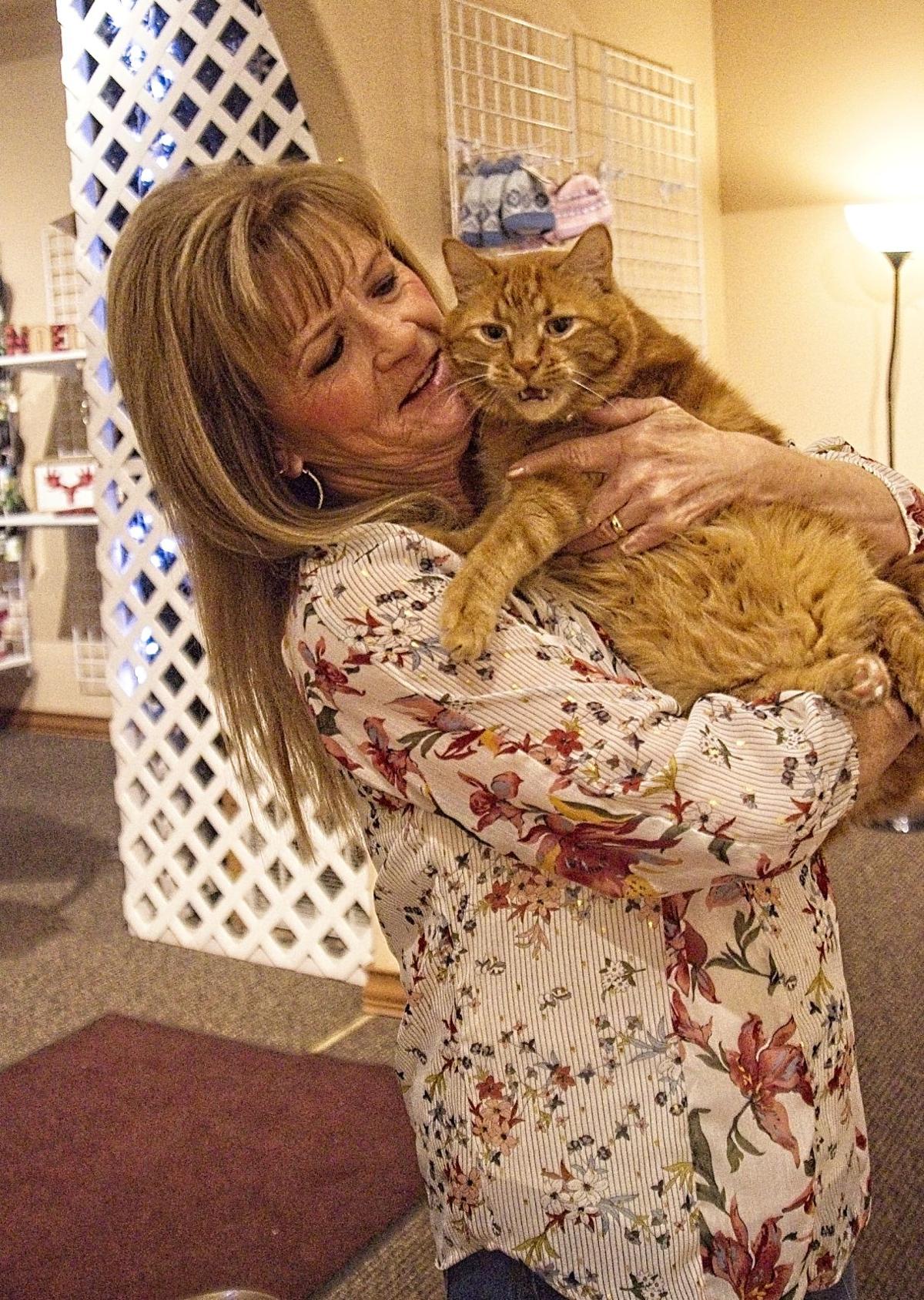 Richelle Chitwood and Mr. Brinkley stand ready to serve customers at Central Copy on River Street in Enterprise. The 11-month-old golden retriever is Chitwood’s constant companion at the shop.

Businesses are usually operated by people, but at least two store owners in Enterprise find the assistance of their pets almost essential.

Richelle Chitwood, who has owned Central Copy on South River Street for the past 12 years, has her 11-month-old golden retriever, Mr. Brinkley, as a regular attraction.

She has him there “because I don’t want to leave him at home. Because I own my own business and I can do what I want,” she says. “Dogs don’t like to be left alone and I own the business so that gives me that luxury.”

Chitwood says that Brinkley, although a pup that might be expected to run around a lot, is quite easy-going.

“I think it’s because I’m with him all the time,” she says. “It makes him mellow. ...He’s a little leery of young people but a lot of people have little kids and they’ll bring him over, so he gets used to them. ... They know he’s a little shy and their kids come over and pet him and talk to him.”

“Everybody remembers Odie and Milo,” she says. “Odie was the one who roamed around town.”

“Some people come in just to see the dog; they don’t want to do business.” Chitwood says.

While the shop provides copies, shipping, laminating and related items, she says, “The main feature here is the dog.”

At Deb Kellermann’s Deb’s Apparel and Gifts on West Main, just around the corner, her cat, Simba, is a constant and popular fixture.

Kellermann has owned the shop for 25 years. The almost 9-year-old orange tabby has lived in the shop for more than eight years.

“I found him in my barnyard, when he was probably only 3 or 4 days old and I gave him to somebody,” Kellermann says. “She had him for a few months and ... gave him back to me. ... Time went by and I gave up trying to find him a home and decided this was good enough.”

Simba has gone on an occasional, unplanned daytime excursion. Sometimes he visits a neighboring shop, and is returned by the owner. Otherwise, he comes back on his own power. He doesn’t stray far. He knows where he lives.

“He loves people. Usually, he’ll jump up on the counter, so they’ll pay attention to him,” Kellermann says of Simba, though he doesn’t get in the way of sales of clothing and accessories for women, children and infants. “He has his own rocking chair where he spends much of his day sleeping.”

Both women say their pets are an attraction to customers.

Neither Mr. Brinkley nor Simba had a comment for this story.