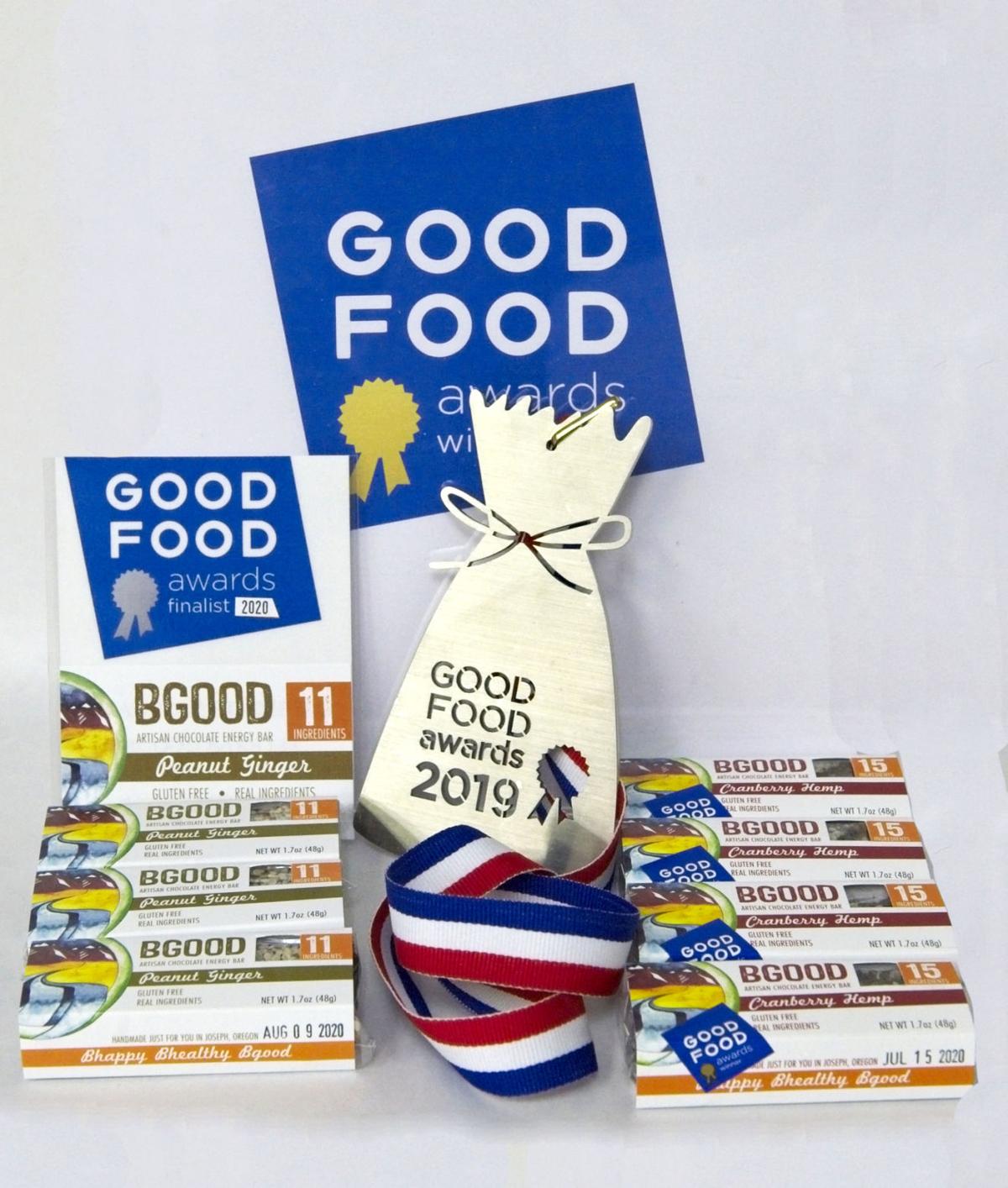 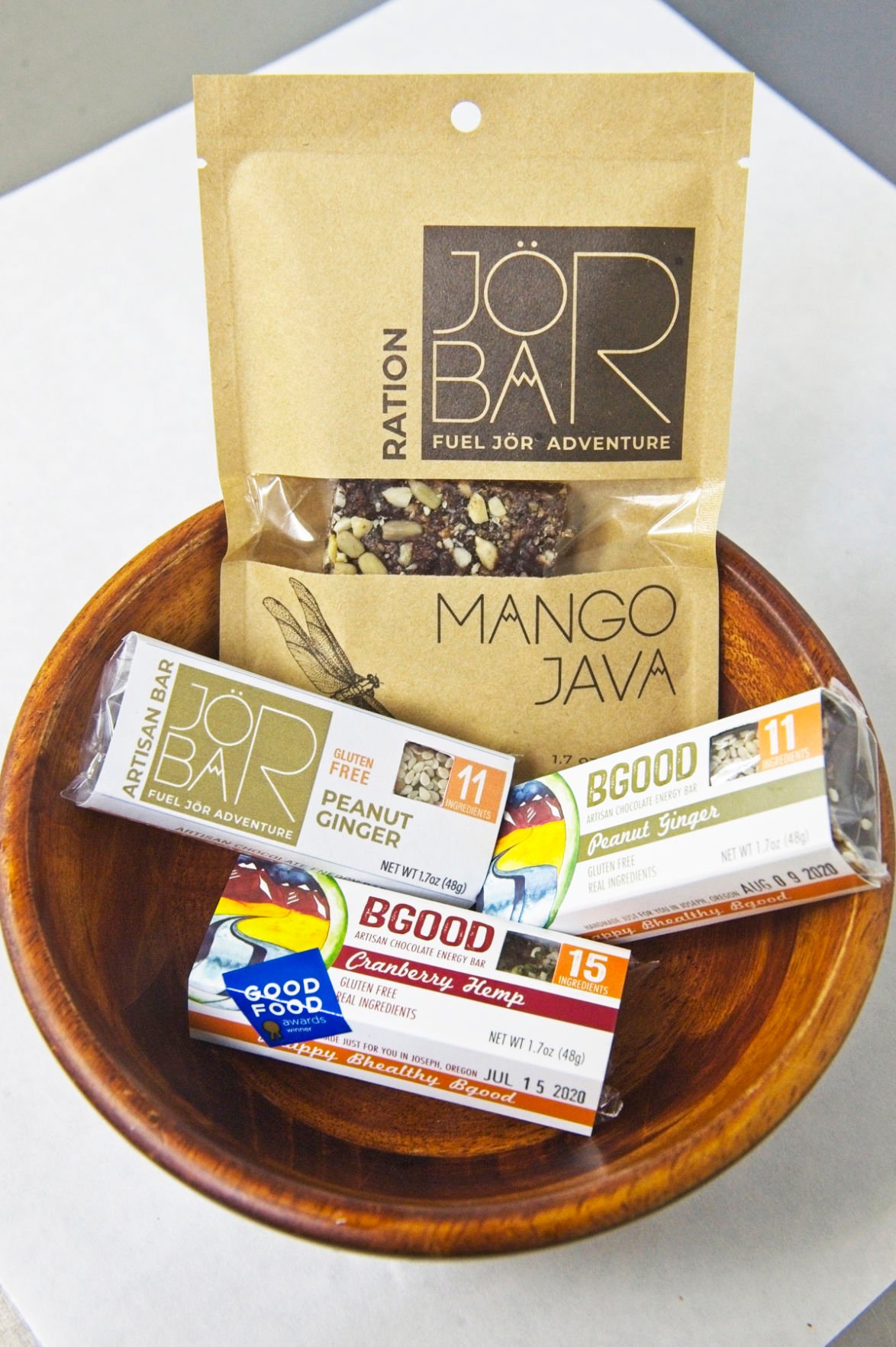 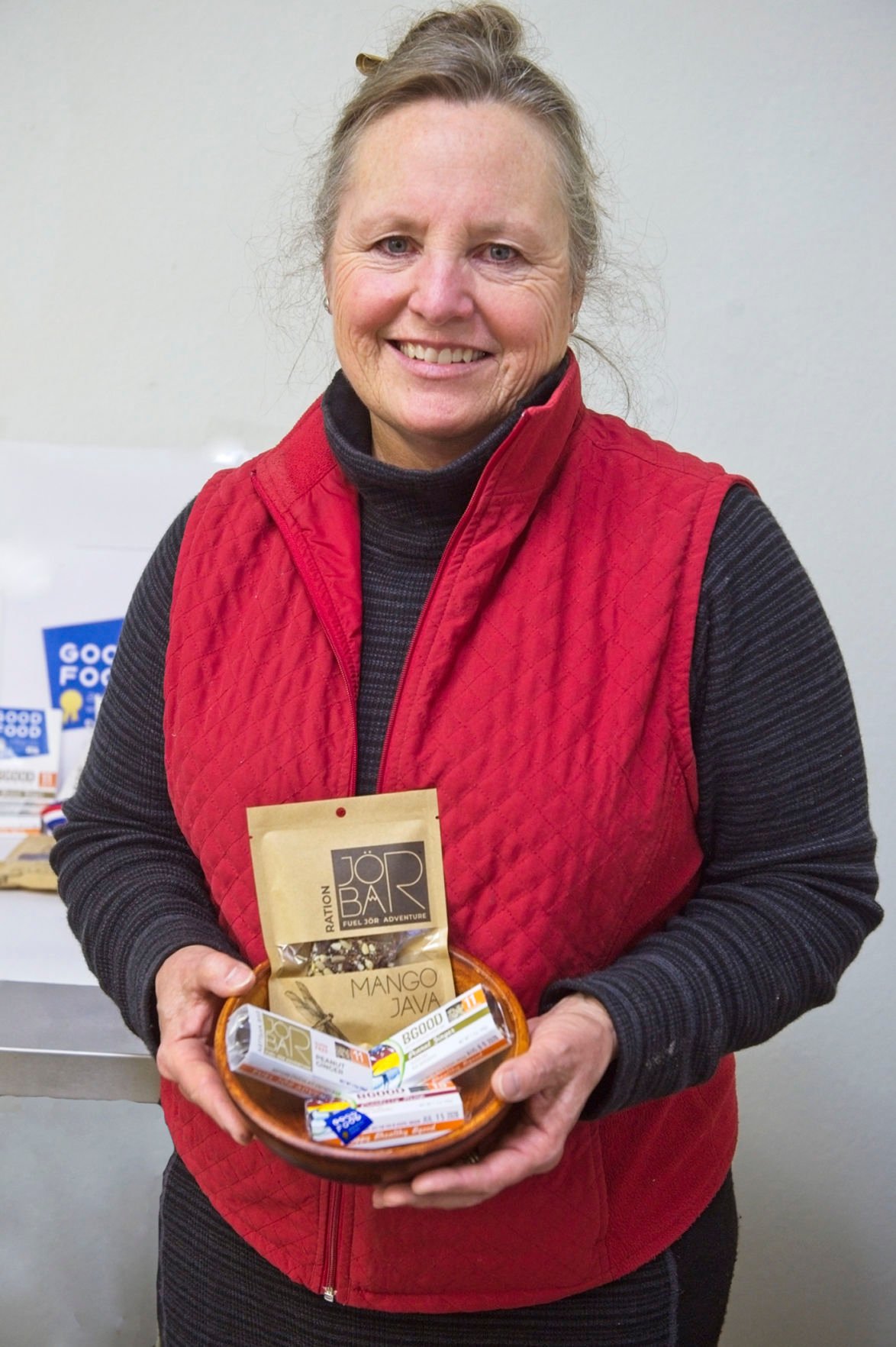 Judy Goodman shows off her selection of BGood Bars and new JoR bars.

Judy Goodman shows off her selection of BGood Bars and new JoR bars.

Be Good Bars (AKA JoR) aims for another award.

Last year Judy Goodman’s Cranberry Hemp Be Good Bars won top snack bar honors at the National Good Foods Awards in San Francisco. This year her Peanut Ginger Bar is in the limelight. Goodman is hoping to bring home another national trophy as best snack bar for 2019. Her competition includes Midnight Snack Granola from Missouri, Ginger Tumeric Scrolleeze from New York, and Surf Snack from (where else?) California.

Goodman’s Peanut Ginger snack bar made the competition finals based upon blind taste tests of more than 1800 products, all made exclusively of natural ingredients. Peanut Ginger lives up to its name with a notably zesty, gingery tang and a subtle nutty crunch.

Goodman’s ascent to the pinnacle of snack bar flavor and fame began in 2007 when she was working at Arrowhead Chocolates. Goodman learned the craft of a chocolatier when working for Arrowhead Chocolates from 2011 to 2012. There, she also made Arrowhead’s now extinct “Summit Bars” which came in Espresso, Blueberry, Peanut Ginger and Pistachio Cherry varieties.

Then she moved on to work at Community Bank. But one life-changing day in 2013, Wendy Reininger, co-founder of Arrowhead, had to do some banking, and saw Judy. “If you made those bars again, we’d buy them from you,” she said.

Goodman has never looked back. She still makes every single one of her six flavors of bar by hand in her certified downtown Joseph kitchen—sometimes with a little help from her friends. The BGood Bar wrapper notes that this is “an artisan chocolate energy bar made by hand for you in Joseph, Oregon.”

But despite their success, and perhaps because of it too, BGood Bars are about to vanish. They will be reincarnated as JöR (pronounced ‘Your”) Bars which “…sounds good and also means “Earth” in Old Norse,” Goodman said and will be joined by a new product, JöR Trail Rations. The re-branding was necessary because of a brand-name lawsuit brought by a company that had trademarked the name Bee Good. For Goodman it’s a timely change. “I think I was ready to move forward. The products seemed to be evolving almost on their own,” she said. “After six years it was time for a change.”

The new JöR Trail Rations are slightly smaller than the JöR (aka BGood) snack bars and do not have a chocolate coating, making them easier to haul around in a backpack and eat on the go. They come in compostable packaging and have been very popular at Minam Lodge and on Winding Waters River Expeditions because of it—and they taste really good, too.

Goodman is hoping to market them at REI stores and other outdoorsy places as well. The packaging is distinguished with some of Goodman’s own wildlife art, including a mountain goat, a dragonfly, and a hummingbird.