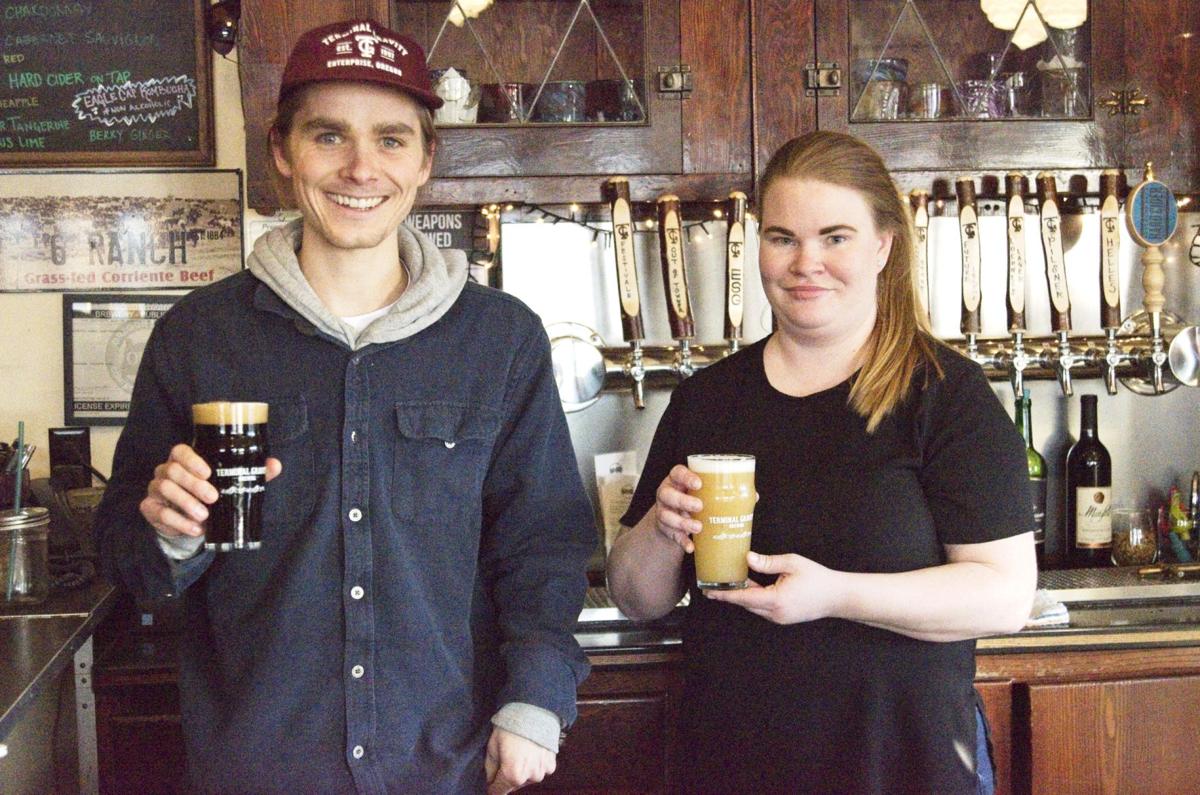 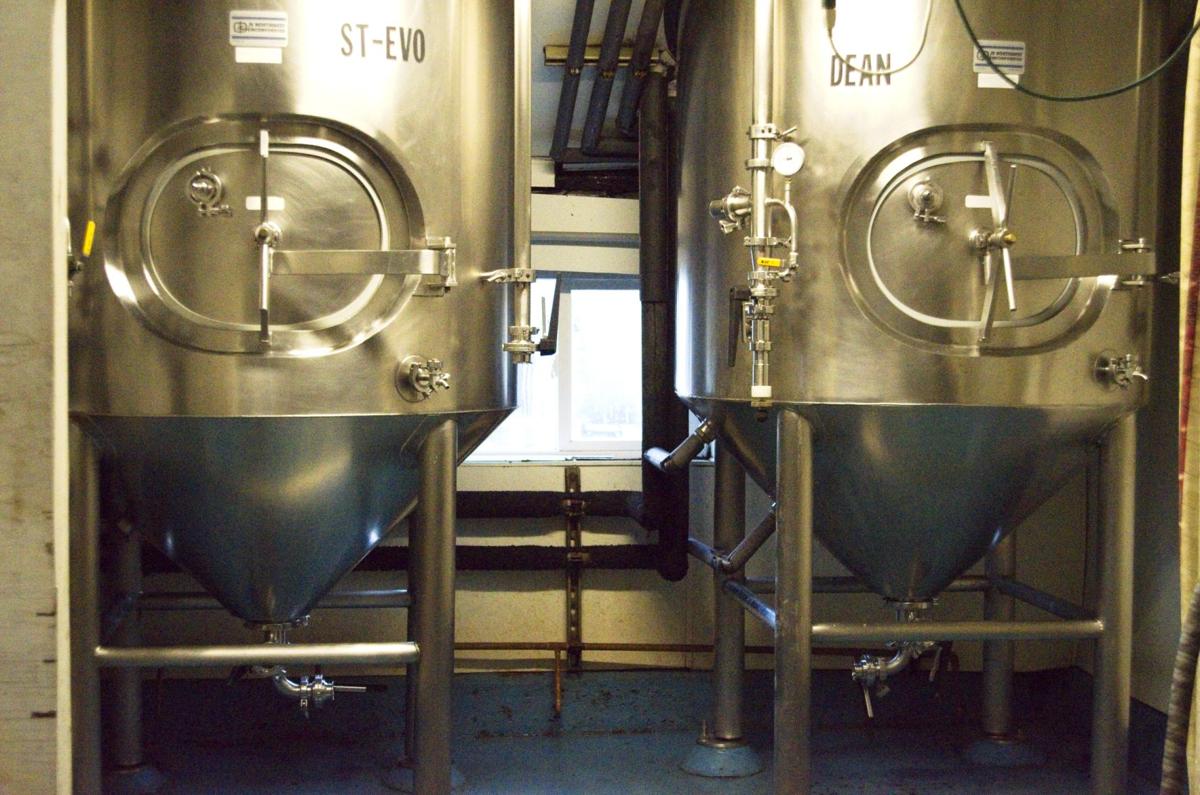 Two of the vats where beer is brewed at Terminal Gravity Brewery in Enterprise stand ready for the locally brewed beer. 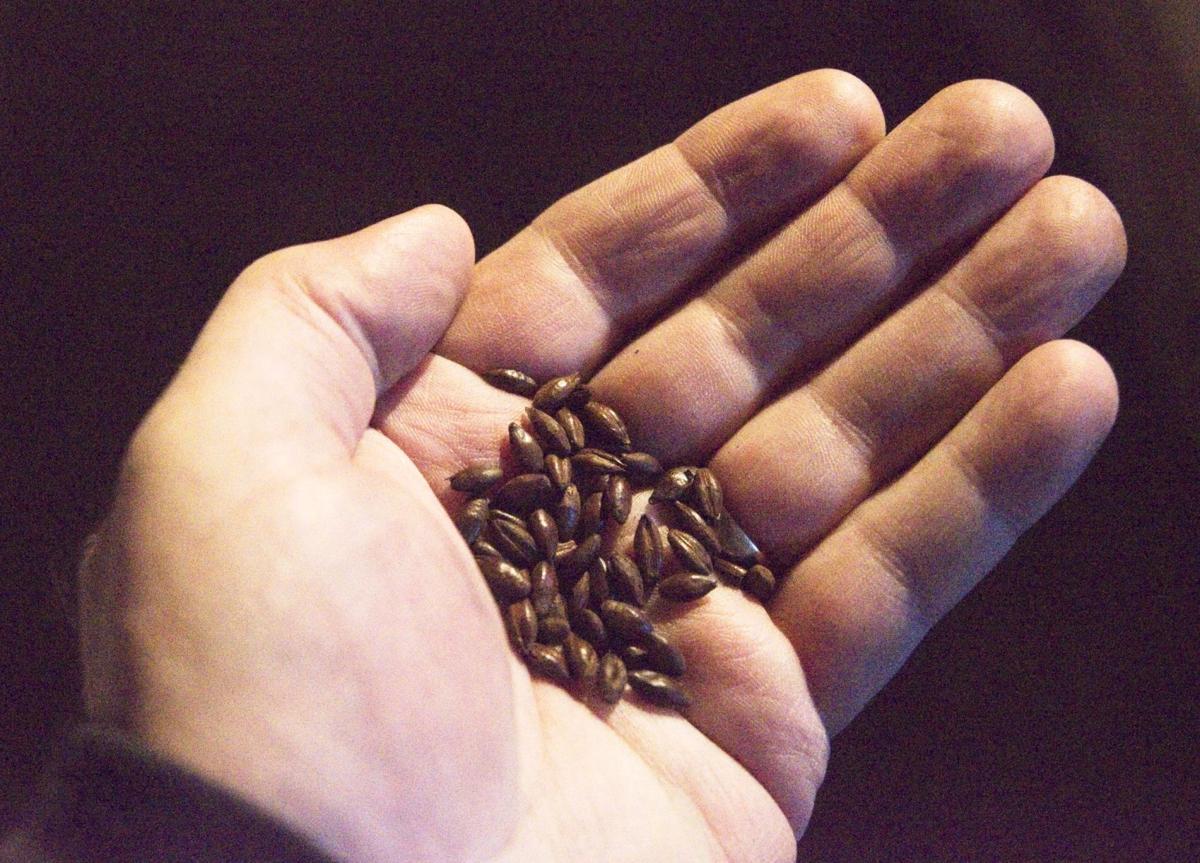 A handful of barley has been roasted prior to use in making one of the beers at Terminal Gravity Brewery in Enterprise. 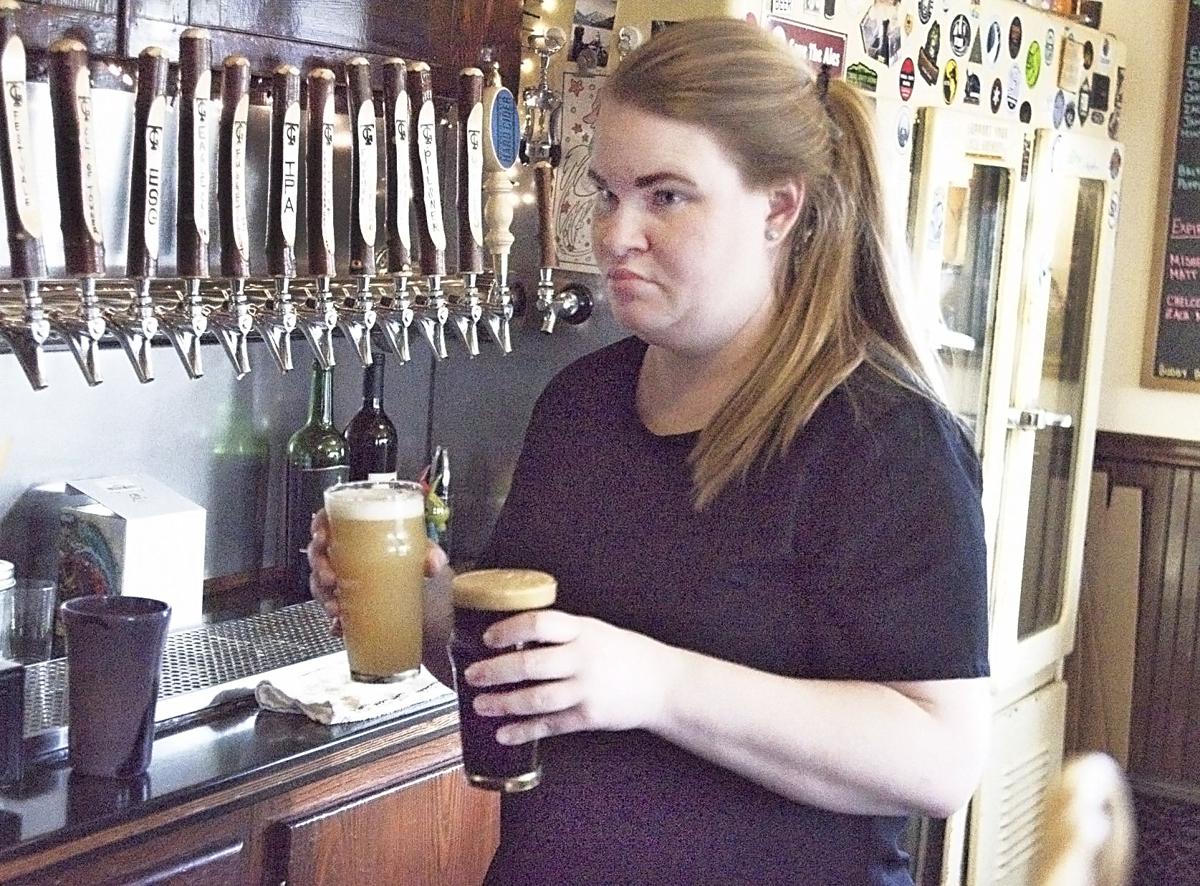 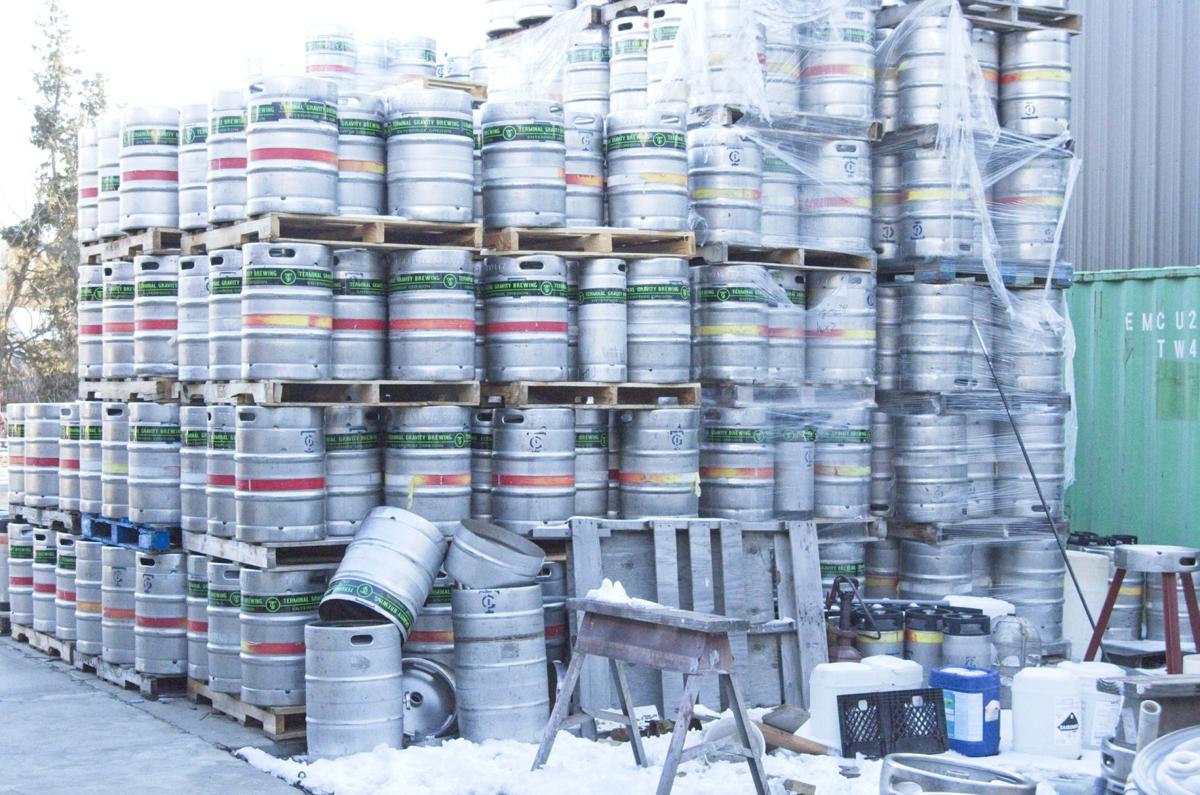 Stacks of beer kegs stand ready to be filled outside Terminal Gravity brewery in Enterprise. 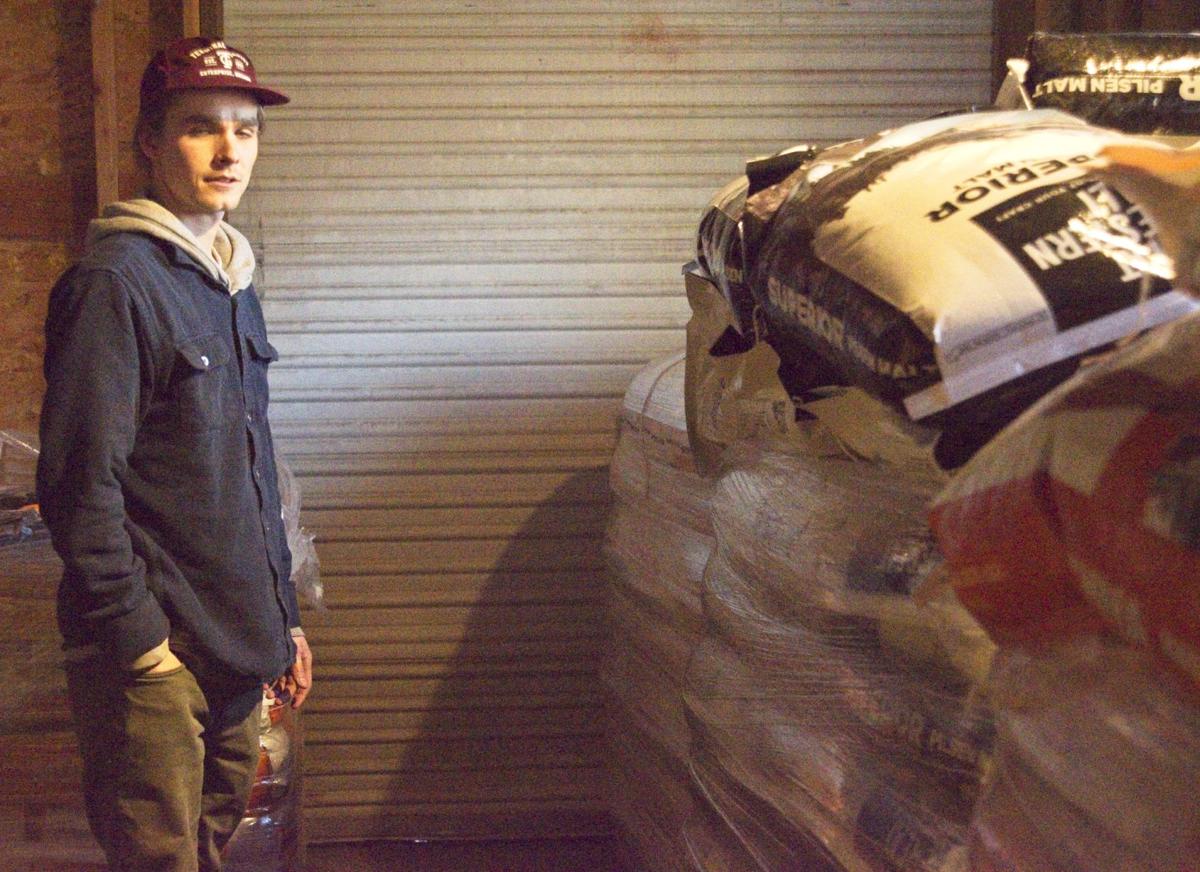 Two of the vats where beer is brewed at Terminal Gravity Brewery in Enterprise stand ready for the locally brewed beer.

A handful of barley has been roasted prior to use in making one of the beers at Terminal Gravity Brewery in Enterprise.

Stacks of beer kegs stand ready to be filled outside Terminal Gravity brewery in Enterprise.

Step up to the bar and try the new brands of beer offered at Terminal Gravity Brewing in Enterprise. That’s the invitation offered by Marketing Manager Grady Nelson.

Arrowhead Chocolate Stout is a 5.6% chocolate stout brewed with cacao from Arrowhead Chocolates in Joseph, Nelson said. It’s thick, creamy and dosed with chocolate – sure to be enjoyed by chocolate lovers. This beer was recently released on draft and will be available until late April.

Fuggetaboutit Hazy Pale Ale is a 5.8% light yet mouthwatering hazy pale ale. It was brewed with Fuggles hops, inspiring the name. Terminal Gravity is very excited about Fuggetaboutit and will continue to brew it as a consistent draft option.

TG also will be releasing a specialty beer in early April. Nelson said that’s expected to be Marzen, an Oktoberfest-style beer. More about it will be announced on TG’s social media channels in the coming weeks.

Owned by Ed Millar and run by his daughter, Natalie Millar, TG has been in operation in Enterprise — its only location — since 1997. The brewery distributes its home-brewed beers across Oregon, southwestern Idaho and southern Washington, Nelson said.

“Our beer is well known across the state and beyond,” he said.

He said they regularly offer new beers. Winter being the slow season, sees few, but there are new beers in the spring and fall about every month and a half. In the peak season of summer, TG tries to offer a new beer each month, Nelson said.

“It kind of depends on our inventory,” he said.

Elsewhere in Enterprise, the county has one less bank. The Utah-based Zions Bank has closed up shop at the west end of Enterprise and left town.

Phil Ketcher, who ran the branch, now works out of the branch in Moscow, Idaho. He said the Enterprise branch — which was not a full-service branch — closed in early January. Just recently, the signs came down and the office space at 936 W. North St. was emptied.

A spokeswoman at the Wallowa County Chamber of Commerce said Zions joined the chamber in June 2016 but never renewed its membership.

Meanwhile, in Wallowa, Elwayne Henderson is continuing to earn the award he received Sunday, Feb. 23, from the Wallowa County Chamber of Commerce for Wallowa County Business Leader.

He’s putting together a group of 40 storage units particularly designed to handle heavy winter snows in the area at the old Bates Mill site in Wallowa. He also has plans to expand to as many as 60 more, along with covered storage spaces for RVs and mobile homes and even has plans to help the town return to its glory days as a lumber mill town.

More on this later.