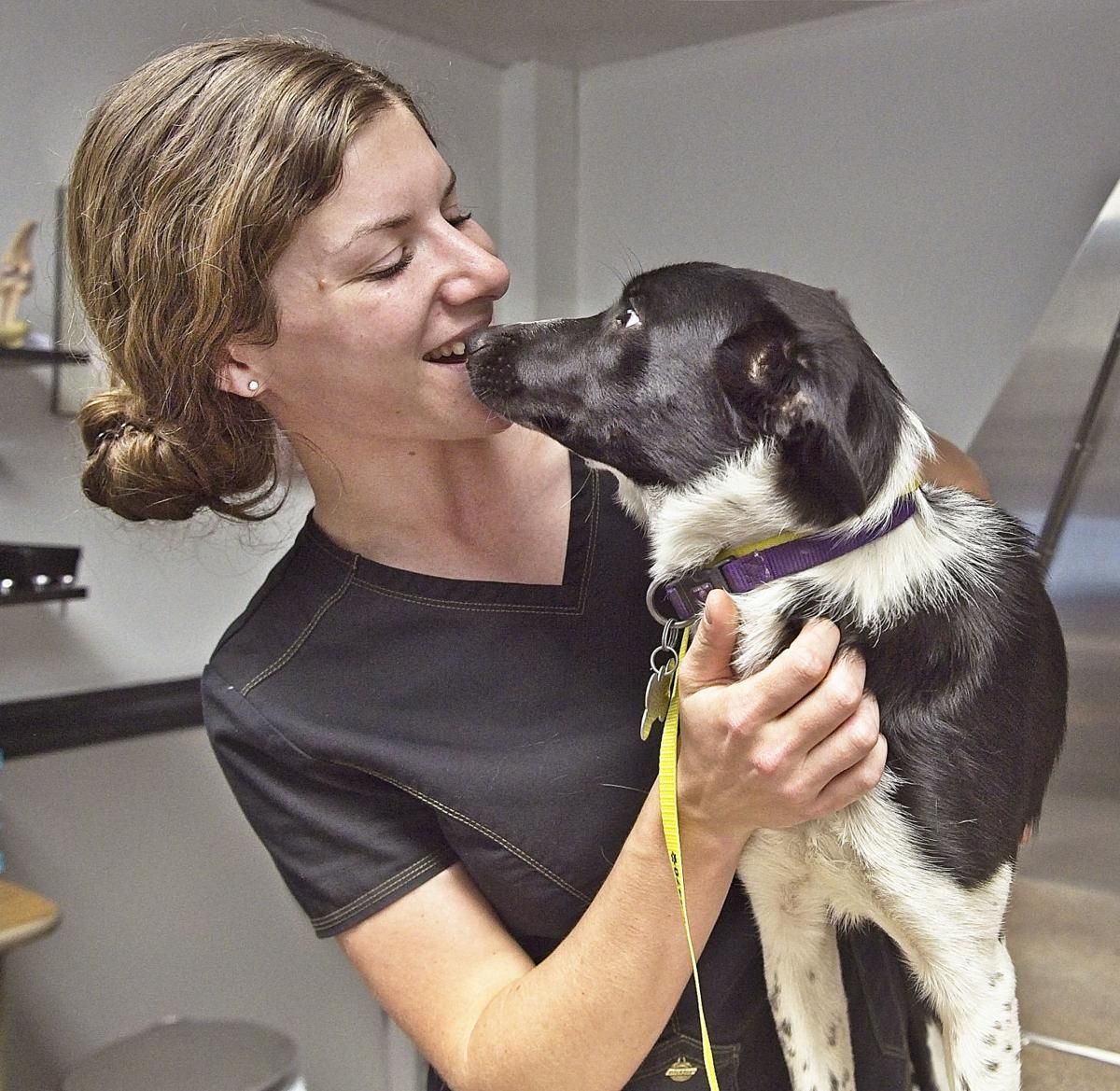 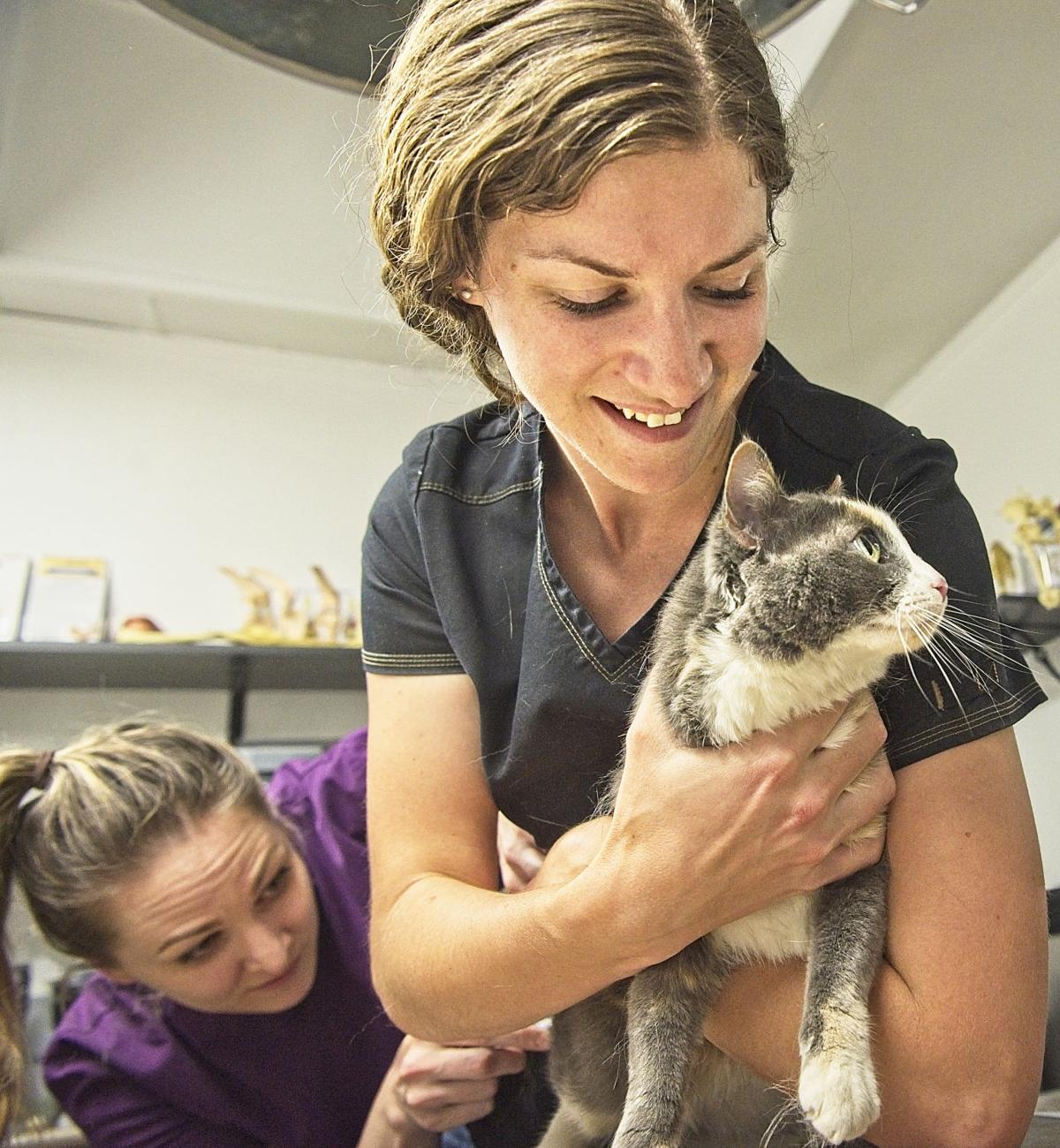 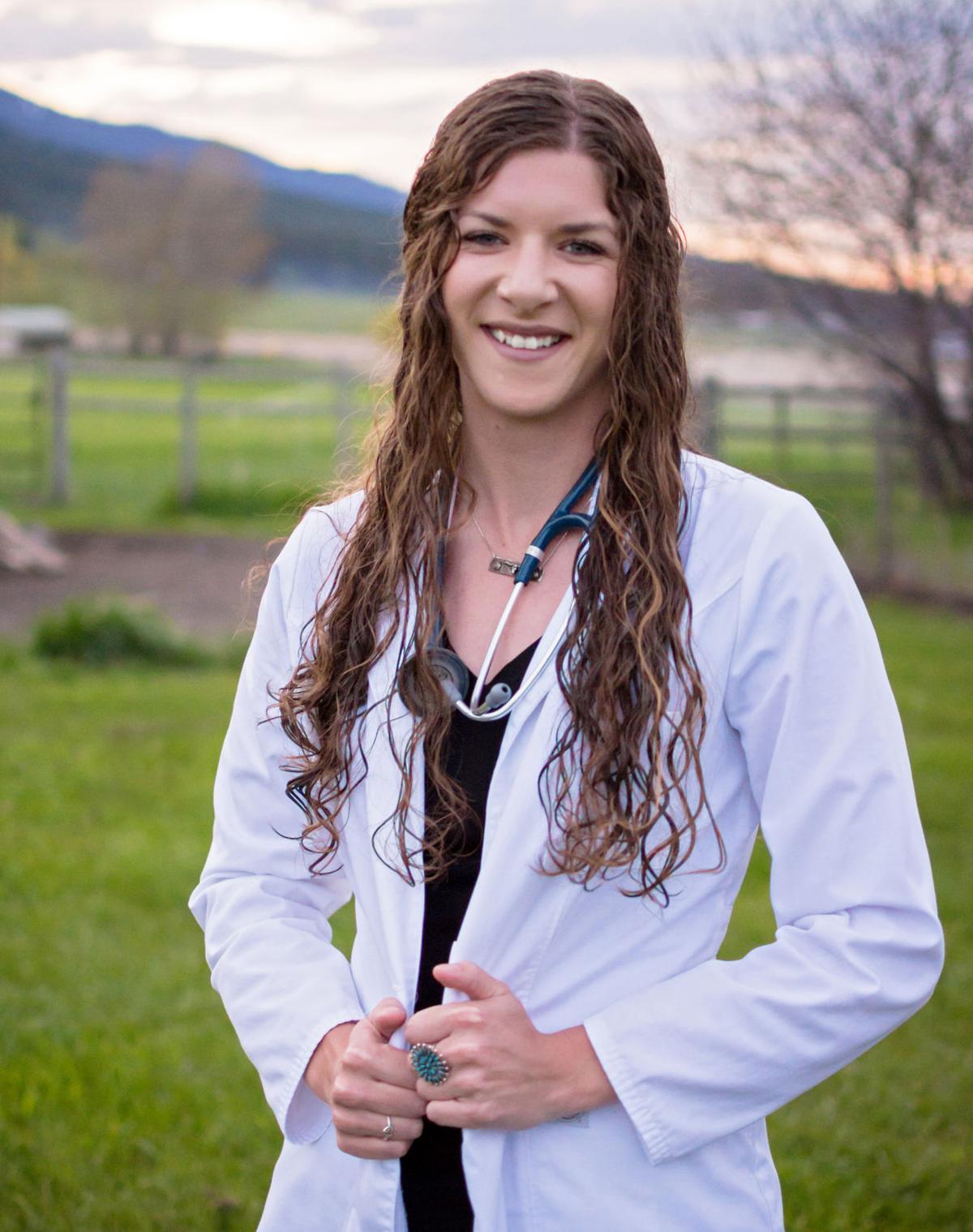 Brooke Greenshields is the newest vet at Double Arrow Veterinary Clinic in Enterprise.

Brooke Greenshields is the newest vet at Double Arrow Veterinary Clinic in Enterprise.

Brooke Greenshields never thought about being anything else than a veterinarian. Now she is one, newly minted from the Oregon State University School of Veterinary Medicine, and the newest addition to the staff at Double Arrow Veterinary Clinic in Enterprise. Her license “kicked in” she said, on Monday, June 15. She doesn’t see herself working anywhere else. Everything she loves is right here.

“As a kid, I always followed around with my dad since I was tiny (Double Arrow veterinarian Randy Greenshields),” she said. “There’s never been anything else. I’ve always wanted to be a vet. I love animals and I really love working with the people.”

A 2012 co-valedictorian graduate of Enterprise High School, Greenshields participated in most rural kid activities, including 4H and FFA. She was a Tuckerette. She was on the 2011 Chief Joseph Days rodeo court. She played volleyball. But always there was the care of all creatures great and small foremost in her mind. So from high school she went to Oregon State, where she majored in Animal Science and then graduated for vet school this spring.

“This kind of practice is one of the hardest,” she said. “Almost anything can walk through the door. Every day is so different. The thing I like most about practice here in a rural community is that it’s diverse,” she said.

Beginning as a toddler who hung out at Double Arrow with her dad, she’s seen “almost everything,” including llamas, alpacas, pigs, goats, sheep, and an occasional macaw, as well as captured raptors or owls in need of aid.

One of her first official patients last week was a hedgehog that needed a toenail trim.

“It’s a normal thing we do for dogs and cats, but on a hedgehog it’s a little more exciting,” Greenshields said. “They are really spiky. I had to wear gloves to be able to hold him. They curl up in a little ball so it’s difficult to get to anything.”

These days, most newly-ordained veterinarians go into small animal practice where they focus on dogs and cats, ferrets and gerbils, and possibly, hedgehogs. Another significant percentage specialize in equine practice.

“About 90% of my classmates in vet school are going into small animals practice,” she said. “It’s easier. You are mostly only focusing on two things.”

But Brooke Greenshield’s favorite critters to work with are cattle. At OSU her pre-vet animal science curricula focused on cattle, horses and small ruminants. By the time she was a sophomore, she was certified in AI (artificial insemination.)

“I liked the large animal side of vet school because it was a lot more hands-on,” she said. “I was able to do more.” OSU’s vet school only treats dogs and cats by special referral. But the large animals side takes appointments allowing vet students to work with a variety of animals and their problems.

“There are just so many different aspects to cattle,” she said. “There’s the reproductive aspect. There’s calving, there’s nutrition, there’s caring for injuries, there are so many things. We are part of all of it. Part of the fun of being a rural vet is that you get to watch a lot of these animals grow up from calves to mature animals.”

But for Greenshields, the best part of working with cattle is working with the people who own and manage them.

“Growing up in this county, you have such an appreciation for the lifestyle that goes with cattle,” she said. “I know that it’s a very hardworking community of people. It’s the way of life for them. In rural communities, and especially this community, a vet really plays an important role in people’s lives. And you get to know a huge portion of the community. This community has always been supportive of me. It’s a good way to give back.”