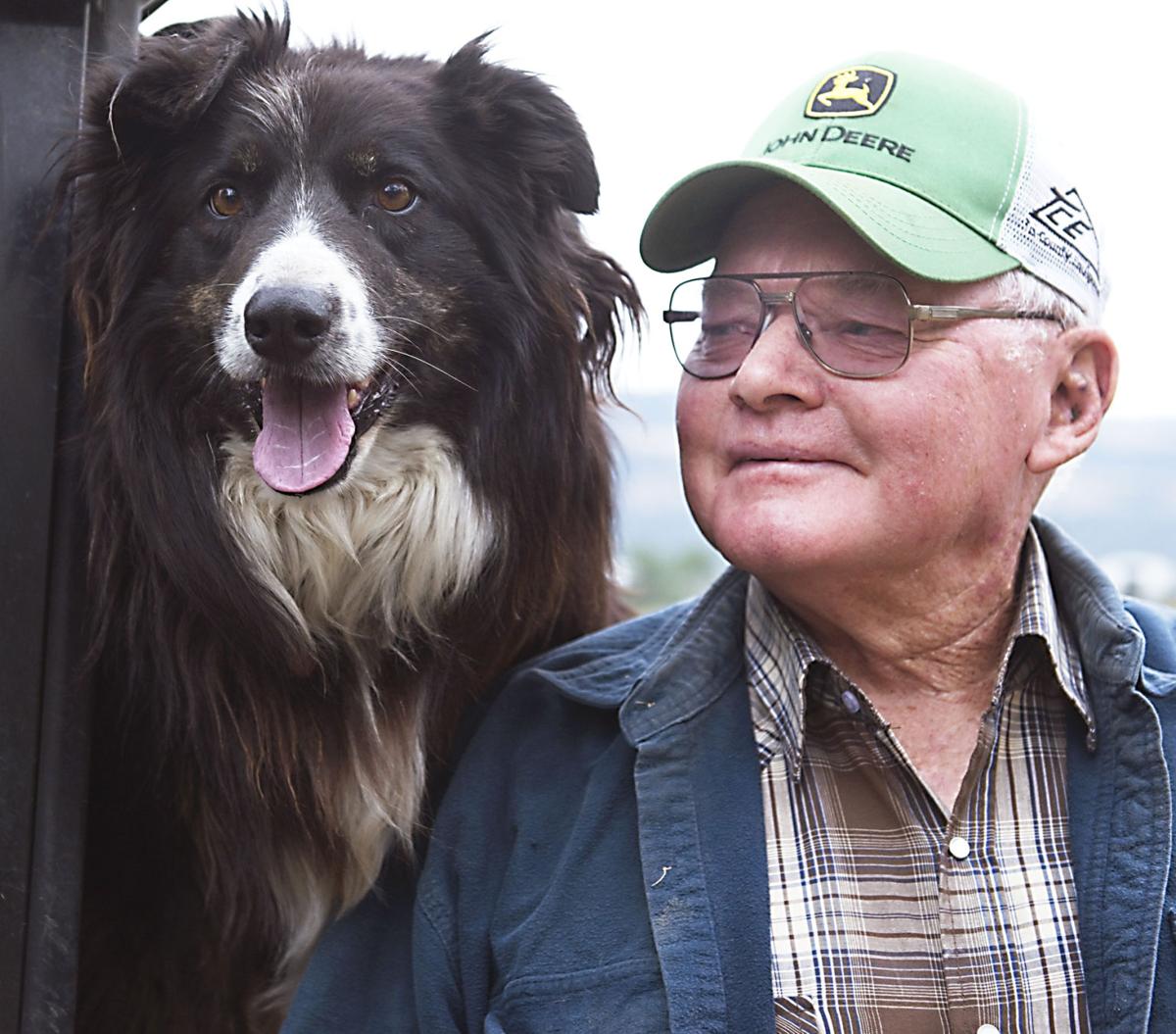 Perry Johnston depends upon his dogs, especially Daisy, to help him work his cattle. 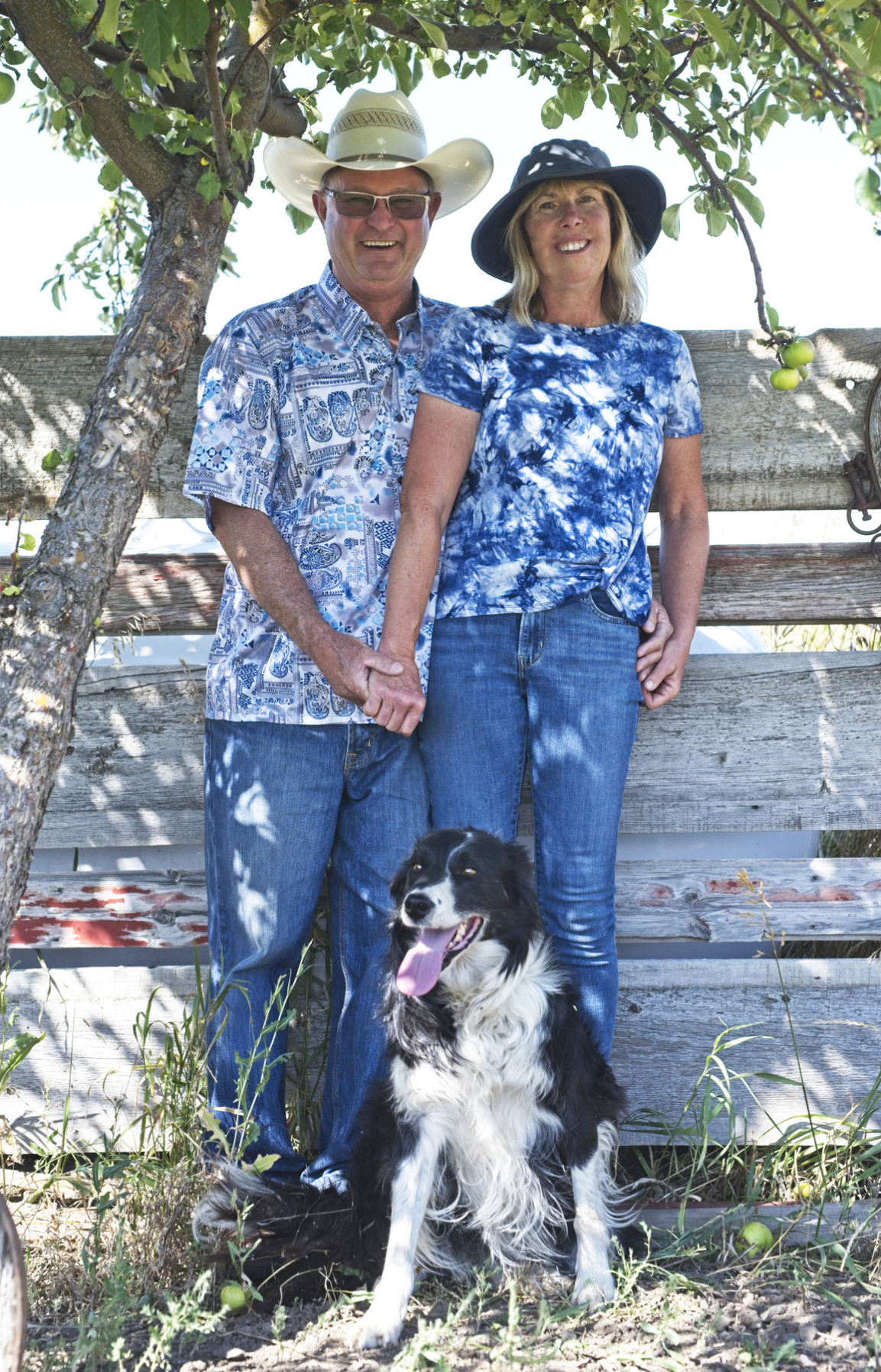 Scott and Kelli Shear and their dog Billie operate a ranch based on Grote Lane, east of Joseph. 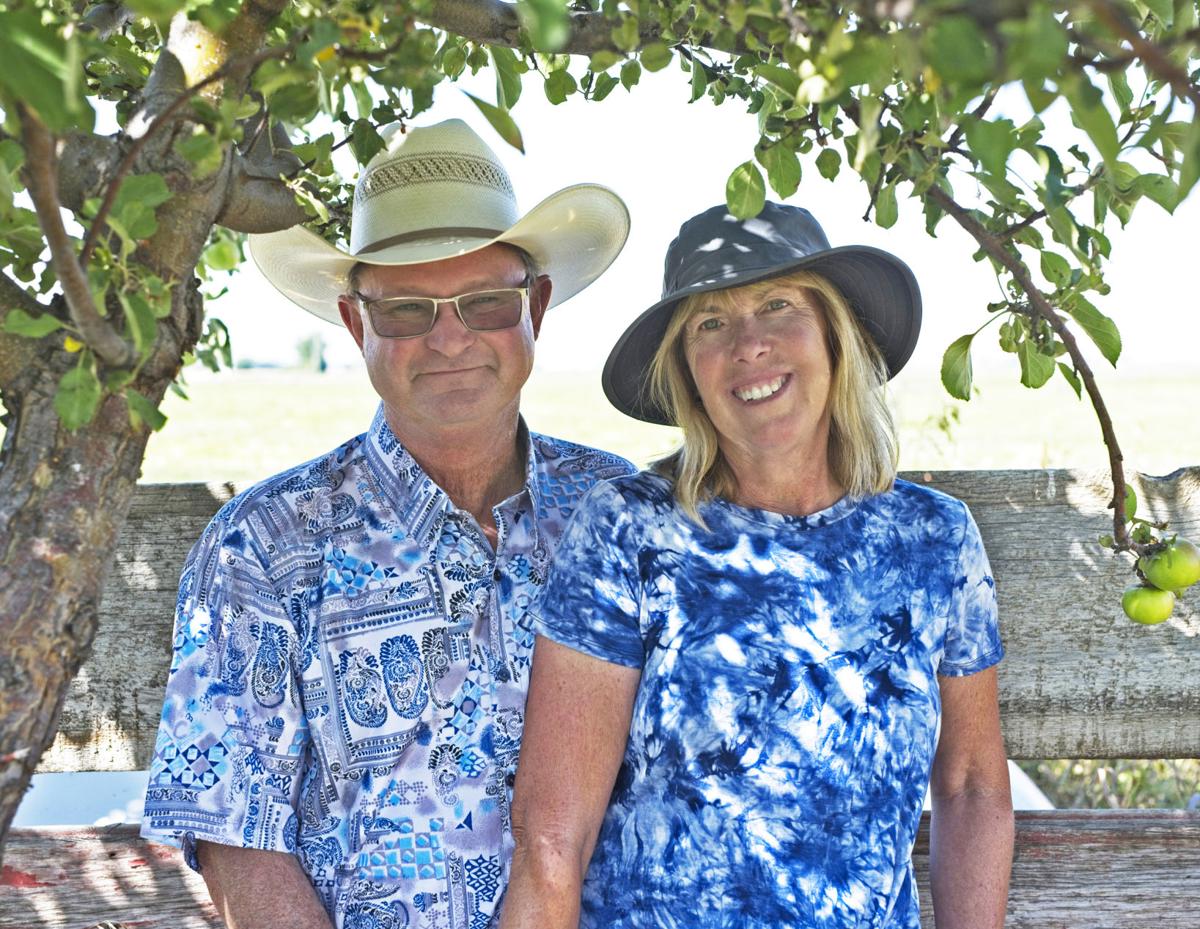 Scott and Kelli Shear of Joseph were honored as Wallowa County Stockgrowers Cattlemen of the Year. 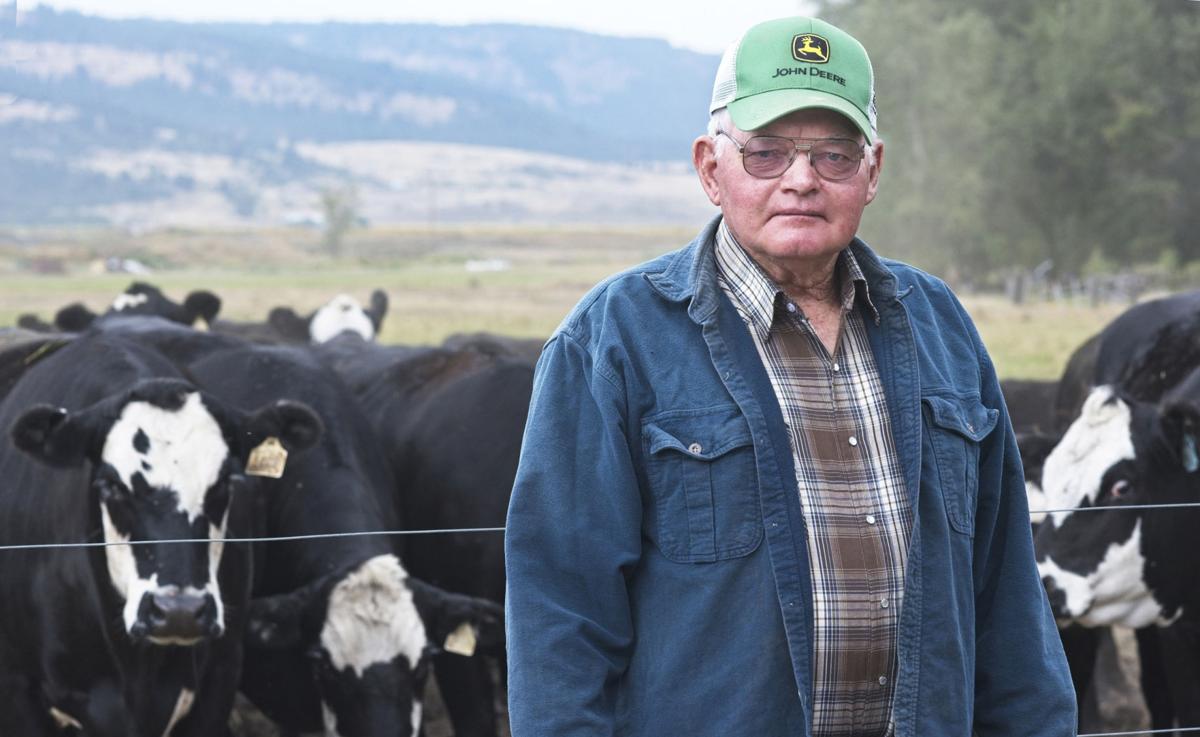 Perry Johnston was recognized as the Honorary Cattleman of the Year by the Wallowa County Stockgrowers Association.

Perry Johnston depends upon his dogs, especially Daisy, to help him work his cattle.

Scott and Kelli Shear and their dog Billie operate a ranch based on Grote Lane, east of Joseph.

Scott and Kelli Shear of Joseph were honored as Wallowa County Stockgrowers Cattlemen of the Year.

Perry Johnston was recognized as the Honorary Cattleman of the Year by the Wallowa County Stockgrowers Association.

Local ranchers Scott and Kelli Shear and Perry Johnston have dedicated their lives to raising superb cattle. Both ranchers were honored at the Wallowa County Stockgrowers Awards Dinner on August 17th.

Shear, a 30-year member of the organization, and his wife, Kelli, received the Cattlemen of the Year Award. He said the award surprised him.

“I was flabbergasted,” he said. “I had no idea. I was pretty speechless, actually.”

The rancher said that Todd Nash presented the award in a way that made it special including some funny stories and a poem he’d written about an incident he and Shear shared. One of the rancher’s daughters was so moved that it brought tears to her eyes.

Shear particularly wanted to make sure his family got a large amount of credit for his ranching success.

“It’s unbelievable what my family contributes — we couldn’t do it without ‘em,” he said. In addition to his wife Kelli, Shear said that all three of their children work for them.

Although the Shear children ended up adopting the ranching lifestyle, he’s aware that not all ranch children find the lifestyle appealing. He said that two of his own children struck out on their own for a few years before returning.

“It’s definitely a tough business,” he said. “It is a good lifestyle and something our whole family can participate in.”

Shear said he never really considered doing anything more lucrative for a living. He just had one idea in his head: “I always wanted to be a cowboy,” he said.

Perry Johnston was honored with the Honorary Cattleman of the Year award. He runs a family cow-calf operation along the Lostine River about midway between Lostine and downtown Wallowa.

His family first came to the county in the 1930s, and began a ranch on Whiskey Creek where Johnston grew up. As a young man, he attended Oregon State University and earned a degree in Animal Science. He returned to the ranch at Whiskey Creek and rented some ground on his own before buying the ranch he now runs in the lower Wallowa Valley

“I’ve always had a desire for that (ranching) and I’ve always enjoyed it,” Johnston said. The lifestyle is a good way to live. I don’t have much use for cities.” Like all good ranchers, Johnston cares for his cattle and his dogs. “The cows know when I’m going to feed them, and they know when I’m going to move them,” he said. “They are smarter than what a lot of people give them credit for.”

Johnson not only has raised superb cattle, but he also has collaborated with the Nez Perce Tribe and ODFW to help restore salmon habitat in the stretch of river that runs through his land.

The rancher wanted to thank the Stockgrowers for the honor of the award.

“Those who have won before, I have a lot of respect for those people,” he said. “It’s quite an honor to be in the same group.” He added that he was surprised to get the award. “I didn’t think I was old enough,” he said with his typical wry humor. “Then I looked in the mirror and said,’Who’s that old guy?’”

Johnston named his late wife, Donna May, as the one who helped keep the ranch going over the years whether it was lambing, calving or working in the hay fields. She passed away about 2 and-a-half years ago.

“We spent 45 years together on the ranch here, and I’m still on it,” he said. “Without her help and her backing and things — we did things together all the time, it wouldn’t have been possible to do the things I’ve done and enjoy it with the other cattlemen and neighbors. She was the other part of the operation, too.”

Johnston also said that he still has family near as his daughter and son-in-law, Ken and Bobbie Lou Baker, bought a neighboring ranch. Both ranches have land in the valley and up in the hills as well.

When asked about the future of family ranching Johnston noted that not long ago, ranchers didn’t worry about who was taking over the family ranch. They worried about surviving.

“Now we worry about how many more years are we going to be able to do this,” he said. “With my daughter and son-in-law working together, it’s kind of a relief there — they could continue on if I decided to get out.” He added that while farm land may hold a lot of value in itself, economic survival is worked out on a day-to-day basis.

“It’s kind of a concern with younger people, but it seems like we’ve got a few young ones coming back into the county, and I think that’s good.”