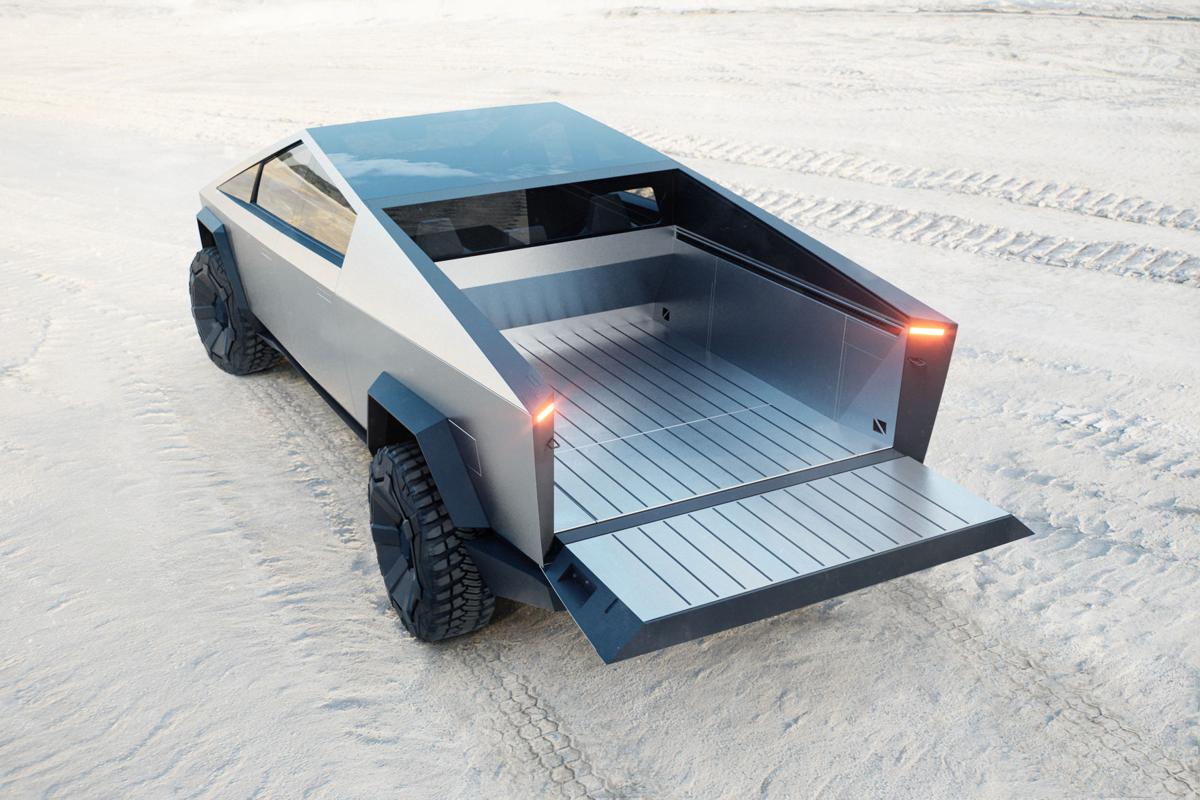 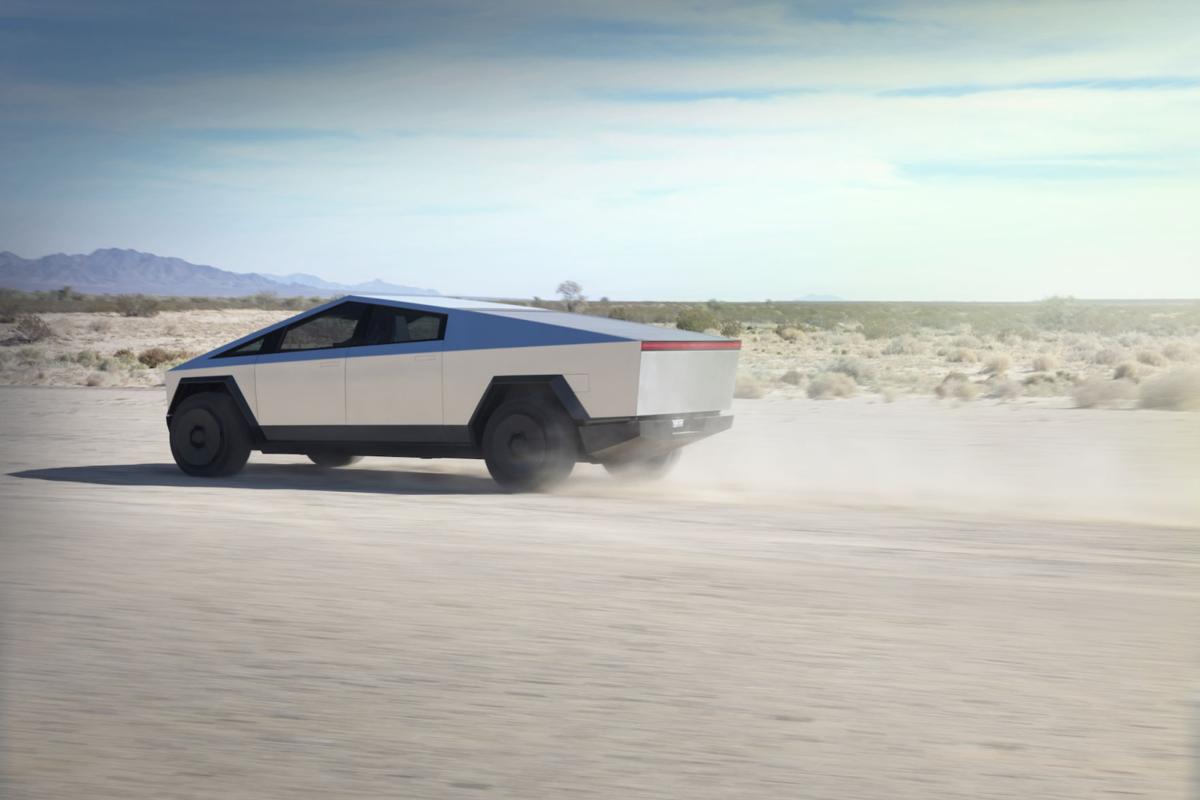 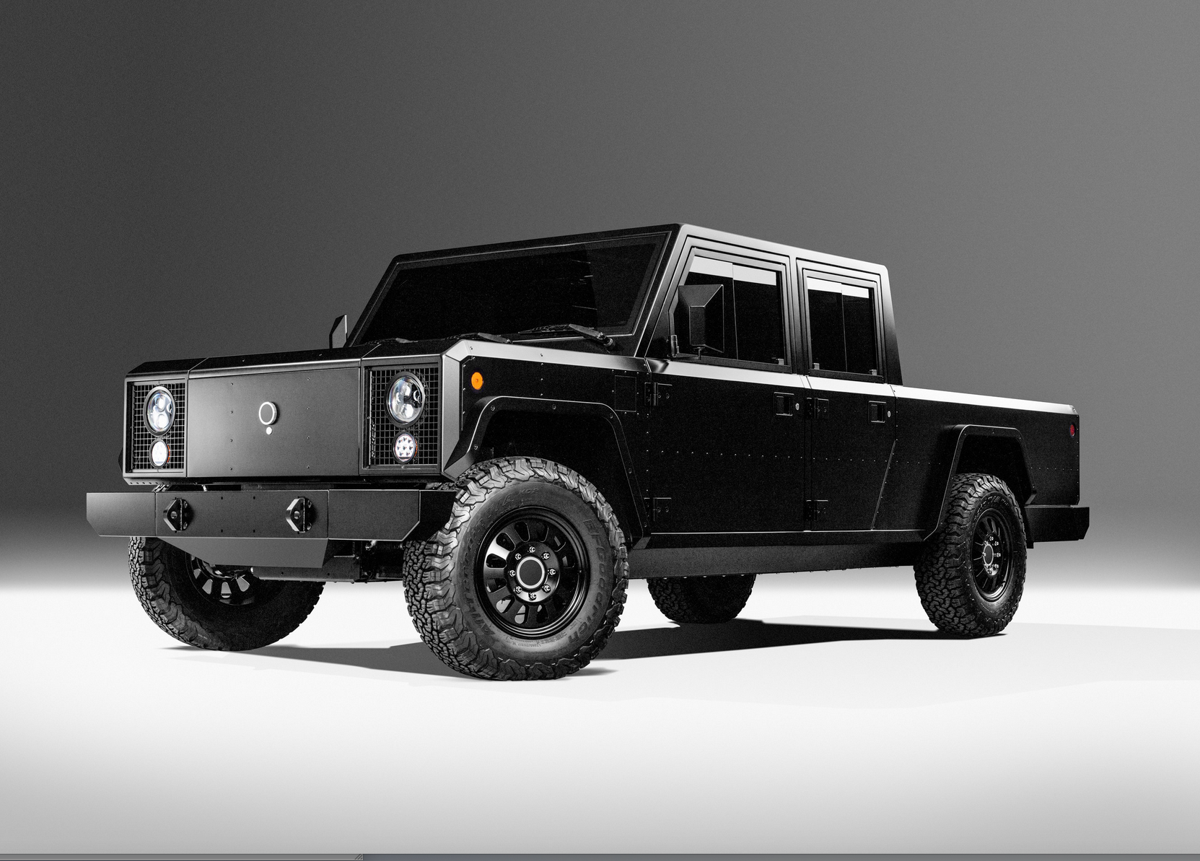 The Bollinger B2 truck’s boxy design harks to the Land Rover Defender. The truck is designed with a customizable body — roof, windows, doors, and rear box panels can be take off and then put back on as use dictates. 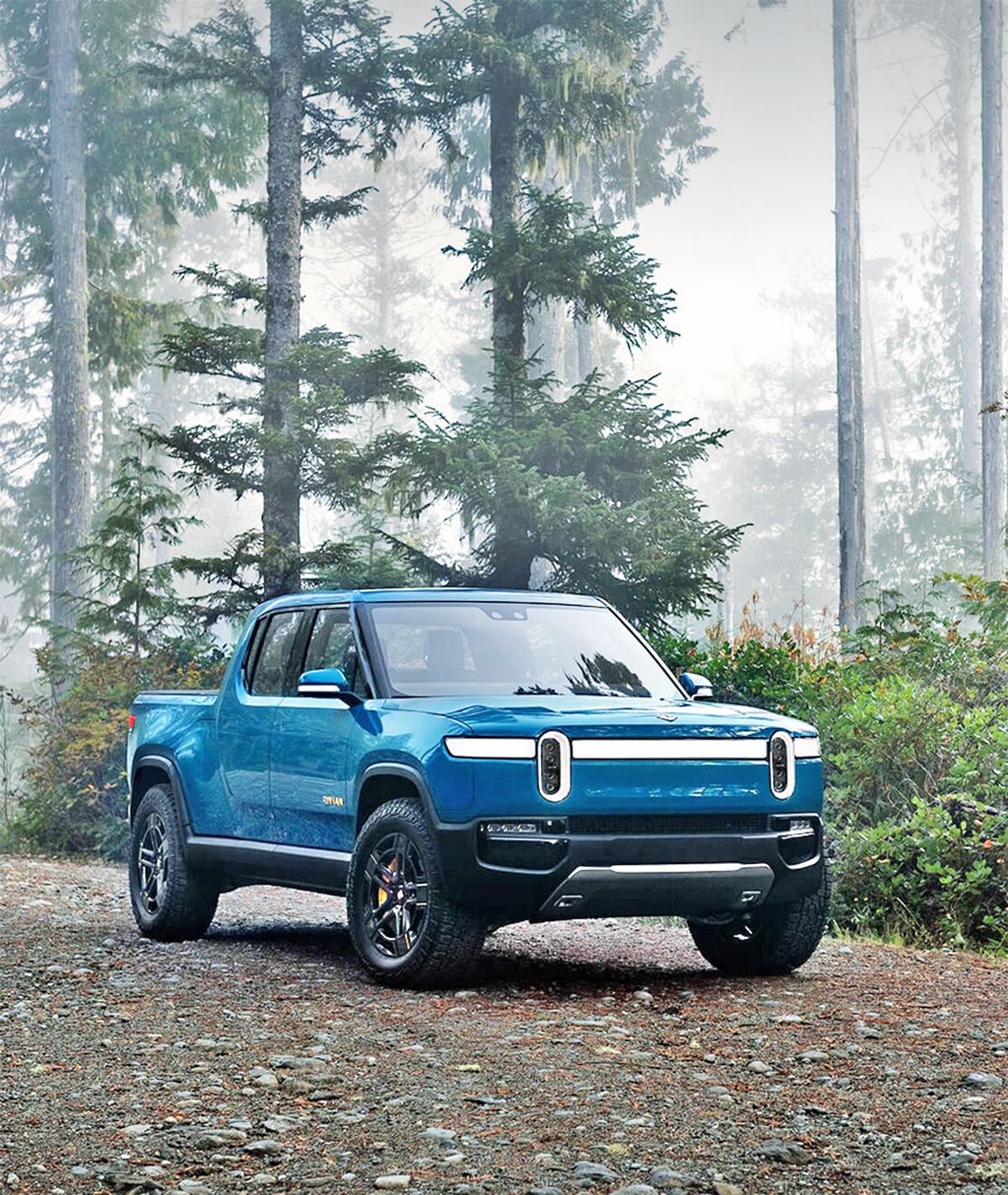 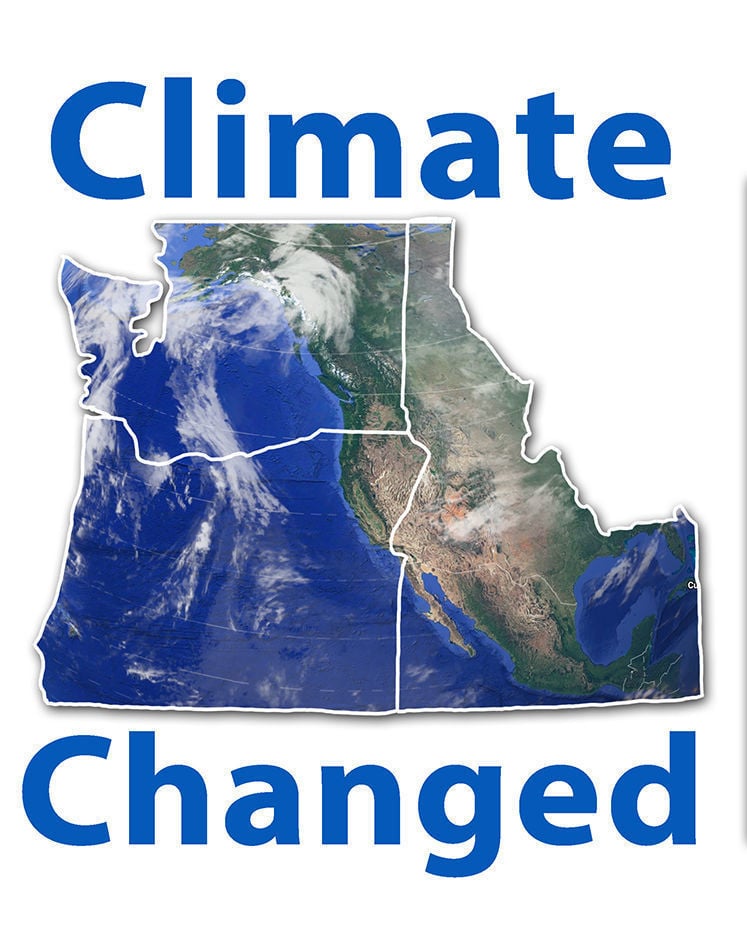 The Bollinger B2 truck’s boxy design harks to the Land Rover Defender. The truck is designed with a customizable body — roof, windows, doors, and rear box panels can be take off and then put back on as use dictates.

More importantly for rural Oregon, electric trucks that can tow 14,000 pounds worth of horses or hay, travel 500 miles on a single charge, and accelerate from 0 to 60 mph in a head-snapping 2.9 seconds are on the horizon. Similar vehicles are already planned for production.

Why electric vehicles? Because carbon emissions from gasoline and diesel-powered vehicles contribute significantly to CO2 in the atmosphere and hence to climate change. Each gallon of gasoline produces about 19.6 pounds of carbon dioxide. Each gallon of diesel fuel produces 22.4 pounds of CO2, according to fuelecon.gov.

Especially in Oregon and the PNW, where more than 60% of electric power comes from a combination of hydro, wind, biomass, geothermal, and solar, swapping petroleum-based vehicles for electric ones can reap significant greenhouse gas emissions benefits, reducing the average annual emissions per vehicle from more than 12,000 pounds to about 1,000 pounds, an 80% drop in CO2.

Last year, fewer than 25 electric cars visited Wallowa County, according to estimates by lodging establishments here that provide charging stations (sidebar). However, rural Oregon is actually more prepared to fuel, if not service, electric vehicles than it might seem, with charging stations in communities from Meacham to Sumpter to Dayville, and in larger communities in between as well.

Two things drive the demand for electric vehicles: avoiding the high coast of petroleum-based fuels, and the desire for lower greenhouse gas emissions.

At the present, with low prices for crude and consequent low prices for gasoline and diesel, the fuel prices are not so important for most vehicle owners. Furthermore, in Oregon EV owners pay higher registration fees — $110 more per year to support highway maintenance—work funded through taxes of gasoline and diesel fuel. It’s important that electric vehicles pay their fair share of the costs, according to the Oregon constitution, “in a manner that is fair and proportionate to the costs incurred for the highway system,” said Oregon Department of Transportation spokesman David House.

The features that seem to sell drivers on electric vehicles now are their lower atmospheric carbon production and also their snappy, but silent, performance. The Porsche Taycan Turbo S accelerates from 0 to 60 in 2.6 seconds and tops out at 155 mph. Its price, a stunning $250,000, makes it an unlikely everyday ride, however. Chevrolet’s Bolt, priced beginning at $37,500, clocks 0-60 in a more pedestrian, though still respectable 6.3 seconds. Tesla’s $42,000 AWD long range Model 3 sedan can achieve 0-60 in 4.4 sec, with a 322 mile range.

But of course, in rural communities with robust winters, gravel roads, and lots of real work to do, pickups rule the roads. Not to worry. There are plenty of EV pickups out there on the drawing boards and approaching production.

Because pickups are the largest selling type of vehicle, with SUV’s in second place, electric vehicle manufacturers, including Ford and GM, have pickups on the drawing boards and soon to be in production.

The most work-worthy electric trucks announced as of January 2020 bear unfamiliar names. These are not just glorified golf carts. They are being produced by startup companies devoted only to producing respectable trucks—some with more passenger friendly SUV’s on the same frame. Bollinger. Nikola. Rivian. Fiskar. Atlis. Workhorse. Tesla. And yes, Ford and GM.

In terms of serious pickups, Ferndale, Michigan electric vehicle manufacturer Bollinger already has a boxy looking 4-door pickup (the B2) with a 5’9” bed ready for production.

The B2’s all-wheel drive, all aluminum body boasts 15” of ground clearance that can be raised or lowered by 5” using the hydraulic system in the vehicle. Dual electric motors, one on each axle, drive the wheels with 614 hp. The body style resembles the old International Scout crossed with the original Land Rover Defender.

Rivian, another Michigan company, offers the RT1, a 5 passenger, more conventional looking pickup. Its top of the line version offers a 400-mile range. The vehicle runs on four electric motors which allow the driver to control the amount of torque delivered to each wheel. Towing capacity: 11,000 pounds, carrying capacity 1,760 lbs. And a claimed 0-60 in 3 seconds flat. The company is backed with 1.2 billion dollars worth of investments from Amazon and Ford. Sticker price: $63,000.

Not to be outdone, Ford is planning to introduce an all-electric version of the F150, built on the Rivian platform in Ford’s Dearborn, Michigan plant. Range: about 300 miles. Price and specs probably similar to the Rivian.

Other pickups include Workhorse Endurance with a 4-wheel drive, which will have a separate electric motor mounted inside each wheel, and the rebirth of the GMC Hummer as an electric SUV and also a light truck version. GMC has plans for a beefier, ¾ to 1-ton electric pickup as well.

Tesla, the upstart startup that started it all, has a futuristic-looking pickup or ”Cybertruck” in the works. The most muscular and work-capable model EV on the drawing board is Tesla’s futuristic tri-motor, all wheel drive, stainless steel uni-body Cybertruck. You can reserve yours now for a refundable fee of $100. Tesla touts the vehicle as capable of towing 14,000 pounds, having a range of 500 miles, and whizzing from 0 to 60 in 2.9 seconds. Obviously, drivers won’t be doing all these at once. But with a planned sticker price of $63,000, the 5-passenger Tesla Trimotor, with a 6.5-foot open bed, seems competitive with existing ¾ and 1 ton gas and diesel trucks. It might even make a good ranch vehicle providing that its space-age “the aliens just landed” appearance doesn’t scare the livestock into the next field.

Coronavirus and COVID-19 have reshaped the release timetable for electric trucks. Tesla’s Cybertruck was slated for production starting in early 2021. However, the Fremont, California plant was shuttered by the coronavirus. According to Tesla’s website, it had planned on opening in early May, but was required to remain closed by an Alameda County shelter in place order extended through May 31. Similarly, Rivian, Bollinger, and GM’s Hummer EV pickup, have all put their production plans on hold.

But sooner or later, electric trucks will be part of the vehicular landscape, and part of the equation to reduce CO2 emissions and slow climate change. Get ready. They’re coming.

Where to find EV charging stations in NE Oregon

Where to find EV charging stations