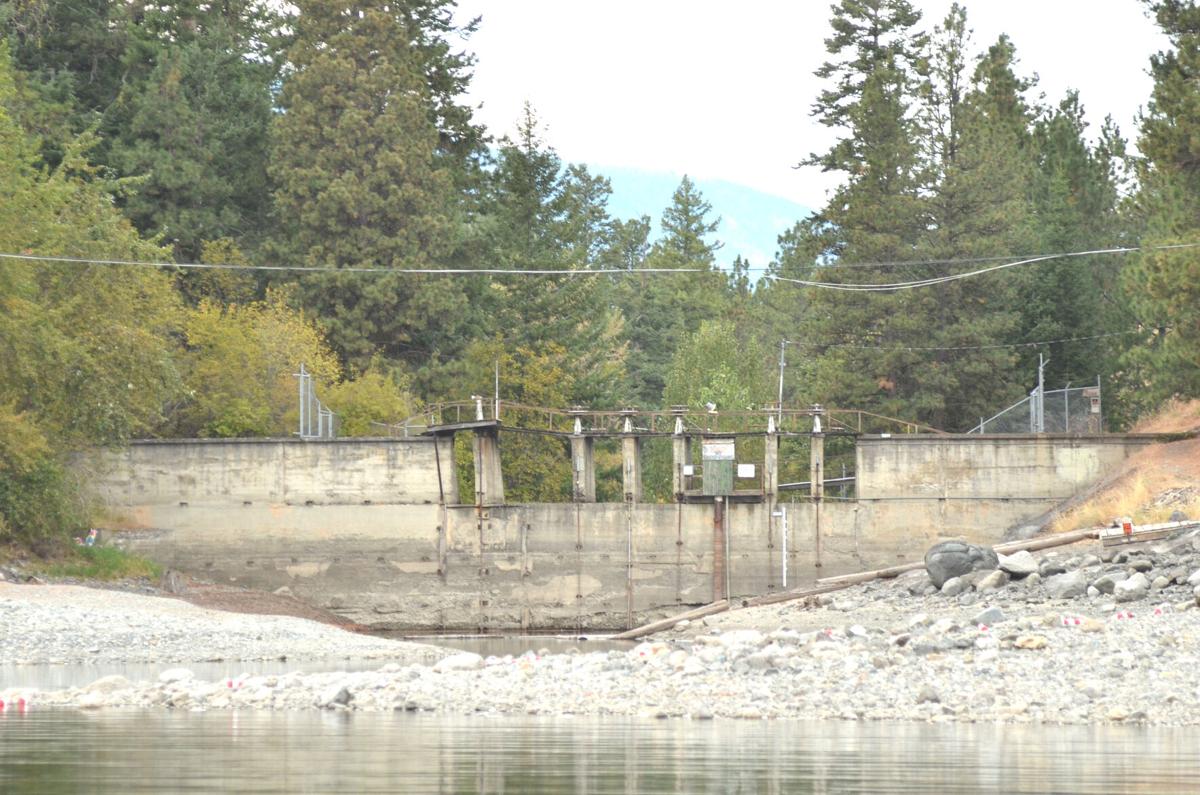 The Wallowa Lake Dam is awaiting a $16 million refurbishment that is being held up by flagging lottery revenues needed to pay for the bonds to fund the project. 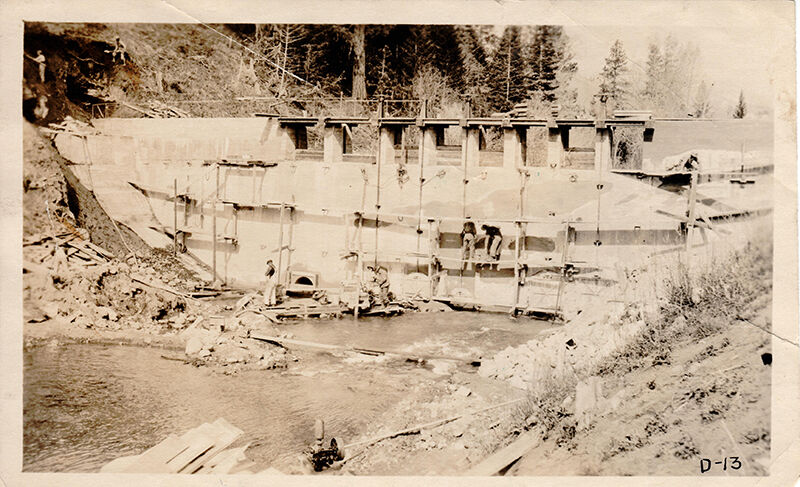 The Wallowa Lake Dam is seen under construction about 1919.

The Wallowa Lake Dam is awaiting a $16 million refurbishment that is being held up by flagging lottery revenues needed to pay for the bonds to fund the project.

The Wallowa Lake Dam is seen under construction about 1919.

ENTERPRISE — Funding to rebuild the Wallowa Lake Dam remains on hold as the anticipated September report on state lottery revenues came in below what was needed to fund it and 36 other projects selected by the Oregon Legislature last year.

Sen. Bill Hansell, R-Athena, said Thursday, Sept. 24, the September lottery forecast came in the previous day and it did show a $2 billion rebound from what had been projected. However, that’s not enough to fund all the projects.

“The way it was described to me it was all or none,” according to the way the Legislature set the budget, Hansell said.

The dam and other projects were put on hold when the June lottery report came in below the 4-to-1 ratio needed to sell bonds to fund them. That means $4 million in lottery revenue must come in to sell $1 million in bonds. At that time, the report came in at only 3.1 to 1.

Hansell said he hadn’t yet seen the report, but if what he’s been told is accurate, there are options available.

The first — and most likely — would be for the Oregon Legislature to meet in special session and amend the budget it passed in 2019. In doing so, the Legislature could drop some of the projects from the list or reduce the amount each of the projects would receive.

The second option, Hansell said, is that the lottery suddenly rebound to the point where all projects could be fully funded.

The third option, he said, is to do nothing and start work on the projects over again next year.

“I don’t think anybody wants to do that,” the senator said.

In fact, funding the dam and other projects has the unique characteristic of virtually total support from both sides of the political aisle — Gov. Kate Brown has expressed her support, too — and from all the stakeholders and constituents involved. Only the funding is blocking the projects.

“Everything’s on the table — the negotiations, the politics, the mojo to get something done,” Hansell said. “It’s all on table.”

The senator said the September lottery report improved about 45% over the previous report, adding $150 million.

He said that partial rebound improves the amount that came in, but it’s not up to the necessary four-to-one ratio. He wasn’t sure what the most recent ratio is.

The primary stakeholders in the $16 million dam refurbishment are the Wallowa Lake Irrigation District — which owns and operates the dam, the Oregon Department of Fish & Wildlife, the Nez Perce Tribe and the Confederated Tribes of the Umatilla Indian Reservation.

“We’ve been anticipating that,” said Dan Butterfield, president of the irrigation district, upon hearing of the disappointing lottery report. “We just want to make sure we just stay in line so we don’t have to start over.”

He said that in the memorandum of agreement recently signed by the four stakeholders there is a clause that allows the district to withdraw if the dam project is not fully funded, though he said that is quite unlikely.

“We’re in no hurry to do anything drastic,” Butterfield said. “It’s just that until we have the money in the bank, I’m not going to assume it’s going forward.”

He said the project has been in the works for more than 20 years and there have been times the stakeholders have gotten their hopes up in the past, only to be disappointed.

“This is further than we’ve ever gotten before,” he said. “We’ve been limping along for some time, so we’ll keep limping.”

Jeff Yanke, a watershed manager with ODFW, agreed that despite the letdown on the lottery report, his department will continue working on the project.

“Even though we’re at a standstill on dam funding, we’re still working on other elements,” he said. “It’s important to keep moving forward.”

Jim Harbeck, field office supervisor of Nez Perce Tribe’s Department of Fisheries Resources Management in Joseph, said he hadn’t heard anything official on the lottery report so he couldn’t comment, other than to say he remains fully in support of the dam project.

The dam, originally built in 1919, does not meet current dam safety standards, putting at risk downstream communities. Due to this risk, it has operated at a reduced water storage capacity since the 1990s, according to a press release from ODFW.

The project will modify the dam by improving the spillway, restoring the structural integrity, replacing the five conduit gates with new gates and upgrading the electrical and instrumentation. The rehabilitated dam will provide flood protection to local communities, more water to irrigators, the possibility of hydropower development, potable water for local communities and a host of other benefits.

When it was built, the dam did not provide a fish passage, another element to be included with the possibility of restoring sockeye salmon to Wallowa Lake. The type of passage has yet to be determined.

“It has long been a policy goal of the Umatilla Tribes to see sockeye restored to Wallowa Lake, as well as passage for other native fish,” said Kat Brigham, chairwoman of the tribes. “Many of our members rely on sockeye salmon for cultural and subsistence purposes. We appreciate that this agreement is a step in the right direction in these difficult times and will work for more progress when our economy improves.”

The Nez Perce Tribe also is eager to see the project move forward.

“This project will ecologically reconnect Wallowa Lake to its river and protect flows in a basin critical to the many resources the Nez Perce people have used and relied upon in this area since time immemorial,” said Shannon Wheeler, chairwoman of the Nez Perce Tribal Executive Committee.

Hansell and others agreed that the failed lottery revenue was another casualty of the COVID-19 pandemic.

“It’s all because of the virus,” he said. “As we’re reopening, it’s starting to rebound but it hasn’t rebounded enough.”