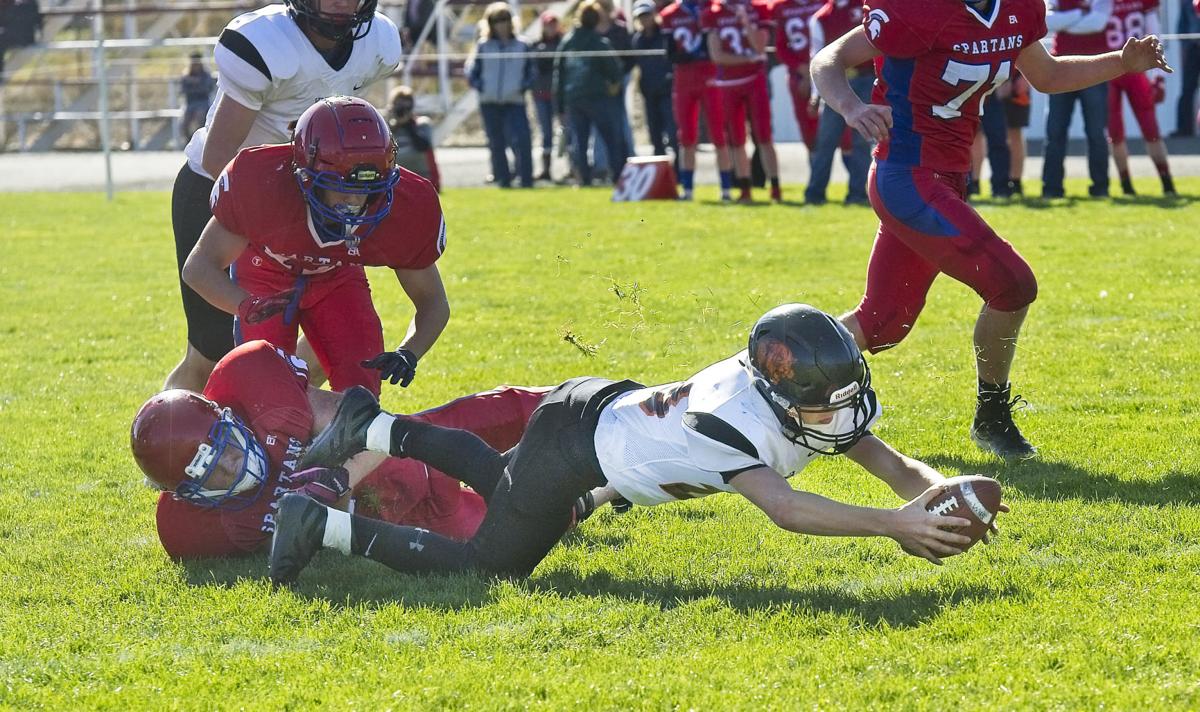 Wallowa’s Mason Moore stretches for more yards during a game last year against Pine Eagle. The OSAA announced Wednesday, Aug. 5, it has set a sports calendar for the 2020-21 season that will have traditional winter sports played in January and February, fall sports in March and April, and spring sports in May and June. The first football games would take place the week of March 15. 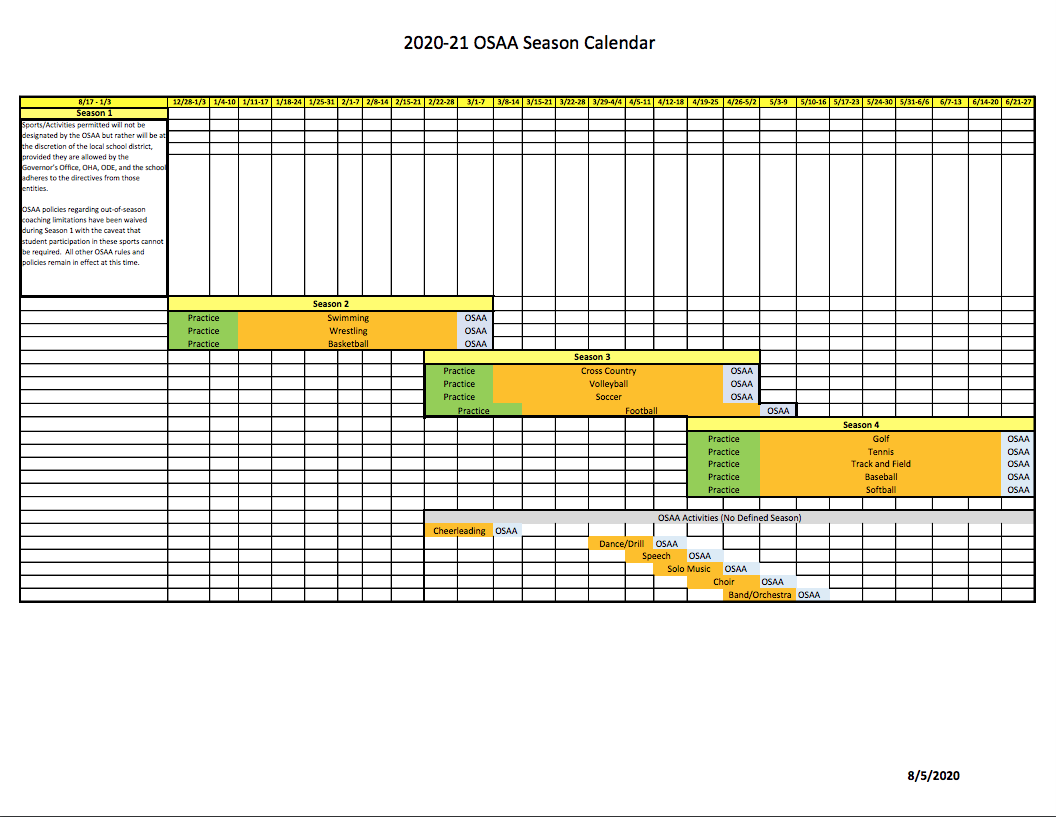 The calendar put together by OSAA for the upcoming 2020-21 sports season has four distinct seasons and limits the amount of overlap between sports.

SALEM — High school sports in Oregon will not kick off until 2021.

OSAA Executive Director Peter Weber said in putting together the calendar the executive board looked at what several other western states — Washington, California, and Nevada specifically — had done in laying out three distinct seasons and sought to do the same.

Keeping the seasons intact, he said, was a goal so student-athletes would not have to choose one sport over the other.

The calendar change came after Oregon health officials announced a school reopening plan that has caused many schools — including La Grande — to make the decision to start the 2020-21 school year online. Large districts in the state have said it would be October or November at the earliest before they could resume in-person teaching.

Under the OSAA’s new calendar, there are four seasons — Season 1, Season 2, Season 3 and Season 4. Season 2 is for winter sports, 3 is for fall sports and 4 is for spring sports.

Season 1 is a period during the traditional fall season where the executive board decided to waive its usual out-of-season coaching policies. That will allow for sports participation from Aug. 17 through Dec. 27 at the discretion of individual school districts, which would need to adhere to state health guidelines.

Weber said the OSAA is awaiting guidance from the Oregon Department of Education on if it would consider allowing students to take part in activities while engaging in distance learning. He said he expects the requirement of students being in the classroom to take part in activities to continue this fall, which would mean schools would have to indeed reopen in person for athletics to resume.

“We’re still expecting some more guidance around sports,” he said. “One of the reasons we (chose) the plan we did is it put the flexibility in place either way.”

Wallowa head football coach Matt Brockamp said that he was glad that his athletes would have a chance to play.

“There’s a lot of uncertainty about who we might play. Probably more local or regional teams,” he said. “It’s all up in the air. We’ll just have to wait and see.”

Joseph Charter School’s superintendent and girls basketball coach Lance Homan said that he hadn’t had much time to consider the schedules of the revamped seasons from the viewpoint of a school administrator.

“I appreciate what OSAA is doing to work with the regulations and protocols so there can be sports in the schools,” he said. “It’s going to be good for the kids. I know that the coaches and everyone on the teams would want a full season, but kids will be glad to have a chance to play.”

Enterprise Athletic Director Beccy Nordtvedt noted that the four seasons were short, but that the health and safety of both community and students were paramount.

“We are glad to have a chance to play. Keeping kids safe is paramount and we are going to make the best of it,” she said. “The first season has no oversight by OSAA, so if your school is open you could do something. There’s a possibility of some regional play, but that’s kind of up in the air at this point until we know what’s going on with our schools and the schools around us.”

Under the new calendar, Season 2 will begin practices Dec. 28 and a seven-week regular season begins Jan. 11. Season 3 begins practice Feb. 22 and starts contests on March 8, with the exception of football, which would play its first games the week of March 15. And Season 4 practices will open on April 19 and begin games on May 3.

In Season 2, teams will be able to take part in eight swim meets, nine wrestling competitions and 14 basketball games. Season 3 will see seven football games, 10 soccer matches, nine cross-country meets and 14 playing dates for volleyball. In Season 4, baseball and softball will have 18 games, and there will be nine track meets, 12 playing dates for tennis and 14 nine-hole rounds for golf.

At the end of each seven-week season, there will be a one-week “culminating week.” In the press release, OSAA said the culminating week specifics will be laid out in the months ahead.

Weber said the executive board doesn’t know what the culminating week will look like, but it being just a week long doesn’t rule out the opportunity for students or teams to play for a championship, even though a possible tournament format would look vastly different.

“We talked about some different things,” he said. “A football contingency group said maybe that’s a bowl game. In other sports there could be some other opportunities. Or it could be something different. It could be regional in manner.”

He noted that state restrictions on gathering sizes could limit what would be allowed.