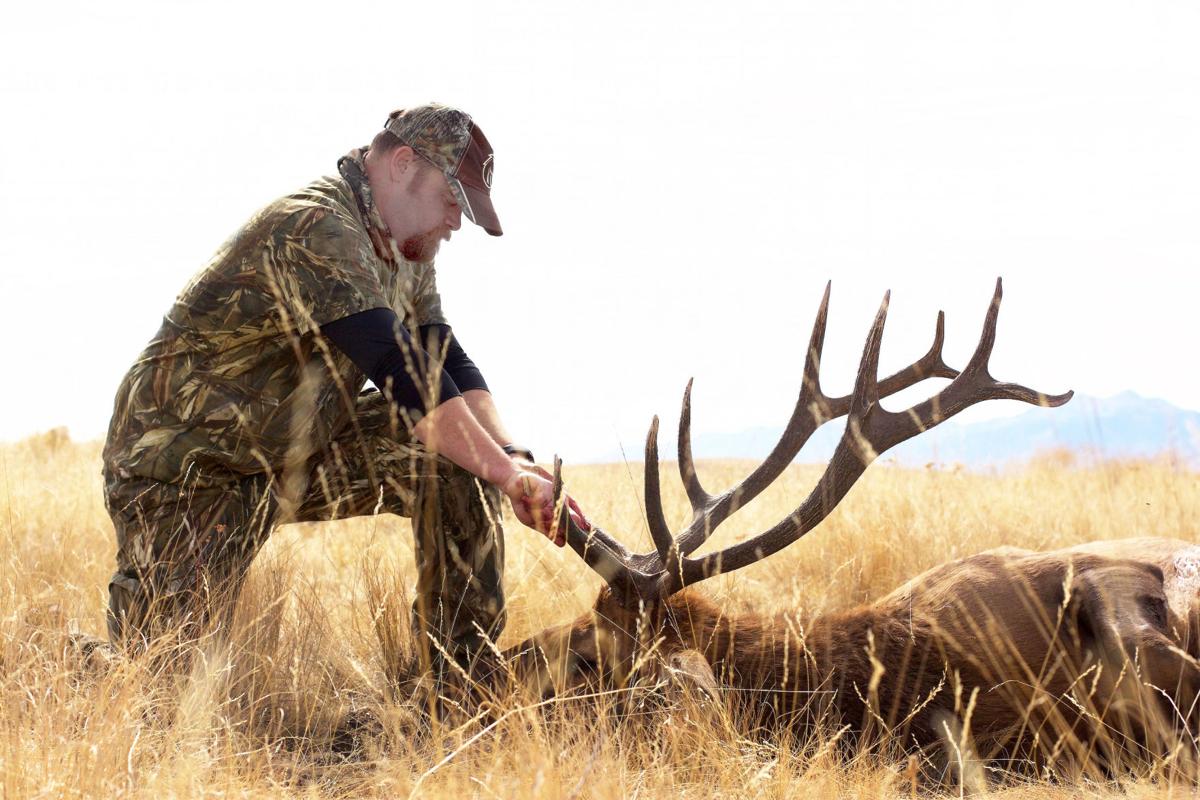 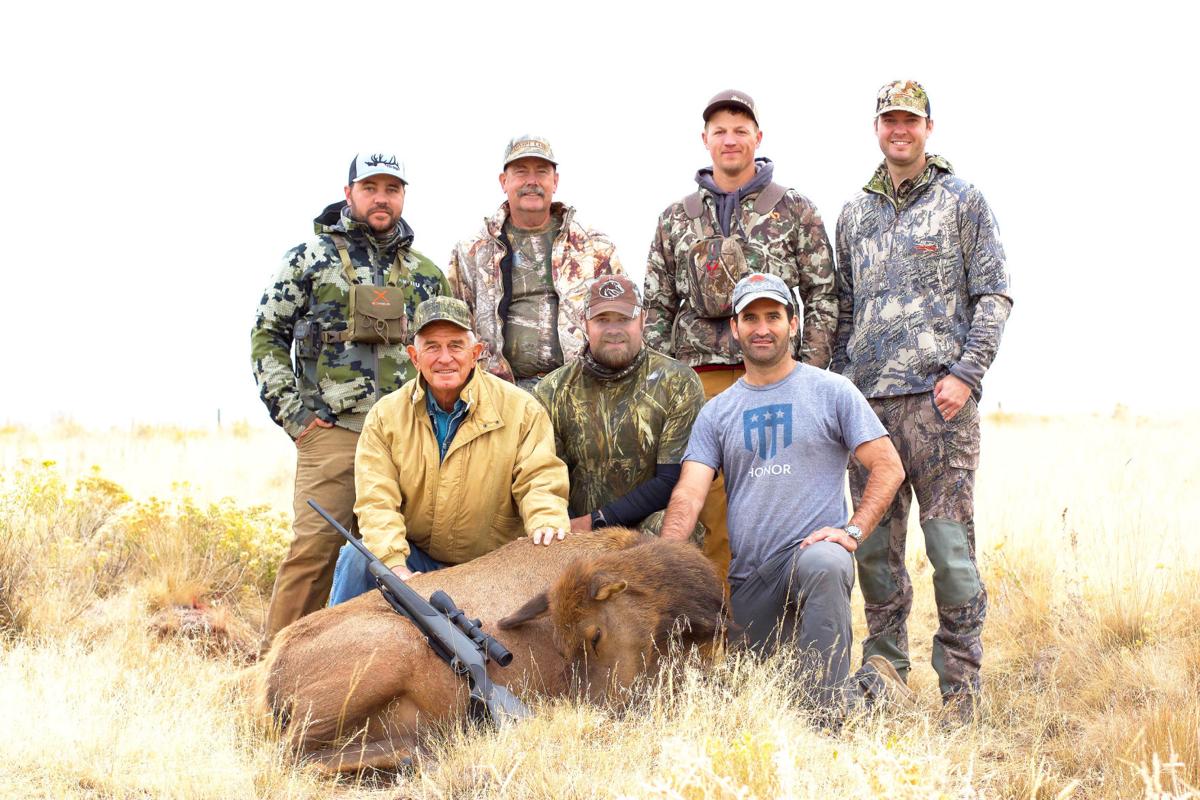 Tyrone Woods gave his life defending the CIA compound that came under fire during the Sept. 11-12 in Benghazi, Libya, in 2011.

Woods is being honored again for his heroism by a special hunt with Divide Camp, the local organization devoted to helping 9/11 era veterans suffering from physical and psychological injuries through immersion in nature.

Collin Field had the honor of making the first hunt. He was also accompanied by Jim Soares, who acted as guide, as well as John Doyle, an active duty SEAL who was awarded a special depredation cow tag, which he filled

Woods’ father, Charles Woods, met with Divide Camp director Julie Wheeler nearly two years ago and mentioned that a memorial elk hunt would be a nice way to honor his son’s sacrifice. He even had an elk tag he wanted to transfer to a veteran, but the Oregon Department of Fish and Wildlife wouldn’t consider the idea.

Wheeler happened to be looking into acquiring tags for the organization’s combat-wounded vets. The ODFW stonewalled Wheeler’s request because the tags are issued under the draw system. The roadblock didn’t stop Wheeler.

“To plan your year out, you have to know who’s coming to hunt, when you’re hunting, who’s guiding and all that. We couldn’t do it,” she said.

About five years into her directorship, Wheeler knew things had to change. She contacted State Sen. Bill Hansell and State Rep. Greg Barreto. The director initially wanted to have the legislators consider a bill that would exempt active-duty veterans from having to pay out of state license fees.

As Hansell discovered, active duty veterans don’t have to pay out-of-state fees. Despite Wheeler’s previous inquiries with the ODFW, no one from the agency mentioned it to her. Local stores in both Wallowa County and in Ruch, Ore., where Wheeler lives, were also unfamiliar with the law. Without the exemption, hunters had to pay approximately $680.

Although that solved one problem, the camp still couldn’t obtain buck and bull tags specifically targeted for veterans.

During a conference call with Barreto, Hansell and Brian Boquist, a state senator who is also works on veterans affairs in the legislature, Divide Camp presented its case.

Wheeler was aware that the state gave out approximately 30 tags for disabled children, and she created a virtually matching proposal that inserted the words “combat-wounded veterans.”

All three congressmen liked the proposal, and Boquist authored Senate Bill 1517, which allowed the issuance of tags specifically designated for veterans along with disabled children. It was approved in both legislative branches unanimously.

Divide Camp was in business. The organization received two buck, two bull elk and a bear tag annually. One of those two bull tags is now used for the memorial hunt.

Andy Marcum, a former Marine and a current Divide Camp board member, was looking for current or former SEALs, particularly those who knew Woods, to participate in the hunt. Through an ex-SEAL, Marcum was given the name of Field, a 14-year Navy veteran.

“I told him I’d be more than happy to come out,” Field said. Doyle, an active duty SEAL who knew Woods, also came out for the hunt and secured a depredation cow tag through the camp. Both men received SEAL training from Woods.

“He formed us into SEALS,” Field said.

Neither of the men were familiar with Wallowa County, but both fell in love with the area during their stay and intend to return as early as next May.

“Just the history of this place is incredible, with Chief Joseph and everything,” Field said. “The town, the camp, the Divide, and everyone involved in it ... people in the town who offer their help for things. It’s been a truly amazing experience.”

Doyle killed his elk on the last day of the hunt.

“This was an incredible experience,” he said. “I didn’t even know this memorial hunt existed. You get out here and you just see these incredible people all giving 100 percent to make this an amazing experience. It’s nice to know this Tyrone Woods hunt is going on forever. It’s an absolute honor to be a part of it.”

“One things we’ve realized here is the people, not just the country, make it special,” he said. “The people here are so warm and hospitable.”

He added that the camp needs landowners to donate hunting tags for vets.

Doyle also believes the hunt is an extraordinary way to memorialize his former instructor.

“I think it’s an awesome way to memorialize Ty, with something he was actively involved in and who truly deserves it,” he said. “We need to keep it going.”

Former or current SEALs who wish to participate in the Tyrone Woods Memorial Hunt can contact Wheeler at 541-539-9939 or Marcum at 541-263-1053. Other contact information can be found at the group’s website dividecamp.org.