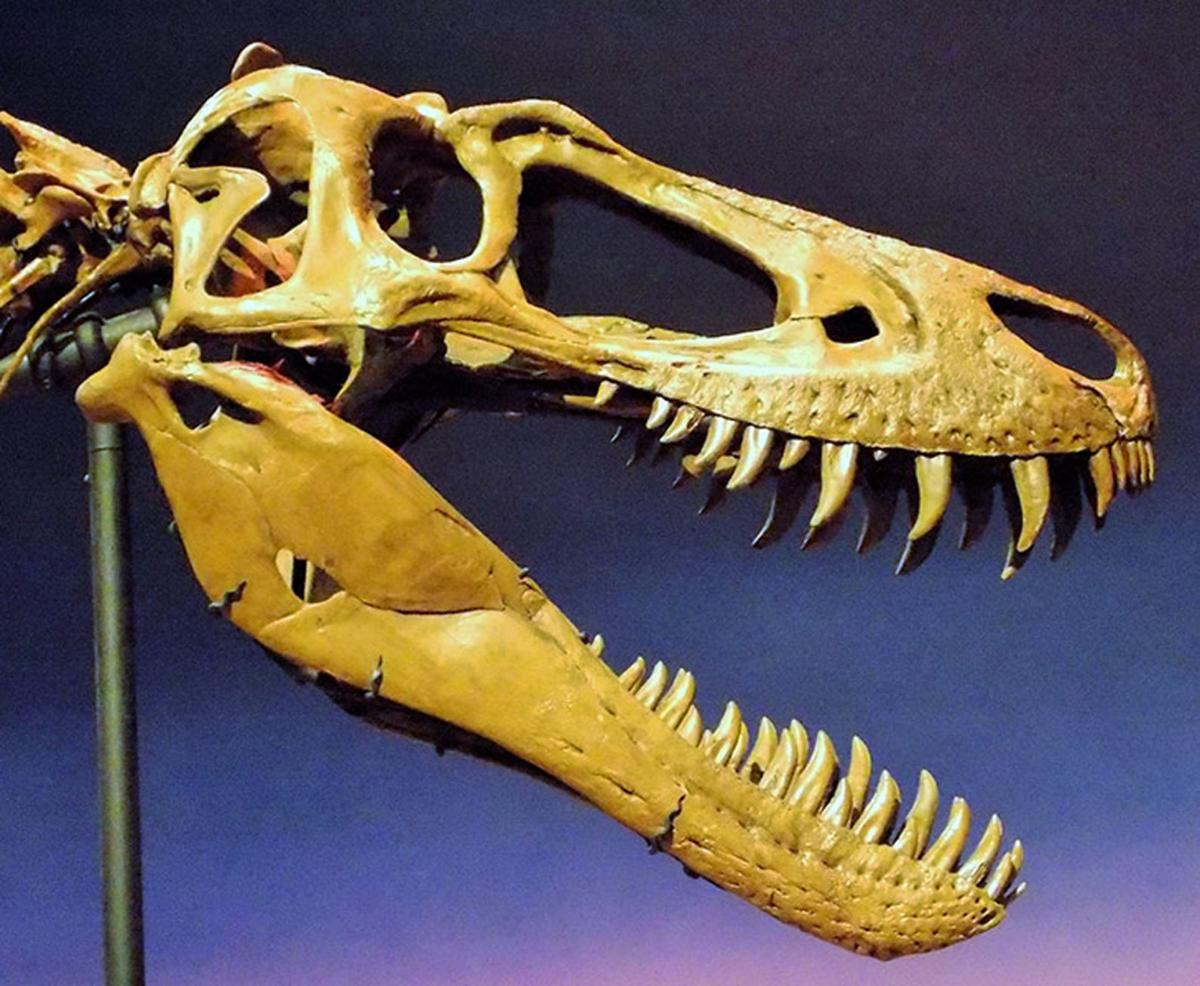 {span}The skull of the juvenile T. rex, “Jane,” was slender with knife-like teeth, having not yet grown big enough to crush bone. {/span} 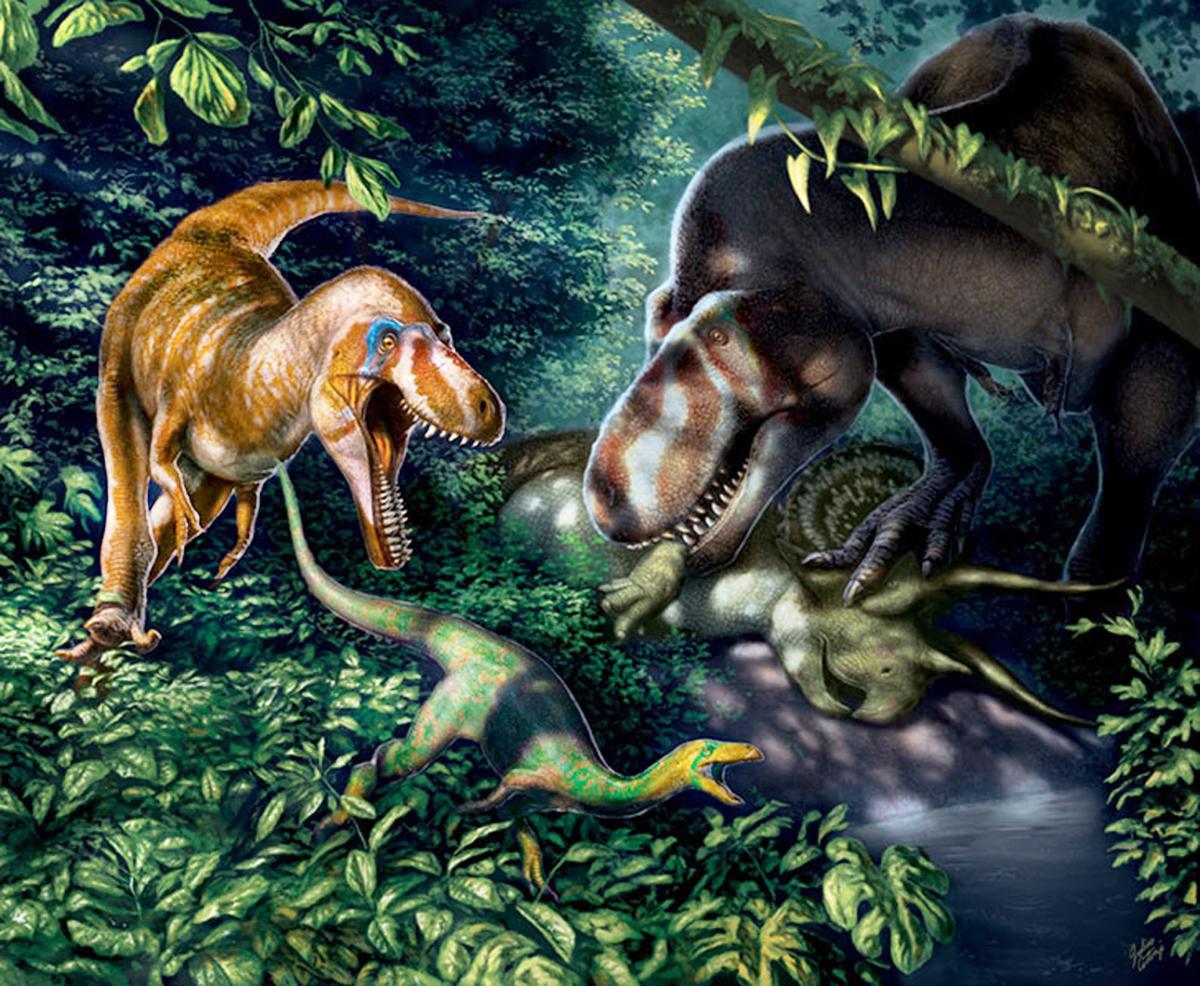 Juvenile Tyrannosaurus rex were fleet-footed with knife-like teeth, dominating the mid-carnivore niche before growing up to become the giant, bone-crushing king of dinosaurs.

{span}The skull of the juvenile T. rex, “Jane,” was slender with knife-like teeth, having not yet grown big enough to crush bone. {/span}

Juvenile Tyrannosaurus rex were fleet-footed with knife-like teeth, dominating the mid-carnivore niche before growing up to become the giant, bone-crushing king of dinosaurs.

Without a doubt, Tyrannosaurus rex is the most famous dinosaur in the world. The 40-foot-long predator with bone crushing teeth inside a 5-foot long head are the stuff of legend. Now, a look within the bones of two mid-sized, immature T. rex allow scientists to learn about the tyrant king’s terrible teens as well.

In the early 2000s, the fossil skeletons of two comparatively small T. rex were collected from Carter County, Mont., by Burpee Museum of Natural History in Rockford, Ill. Nicknamed “Jane” and “Petey,” the Tyrannosaurs would have been slightly taller than a draft horse and twice as long.

“Historically, many museums would collect the biggest, most impressive fossils of a dinosaur species for display and ignore the others,” Woodward said. “The problem is that those smaller fossils may be from younger animals. So, for a long while we’ve had large gaps in our understanding of how dinosaurs grew up, and T. rex is no exception.”

The smaller size of Jane and Petey is what make them so incredibly important. Not only can scientists now study how the bones and proportions changed as T. rex matured, but they can also utilize paleohistology — the study of fossil bone microstructure — to learn about juvenile growth rates and ages. Woodward and her team removed thin slices from the leg bones of Jane and Petey and examined them at high magnification.

“To me, it’s always amazing to find that if you have something like a huge fossilized dinosaur bone, it’s fossilized on the microscopic level as well,” Woodward said. “And by comparing these fossilized microstructures to similar features found in modern bone, we know they provide clues to metabolism, growth rate, and age.”

The team determined that the small T. rex were growing as fast as modern-day warm-blooded animals such as mammals and birds. Woodward and her colleagues also found that by counting the annual rings within the bone, much like counting tree rings, Jane and Petey were teenaged T. rex when they died; 13 and 15 years old, respectively.

There had been speculation that the two small skeletons weren’t T. rex at all, but a smaller pygmy relative Nanotyrannus. Study of the bones using histology led the researchers to the conclusion that the skeletons were juvenile T. rex and not a new pygmy species.

Instead, Woodward points out, because it took T. rex up to 20 years to reach adult size, the tyrant king probably underwent drastic changes as it matured. Juveniles such as Jane and Petey were fast, fleet footed and had knife-like teeth for cutting, whereas adults were lumbering bone crushers. Not only that, but Woodward’s team discovered that growing T. rex could do a neat trick: if its food source was scarce during a particular year, it just didn’t grow as much. And if food was plentiful, it grew a lot.

“The spacing between annual growth rings record how much an individual grows from one year to the next. The spacing between the rings within Jane, Petey, and even older individuals is inconsistent — some years the spacing is close together and other years it’s spread apart,” said Woodward.

The research by Woodward and her team writes a new chapter in the early years of the world’s most famous dinosaur, providing evidence that it assumed the crown of tyrant king long before it reached adult size.

Materials provided by Oklahoma State University Center for Health Sciences. Note: Content may be edited for style and length.