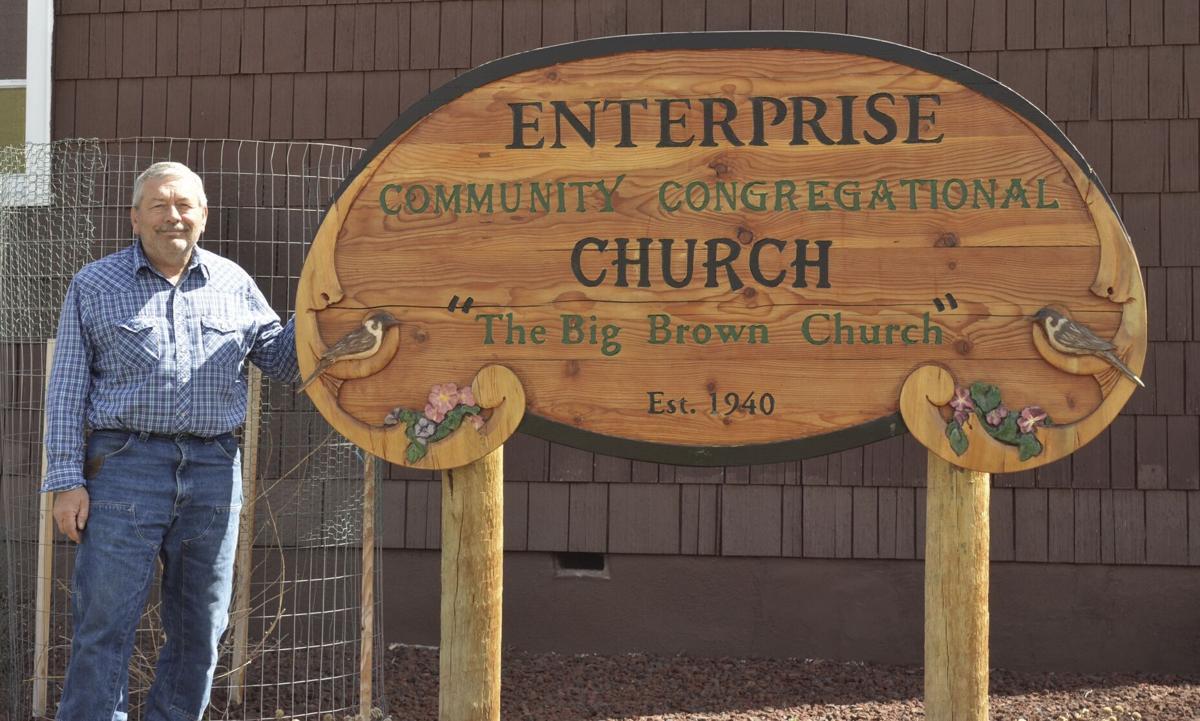 Outgoing Pastor Archie Hook stands by the sign of the Community Congregational Church in Enterprise on Thursday, April 22, 2021. Hook’s last sermon as pastor at the “Big Brown Church” was Sunday, April 25. 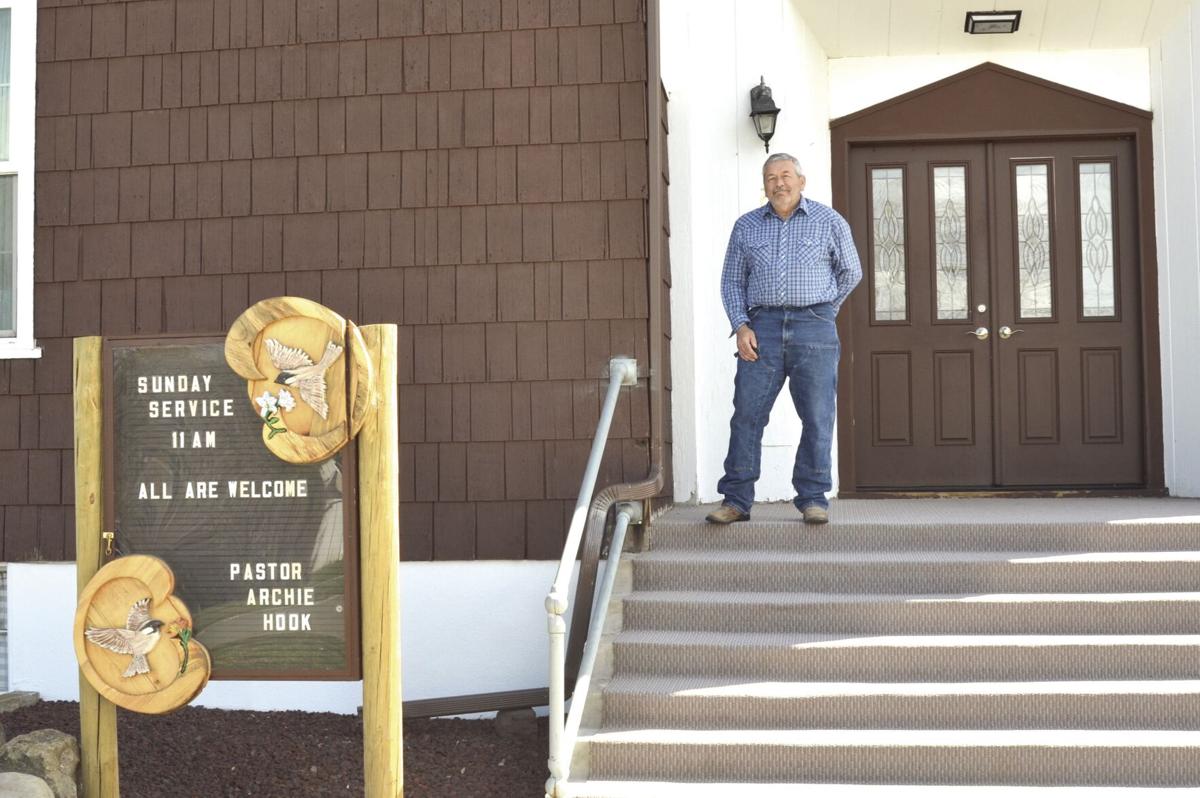 Outgoing Pastor Archie Hook stands on the fronts steps of the Community Congregational Church in Enterprise on Thursday, April 22, 2021. Hook’s last sermon as pastor at the “Big Brown Church” was Sunday, April 25.

Outgoing Pastor Archie Hook stands by the sign of the Community Congregational Church in Enterprise on Thursday, April 22, 2021. Hook’s last sermon as pastor at the “Big Brown Church” was Sunday, April 25.

Outgoing Pastor Archie Hook stands on the fronts steps of the Community Congregational Church in Enterprise on Thursday, April 22, 2021. Hook’s last sermon as pastor at the “Big Brown Church” was Sunday, April 25.

ENTERPRISE — Enterprise’s Christian community is losing one of its leaders, as Pastor Archie Hook gave his final sermon Sunday, April 25, at the Community Congregational Church.

After serving as pastor here for five years — come August — he’s moving onto take a similar post at the First Christian Church (Disciples of Christ) in La Grande.

“I’m retiring from the (Wallowa County) Grain Growers and this job came up,” he said. “It’s people I’ve known and a church I’ve gone to in the past. They called and said, ‘Would you be interested in coming back?’ and we said, ‘Sure.’”

A Wallowa County native, Hook has lived here for about 25 years, working as fuel and propane manager at Grain Growers. He officially retires from there in mid-May, at which time he’ll take up his new post as a pastor in La Grande.

“I was born and raise here and we came back,” he said. “So it’s always been a lifelong dream to live here and serve the people. There are absolutely wonderful people here in the county. They say the beauty is the mountains, but that’s not the only beauty here in the county.”

The “Big Brown Church” where Hook has served, with its congregation of about 40 regular attendees, has long been an integral part of the Enterprise community.

The congregation has always vigorously reached out to people in their times of trouble, helping them through tough times, Hook said.

“Just being here and allowing people to come in or, if they want, we’ll go visit,” he said of the outreach efforts.

The church, which is part of the National Association of Congregational Christian Churches, also supports the local food bank and other charitable organizations.

Hook said the COVID-19 pandemic has cut attendance at his church, as is the case with most.

“Absolutely,” he said. “The attendance is probably down by half.”

He’s not sure how the church will replace him as pastor. In the interim, some members will step up to preach on Sundays, and they plan to reach out to others in the community to preach, he said.

Hook said he and his wife will soon move from their Lostine-area home to the La Grande area. They also have a son and daughter here.

But leaving the county is more than leaving a place with beautiful scenery, he said.

“The people are the beauty of the county. They’re the reason to be here. You can’t survive on scenery,” he said. “If you can build relationships with the people here, you can survive on anything. If you can serve them in a loving, compassionate way, you’ll have success.”

And building those relationships is what he believes he’s been able to do.

“It’s been an honor to live here and serve the people here,” Hook said. “It’ll be a little difficult to leave, but not all that difficult. We know we have the prayers of the community, and we all have to rely on that.”