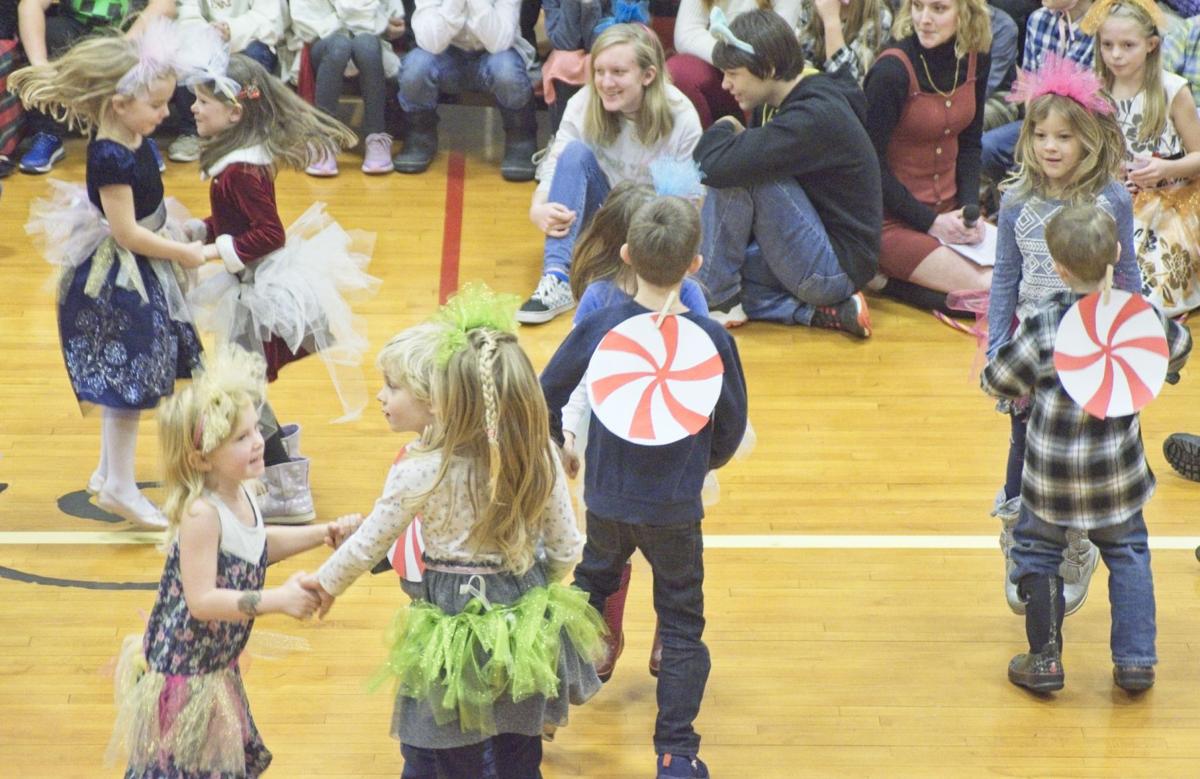 Kindergarteners perform Tchaikovsky’s Dance of the Sugar Plum Fairy on Wednesday, Dec. 11, during Enterprise Elementary School’s Christmas concert based on The Nutcracker. 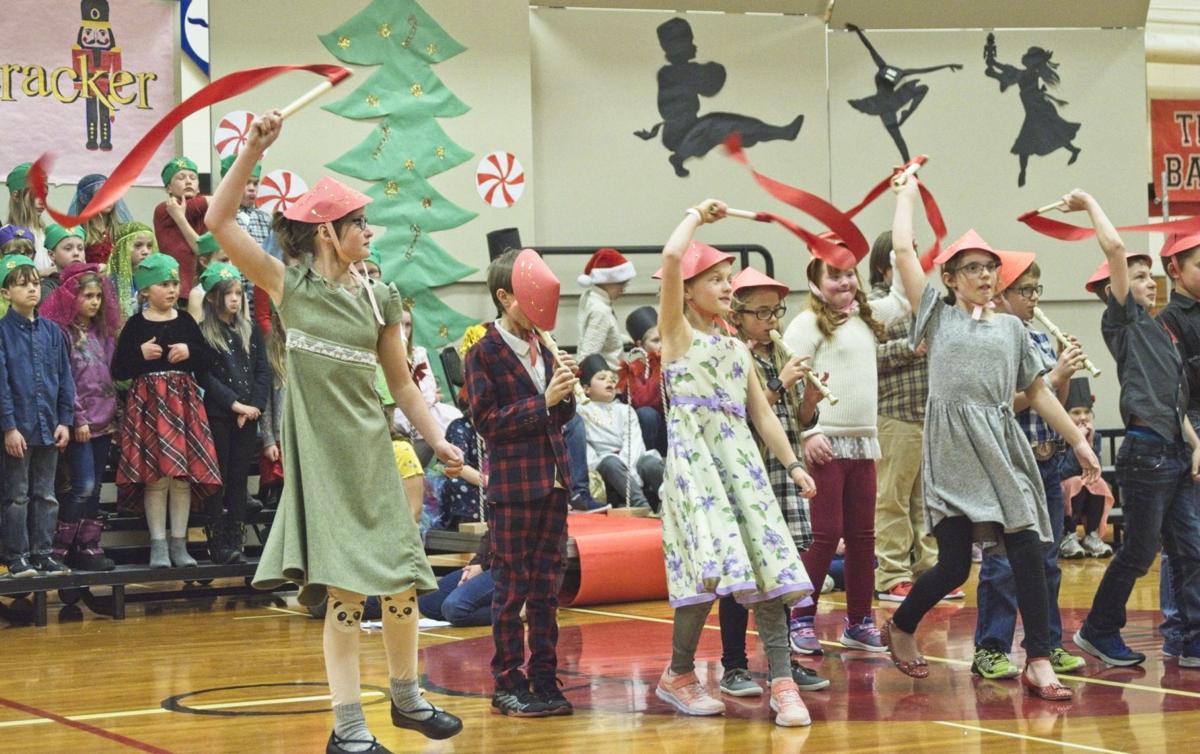 Kindergarteners perform Tchaikovsky’s Dance of the Sugar Plum Fairy on Wednesday, Dec. 11, during Enterprise Elementary School’s Christmas concert based on The Nutcracker.

Clara and the Nutcracker were accompanied by dancing Russians, Arabians, Chinese, flowers and reed flutes Wednesday, Dec. 11, as Enterprise Elementary School put on its Christmas Concert based on Pyotr Ilyich Tchaikovsky’s “The Nutcracker.”

Directed by K-12 music teacher Leslie Carlsen, much of the music came from the classical Russian composer’s ballet that has come to be associated with Christmas. Many of the arrangements of Tchaikovsky pieces were by musical artist Sally Albrecht and had lyrics added.

Carlsen was proud of the kids’ performance.

“I thought they did great,” she said after the performance by nearly 200 students that was witnessed by a packed gymnasium full of parents, grandparents and friends.

Selections in addition to those from “The Nutcracker” also were a part of the concert. All the students joined to open it with “Still, Still, Still,” followed by kindergarteners singing and signing “O Christmas Tree.”

Then it was the third grade’s turn with “Toyland” by Victor Herbert and Roy Mac Donough, with first- and second-graders up next with “Nuttin’ for Christmas” by Sid Tepper and Roy C. Bennett. The kindergarteners returned with the nursery rhyme, “Hickory Dickory Dock.”

The latter drew surprised laughs from the audience when Savanna Rynearson and Mady Bronson’s well-performed dance was occasionally interrupted by banging drums and clanging cymbals carried by boys from the group of musicians accompanying the dance.

After the “Reeds” came “The Waltz of the Flowers” performed by first-, second- and third-graders.

The concert concluded with the junior high/high school choir coming on stage to sing “Silent Night” and lead the grade-schoolers and the audience in the classical Christmas favorite.