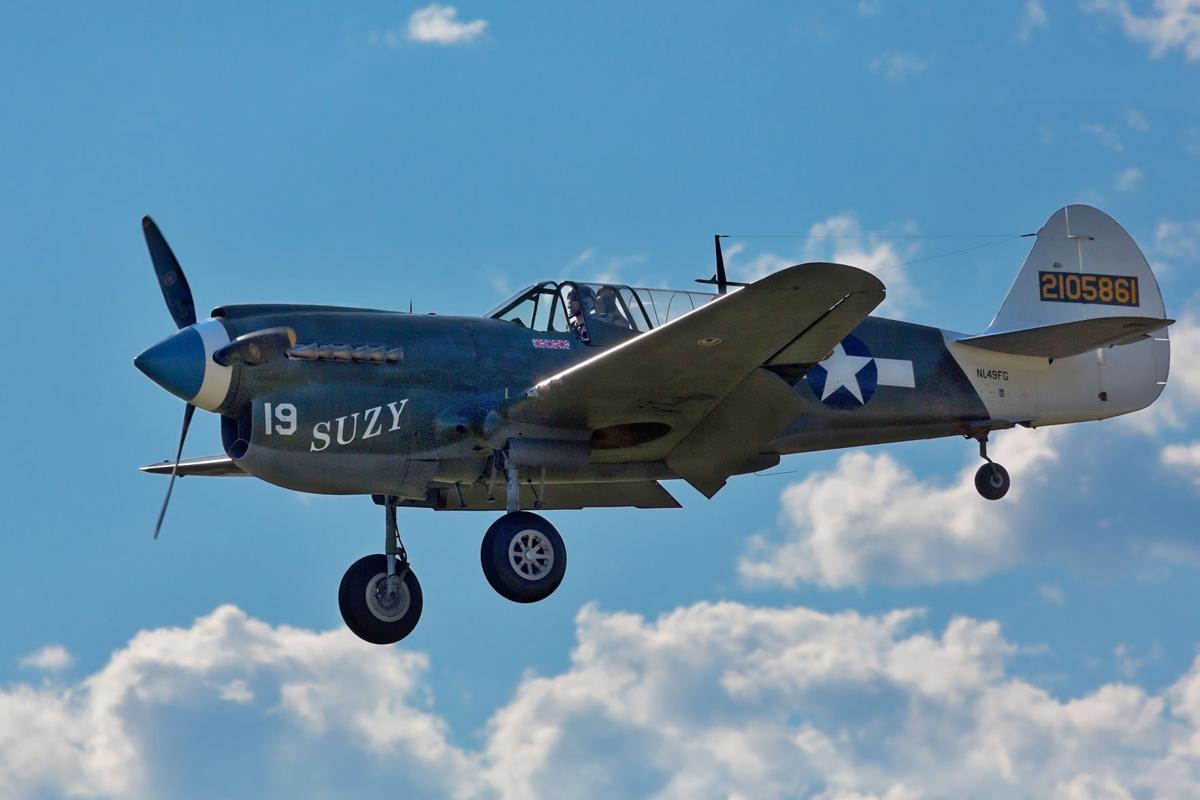 The WWII P-40 fighter could hit 600 mph in a dive, and level flight under "war power" was at speeds of around 300 mph. It was the only plane to fight in all the theaters of WWII--the Pacific, Europe, and Africa. 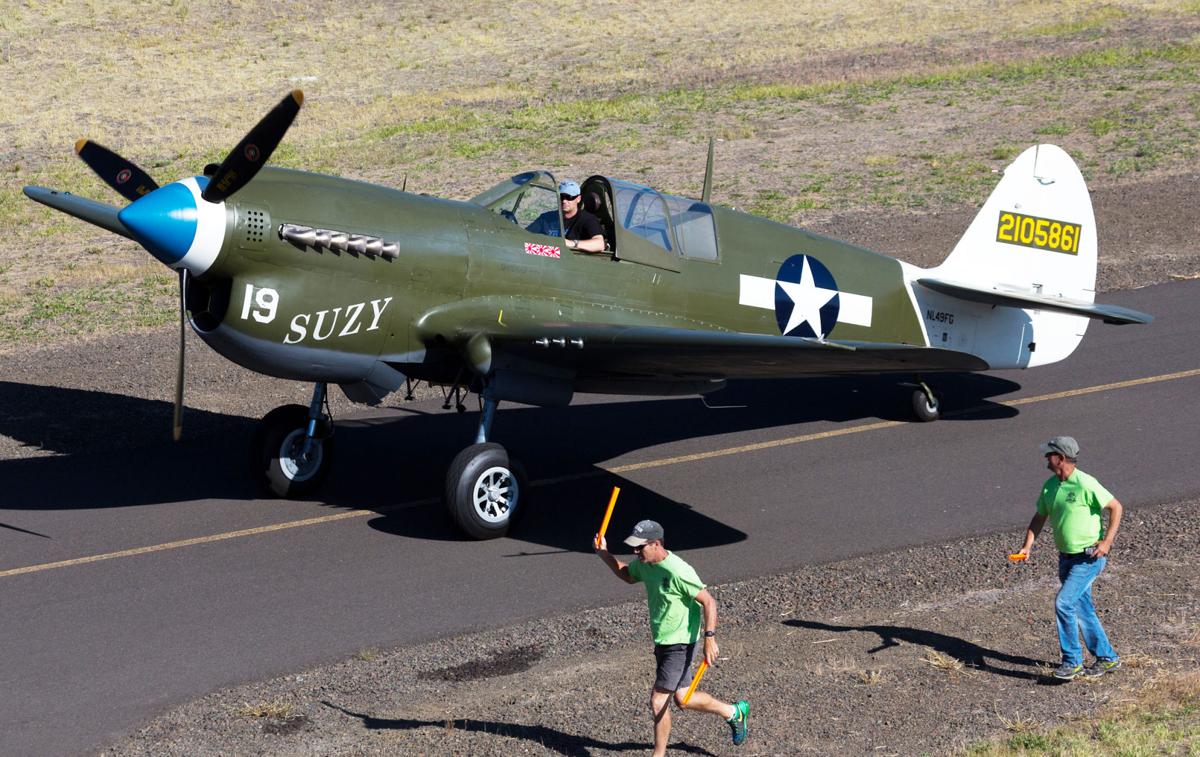 Mary Edwards for The Chieftain

The P-40 could cruise at “war power’ at about 300 mph, and hit 600 mph on dives. It was the only American fighter to fly in all theaters of WWII: Europe, the Pacific, and Africa.

The WWII P-40 fighter could hit 600 mph in a dive, and level flight under "war power" was at speeds of around 300 mph. It was the only plane to fight in all the theaters of WWII--the Pacific, Europe, and Africa.

Mary Edwards for The Chieftain

The P-40 could cruise at “war power’ at about 300 mph, and hit 600 mph on dives. It was the only American fighter to fly in all theaters of WWII: Europe, the Pacific, and Africa.

The historic, WWII aircraft included a restored WWII P-40 and a replica P-64, both of which reside at Hanger 180, in Lewiston, Idaho.

The P-40 is a true WWII fighter which flew missions in Paupua, New Guinea with the 49th Fighter Wing, owner and pilot Gary Peters noted. The planes, known as “Flying Tigers” were some of the most effective fighter aircraft of WWII. After the war, the plane ended up in Louisiana, parked under LSU Tiger Stadium as part of a disorganized collection of “Tiger” memorabilia. “No one really knew what it was,” Peters said. “Then LSU sold the plane to the City of Baton Rouge. They sort of restored it with bondo and a lot of paint and hung it in a museum. They didn’t know they had a real P-40. They thought they had a Hollywood replica from the movie Tora Tora Tora.” Then the plane was discovered by John Fowletts who was looking for a genuine P-40 to restore. “It turned into an 11 year restoration project,” Peters said. “But the plane finally flew in 2008. We brought it back to Lewiston about three years ago.”

The P-40 at the Fly-in is one of only about 30 in the world that are still flying. The plane has an Allison engine that generates about 1300 horsepower during takeoff. “The extra engine we have in the hangar in Lewiston was actually flown during the war,” Peterson said. “Those original war engines were flown full-out, at ‘war power.’ They had to be rebuilt after about 250 hours of flying time. But we can get 1200 to 1500 hours on the engine before it needs work, if you treat it right.”

When flying level at “war power” the P-40 could reach speeds of 300 mph. The P-40 is one of the fastest diving prop airplanes ever built. “It’s dive speeds were over 600 miles per hour,” Peters said. “It’s a plane that just loves to go fast downhill.” But like any high-powered sports car, Peters’ P-40 doesn’t get very good gas mileage. “It burns about 1 gallon of fuel every minute it’s in the air,” he said.

The smaller P-64 is a replica of the planes that were designed as economical low budget fighters, said Peters. The first batch of finished planes were delivered to Peru. The next batch consisted of seven planes, destined for Thailand. That entire shipment was on the tarmac in crates ready to be delivered to Thailand when the Japanese bombed Pearl Harbor on December 7, 1942. “Because the Japanese invaded and defeated Thailand two days later, there was no need for those planes to go to Thailand, so they were shipped back to the U.S. to become high performance trainers. They were enough like the P-40 so that young pilots could make the transition to the big P-40 without crashing it.”

Only one of the original P-64s is still flying today. The reconstructed replica P-64 that flew into Joseph has a slightly altered design, with wings that are three feet shorter, a 1200 horsepower Merlin engine instead of the original 600 hp, and four (non-operational) 30 caliber machine-guns—two in the wings and two in the fuselage.

“It’s the funnest airplane we have,” Peters said.

An estimated 1000 people flocked to what was one of the most diverse airshows in Joseph Fly-in history July 12 and 13. From fighter jets to bi…