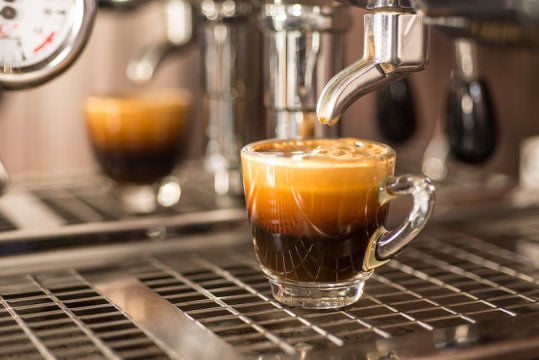 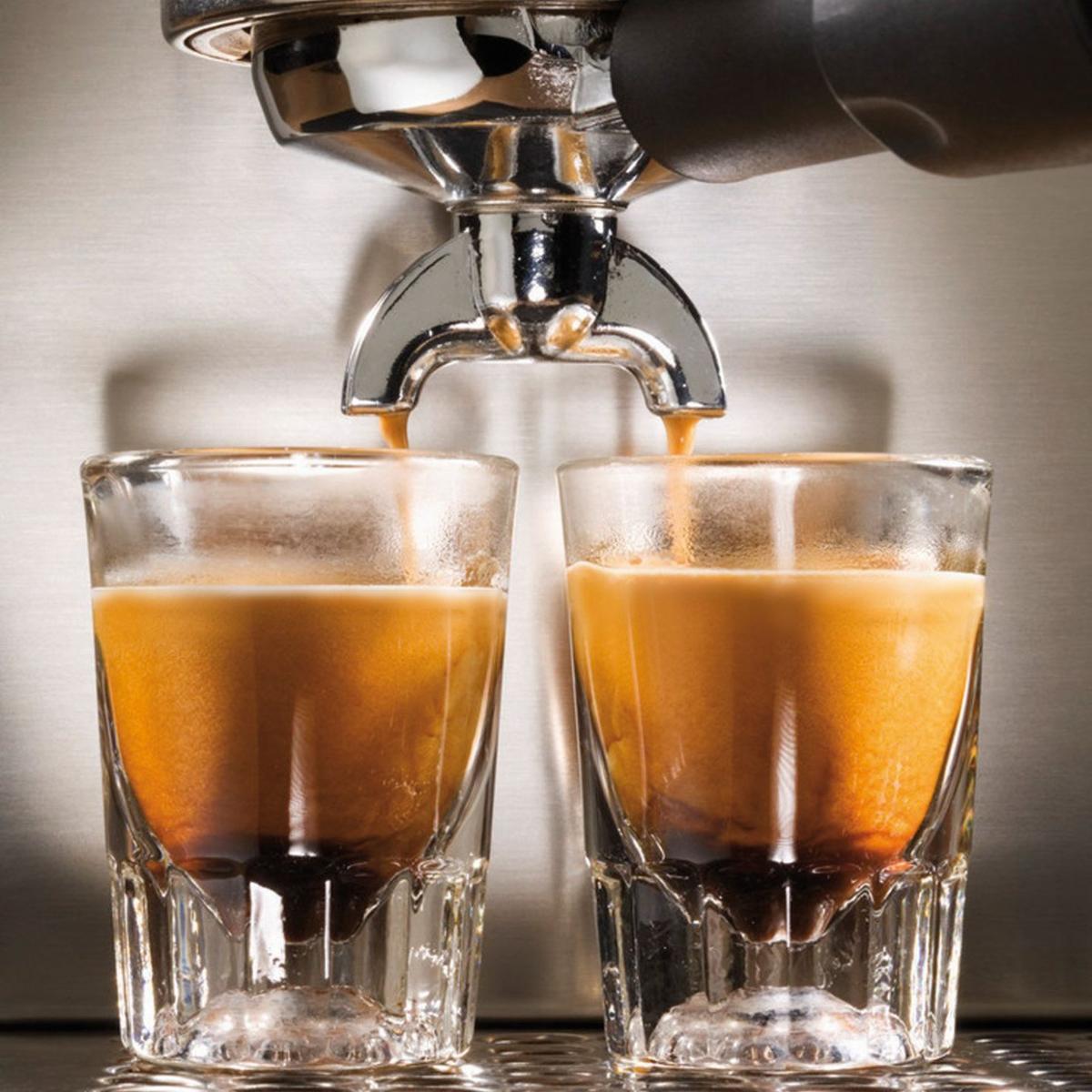 Mathematicians, physicists, and materials experts might not spring to mind as the first people to consult about whether you are brewing your coffee right. But a team of such researchers from around the globe — the United States, the United Kingdom, Ireland, Australia, and Switzerland — are challenging common espresso wisdom, finding that fewer coffee beans, ground more coarsely, are the key to a drink that is cheaper to make, more consistent from shot to shot, and just as strong.

“Most people in the coffee industry are using fine-grind settings and lots of coffee beans to get a mix of bitterness and sour acidity that is unpredictable and irreproducible,” says co-senior author Christopher Hendon a computational chemist at the University of Oregon. “It sounds counterintuitive, but experiments and modeling suggest that efficient, reproducible shots can be accessed by simply using less coffee and grinding it more coarsely.”

Though lots of factors are involved, the norm for brewing an espresso shot is to grind a relatively large amount of coffee beans (~20 grams) almost as finely as possible. The fine grind, common sense goes, means more surface area exposed to the brewing liquid, which ought to boost extraction yield — the fraction of the ground coffee that actually dissolves and ends up in the final drink.

Boosting the extraction yield through one or more of the routes illustrated by the model could also lead to economic gains for cafes and to sustainability benefits for the coffee industry as a whole. For example, at the current price of roasted coffee beans, dropping the mass of dry coffee from 20 grams to 15 grams per drink would add up to savings of a few thousand dollars per year for a small cafe, and $1.1 billion per year if scaled up to the whole US coffee industry. Being more efficient with coffee bean usage would also reduce waste at a time when coffee supply is under threat from changing climate in historic production areas.