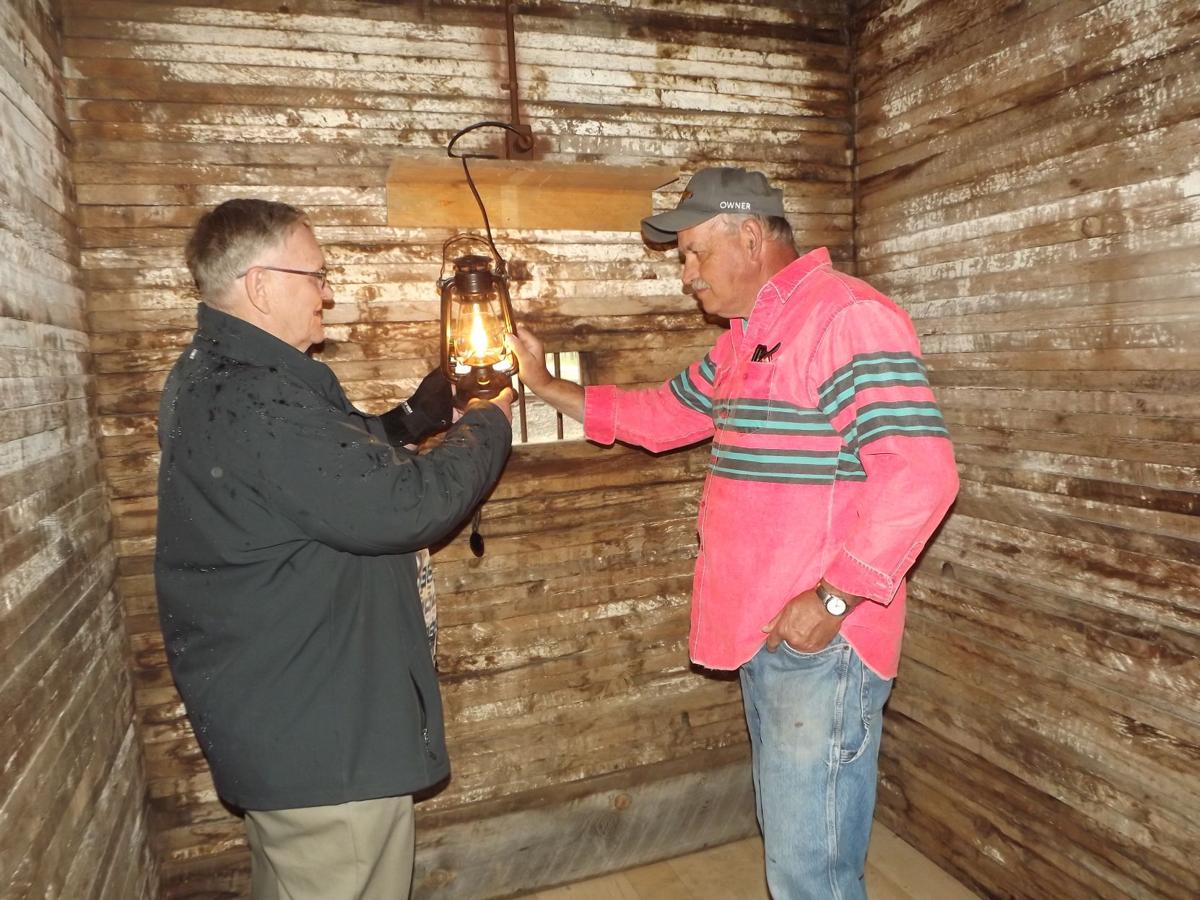 Gerald Hopkins, left, and Charlie Horn examine a lantern Saturday in a cell of a building which once served as Elgin’s jail. Hopkins is president of the Elgin Museum and Historical Society and Horn is curator of the Elgin Museum. 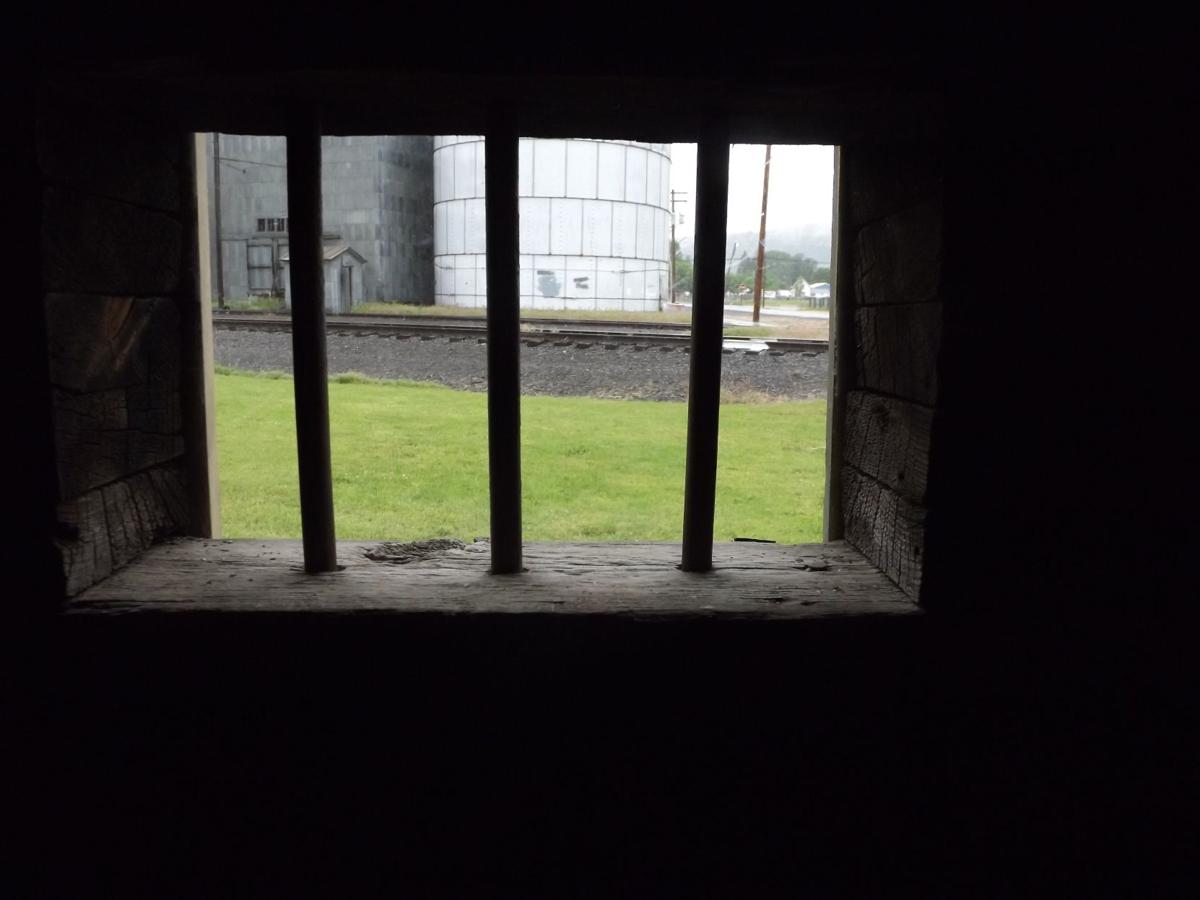 The view through the window of the north side of Elgin’s old jail, which the Elgin Museum and Historical Society restored. 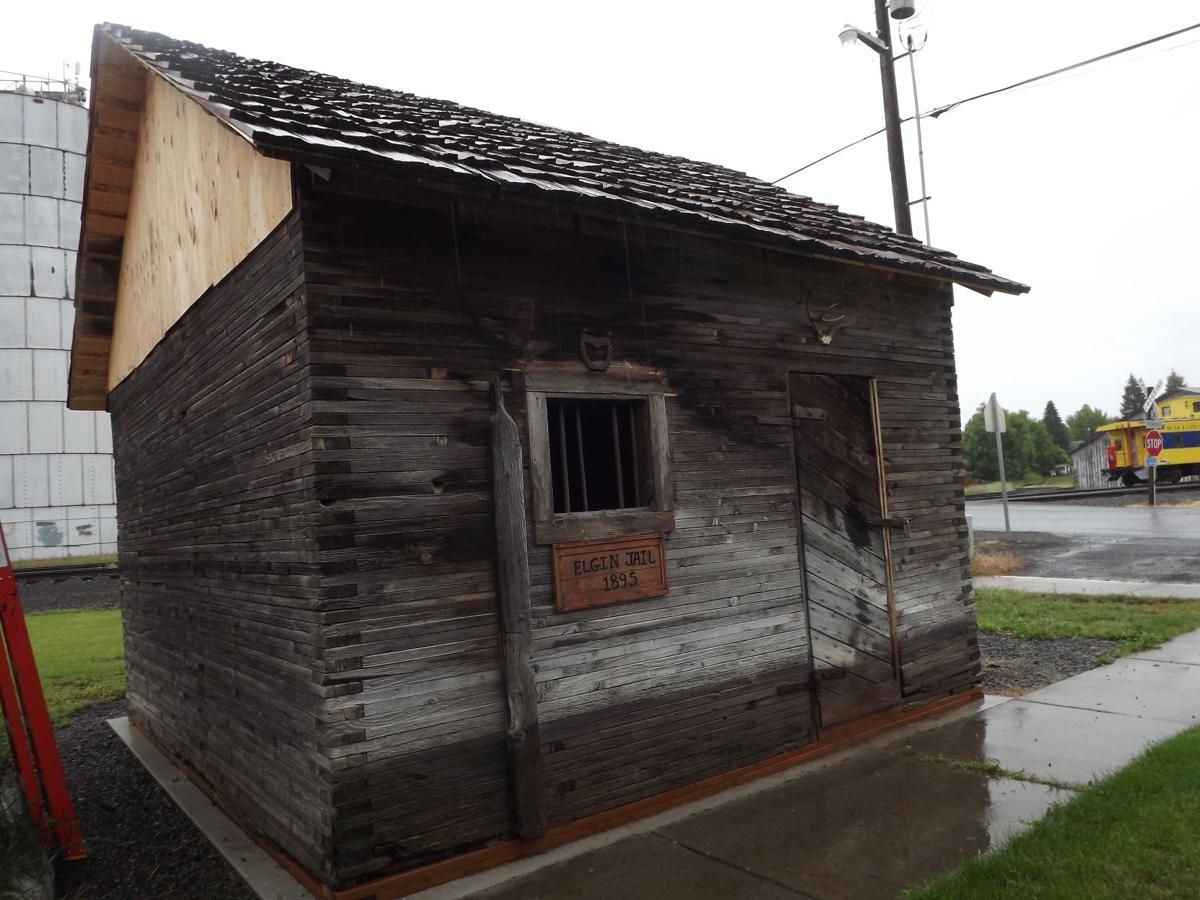 The renovation is complete on one of Elgin’s earliest jails.

Gerald Hopkins, left, and Charlie Horn examine a lantern Saturday in a cell of a building which once served as Elgin’s jail. Hopkins is president of the Elgin Museum and Historical Society and Horn is curator of the Elgin Museum.

The view through the window of the north side of Elgin’s old jail, which the Elgin Museum and Historical Society restored.

The renovation is complete on one of Elgin’s earliest jails.

ELGIN — A small weathered wooden building, which lacks color but sports a colorful past, is set to be thrust into the Union County spotlight.

The structure is one of Elgin's earliest jails, which the Elgin Museum and Historical Society recently restored.

"This is a dream come true," said Gerald Hopkins, president of the museum and historical society.

Hopkins helped lead the effort to get the jail repaired and moved to the museum. The jail was first located on Seventh Street in Elgin between Division and Alder streets from 1895 to at least 1914. The small building was moved to an Elgin farm sometime after the Elgin Opera House was built in 1912. A jail was put in the opera house following its construction.

The wooden jail building in 2001 was moved to a site about 50 feet east of the Elgin Opera House, where it stood unidentified and overlooked for nearly 20 years. In 2019, it was moved by Countryside Sheds to a spot about 20 feet away from the east side of the Elgin Museum.

Hopkins said it took the Island City company about eight hours to move the old jail, which was in fragile condition.

"It was tough to watch," he said. "I was sure that it was going to collapse."

Hopkins credits the excellent and painstaking efforts of Countryside Sheds' staff with the successful move.

Next, Accelerated Construction of La Grande reinforced the building's roof and put in a new rafter and floor. Charlie Horn, curator of the Elgin Museum and a member of its board, then did a significant amount of finishing work to complete the project.

Horn is familiar with the structure, for it had been on a farm where he lived. He raised chickens in the structure after cutting out a bar in its front window to allow roosters and hens to move in and out of it.

The old jail's two other windows still have their full complement of bars. These windows were for its two cells. One of the cells today is barren while the other sports a blacksmith tool display.

Retired Union County Sheriff Steve Oliver, a member of the Elgin Museum and Historical Society Board, said the old jail building was similar to many of the era used to house inmates.

"They were primitive jails but they were very efficient," Oliver said.

The museum is now at the old Elgin City Hall, 180 N. Eighth St. The museum reopened for the first time in a decade in May 2019. It had operated on the second floor of the Elgin Opera House for a number of years before it was closed because of space issues.

Hopkins said the old jail is the first piece of an old town model he wants to create next to the museum. He would like to later have a small one-room schoolhouse and other old structures at the site.

He knows of other cities where old-town re-creations have been a success.

"They have become beautiful destinations (for travelers)," Hopkins said.

An old town in Elgin might encourage tourists driving to and from Wallowa Lake to stop in Elgin and perhaps spend the night, he added.

"It could be a good draw," Hopkins said.

He knows he will face many hurdles but plans to continue pursuing the creation of the old-town attraction in Elgin.