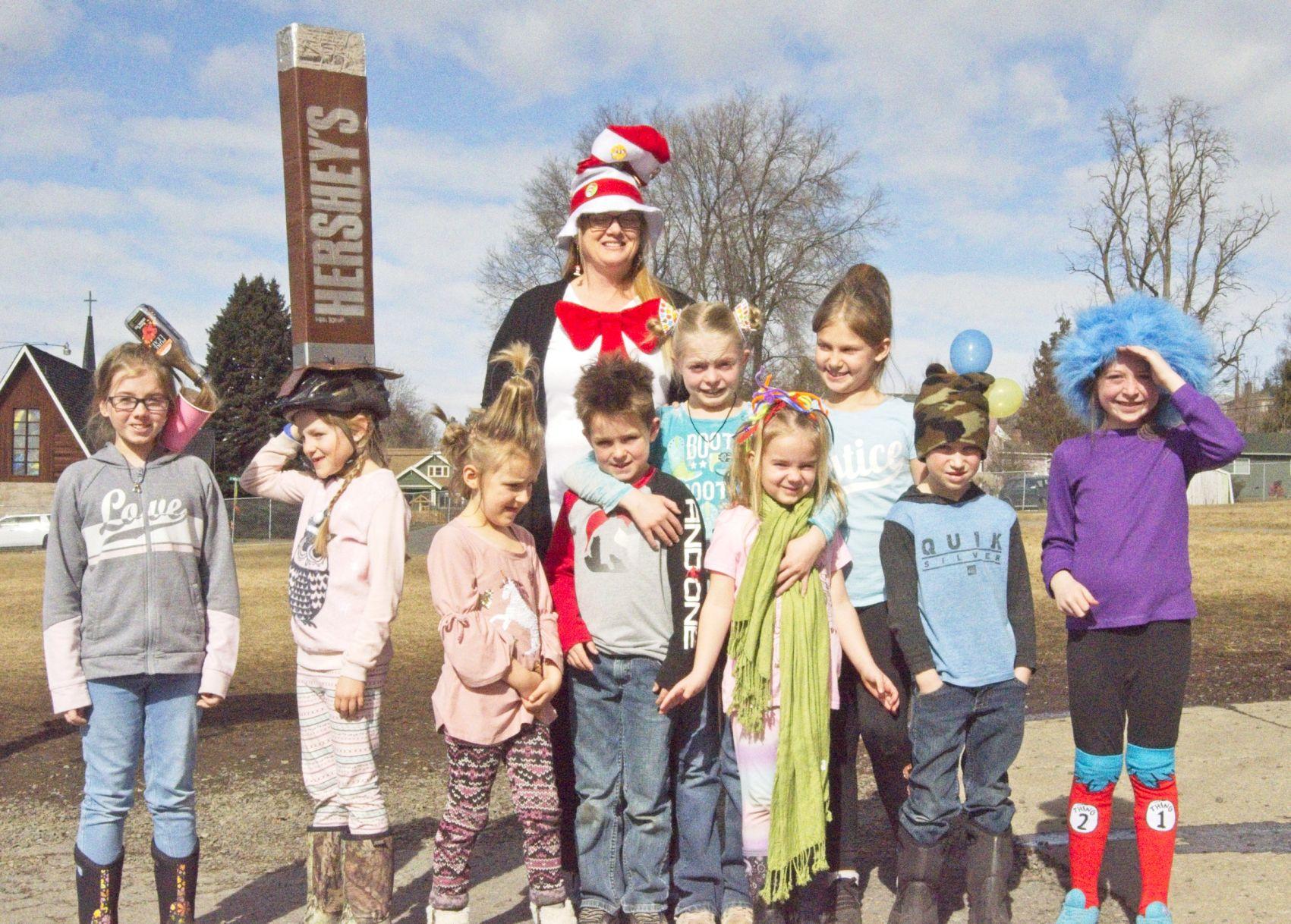 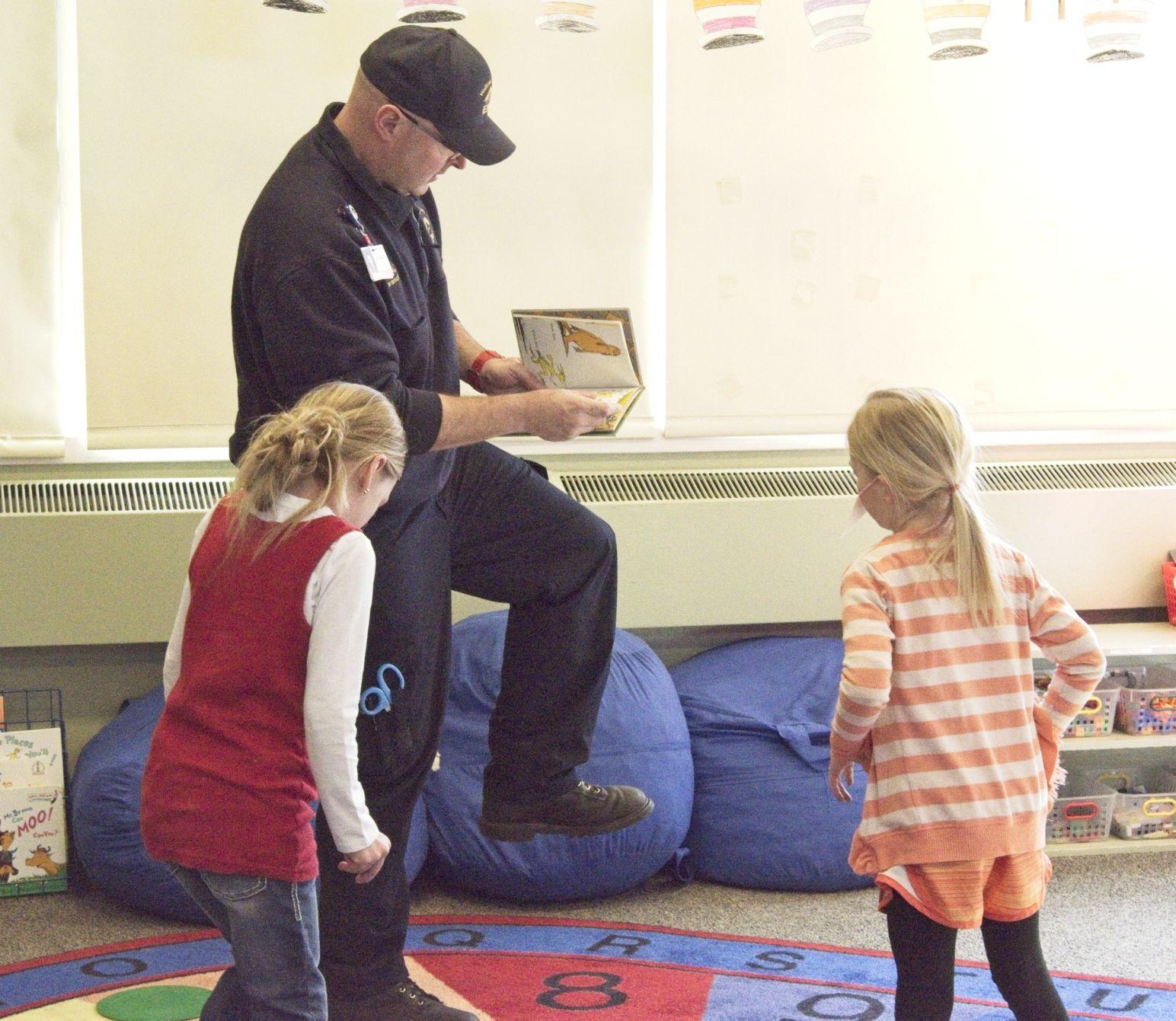 Enterprise EMT Donald Taggart leads Mrs. Yanke’s first-graders in acting out one of Dr. Seuss’ books Thursday, Feb. 27, during Enterprise School’s celebration of Dr. Seuss Week. He was one of the guest readers at the school.

Enterprise EMT Donald Taggart leads Mrs. Yanke’s first-graders in acting out one of Dr. Seuss’ books Thursday, Feb. 27, during Enterprise School’s celebration of Dr. Seuss Week. He was one of the guest readers at the school.

A cat in a funny hat, a Lorax, Sam I am, a grinch and more odd characters were swarming all over Enterprise Elementary School last week for Dr. Seuss Week in an effort to spur reading among the students.

Organized by school librarian Molly Goodrich, the week was held to celebrate the 116th anniversary of the birth of Theodor Seuss Geisel, the well-known writer of children’s books such as “The Cat in the Hat,” “The Lorax,” “Green Eggs and Ham,” “The Grinch” and many more. Geisel died in 1991, but his legacy lives on – particularly in the amusing, creative and easy-to-read books he left for children.

To celebrate Dr. Seuss Week, the school had dress-up days. Each day last week had a theme: Monday was crazy socks and shoes. Tuesday was Grinch green. Wednesday was crazy hat, hair and tie. Thursday was favorite character.

The kids went all out. They came up with “Cat in the Hat”-style hats, other amusing hats and one girl even had a bicycle helmet with a 4-foot cardboard Hershey bar extending upward from it. There were girls with multiple pony tails, one with a bottle pouring her hair off to the side and one boy who woke up with his hair sticking out every which way so family members made it stay that way with hair spray.

There also was a reading competition, where classes competed by tallying the number of minutes they read. The contest was divided into two divisions: kindergarten through third grade and fourth through sixth grade.

At the assembly that closed the week Thursday afternoon, the winners were announced.

There also was a contest for the classroom that did the best job decorating its window. This went to Hull’s sixth-graders.

Two girls received awards for kindness. Olive Sams, dressed as the Lorax, and Elli Bates, dressed as Sally, were the recipients.

Goodrich was appreciative of the readers, volunteers and others who helped.

“Thank you all for adding a little Seuss crazy to your busy schedules,” she said.

Foraging for wild food can be nutritious and delicious