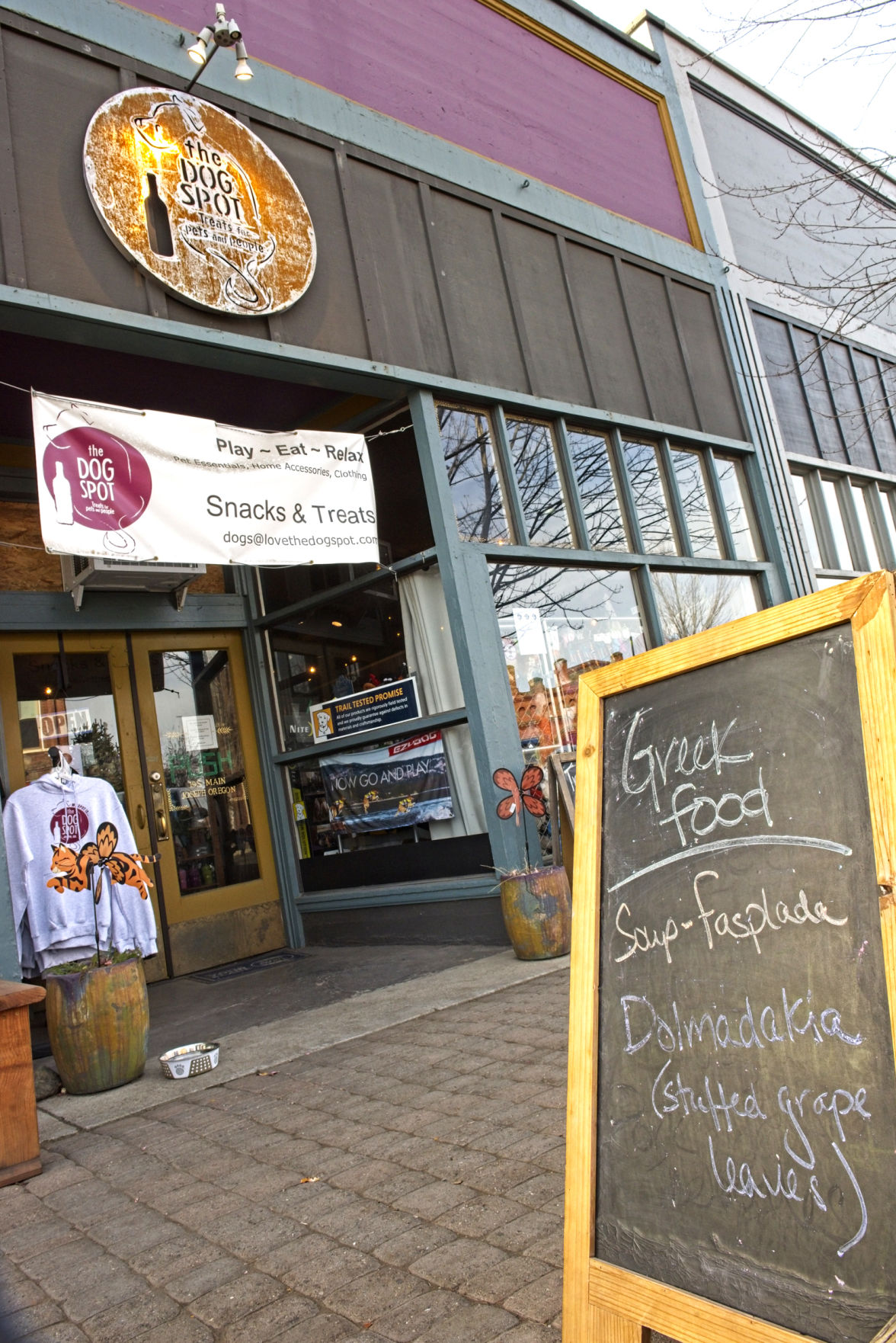 The Dog Spot's entryway chalkboard indicates the cuisine of the week. 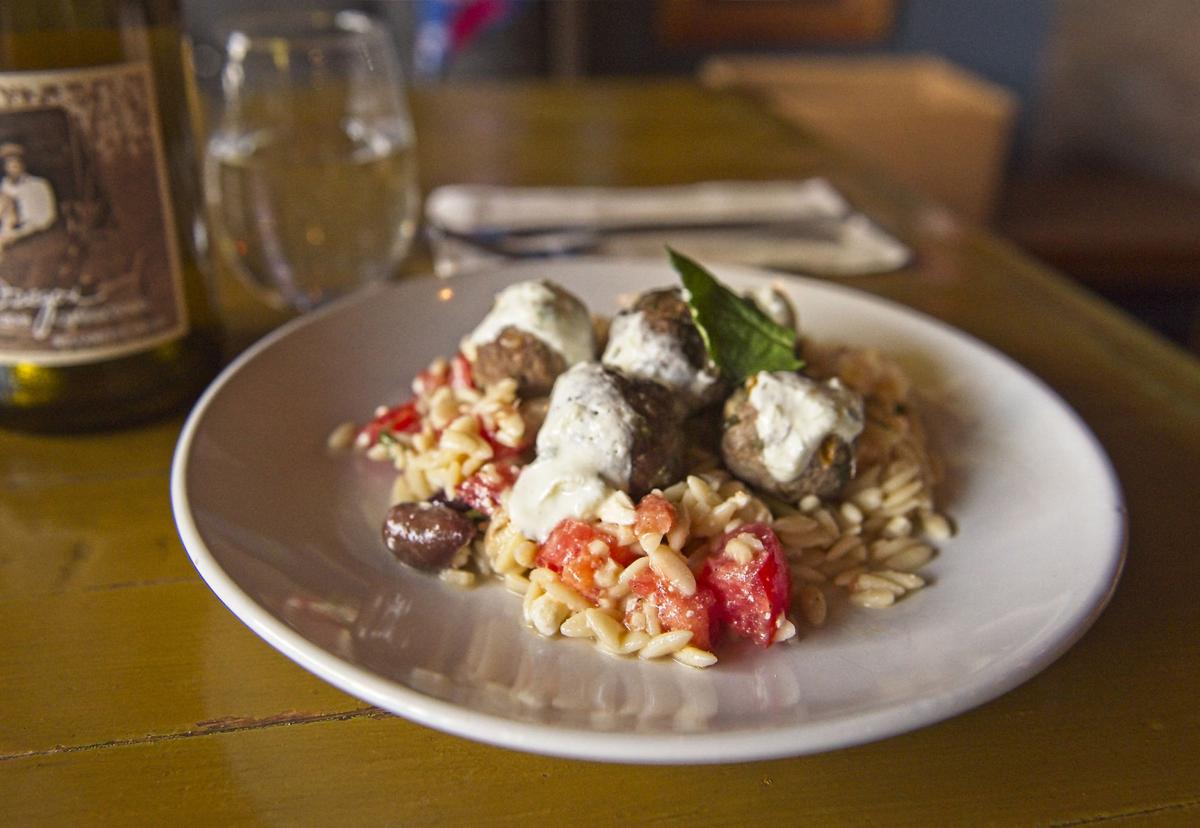 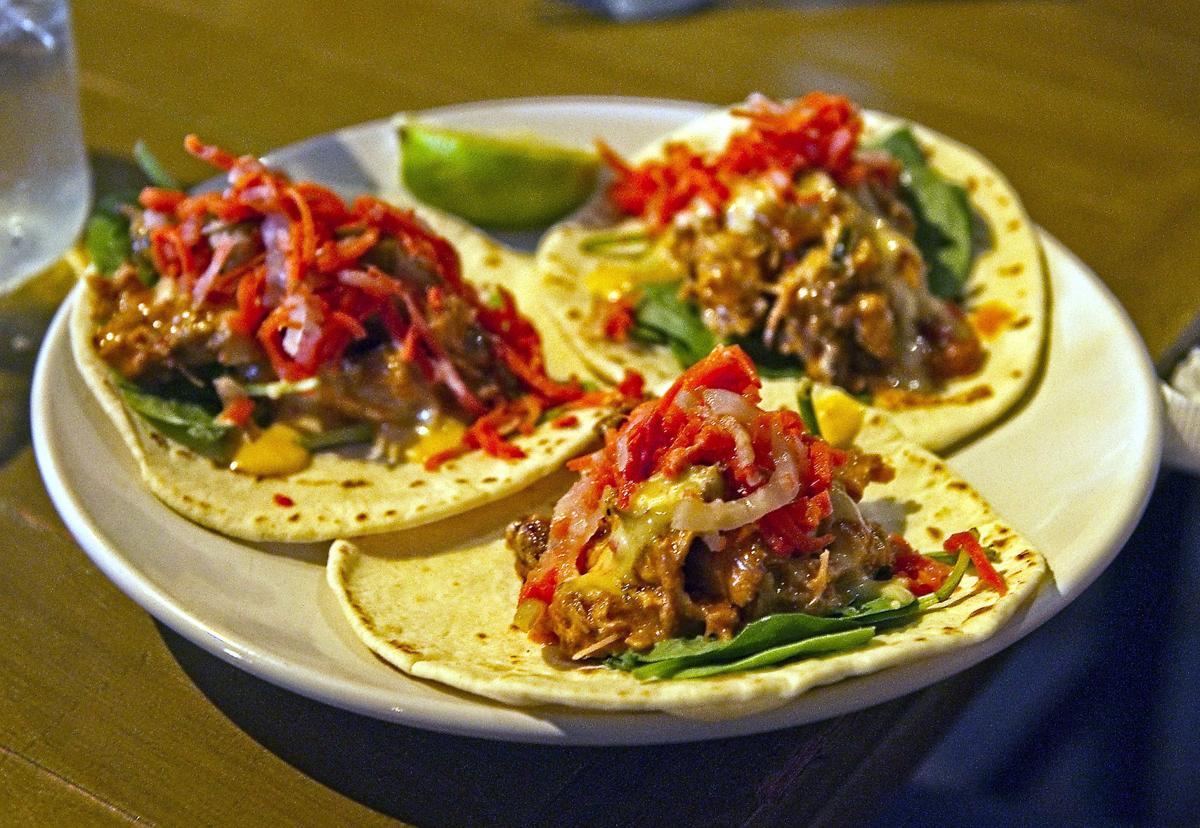 The Dog Spot's entryway chalkboard indicates the cuisine of the week.

If you have a yen for culinary adventure, you needn’t travel any farther than the southern end of Joseph’s Main Street to find it. There, Chef Arion Canniff’s global experiences inspire the authentic tastes of far-flung cuisines at an unusual restaurant with an unlikely name: The Dog Spot.

The atmosphere at the Dog Spot is decidedly eclectic, and the food selections are too. Each week Chef Arion whips up a different and very authentic regional menu. Last week, Greek food occupied the menu. This week it was foods from around the Pacific Islands. Next week, the menu offers a tapas: a diverse set of foods including Grownup Mac and Cheese, Vietnamese Banh Mi and an authentic New Orleans Po Boy that diners can share among their group. Whatever the offering, the flavors are authentic, unusual, complex, and worth savoring.

How can one chef know how to prepare authentic foods from around the globe? “I spent all my formative years traveling," Arion said. "My father worked all around the world. We lived in China, Soviet Union, Thailand, England, and other places. My parents were adamant that we immerse ourselves in each culture. We ate what the locals ate. I learned that I far prefer the food of the people to the fancy foods of the upper echelon. In the evenings, I’d work in the hotels cooking fancy foods. But in the daytime I’d be at the dishwasher’s house learning to cook authentic recipes from his grandmother."

When he lived in Mexico, he learned about 300 different moles, mostly from grandmothers and people who lived in smaller communities. Mole is traditional sauce of Mexico. In contemporary Mexico the term is used for a number of sauces, some quite dissimilar, including black, red / Colorado, yellow, green, almendrado, de olla, huaxmole, and pipian. Generally, a mole sauce contains a fruit, chili peppers to provide some heat, nut, and a variety of spices that can include black pepper, cumin, and cinnamon. Each region of Mexico, and in fact, each village had its own style.

"A few weeks ago when we did a Mexican menu, I made a version of Mole Poblano," Arion said. "It requires 48 ingredients, and I spent 3 days preparing it before we presented the menu.” His love of foods drove Arion to study at the New Orleans Culinary Institute, work with famed chef Paul Pedone, and earn a masters degree in food Science at Tulane University.

While much of the Dog Spot’s menu during the holiday season will feature a tapas selection of light foods that can be shared, Chef Arion is already planning ahead for the winter and spring. “I want to do Basque, then food from northern and southern India. And probably two weeks of different Chinese. We’ll be bringing in local goat for the Jamaican curry when we bring back Caribbean.”

Arion’s wife, Amy, takes restaurant orders, serves meals and the Dog Spot’s comprehensive selection of beers and wines from around the region, and helps develop the diverse international menu. “We plan about a month ahead for which food styles will be featured, but the menu is not finalized until a few days before we begin serving that cuisine,” she said. The cuisine selection is also based upon the suggestions of customers. “We like to ask our customers what would they like us to offer. Our business is really here to support the communities of Joseph and Wallowa County,” she said.

In addition to their extraordinary food, The Dog Spot offers an equally eclectic and fun selection of dog and cat related supplies, for both pets and their staffers. Most everything here exudes warmth and a wry sense of humor. “The original idea,” said Amy, “was to provide a place that would be fun and different. We love dogs. We saw a need for a different kind of pet supply store, and a different kind of restaurant.” At the Dog Spot, both are clearly evident. The Dog Spot is located at 19 S. Main St., Joseph. The menus, and much more, are posted on their website: www.lovethedogspot.com.