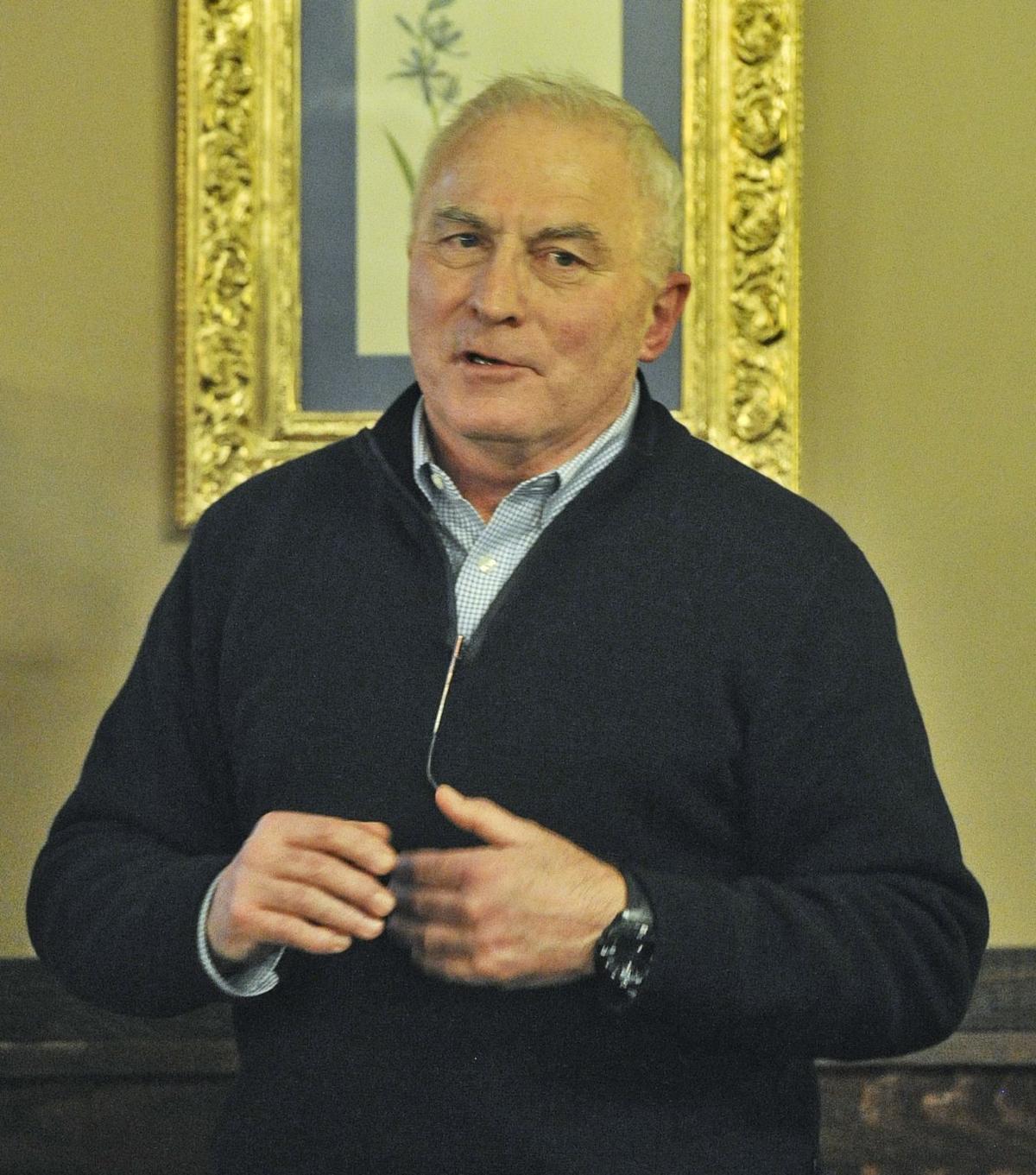 Bill Hall provided some background on the historic DC-3 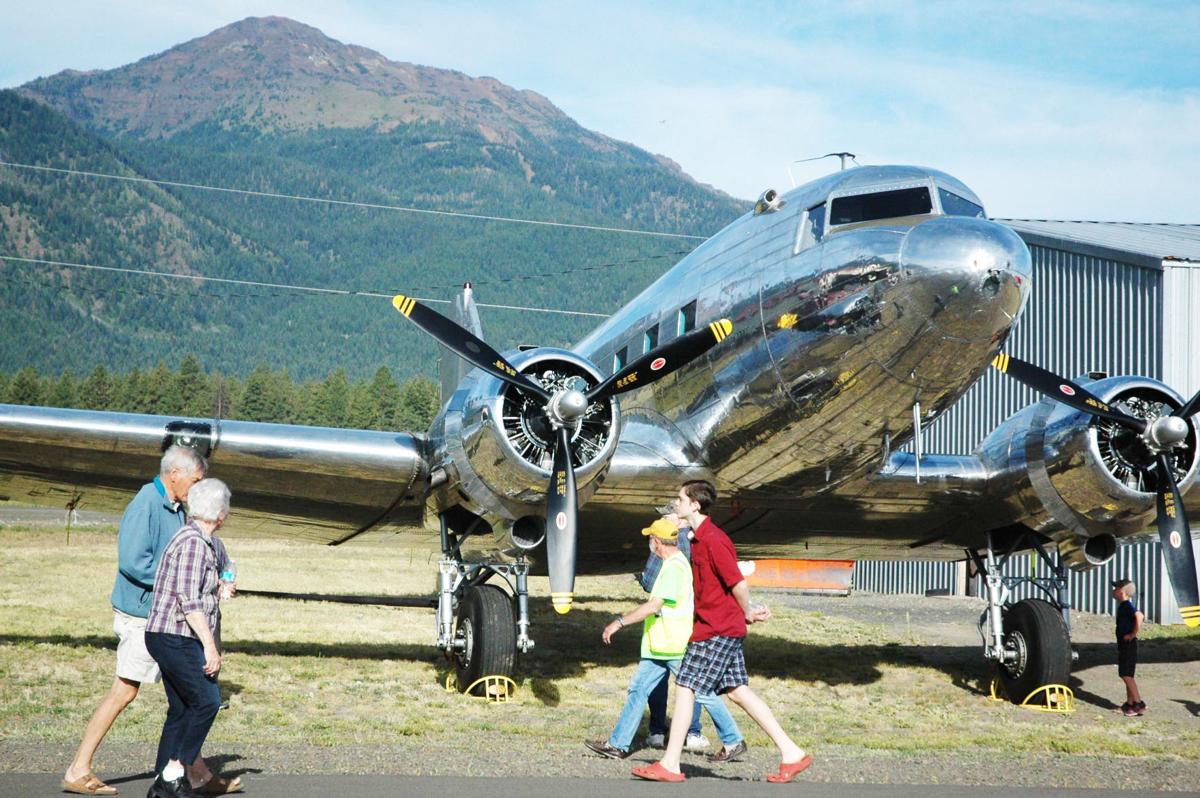 The vintage DC-3 drew many admirers at the 2016 Wallowa County Fly-In. This year’ event is tentatively set for July 10 and 11. 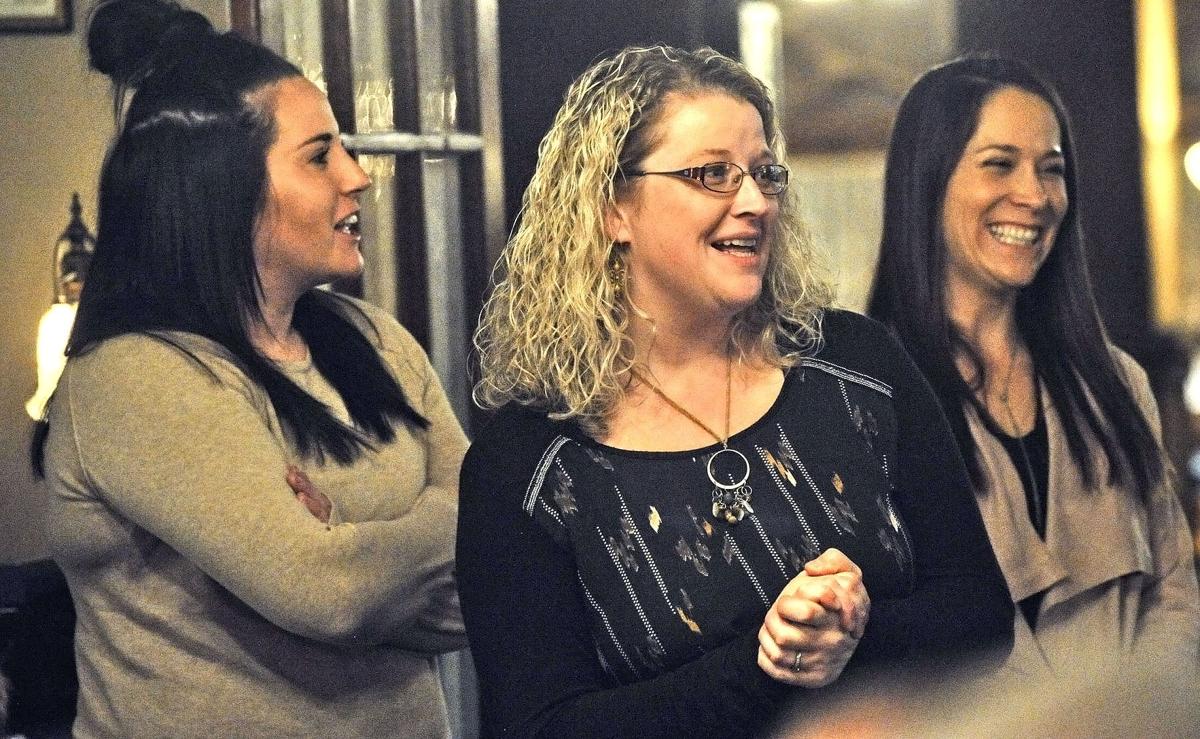 Kathryn Stangel and friends describe their fun experiences learning to be “Pinch Hit” pilots who can land a plane safely if the pilot becomes incapacitated.

Bill Hall provided some background on the historic DC-3

The vintage DC-3 drew many admirers at the 2016 Wallowa County Fly-In. This year’ event is tentatively set for July 10 and 11.

Kathryn Stangel and friends describe their fun experiences learning to be “Pinch Hit” pilots who can land a plane safely if the pilot becomes incapacitated.

The saga of a historic DC-3 airplane and its flight to the commemoration of Normandy held the audience at Wallowa County Pilots Association winter aviation banquet spellbound.

The 82 diners at Wallowa Lake Lodge on Sunday evening got an update on Joseph Charter School’s aviation program and learned about a “Pinch Hitter” pilot program.

If you’ve been to the Fly-In the weekend after Chief Joseph Days, you may have seen a large, polished, silver, twin-engine plane bearing the insignia of the now-extinct Eastern Airlines. That plane, a DC-3 rebuilt from the inside out, flew to Normandy, France, this past June to participate in the 75th anniversary D-Day commemoration.

At the WCPA dinner, pilot/mechanic Paul Bazeley of Aerometal International in Aurora, Ore., recounted the plane’s amazing history and its restoration.

That particular DC-3 was one of the first to roll off the Douglas aircraft assembly plant in 1938. It flew for Eastern Airlines, logging an amazing 16,420,000 (sixteen million!) miles, the equivalent of 34 round trips to the moon.

Bazeley restored the airplane for owner Bill Hall. They were invited to participate in the 75th Normandy commemoration because, in 1944, the military version of the DC-3 (a plane known as the C-47) dropped thousands of paratroopers behind German lines before daybreak on June 6. Although thousands of C-47s were built, few have survived and so the D-day commemoration committee invited existing DC-3 owners to participate as well. 27 of the planes — some DC-3s and some C-47’s showed up for the June 5, 2019 aviation event.

Bazeley and Hall flew the DC-3 from Aurora, Ore., to England in 400- to 600-mile hops, stopping in Montana, South Dakota, several airports in Canada then across the North Atlantic via Greenland, Iceland and Scotland.

“I was really worried about flying over the North Atlantic because the weather can turn really bad,” he said. “But it turned out that the worst weather we had was in the U.S.”

The DC-3 participated in the historic re-enactment. It remains in a Paris airport, but will return to the U.S. in time to be at the 2021 Joseph Fly-In, Bazeley said.

Students in the Joseph Charter School aviation program noted that they have almost completed their glider and are working on another plane. They also detailed what they were learning in their new Redbird flight simulators.

And for those who might not want to become a pilot — but still want to land the plane if the pilot becomes incapacitated, Kathryn Stangel and four other women described the “Pinch Hitter” weekend course they recently took near Boise.

The Wallowa County Fly-In is tentatively planned for July 10 and 11 at the Joseph airport.