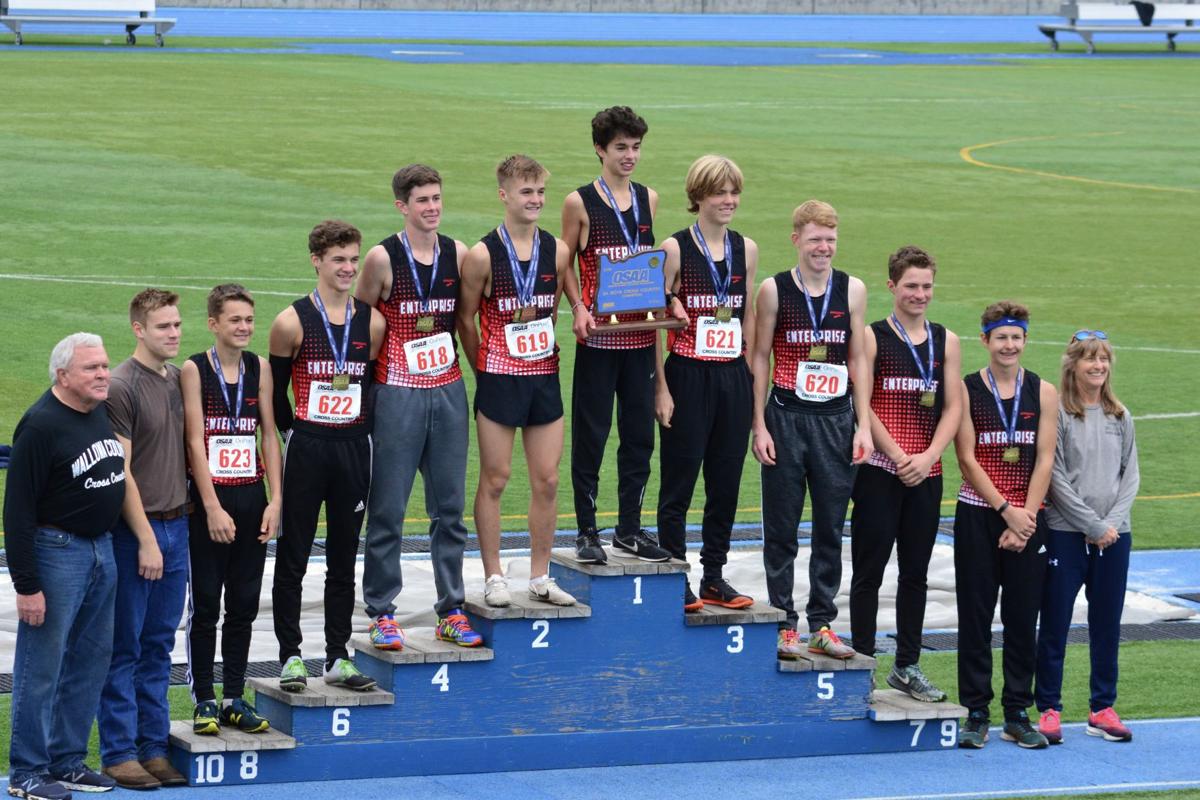 The Wallowa County boys cross country team won the 3A state championship, Saturday, edging rival Burns by just three points. The title is the first for the program since winning it all back in 1996. 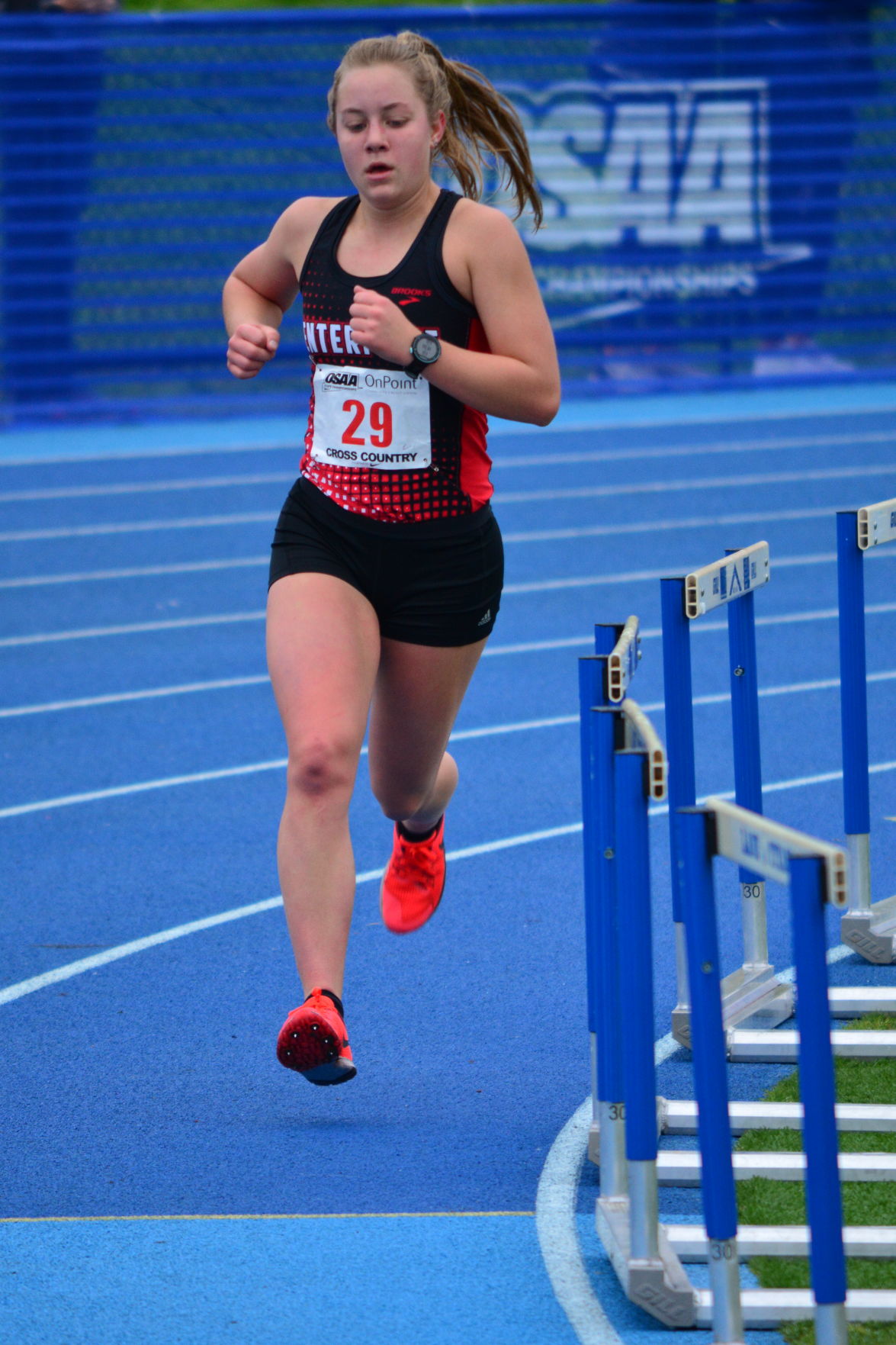 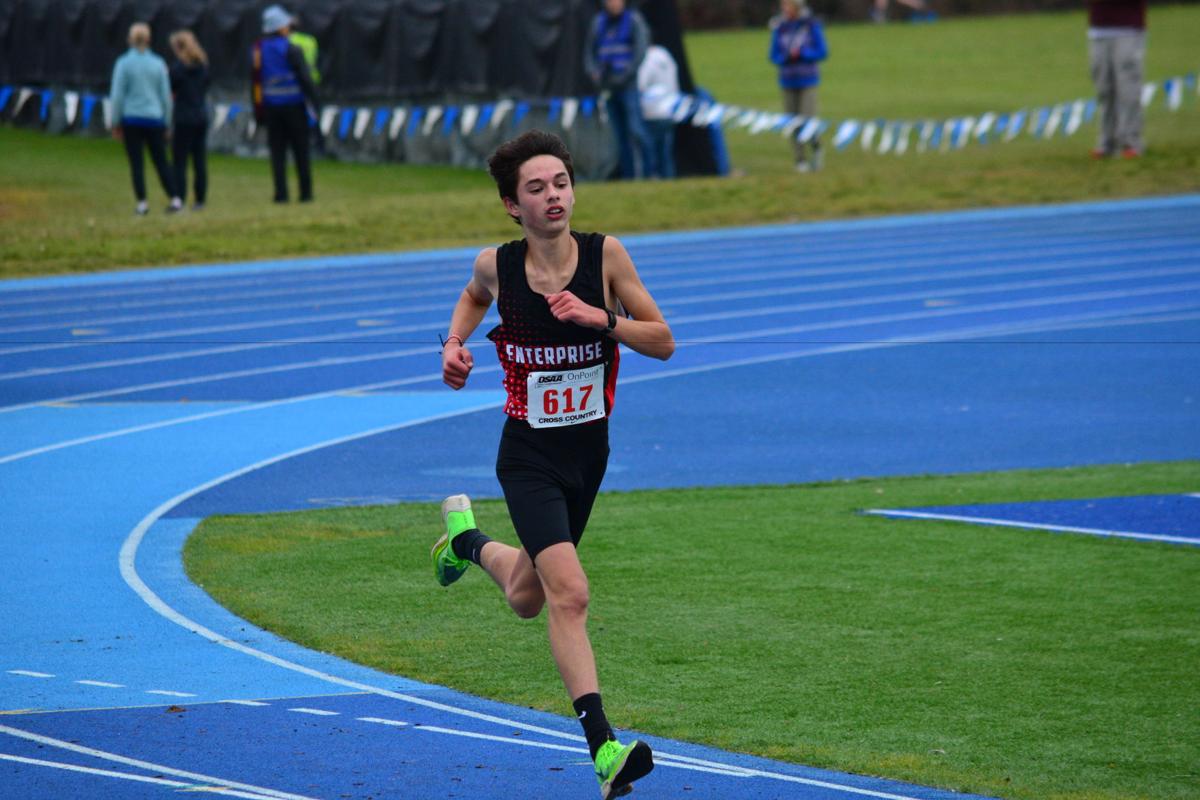 Henry Coughlan won the individual boys title with a time of 15:58.9.

The Wallowa County boys cross country team won the 3A state championship, Saturday, edging rival Burns by just three points. The title is the first for the program since winning it all back in 1996.

Henry Coughlan won the individual boys title with a time of 15:58.9.

At Lane Community College near Eugene on Saturday, Wallowa County  won the 2019 OSAA 3A Cross County State Championship as a team by three points, while sophomore Henry Coughlan took home the individual title with a time of 15 minutes, 58.9 seconds.

“With such a young team, they don’t run young,” Outlaws coach Dan Moody said. “It was in their mind the whole time, ‘we got to step up, we got to step up.’ And they all did.”

The state title is the third in program history and the first since winning back-to-back in 1995 and 1996. All three have come under Moody.

While Coughlan led the way and finished four seconds ahead of second-place finisher J.P. Friedrichsen, his teammates weren’t far behind. Sophomores Zac Knapp and Bayden Menton were third and fourth with personal-bests of 16:07.1 and 16:23.8, respectively.

All seven Outlaw runners finished inside the top 30, but the difference on Saturday was Outlaw runners John Paul Matthews and Ian Goodrich, who together outkicked Creswell’s Brandon Moehlmann and Taft’s Matias Vesma to finish 15th and 16th, respectively.

“They were the key,” Moody said. “Even though the other kids did what they had to do, it was Ian and John Paul that pulled us through to the championship.”

Coughlan led the race from start to finish despite barely running all week due to an injury. Last Sunday, the sophomore’s knee swelled up after a run and was bothering him throughout the week.

Coughlan felt good enough to go on Saturday and tried to build separation in the opening mile. A season ago, Coughlan led heading into the final 300 meters when the course spits out onto the LCC track but couldn’t keep it down the stretch and ended up finishing second.

The pack stuck with Coughlan until the second loop around the course when he built a lead up a hill and kept control the rest of the way.

“I couldn’t hear as much breathing behind me, so I knew I was getting away from them,” he said.

Even with several seconds of space between him and Friedrichsen, Coughlan said he was nervous as he came around the final curve of the track.

“I kind of had my head on a swivel seeing where everyone was, and I was trying to just finish strong,” he said.

After watching him fall just short a year ago, Moody was ecstatic to see Coughlan capture the title this year.

“He is such a scholar of the sport,” he said. “He knows everything about running and he is always working. He was intent on what he’s got to do to get there. He wanted to be state champion and he worked at it.”

Knapp and Menton stayed near Coughlan with the front group for the first mile until slowly fading a few seconds behind. Knapp battled the rest of the way with Friedrichsen before falling behind in the final mile to finish third.

“We’ve worked so hard this year,” Coughlan said. “It’s just insane how well we’ve improved as a team and how well we came together.”

Coughlan said last year’s team struggled to unite in tough moments, but this year they were ready for the challenge. According to Moody, the sophomore had a lot to do with that growth.

“He’s a great leader for our team,” he said. “He’s a goofball sometimes, but he does what he has to do.”

But the Outlaws aren’t done with the taste of success quite yet. With the entire team set to return next year, Knapp already has his eyes on another state title.

“I definitely think that’s in the books,” he said.

Though Moody’s seen this team get complacent at times, he remembers the same problem plaguing his team in ’95. He also remembers how that team figured it out and repeated as champions in ’96.

“Now we’ve got to really step up and push hard,” Moody said. “They can’t sit back.”

In the girls 3A/2A/1A race, senior Ellyse Tingelstad was the Outlaws lone runner and finished fifth in 19:17.7.

“I tried to stay in contact with the leaders, but once I fell behind I just tried to keep my spot in the top five,” Tingelstad said.

It was her second consecutive year with a top-five finish and ends her prep career with four appearances at the state meet.

“Cross country has taught me so much about myself,” she said. “It’s taught me about how to be a leader and to push through even when things get hard.”