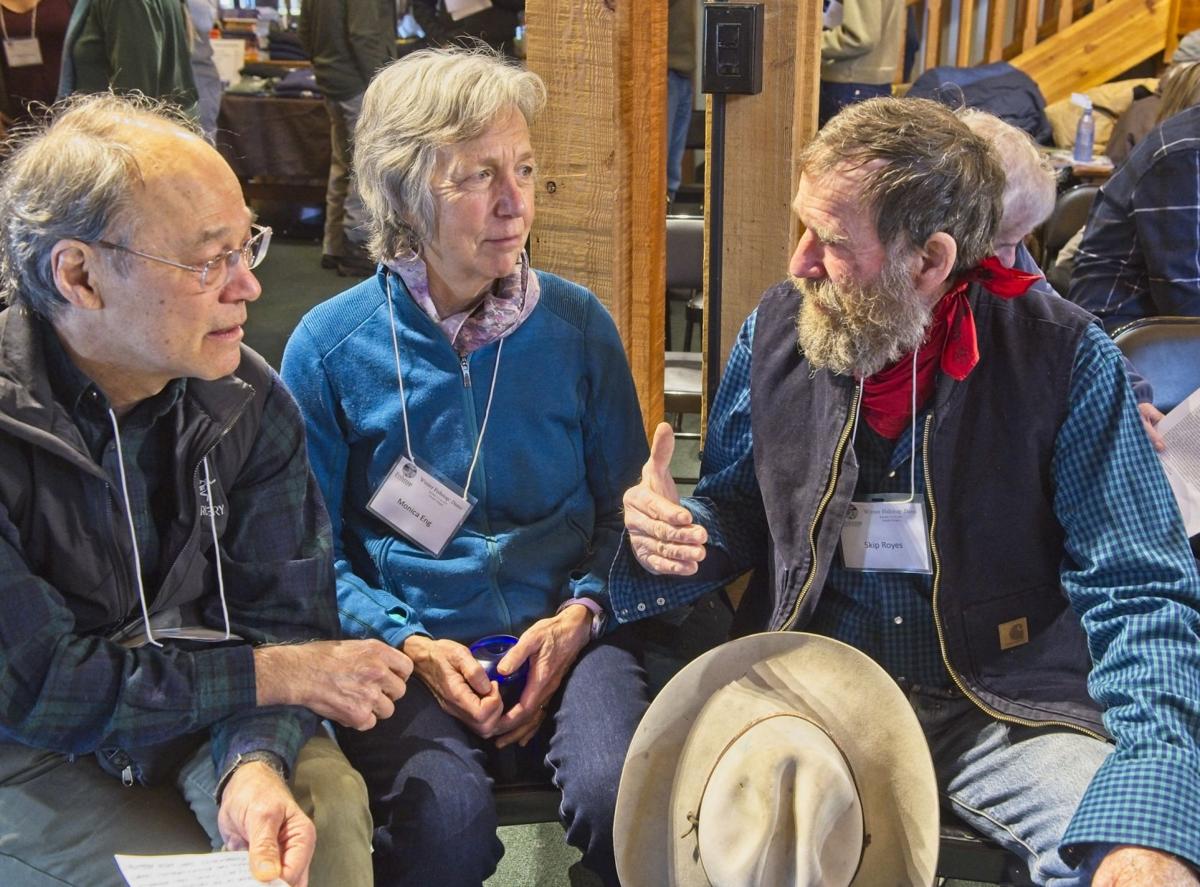 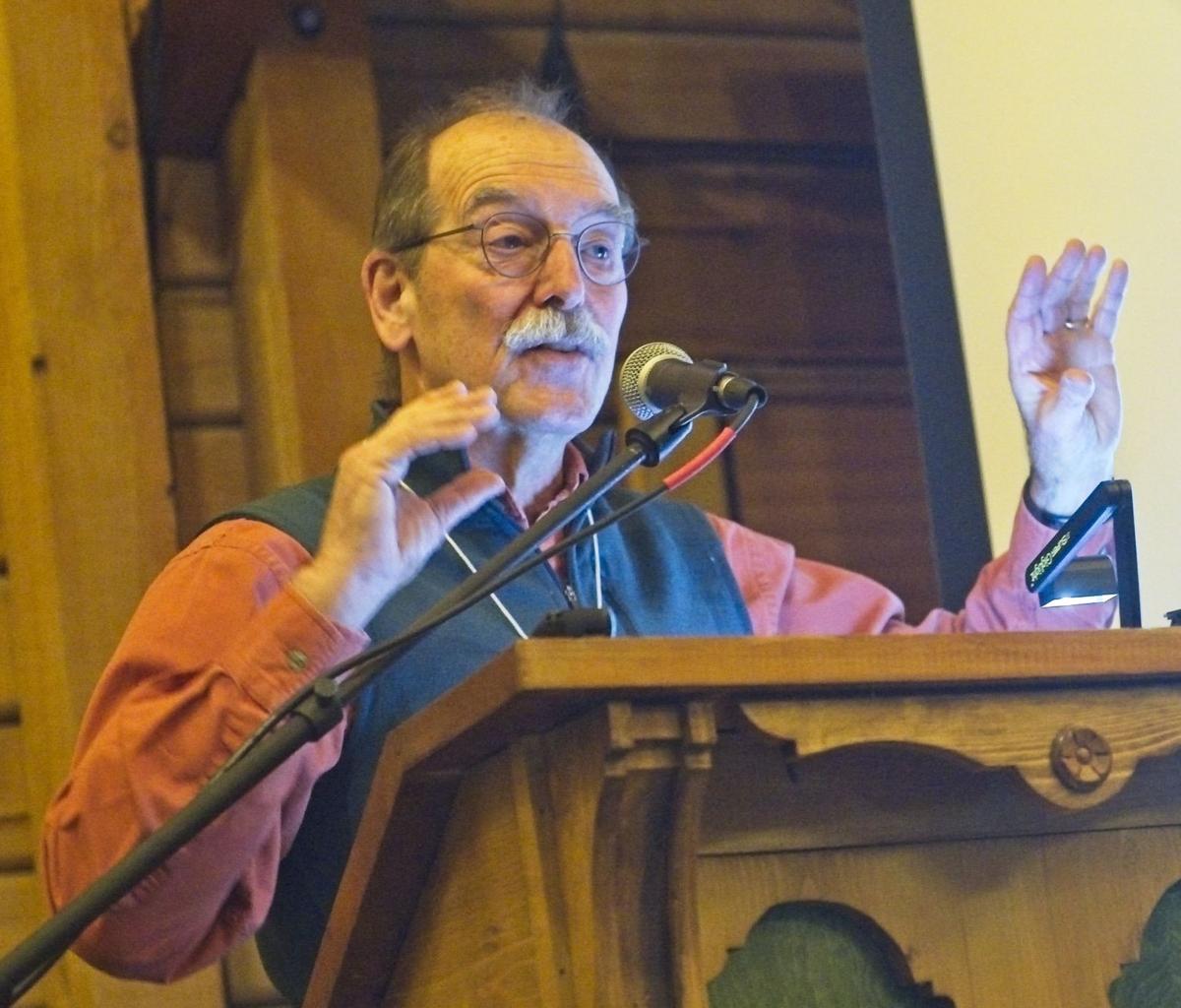 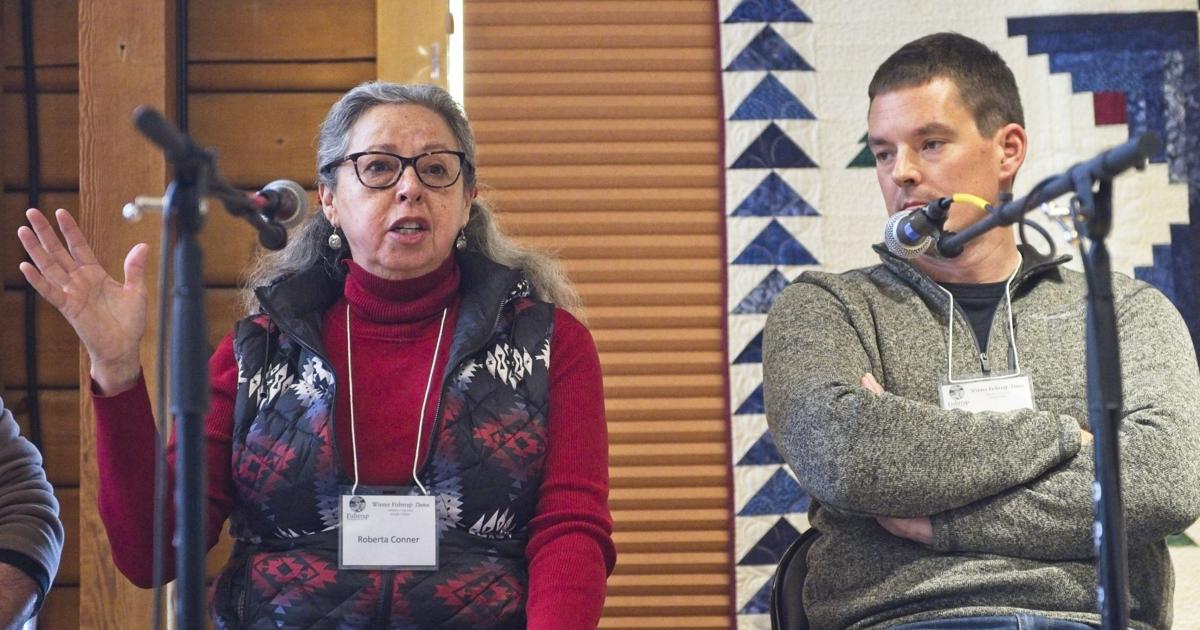 JOSEPH — Dams, especially in the Columbia River Basin, are pretty much either loved or hated.

Winter Fishtrap, Jan 17 to 19 at the Josephy Center for Arts and Culture, tried to provide a safe place to learn, think, and talk about them. In the end, irrigators, tribal members and the rest of the 80 or so people in attendance agreed that conversations among community members are the best way to resolve the thorny issues facing us.

Historian Bill Lang began his Friday keynote talk by challenging the group to consider four questions: Why dam a river? Did it matter where you live? Who controls the dam? And what did it do to nature?

“When you think about the rapidity with which the dams in the Columbia River Basin changed the landscape it’s astounding,” he said. “In the span of just 40 years — from 1938 to 1978 — dams modified stream flow and river ecosystems extensively.

“Dams destroy locality,” he said, speaking about the John Day Dam that inundated the agriculturally productive Blalock Islands and The Dalles Dam that drowned Celilo Falls.

“When The Dalles Dam was built, the Corps of Engineers promoted it as good for fish because they wouldn’t have to try to jump the falls,” he said. “The U.S. Fish and Wildlife Service strongly opposed the dam. A lot of lower-level people there lost their jobs.”

The Corps, Lang said, knew that building the dam violated the treaty of 1855, which promised access to all “usual and accustomed” fishing sites to Native Americans.

“They just didn’t seem to care,” he said.

Lang’s talk highlighted some of the political intrigue behind the development and construction of Columbia Basin dams. He pointed out that construction of the four Lower Snake River dams was cleared by a political ploy of Washington’s powerful Democratic Sen. Warren Magneson, in 1959.

“The chair of the joint committee that was holding hearings on the proposed four dams had hemorrhoids and was uncomfortable sitting for long periods of time. Magneson kept the hearing going for hours, and finally the chairman got up and left,” Lang said. “At that point, Magneson rushed through a $500,000 appropriation to start construction. The deal was sealed. By 1961, Ice Harbor dam was finished. Once it was built there was no stopping the other three.”

Lang’s presentation ended with a map of the power grid that extends from the Columbia Basin north to British Columbia and south to Los Angeles.

“We’ve now tied our kilowatts and ourselves to Hollywood,” he said.

“Rivers connected us all,” she said. “We described the locations of people and places as upriver or downriver.”

Dawson recounted the history and growth of irrigation in Wallowa County, including the transformation of multiple ditch companies into a public entity, the Wallowa Lake Ditch Co., in 2018.

“We have a lot of momentum to conserve water,” he said.

Sixth-generation farmer Wolfe stressed his century farm’s successes in working with Nez Perce tribal fisheries, including providing land for their state-of-the-art fish weir, and a plan to create about 100 acres of water-cooling wetland along the Wallowa River.

“We want to make things better for the next generations,” he said.

Both Mitchell and Maxwell expressed optimism that changes in technology, understanding and transportation could lead to the eventual breaching or modification of the four Lower Snake River dams.

The Saturday afternoon discussions were as much a chance to learn more about dams as they were to suggest solutions. The consensus seemed to be that finding new technologies to store energy for wind and solar could pave the way for breaching the Lower Snake River Dams, that strengthening and diversifying the economies of rural areas was a key and that the conversation could be moved forward by looking at positives rather than negatives.

“We have few opportunities to engage with one-another in open discussions and open-minded thinking,” Mike Eng said. “We need more of this kind of community discussion.”