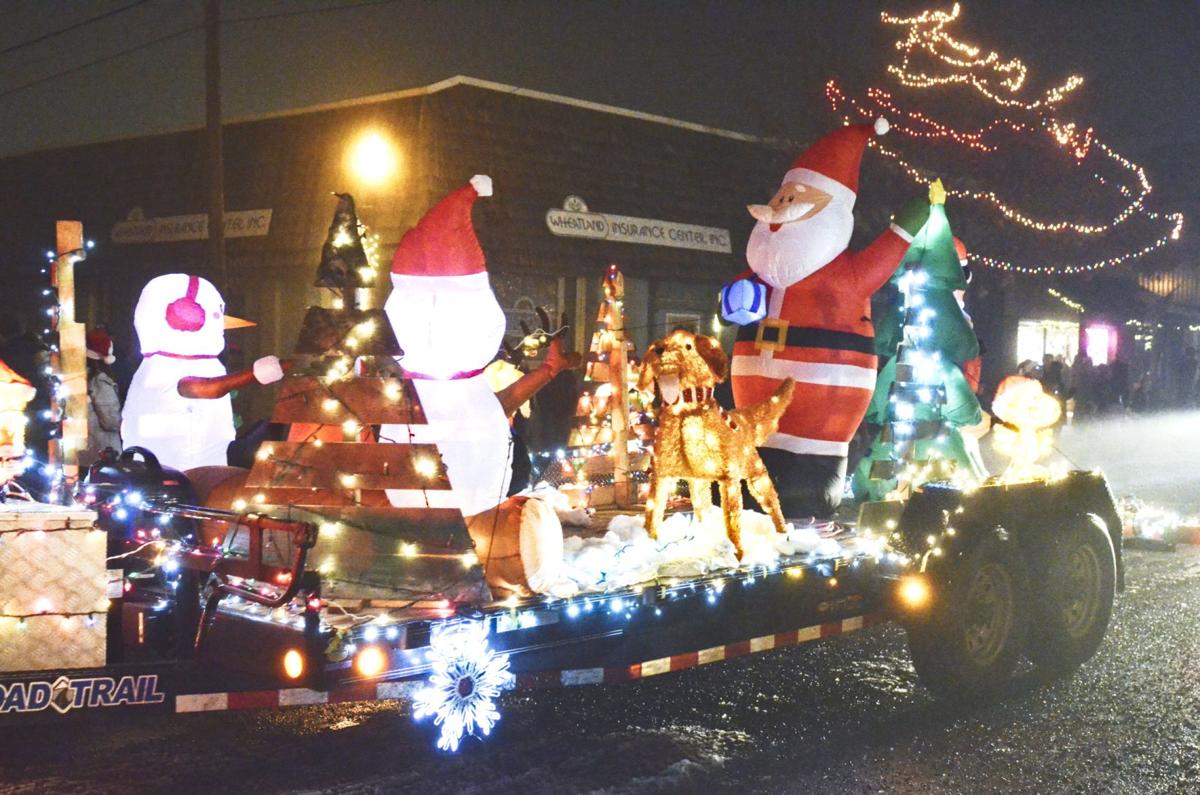 Main Street Motors’ float bearing Santa Claus and all the trappings of the North Pole, including Christmas trees, reindeer and snowmen, won first place in the float competition during the Enterprise Winterfest Parade downtown Saturday, Dec. 7. 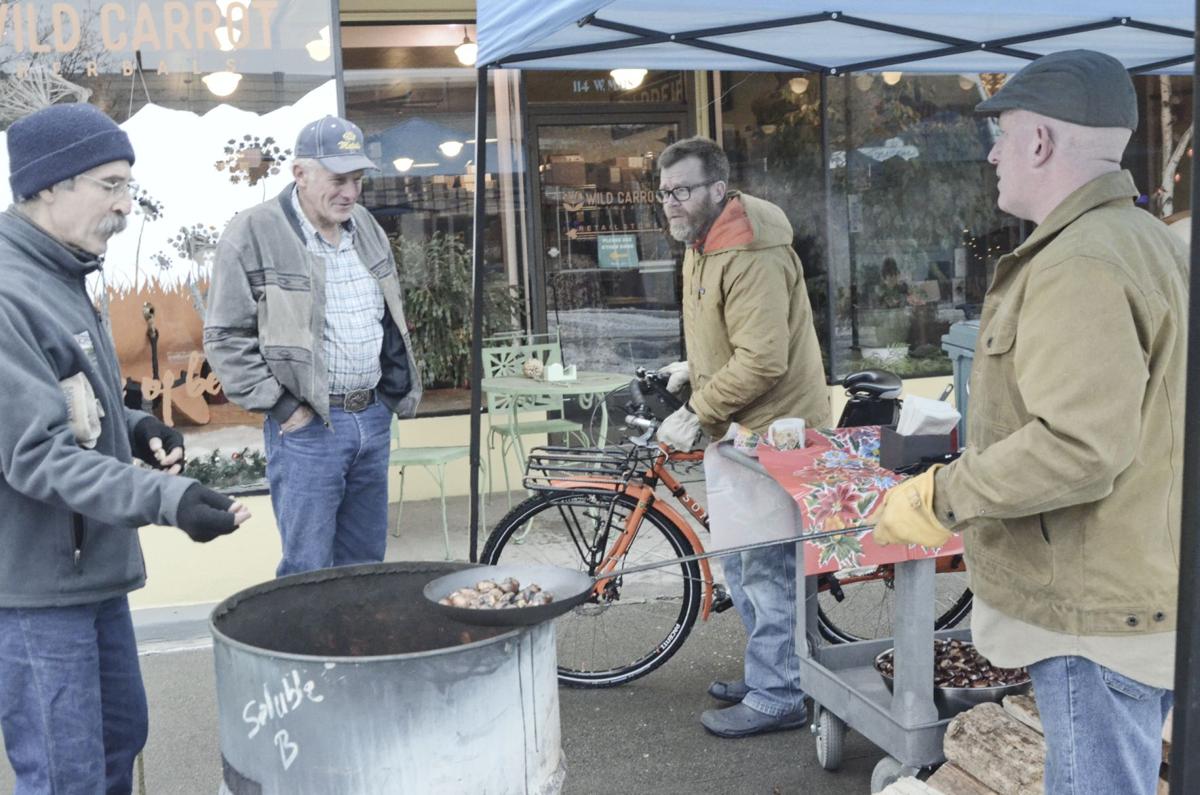 Chris Evans, right, roasts chestnuts while, from left, Rick Bombaci, Erl McLaughlin and Rob Taylor discuss the merits of the holiday favorite – they all liked them – Saturday, Dec. 7, during Enterprise’s Winterfest. 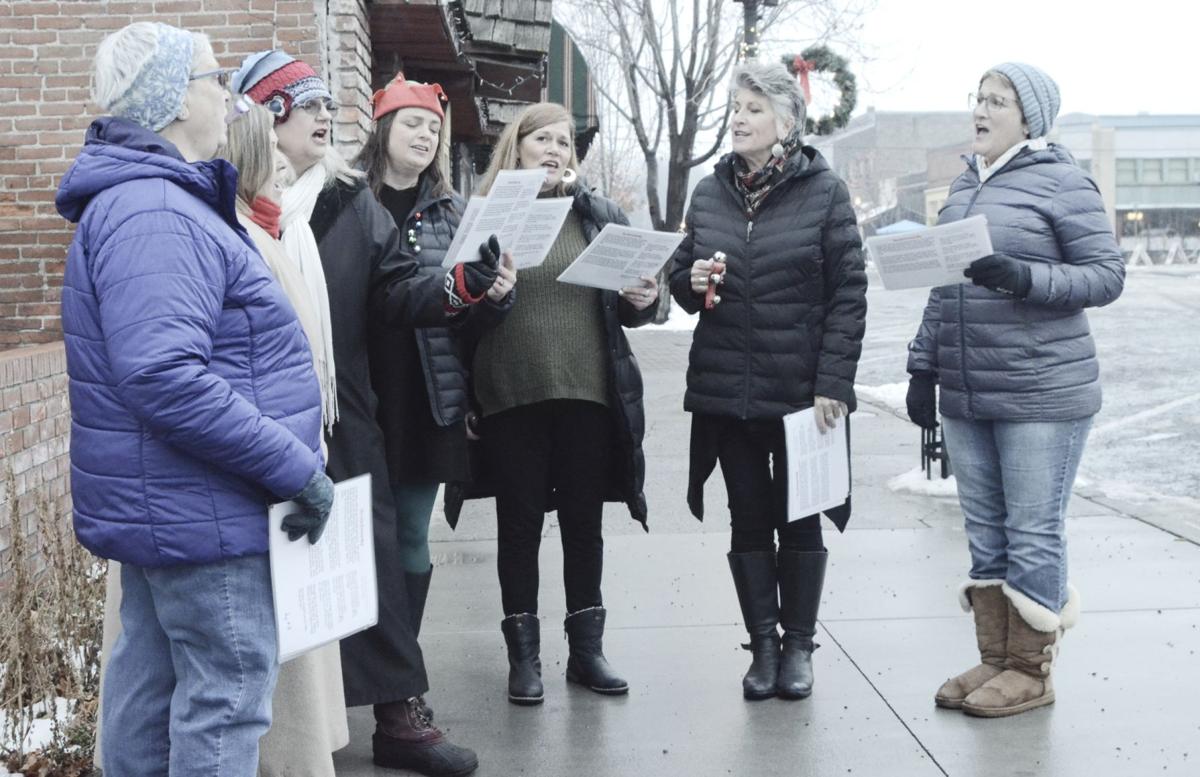 Main Street Motors’ float bearing Santa Claus and all the trappings of the North Pole, including Christmas trees, reindeer and snowmen, won first place in the float competition during the Enterprise Winterfest Parade downtown Saturday, Dec. 7.

Chris Evans, right, roasts chestnuts while, from left, Rick Bombaci, Erl McLaughlin and Rob Taylor discuss the merits of the holiday favorite – they all liked them – Saturday, Dec. 7, during Enterprise’s Winterfest.

It was a dark and foggy night – but it was brightened with an array of colorful, holiday lights Saturday, Dec. 7, as the 2019 Enterprise Winterfest Celebration lit up the town.

Winterfest events started with the opening of downtown stores but really got going when members of the local International Order of Oddfellows lodge lighted about 11 burn barrels along Main Street, with the idea that Winterfest-goers could keep warm – particularly later in the evening when the mercury dropped. They even said old copies of the Chieftain came in handy to light the barrels.

As the day progressed and the barrels warmed up, Santa Central opened at 2 p.m. at the OK Theatre. There, kids – and teens – got to sit on Santa Claus’ lap, tell him what they wanted for Christmas and get their pictures taken with the jolly red-suited character, aka Donavon Shaw, a former Enterprise police chief.

“I told him I want a hoverboard,” she said, adding that her 11-year-old brother, Luke, was more realistic just asking for a set of Legos.

Once kids dismounted from Santa’s lap, they could take advantage of the cookies and hot chocolate being handed out by Santa’s helpers, who included Gina Birkmaier, (Mayor) Stacey Karvoski and (City Councilwoman) Jenni Word. Other helpers came and went, such as (City Recorder) Lacey McQuead and Cami Word.

Outside Santa Central, kids hopped on the barrel train for a tour around downtown driven by Spencer Shelton from the “North Pole” at the corner of NW 2nd and Main streets.

Often as not, one of the passengers would be “Frosty the Snowman,” aka 14-year-old Kyler McQuead. His mom said this was his seventh year participating in Winterfest, having started as a 7-year-old riding in Santa’s sleigh during the parade.

The Wallowa County Carolers provided some holiday airs for Winterfest-goers around downtown, starting at the “North Pole” with “Silent Night.” Listeners showed they enjoyed the ladies’ joyful harmony with their smiles and applause.

Across Main Street and up a block in front of the Wild Carrot Herbals, Chris Evans spent the afternoon roasting chestnuts over a burn barrel.

“I’m just doing this to help out,” Evans said.

The holiday favorite drew many of the curious and interested, many of whom had never tasted roasted chestnuts.

Rob Taylor, who said he had eaten them before, said simply, “I love roasted chestnuts.”

Erl McLaughlin was a little less certain, though he found them “OK.”

Rick Bombaci just gushed over his enjoyment of them.

“I think they’re great,” he said. “You could eat a belly full and still feel good.”

Chestnuts, cocoa and cookies weren’t the only things on the menu, as the Enterprise Fire Department dished up chili to all comers. Before long, nearly everyone around the chili tables set up at Main and SW 1st streets had a bowlful – and seemed to be enjoying it.

The concluding event of the evening was the Winterfest Lights Parade that left the Cloverleaf hall – where the floats were judged – and arrived downtown about 5:30 p.m.

First place went to Main Street Motors with a truck driven by Andy Crow pulling a trailer laden with Santa Claus and all the trappings of the North Pole, including Christmas trees, reindeer and snowmen.

City Controller Lacey McQuead said the 20 entries in this year’s parade was the most in her eight years of being involved. She said she sent out 100 invitations to people and organizations she thought might want to participate and was pleased with the strong response.

In fact, the parade proved so popular with the scores of watchers that organizers had them go around the block and down Main Street a second time.

The one event that was supposed to conclude the evening that proved a bit of a disappointment was the Mayor’s Fudge Contest. Mayor Karvoski said there was no contest because there were no entries.