The finished raft, aptly named Miss Rapid Transit, got a Memorial Day run on the Wallowa and Grande Ronde Rivers. 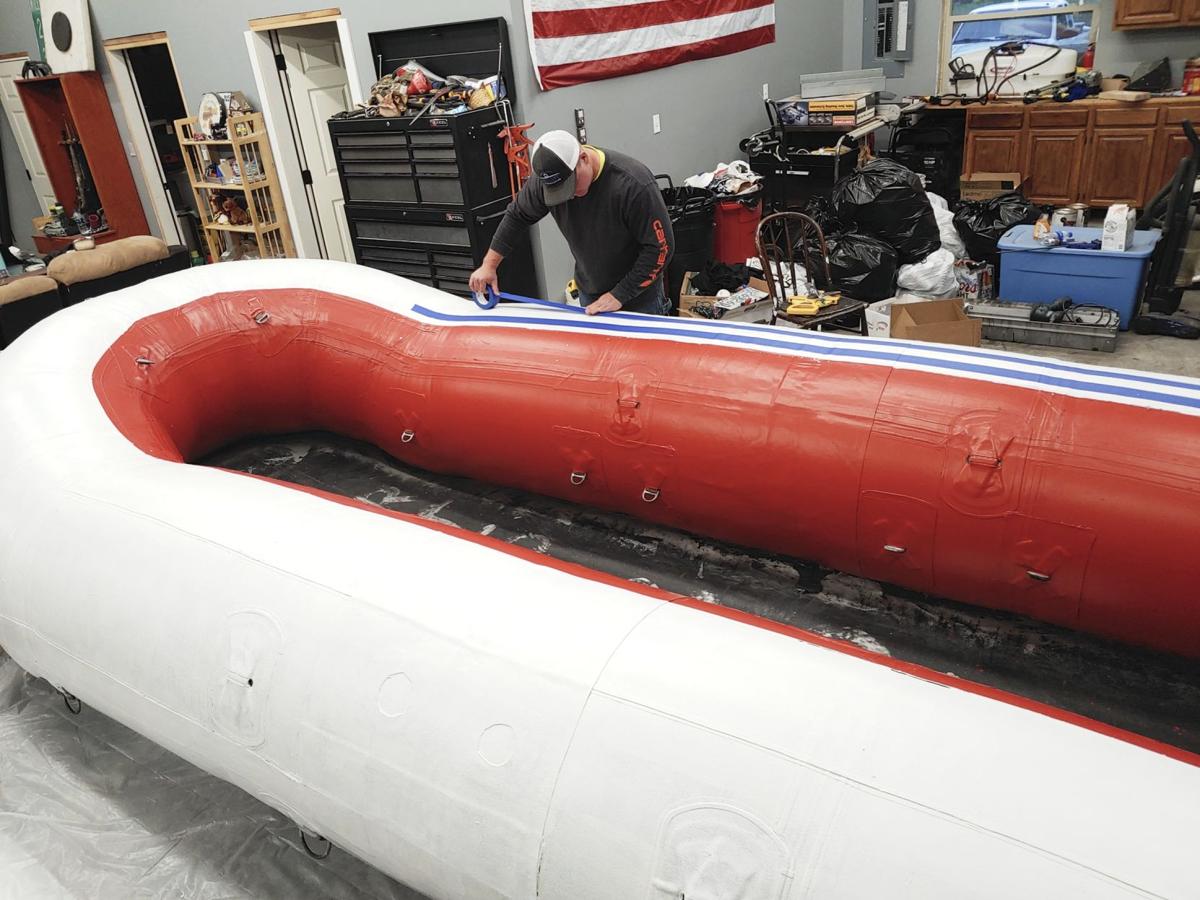 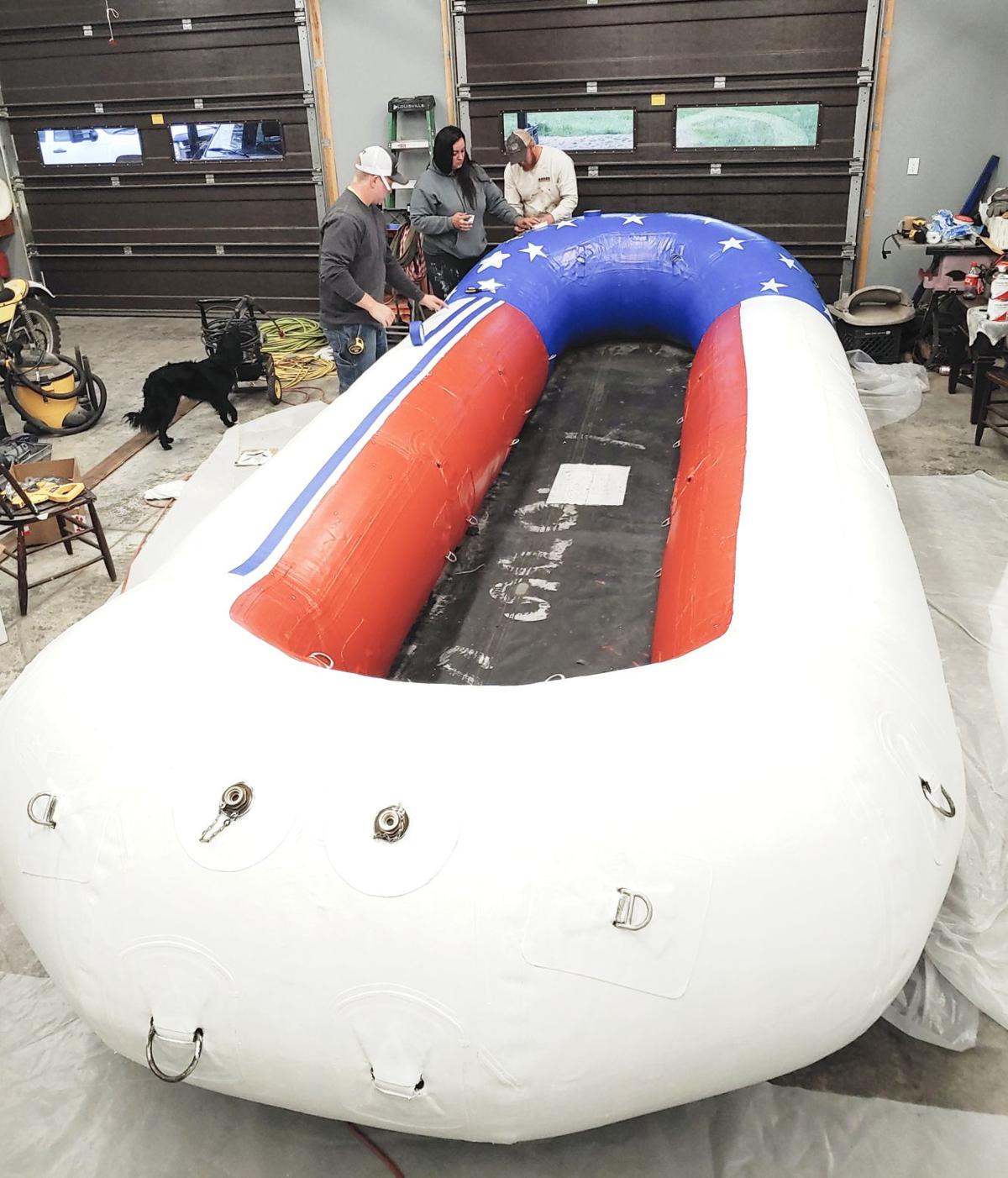 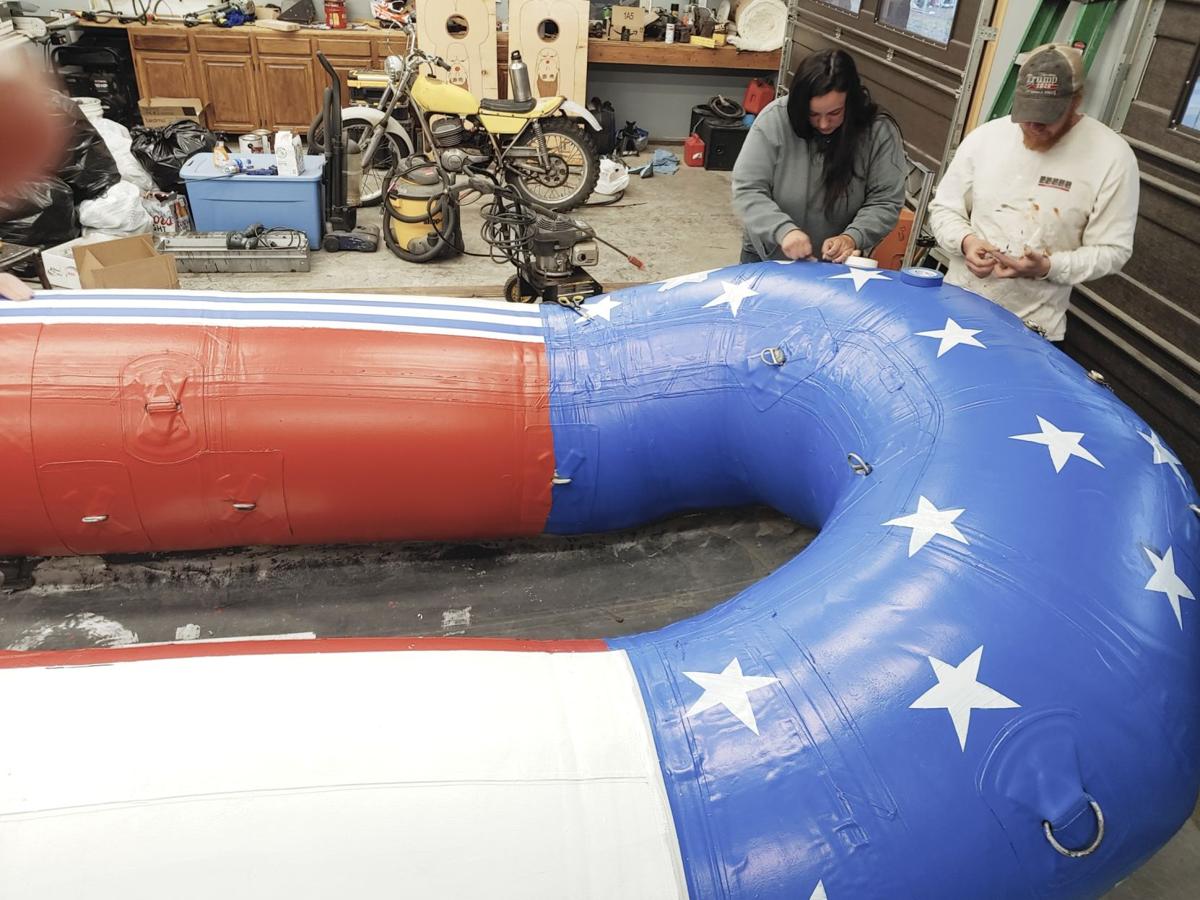 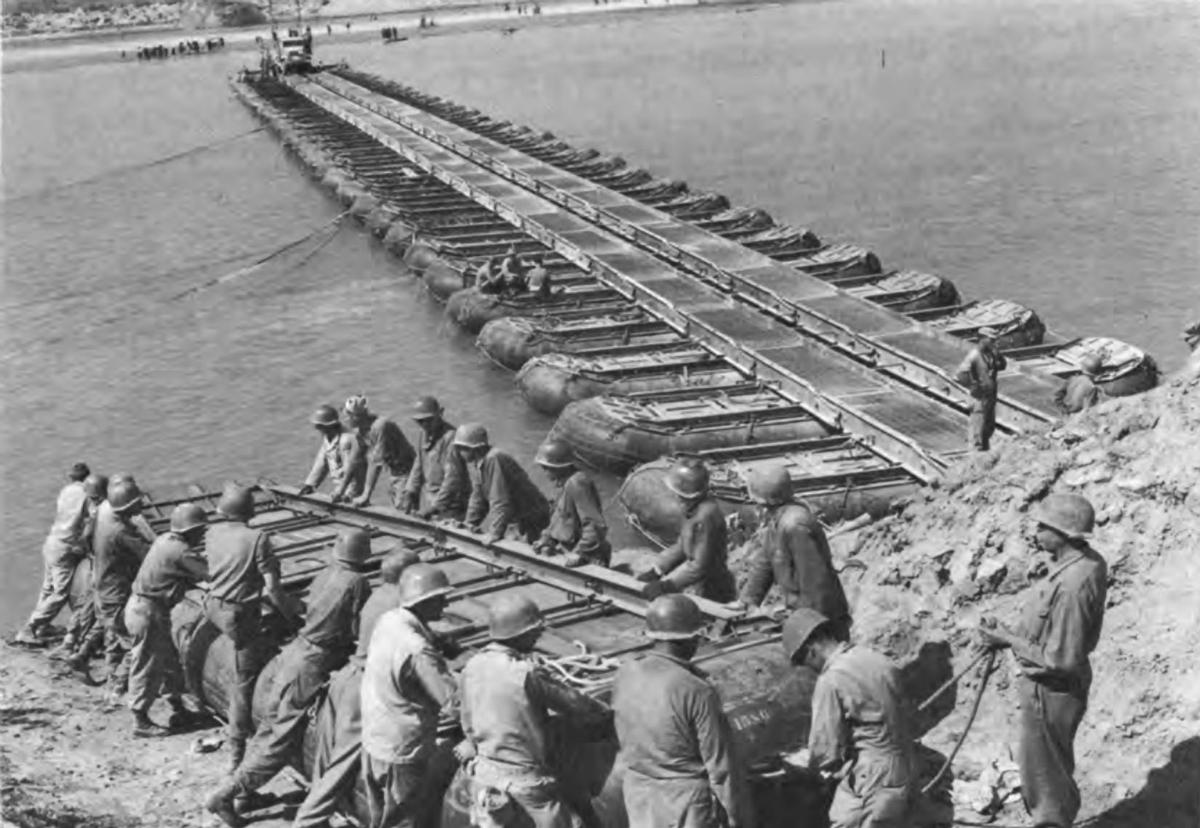 Army Corps of Engineers soldiers use pontoon rafts, like the one running rivers on Memorial Day, to make a pontoon bridge across the Po River in Italy in 1944 during WWII.

The finished raft, aptly named Miss Rapid Transit, got a Memorial Day run on the Wallowa and Grande Ronde Rivers.

Army Corps of Engineers soldiers use pontoon rafts, like the one running rivers on Memorial Day, to make a pontoon bridge across the Po River in Italy in 1944 during WWII.

A 75-year-old former military raft marked Memorial Day weekend by running the Wallowa and Grande Ronde Rivers from Minam to Wildcat Creek on the Grande Ronde upriver from Troy.

“Since (the raft is) 75 years old this year, they wanted to do something special with it,” Charlie McDaniel said.

Charlie McDaniel said he and others used to make the run in the raft every Memorial Day weekend.

“We used to float the Snake River for five days,” he said, and the raft also has run the Rogue River. “We’ve had up to 22 people in it before,” he said.

They’ll use sweeps rather than paddles to guide the heavy craft.

Charlie McDaniel said he originally got it from friends and found a sticker on it dating it to 1945 — the year World War II ended. The heavy craft weighs about 600 pounds and takes about four people to move. The 3-foot diameter tubes that make up the raft are half-inch thick rubber.

He said such rafts were used by the military, laid out side by side and covered with planks or metal tracks to use as bridges during wartime.

Originally more than 30 feet long, a center section about 8 feet long had been removed and the seams that held the re-sized craft together needed repair.

“I admire those kids for wanting to repair the raft and paint it,” Charlie McDaniel said. “They’re wanting to be patriotic. They thought what a cool thing to do to make a flag out of it. When they told me, I thought, ‘Yeah right.’ But it looks great now.”

He said the only thing that might hold up the young adventurers from putting in Saturday would be the weather, which has been stormy in recent days.

“We’ve never canceled before,” he said. “The weather’s the main thing.”

Charlie McDaniel said his son, Dusty, and seven to nine others planned to put in at Minam on Saturday for the epic voyage.