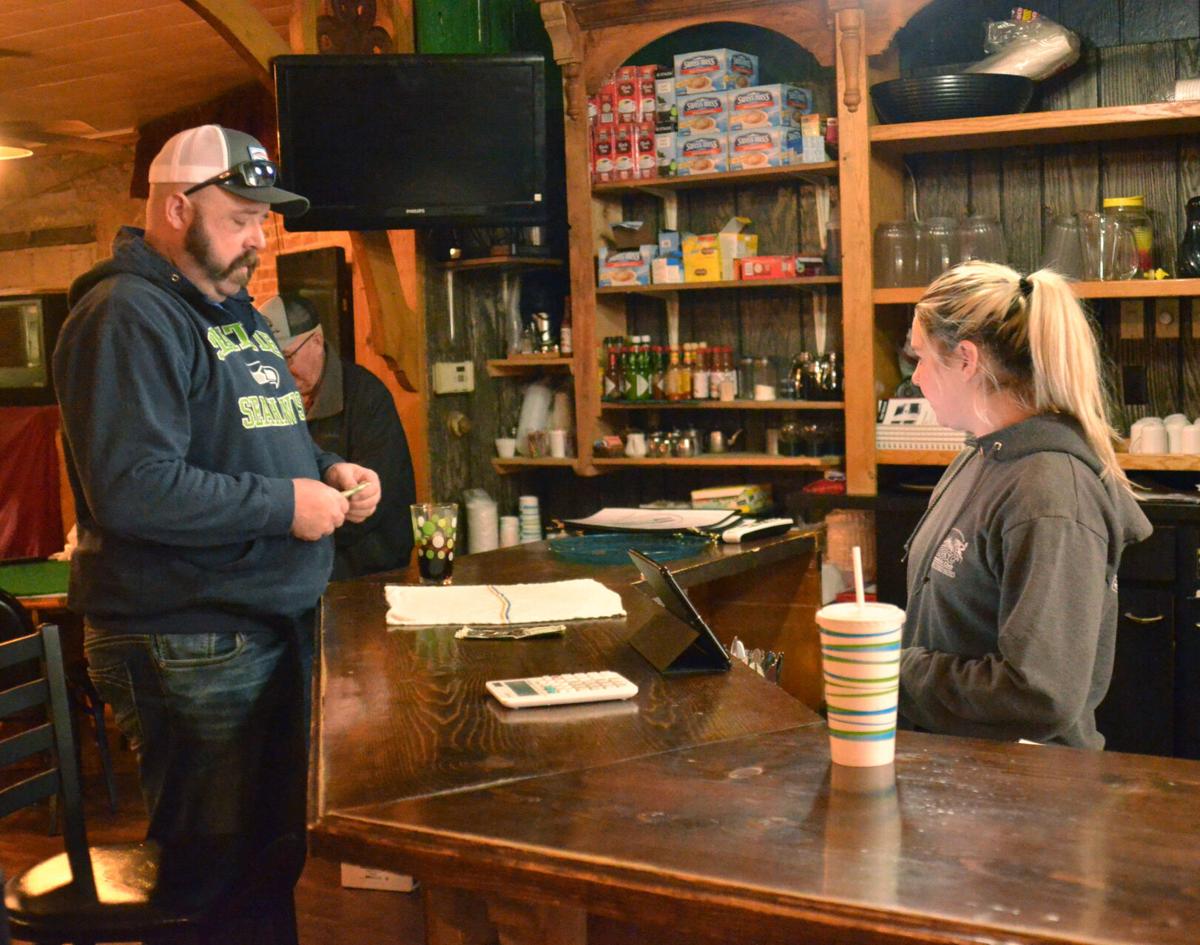 Travis Beach pays his tab to Friends Restaurant and Pub proprietor Bree Gladden on Wednesday, Feb. 10, 2021. Earlier in the week, the Enterprise City Council endorsed a liquor license for Friends, and Gladden hopes to start serving beer and wine in March. 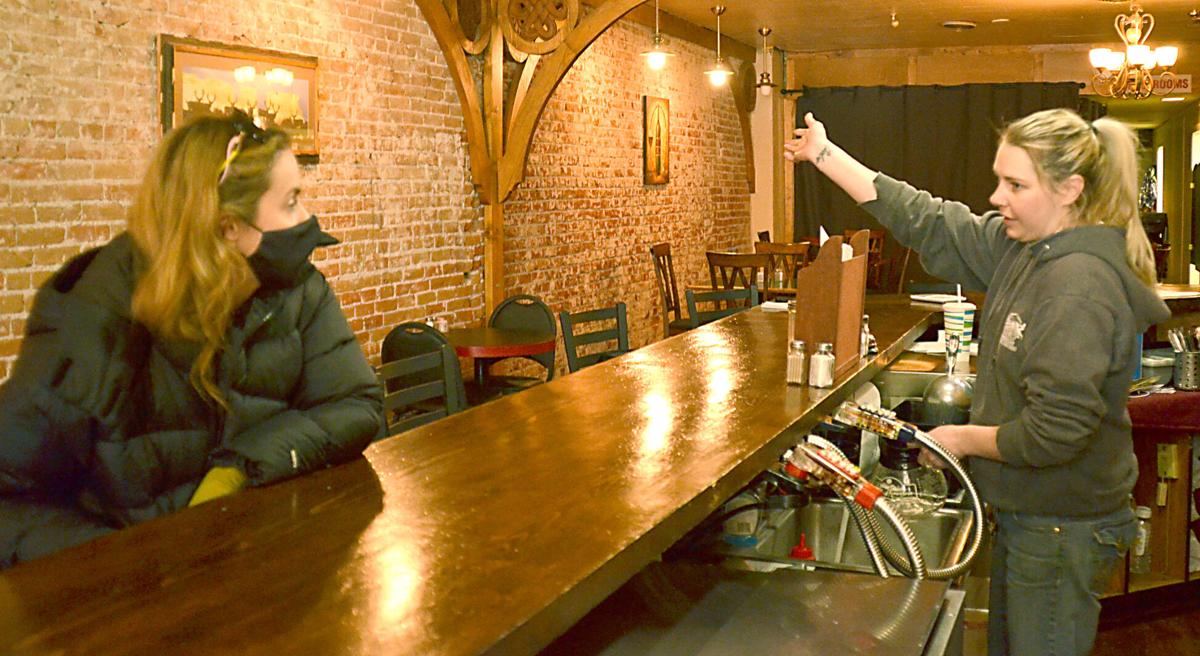 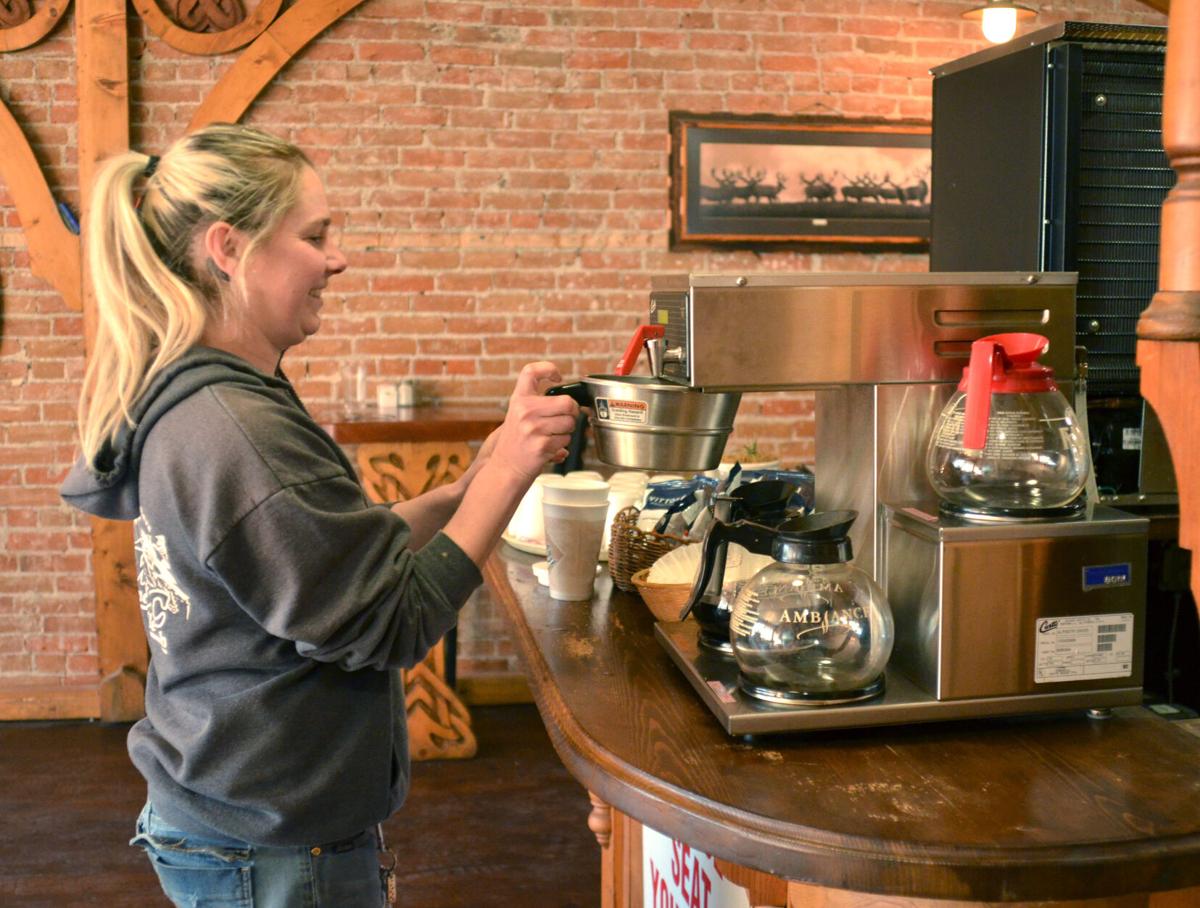 Bree Gladden, proprietor of Friends Restaurant and Pub in Enterprise, starts a fresh pot of coffee Wednesday, Feb. 10, 2021. Earlier in the week, the Enterprise City Council endorsed a liquor license for Friends and Gladden hopes to start serving beer and wine in March.

Travis Beach pays his tab to Friends Restaurant and Pub proprietor Bree Gladden on Wednesday, Feb. 10, 2021. Earlier in the week, the Enterprise City Council endorsed a liquor license for Friends, and Gladden hopes to start serving beer and wine in March.

Bree Gladden, proprietor of Friends Restaurant and Pub in Enterprise, starts a fresh pot of coffee Wednesday, Feb. 10, 2021. Earlier in the week, the Enterprise City Council endorsed a liquor license for Friends and Gladden hopes to start serving beer and wine in March.

ENTERPRISE — Want a beer or wine with your lunch? Friends Restaurant and Pub is getting friendlier and plans to add limited alcohol sales to the menu, said proprietor Bree Gladden.

The Enterprise City Council endorsed the liquor license Monday, Feb. 8, and Gladden is still working out the details with the Oregon Liquor Control Commission office in Pendleton. She hopes to begin liquor sales by March, she said Wednesday, Feb. 10.

Although the “and Pub” part of the café’s name hasn’t been emphasized since she opened in April 2019, it’s always been part of the plan.

“It’s been registered as Friends Restaurant and Pub since the day I opened,” she said. “We planned on adding alcohol at some point in the future. We just didn’t want to start with that. We had a very minimal amount (of capital) to get started in the first place and we just wanted to get open first. We didn’t have all that for the liquor license fees and the inventory. We had just enough to get opened and get started. … It’s been set up for a bar, always.”

The new liquor license will not include hard liquor, although that could be in the future, she said.

“I’m hoping that by next month we’ll be able to serve beer and wine and champagne, but we’re not going to have hard liquor right now. I only applied for a limited license,” she said. “You know, beer, wine, red beers — all that good stuff.”

“They require a lot of energy and a lot of attention, as well,” Bree said.

Dustin occasionally helps out, but the operation is largely run by Bree, with the assistance of five employees.

Friends is open seven days a week, from 5 a.m. to 3 p.m. As yet, Gladden doesn’t have plans to expand into the dinner realm.

“At first, we will probably just have a special Friday and Saturday,” she said. “Right now, with it being slower, I work a lot. It would be too much to work all day for 10 hours and then to do the evening as well, with three kids and all the other stuff.”

She envisions possibly trying a limited dinner menu at some point, at which time she’ll seek customer feedback on what menu items they’d like to see.

“At first, we’ll just feel it out.… We’d like to try dinners, but we’re not going to jump right in and lose a bunch of money,” she said. “I want to make sure people are interested in coming for dinner and get people’s feedback.”

As for the restrictions caused by the COVID-19 pandemic that nearly all businesses have been affected by, Friends was no different and it is surviving well. Gladden said the shutdowns last spring and in November definitely hurt business.

“It hurt a lot. The first time we were forced to shut down, it was before we were open for a whole year,” she said, adding that government aid has helped. “We’ve definitely taken advantage of all the opportunities to get a little bit of help.”

Still, Friends has managed to thrive amid the pandemic.

“It definitely affected us, but we had a pretty good year and we were able to open back up in May,” she said of the first shutdown. “We had really great numbers for a while so I imagine we would’ve had a really great year if we hadn’t of had to be shut down for a few months.”

Gladden believes her patrons’ eagerness to get out of the house helps.

“After the second freeze we had in November, I think a lot of people are just tired of not being able to go out if they want,” she said. “So now, when places are open, I feel like more people are ready to go out because you never know when it’s going to get shut down again.”