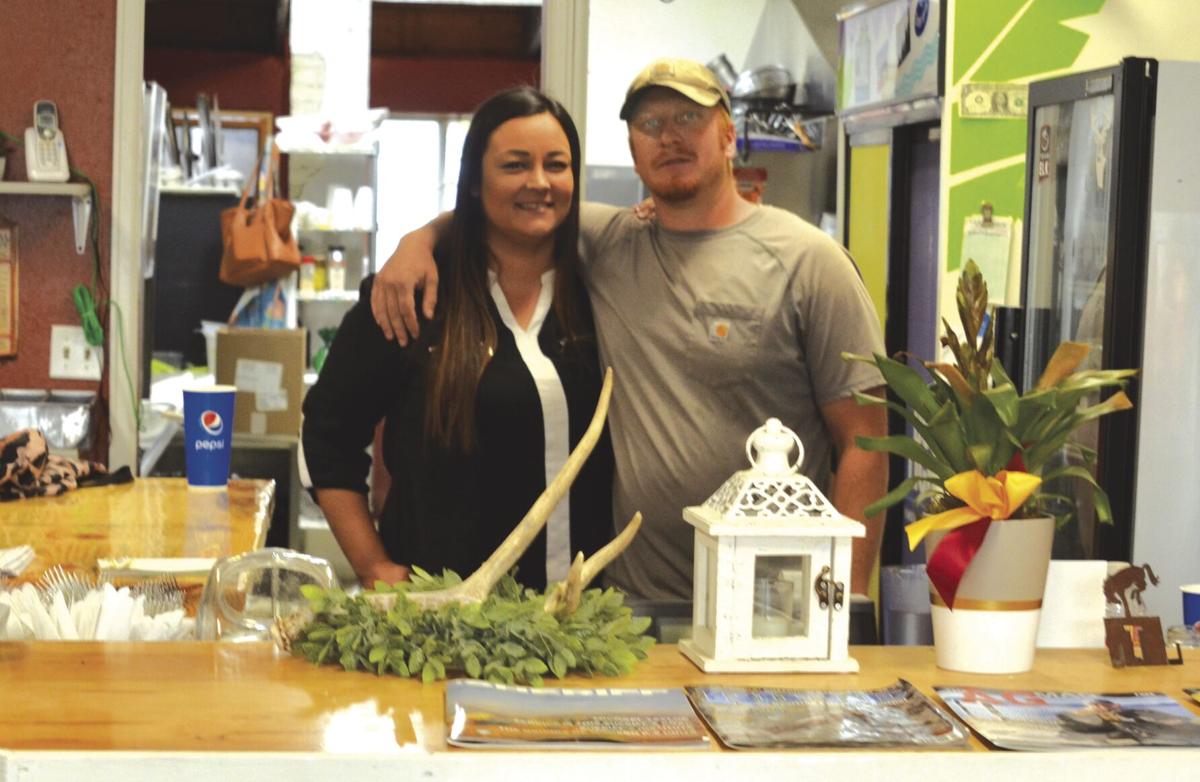 Tish and Cody Green prepare to open for the day on Wednesday, Sept. 8, 2021, at their business, The Brick Restaurant, in Wallowa. 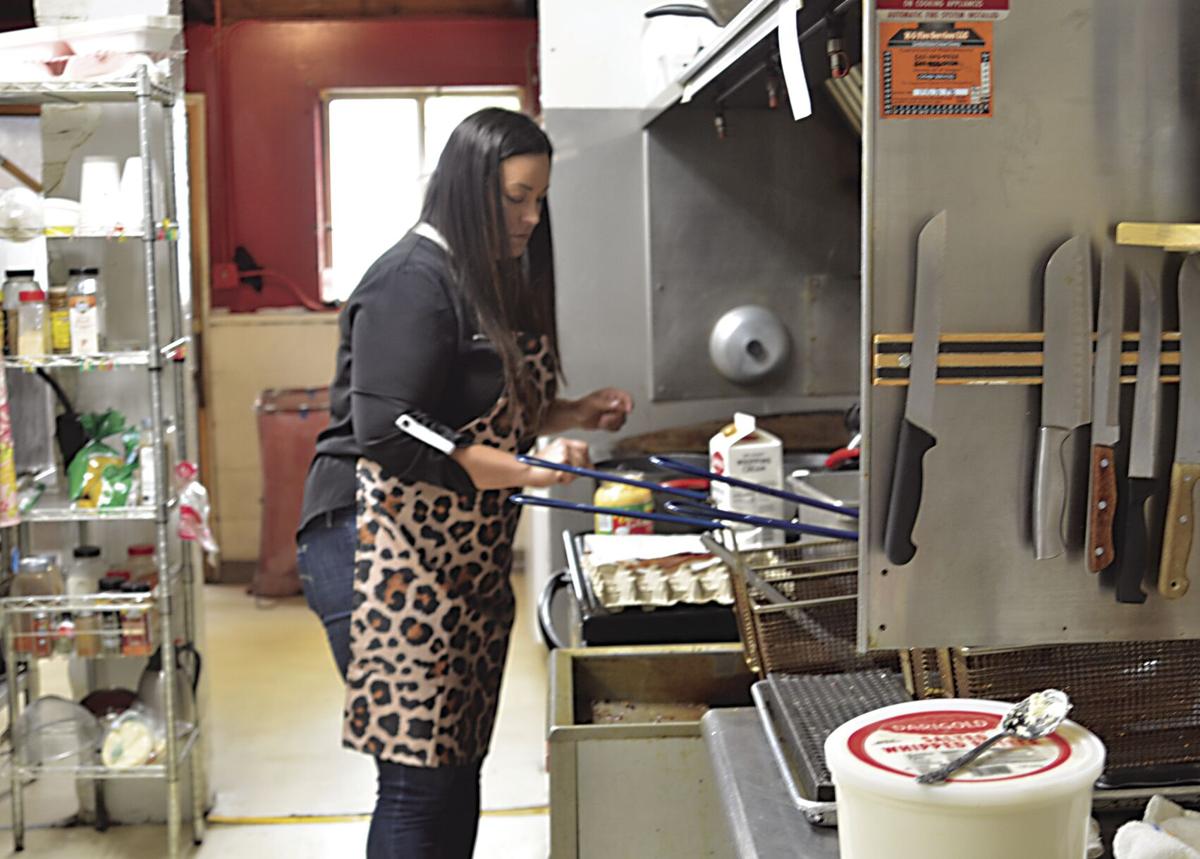 Tish Green, co-owner of The Brick Restaurant in Wallowa, gets the kitchen ready to open Wednesday, Sept. 8, 2021. She and husband, Cody, operate their new venture. 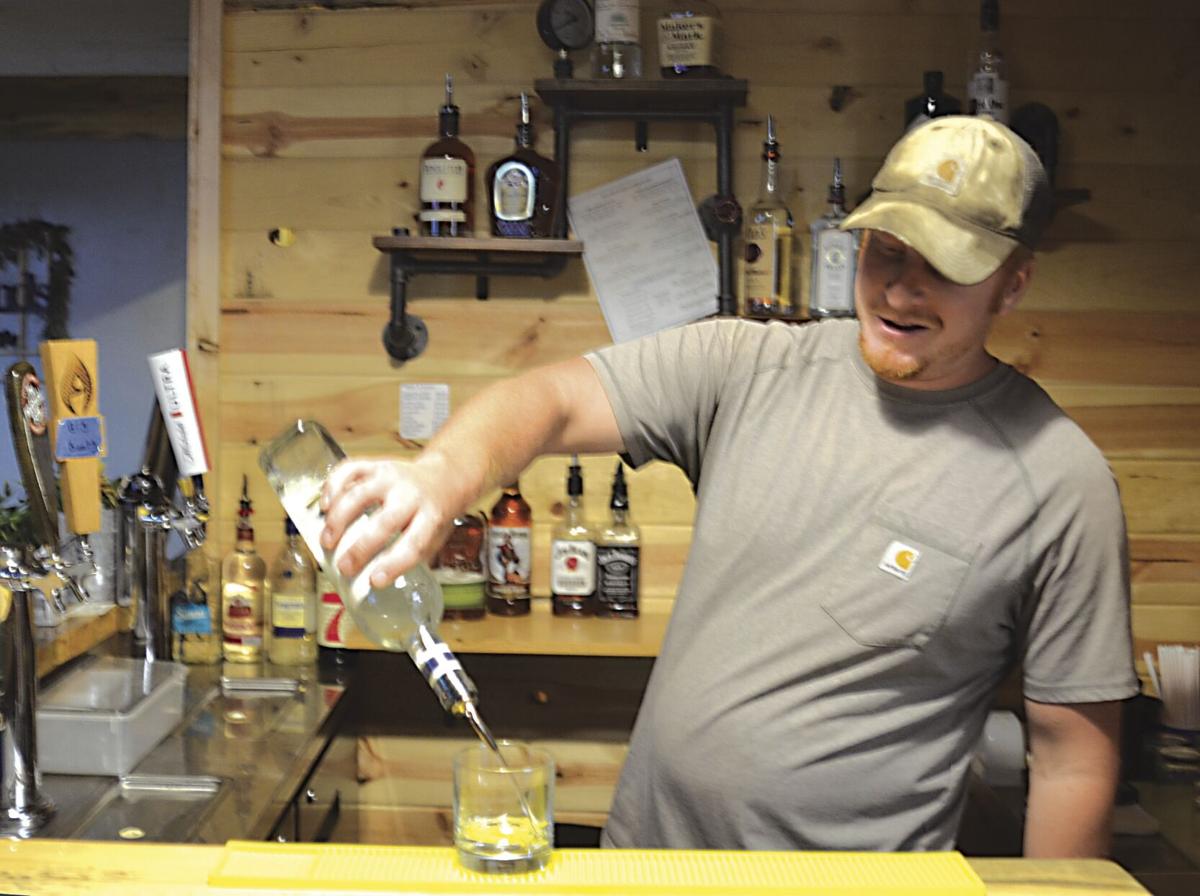 Cody Green, co-owner of The Brick Restaurant in Wallowa, is the chief bartender. His wife, Tish, is the primary cook. 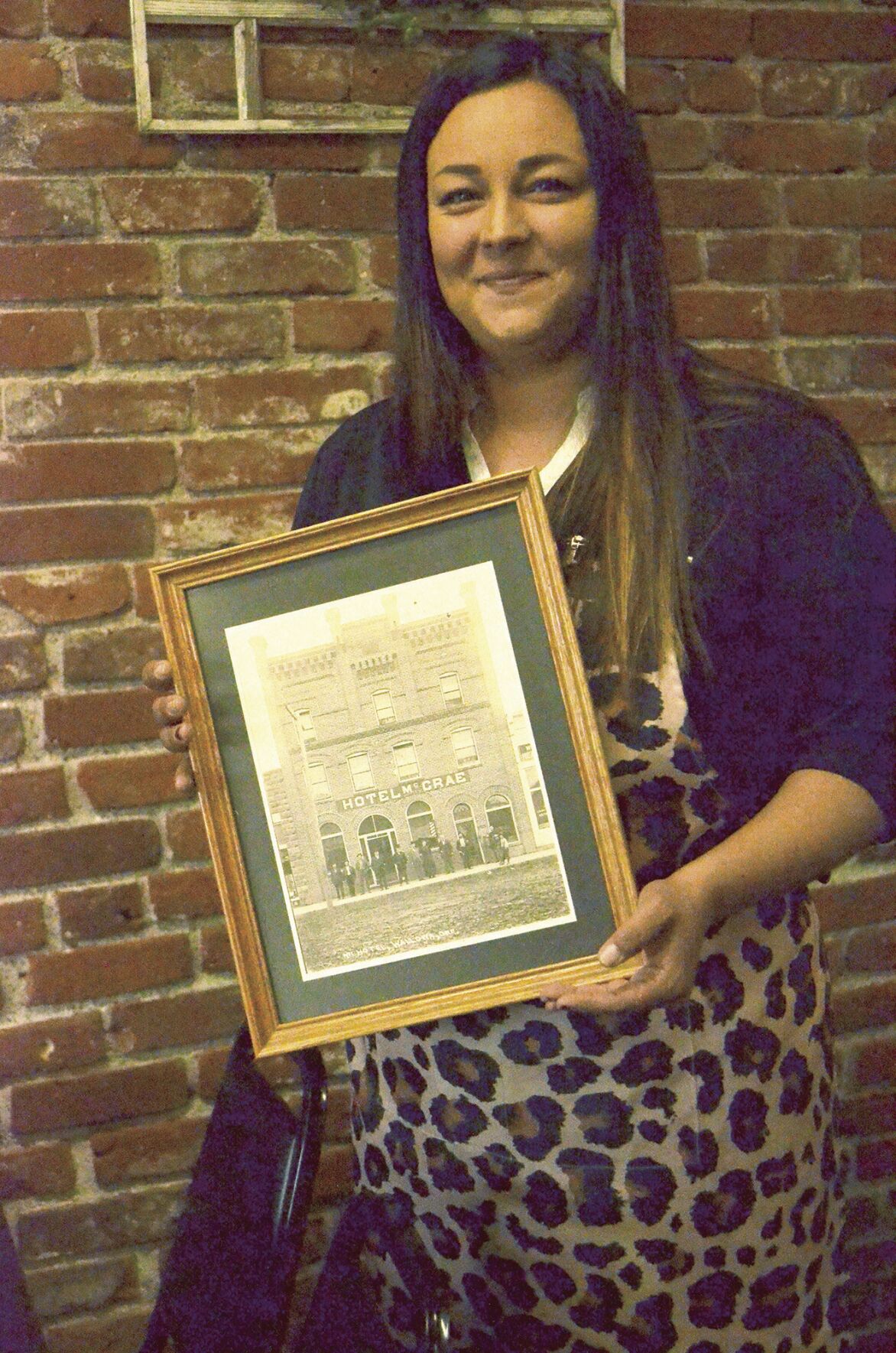 Tish Green, co-owner of The Brick Restaurant in Wallowa, takes pride in the fact that the restaurant is in the same building where an ancestor operated the Hotel McCrae in the late 1800s.

Tish and Cody Green prepare to open for the day on Wednesday, Sept. 8, 2021, at their business, The Brick Restaurant, in Wallowa.

Tish Green, co-owner of The Brick Restaurant in Wallowa, gets the kitchen ready to open Wednesday, Sept. 8, 2021. She and husband, Cody, operate their new venture.

Cody Green, co-owner of The Brick Restaurant in Wallowa, is the chief bartender. His wife, Tish, is the primary cook.

Tish Green, co-owner of The Brick Restaurant in Wallowa, takes pride in the fact that the restaurant is in the same building where an ancestor operated the Hotel McCrae in the late 1800s.

WALLOWA — A local couple has taken over the former Main Street Grill and revamped and reopened the place, dubbing it The Brick Restaurant.

Cody and Tish Green opened The Brick in April. The name from the new establishment comes more from its structure than anything, Tish said.

“It actually wasn’t anything spectacular,” she said. “We were having a hard time landing on a name and we looked around one day and because the building’s all brick, it became The Brick.”

In fact, she relishes the local and family history in the building. On one of the walls she keeps photographs of the building from the 1880s and 1902 of the Hotel McCrae, owned and operated by her step-grandmother’s family. She said the building was sold in 1902, thus the latter photo.

The Greens are green

Neither Cody nor Tish has ever run a restaurant or bar before and they’re learning as they go, they said.

“We’re green at it,” Tish said. “I worked as a property manager for Chrisman (Development) for the past five years while I lived here. When Wiley (Frye) decided to sell this place … we just got a wild hair and thought we’d try and do it. I’ve always loved cooking at home and now we’re serving other people.”

Cody, on the other hand, has more experience with cattle. He operates his grandfather’s 1,000-acre ranch where he raises about 100 head of Hereford-Angus cross.

“I don’t know anything about restaurants,” he said. “I’m mainly doing it to help Tish.”

He’s the main bartender, but also handles the front end of the restaurant while Tish cooks.

“He was saying (a few days previously) that how his life has changed opening this place because he used to work solely with cows and didn’t have to work with many people,” Tish said. “Now he’s in this profession where he’s (working with people) all day, every day, so it’s been a huge change for him.”

Does he prefer people or cattle?

“A little bit of both,” Cody laughs.

He grew up in the Wallowa area, while Tish is from Pendleton and has only lived here about six years. But she’s no stranger to the area.

“I spent a lot of summers here because my grandparents were here,” she said. “We spent all our lives coming to Wallowa, but as far as actually moving here, that was in 2015.”

Being that the restaurant business is new to the Greens, they’re still working out bumps in the road.

“We’re still trying to figure out ‘kinks’ before we settle into a menu and what works for us, especially as we move toward a fall and winter menu,” Tish said. “The hours, we’ve had to change a little bit — we even had to close the past couple of weeks because we had to stay in quarantine because we were exposed to COVID, and we absolutely had no income the past two weeks, so that was another kink we had to work out.”

Other delays were caused by a wait to get liability insurance to cover the hard liquor in the bar.

“It was previously just beer and wine,” Tish said. “But figuring our hours and what works for us — we open at 3 p.m. and it usually picks up about 5 p.m.”

Adding one more eatery to a small town may seem like too much, but the Greens have found their niche. With others offering breakfast and lunch, they decided to focus on dinner and staying open later. That’s evident in both their hours and their menu.

“Our option was to pick a lane,” Tish said, adding that nearby restaurants offer earlier meals, so they planned to concentrate on fare for later in the day and evening.

“Our intent was to not do what everyone else was doing, not to offer the same kind of thing,” she said. “Originally, we wanted to be the place that stayed open later.”

The intent is not to compete with nearby restaurants.

“There’s no need for that much competition in a tiny community like this,” she said. “Rather than making it about competition, it’s more about giving more opportunities to the folks who are here. That’s the route we wanted to go and we’ll stick with for awhile. We like change.”

That’ll be evident as the seasons change. Right now, the menu is “focused more on dinners: steak dinners, pork chops, chicken, pastas and we have a few options for burgers, chilis, a sirloin dip like a French dip but with sirloin meat so it’s better,” Tish said. “When I switch to the winter menu in a couple of weeks, we’ll be gearing toward the warm, comfort foods, so a lot of hot sandwiches, hot rolls and soups.”

“We are going to serve a ‘brick of fries,’ because we are The Brick,” she said. “You typically see something like that at a fair. It’s this compressed ‘brick’ of potatoes and you fry it … usually they’re topped with cheese, chili and you can even do a lot of different things.”

Who: Cody and Tish Green