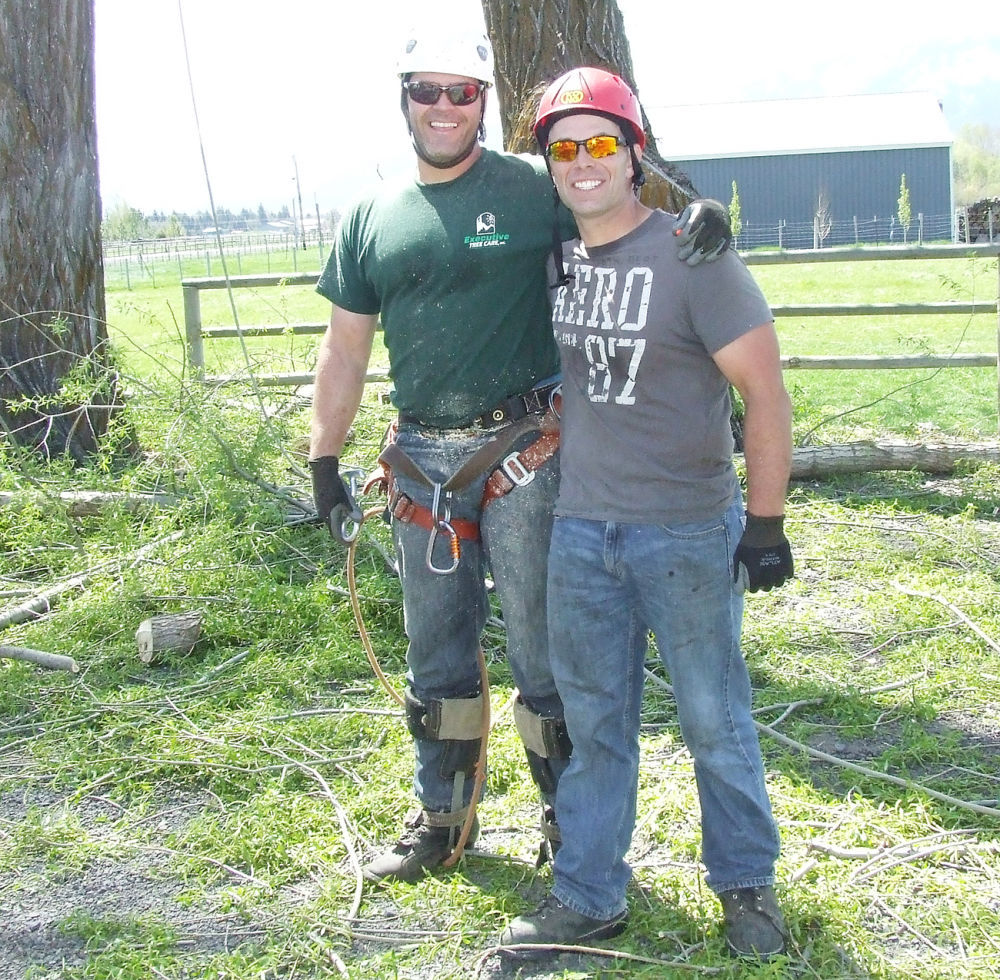 <p>Brothers Jack (left) and Brian Walker have resumed operation of Executive Tree Care, based in Joseph.</p> 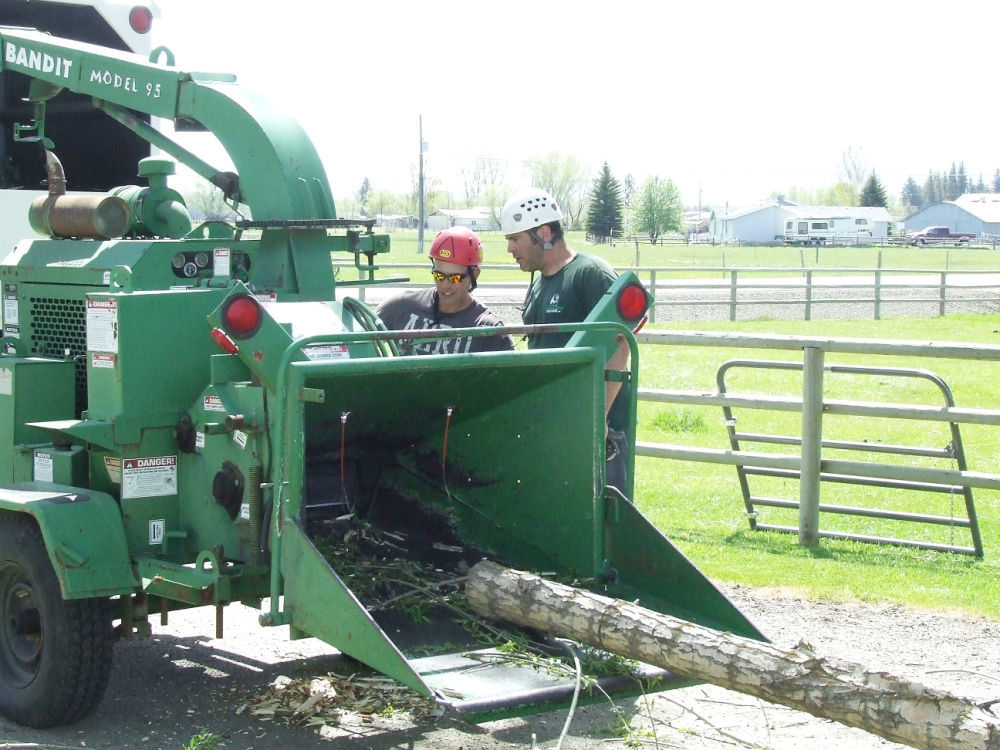 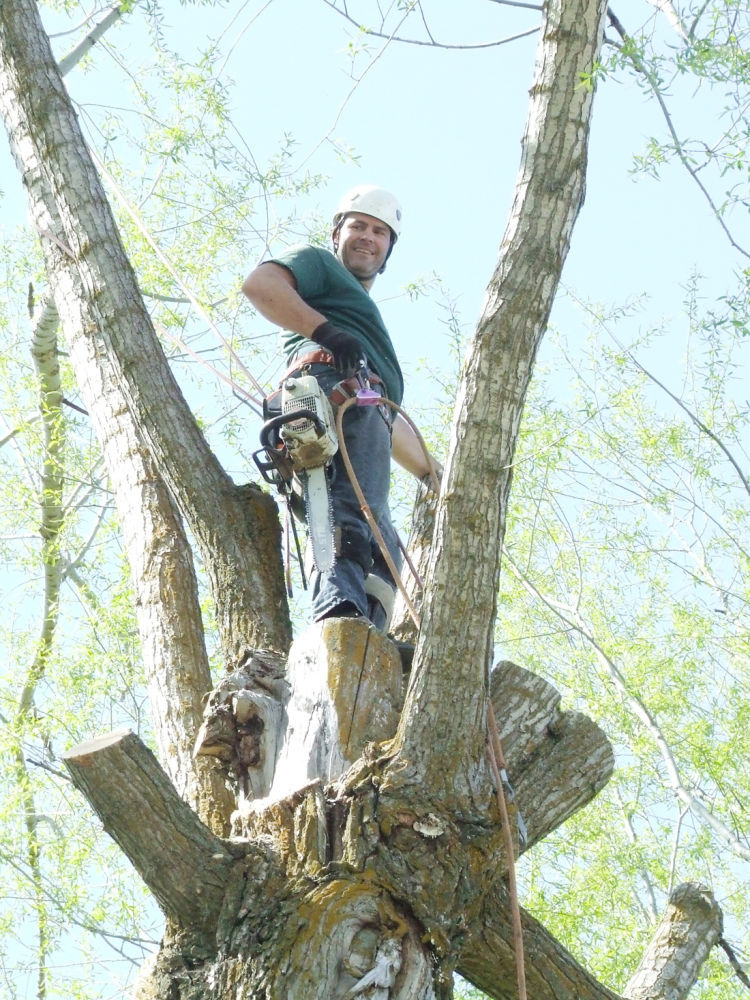 <p>Jack Walker, an expert tree climber, says his grandfather, Jack Layton, taught him the skill when Walker was 14.</p>

<p>Brothers Jack (left) and Brian Walker have resumed operation of Executive Tree Care, based in Joseph.</p>

<p>Jack Walker, an expert tree climber, says his grandfather, Jack Layton, taught him the skill when Walker was 14.</p>

Jack Walker may have gone on to different environs in other professional pursuits, but lately you can find him where he last used to hang around regularly nearly a decade ago  up a tree.

Walker, a certified arborist who operated Joseph-based business Executive Tree Care until a life-threatening illness pushed him in a new direction, is back at it with Executive, which, until this spring, hadnt been active for approximately eight years. Now theres a brand-new chip truck with a 14.8-yard bed, the company has its old chipper back, and finally  the reason for getting the operation going again in the first place  a person to not only share the workload, but who will also eventually take over the business.

That second person is Brian Walker, Jacks brother. Until recently, Brian was employed at Alaskan Bushwheel, which was housed at the industrial site near Joseph State Airport. Although that business offered to continue employing him if he moved with the firm to Alaska, Brian chose to remain in Wallowa County rather than uproot his family.

Brian, 37, is a 1995 Joseph High School class member. Brother Jack, 41, graduated from JHS in 91. Brian said most of their childhood years were spent in Springfield and Eugene, however.

The brothers have both been helicopter loggers, making them representatives of a fifth successive generation of loggers in their family tree.

When Jack was still in his 20s, though, he pivoted to a career in tree care, working first with established Wallowa County tree care pro Marty Hamilton and later with a Portland-based regional firm. There, Jacks exceptional adroitness climbing and working in trees was quickly noted, and soon he was drawing the companys most challenging assignments of this nature.

Now Jack Walker is teaching his brother not only how to climb trees, but everything else he can about tree care. Its not a process Jack intends to rush. Hes says the two will work together for at least two years, and Jack will continue to make himself available beyond that period. Im going to be around for Brian whenever he needs me, the older brother says.

One Wednesday early in May the Chieftain found the pair at work removing an old willow tree from a row of willows at a Hurricane Creek Road address near Enterprise. The brothers had worked at other locations the two previous days, pruning a total of 15 trees and removing five others.

At this moment, Jack was up in the tree with a chainsaw while Brian performed the ground work, but Brian said that, soon, this wouldnt always be the case. He said he was already kind of getting a feel for climbing.

For homeowners interested in planting new trees, Jack warns against birch, which is susceptible to a now-epidemic bore. His recommended species include autumn blaze maple (a hybrid suited to the local climate), flowering plum or even crabapple, among the faster-growing choices, and red oak, if you dont mind something that grows more slowly.

You want to look for ones that do add value, he says.

He also urges people to visit a favorite website, treesaregood.com, for all kinds of information about tree selection and care.