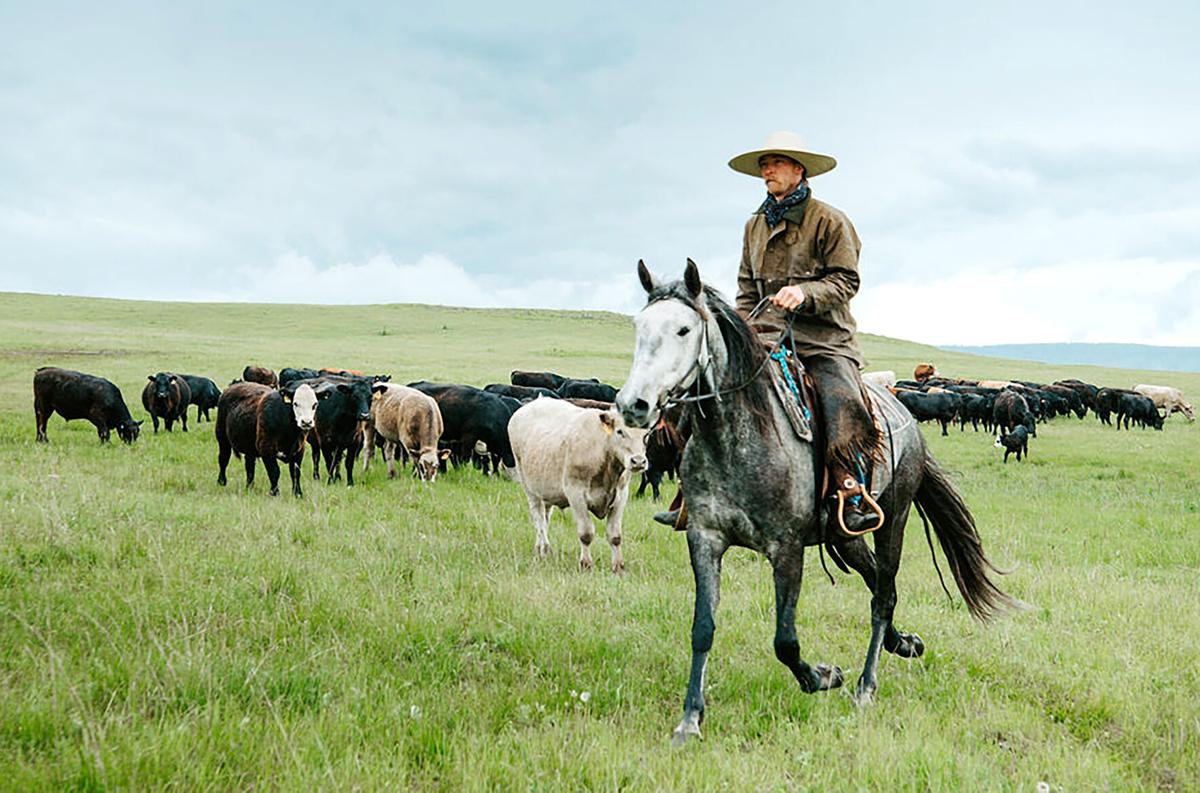 Ranchers ride among their grass-fed cattle on the Carman Ranch near north of Wallowa.. Carman Ranch is one that provides beef for the Burgerville burger chain, which prides itself on using locally grown, grass-fed beef. 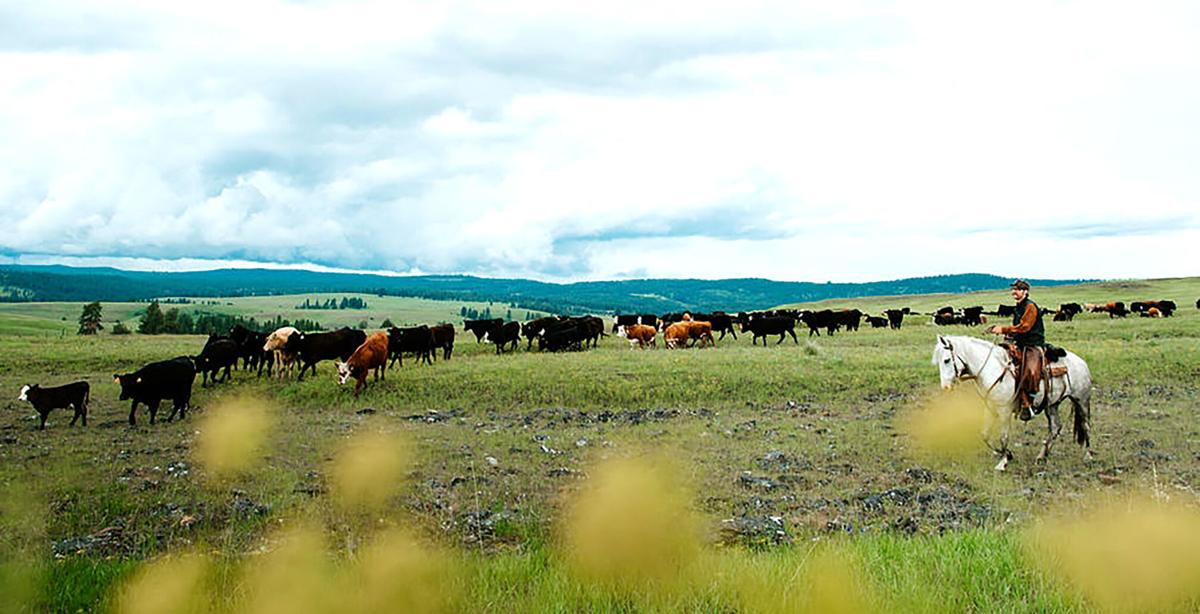 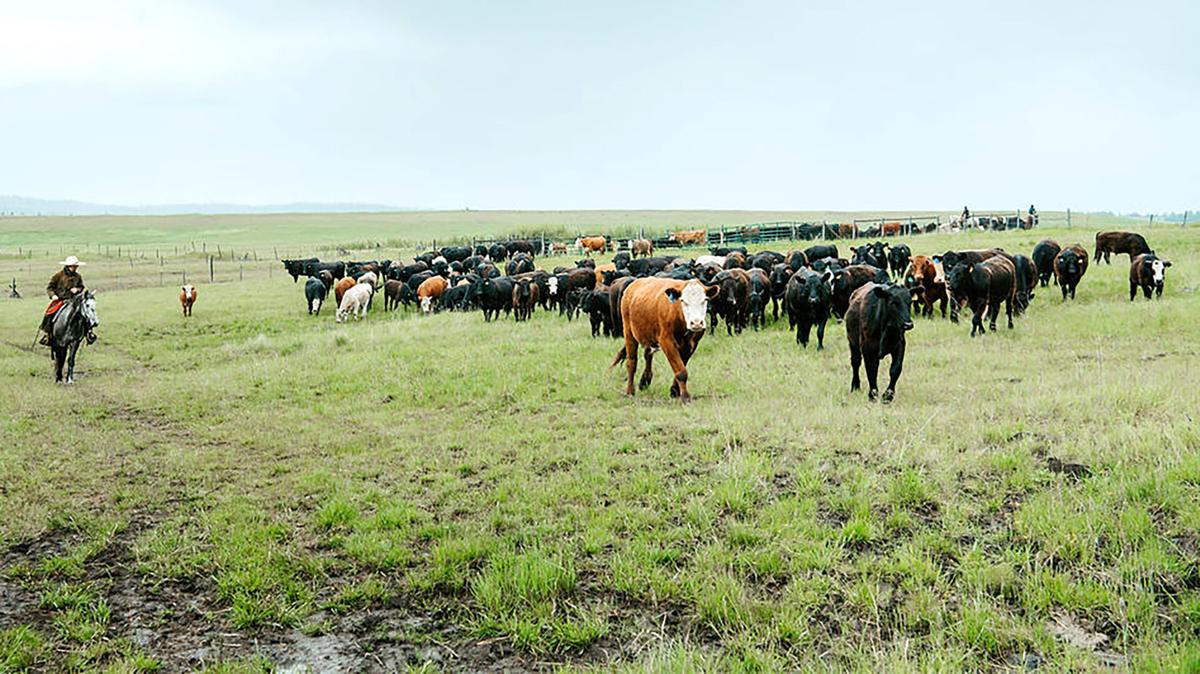 Ranchers ride among their grass-fed cattle on the Carman Ranch near north of Wallowa.. Carman Ranch is one that provides beef for the Burgerville burger chain, which prides itself on using locally grown, grass-fed beef.

WALLOWA COUNTY — Wallowa County’s own Carman Ranch is contributing a lion’s share of the meat to be featured in the new “Wallowa Burger,” offered by Burgerville, a Vancouver, Washington, burger chain that specializes in locally grown meat, according to a press release.

“I haven’t had one yet, but Burgerville says it’s really good,” said Cory Carman, owner of the Promise-area ranch.

The Wallowa Burger uses Carman’s grass-fed beef for what some say is a healthier meat. It also uses meat from the Portland-area Mama Lil’s Mayo.

“I don’t know that it’s special, it’s just a different finishing diet,” she said of her ranch’s beef. “It has a different nutritional profile. … The cattle are finished on pasture and forage-based crops rather than grain” in feedlots.

“Pasture-raised meat is different,” said Jamie Powell, Burgerville’s vice president of food and menu development in the release. “The animals live their lives in fresh air and open spaces, foraging on grasses and grains they were intended to eat. The result is delicious, healthy meat that becomes tasty burgers for our guests. You don’t have to go to a full-service restaurant or a grocery store to enjoy it.”

“There’s a different nutrient content from grain-fed beef,” Carman said. “I don’t know that it’s better — everybody has their opinions. It’s what we specialize in and it’s what we enjoy.”

Burgerville has 40 outlets in Portland, The Dalles and Vancouver. The release said the Wallowa Burger will be in all its stores as a limited-time offer through the end of February.

With over 75% of its ingredients grown, raised or produced in the Pacific Northwest, the release said Burgerville is committed to increasing local sourcing and to blazing a trail for conscious eaters by serving Northwest-raised and pastured meats. It pioneered its No. 6 burger in 2019 using grass-fed, grass-finished beef from Carman Ranch. The No. 6 is available at 17 locations and expected to be in all stores this year.

Carman said her operation expanded in 2017 to take on additional producers who adhered to the same ranching philosophy as Carman Ranch. She said about eight producers, some from Wallowa County, market their beef under the ranch’s brand. Producers under the brand are elsewhere in Oregon, as well as in Nevada, Washington and California.

“We’ve always sold beef from the ranch … but it was a seasonal program until 2017,” she said.

At that time, it was decided to expand to provide a year-round market to ship to every week.

“We wanted other producers who were raising same standard of grass-fed beef we had,” she said.

Having grown up on the ranch, the single mother of 13-year-old twins and a 16-year-old has yet to see if her kids will follow her footsteps as ranchers.

“It’s totally up to them,” she said. “They like different parts of (ranch life). They’re all different.”

“Burgerville has an excellent reputation for sourcing high-quality products, and our family is proud to join this great local supplier network,” said Mark Anderson, owner of Champoeg Farm.

Like Carman Ranch, Champoeg Farm is a multigenerational farm that uses regenerative agriculture practices, meaning they farm in ways that rehabilitate soil, sequester carbon and conserve water. Animals are never given hormones or antibiotics, and are raised on open pasture, prairie grasses and nourishing cover crops.