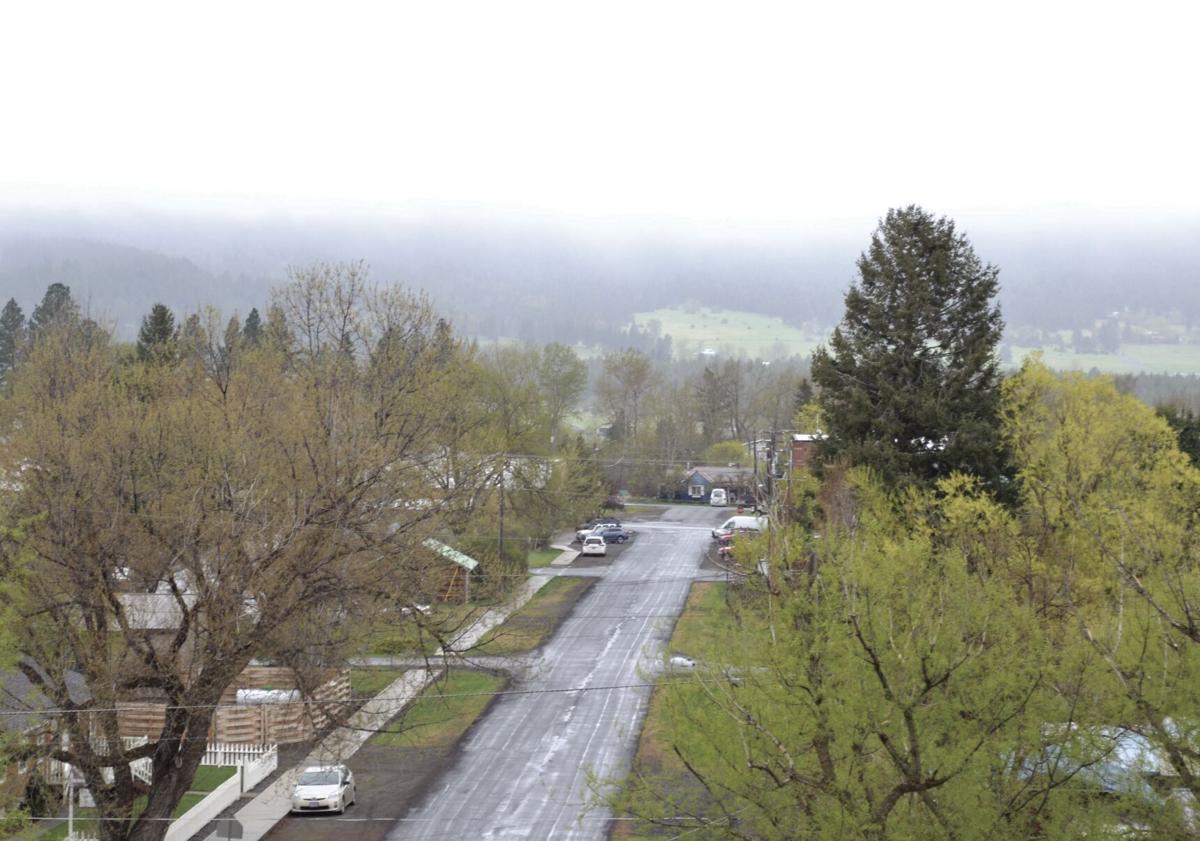 Clouds remain over Joseph on Friday, May 7, 2021, after the City Council received a scathing rebuke from the Joseph Chamber of Commerce over the council’s dysfunctional performance and another employee complaint of harassment surfaced at its meeting the previous evening. 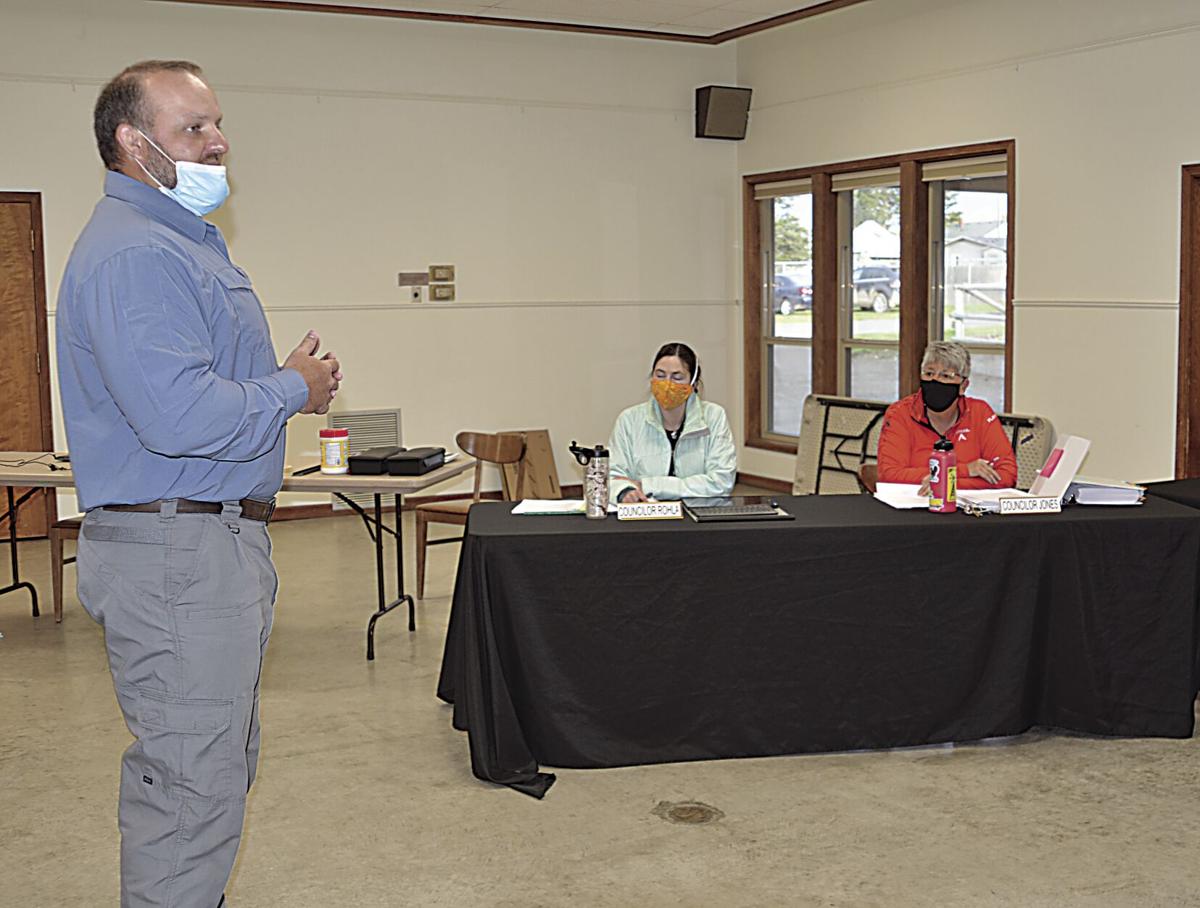 Brock Eckstein answers questions and makes his pitch to become interim city administrator Thursday, May 6, 2021, before the Joseph City Council. Councilwomen Kirsten Rohla, center, and Tammy Jones listen. Eckstein was hired by the council during the meeting. 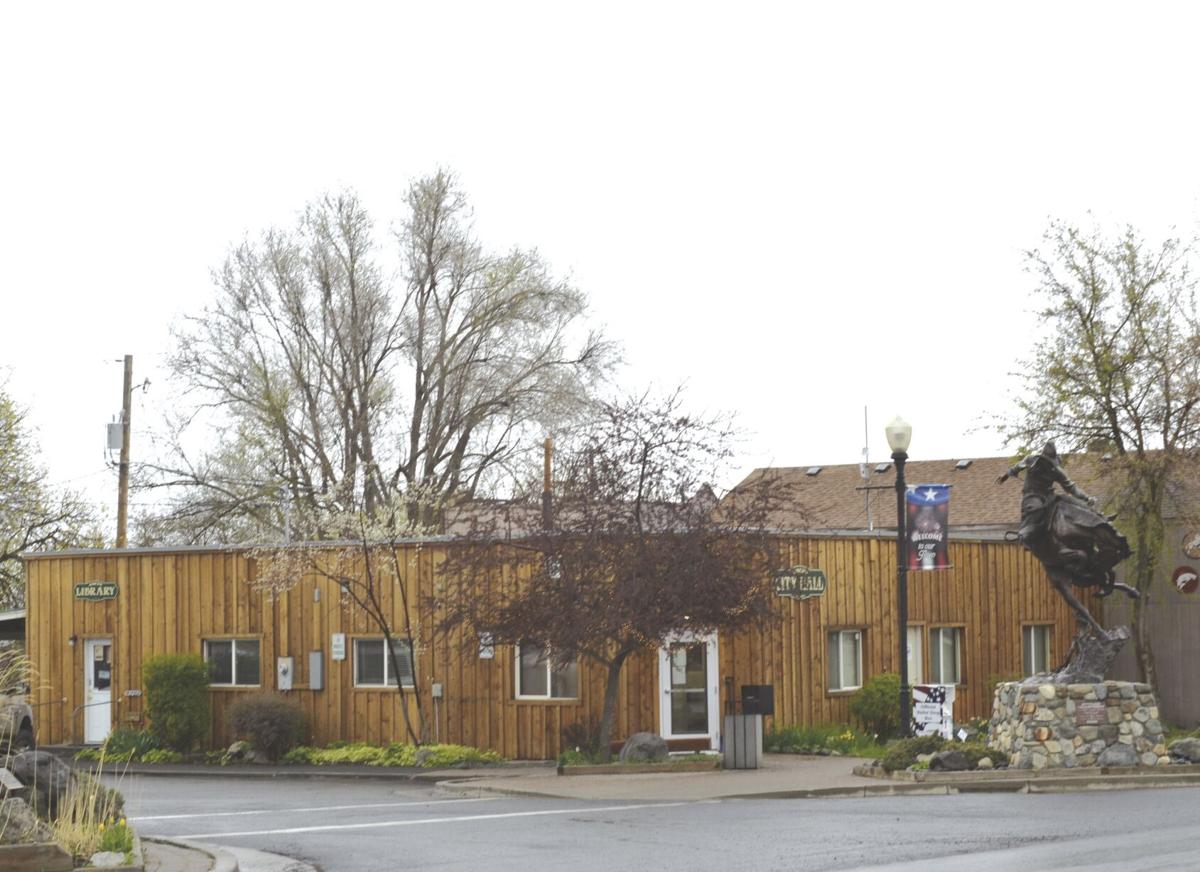 A cloud remains over Joseph City Hall on Friday, May 7, 2021, after the City Council received a scathing rebuke from the Joseph Chamber of Commerce over the council’s dysfunctional performance and another employee complaint of harassment surfaced at its meeting the previous evening.

Clouds remain over Joseph on Friday, May 7, 2021, after the City Council received a scathing rebuke from the Joseph Chamber of Commerce over the council’s dysfunctional performance and another employee complaint of harassment surfaced at its meeting the previous evening.

Brock Eckstein answers questions and makes his pitch to become interim city administrator Thursday, May 6, 2021, before the Joseph City Council. Councilwomen Kirsten Rohla, center, and Tammy Jones listen. Eckstein was hired by the council during the meeting.

A cloud remains over Joseph City Hall on Friday, May 7, 2021, after the City Council received a scathing rebuke from the Joseph Chamber of Commerce over the council’s dysfunctional performance and another employee complaint of harassment surfaced at its meeting the previous evening.

JOSEPH — A scathing rebuke by the Joseph Chamber of Commerce, a second employee complaint of harassment and resident comments on the “cloud” that remains over the Joseph City Council greeted the council during its Thursday, May 6, meeting.

All this came despite progress the council made by hiring Brock Eckstein, interim city administrator of Elgin, as interim administrator for Joseph. The move comes to replace Larry Braden, who resigned April 16 citing “harassment” by city council members.

Eckstein agreed to work one day a week for the city, but other obligations prevent him from doing the job full time. He agreed that, when the need arises, he can put in a few more hours and even work remotely.

“I’m available for emergency situations to come up here, so long as it’s allowable under my schedule,” he told the council.

But uncertainty remained over Joseph’s city government, as noted by officials and some members of the public in attendance.

Business owner Michael Lockhart said he’s been hearing complaints from around town since Braden’s resignation. He emphasized he’s not out to implicate anyone, just to have the council be more open about the situation.

“People are bringing these things to your attention and it’s throwing a cloud over all of you,” he said. “It would be much better if you guys just cleared the air. The first one had you all ‘indicted;’ the second one’s pretty clear. ... I don’t want to see punishment or anything like that. I just want to see you clear this up and become a clean council and move forward.”

Lockhart’s comments came after a letter to the city from the Joseph Chamber of Commerce. Chamber President Dina McFetridge and Vice President Jude Graham were present to represent the chamber.

“The chamber has significant concerns on current decisions and actions taken by a council member that have directly resulted in a loss of staff and expertise at the city level that will have an impact on the citizens of Joseph and the business community. Dysfunction at the city government results in the inability to efficiently process permits and other requests directly impacting business. This same dysfunction is also a deterrent in recruiting and retaining qualified personnel to staff city positions as the city’s reputation is damaged through press reports in local and regional papers,” the letter stated.

It urged “corrective actions” to be taken by the council such as:

• Allowing city staff “to perform their duties without interference from individual councilors.”

• Councilors causing discord should resign. If they don’t, they should be disciplined, such as by being stripped of committee assignments.

In the letter, the chamber tried to be supportive of the council, but repeatedly called for action citing the “dysfunction” of city government.

In response to Lockhart and the chamber’s letter, Mayor Belinda Buswell said steps will be taken.

“I believe that we are going to address that and we’ll inform the public as soon as we have a meeting scheduled to address those things,” she said. “We’ll work with Wyatt and with Brock and we’ll get these things taken care of. Thank you for your patience. There’s been a little upheaval recently. We haven’t forgotten.”

Toward the end of the meeting, individual councilors had the opportunity to cite their concerns.

“I’ll start with (Braden’s) resignation letter, where it says ‘constant harassment from members’ and at times I read that, I wonder if that means me. I don’t think so, but it seems rather open-ended,” Councilman Matt Soots said. “I’ve come to the conclusion that unless (Braden) basically points a finger, it remains just speculation and I don’t know if any action would ever be taken in legal means. I do know, as a fact, that there’s been this kind of situation going on within the city between employees I’ve contacted over a year ago. I didn’t think it was so widespread. But it seems there are people who need to leave their quarrels at home and, as the letter points out from the chamber, just get your job done. I’m not sure I’ve ever run across stuff like this happening on such a continuous basis. I feel I’m still a fairly new resident — I’ve been here since 2017 — but I’ve had family in the area for decades. I’ve listened and talked to a lot of people.”

Soots told of one person he’d talked to before he lived here who said, “You’re lucky to not be working for (the council).”

He wondered, too, about the sensitivity of those feeling harassed.

“I’m afraid I’ve come to the conclusion that, and Mr. Eckstein brought this up at the first of the meeting and it kind of surprised me, about being thick-skinned,” Soots said. “Knowing some of the things that I think other people don’t know about this situation that I’ve seen in writing and in emails and so on, I think some people may have been a little bit thin-skinned and all this stuff coming together has brought about this problem, not just one thing. I’m just hoping, perhaps, this is a turning point.”

Collier gave an updated on behalf of City Parks and Main Street Supervisor Dennis Welch, who has been off on leave and faces a tough decision on his plans to return to work. According to Collier, Welch has until May 14 to declare whether he plans to return to work or not. He has been diagnosed with severe stress stemming directly from his employment, Collier said. Welch has been diagnosed as a victim of gaslighting, a form of abuse that causes someone to doubt their sanity or perceptions, belittling and harassment.

“He reports being heartbroken,” Collier said. “This is not a matter of being thin-skinned. We as a council need to do something. We’re losing good people.”

Soots agreed with Collier and she asked Eckstein to reach out to Welch.

At this, Buswell said the council needs additional legal advice.

“(City Attorney) Wyatt (Baum) had discussed having an executive session at some point, so I think Brock should touch base (with Baum),” she said. “It will be addressed, but we have to follow the attorney to see what executive session we want to have.”

Eckstein said he hopes to be able to effectively help with relations between the council and employees.

“What I would recommend is maintaining Baum and Smith as your attorney of record just in case you got into any sort of major trial,” he said.

He also agreed to help with the budget the city must have completed by June 30, along with Deyette Perry CPA, who also was present at the meeting. City officials noted that Braden had completed part of the budget before his resignation, so it’s not like they’re starting from scratch. However, he said, the budget process usually starts in February, so the city’s a bit behind. He said the council likely will have to call special meetings to allow for the public comment required by law prior to final council approval. The council voted to appoint Eckstein as its budget officer.