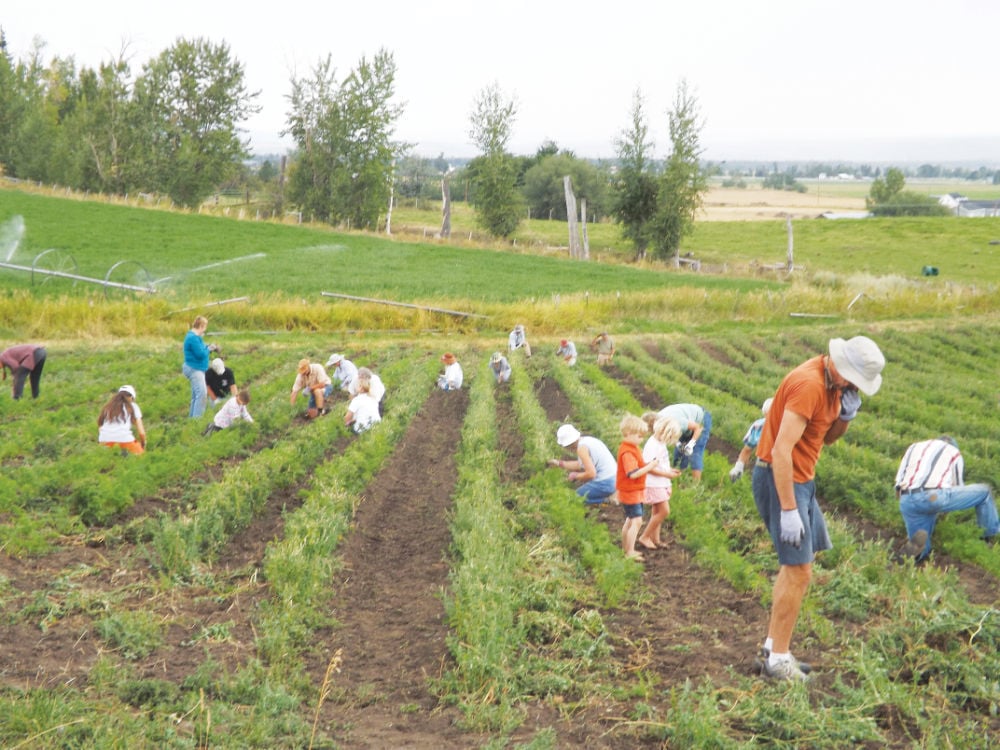 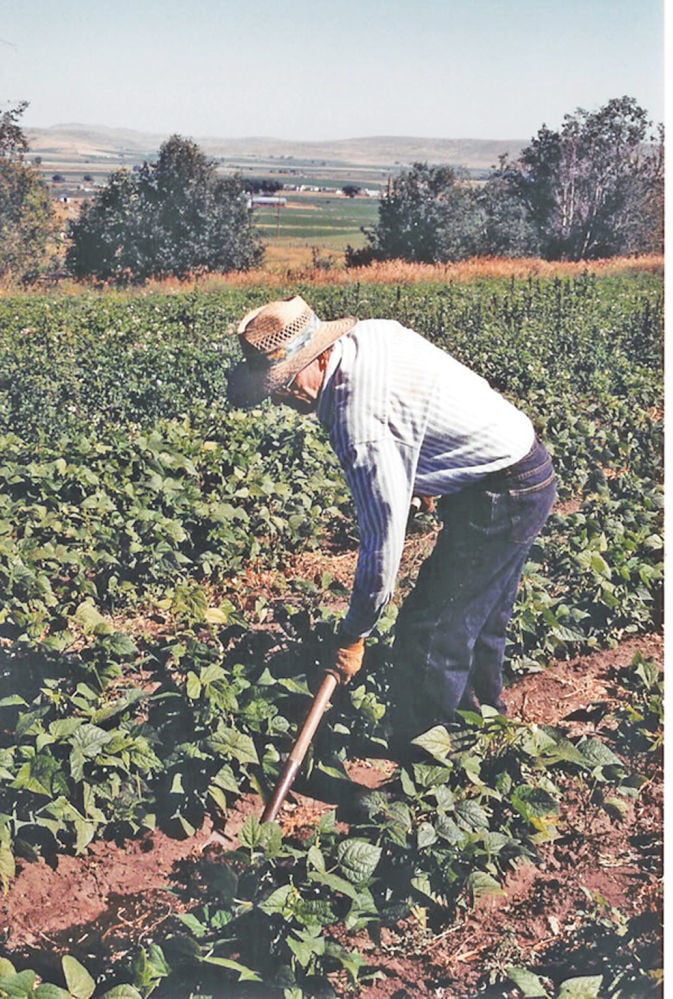 <p>Gene Thiel weeds one of his crops in an undated photo.</p>

<p>Gene Thiel weeds one of his crops in an undated photo.</p>

JOSEPH  Though he had a small farm, the late Gene Thiel cut a wide swathe.

A former commercial seed potato grower in Wallowa County, Thiel many years ago turned to the small-scale organic production of such crops as beets, carrots of many colors, onions and many varieties of potatoes sought after by many top chefs in Portland restaurants.

For close to 20 years Thiel drove every week to personally deliver his produce to restaurants and also to sell it at a booth at the Portland State Universitys Farmers Market.

He believed in direct marketing and had a personal relationship with many of the chefs, said his son, Patrick Thiel, a passionate farmer himself who has worked alongside his father for years and is carrying on his fathers legacy on the familys Prairie Creek Farm just outside Joseph.

Gene Thiel died at age 77 at the end of July after a relatively short illness, and Patrick said the outpouring of love and support since then has been incredible.

A pioneer of organically grown food in Wallowa County, Gene Thiel was one of the founding board members of the Slow Foods Wallowa chapter. Thiel was eulogized in several Portland publications, one of which referred to him as the potato whisperer.

Last week the call went out locally that the Thiels beet and carrot crops needed hand-weeding, and 30 people responded for several hours, weeding a beet field on Tuesday and a carrot field on Thursday. Were going to keep doing it as long as were needed, said Lynne Curry of Joseph, one of the organizers of the volunteer effort.

Patrick Thiel and his mother, Eileen, attended as guests of honor  after seeing a swarm of local volunteers weed their beets.

They put their hearts into it, Patrick said of both the chefs and the weeders.

Patrick Thiel is one of his fathers biggest admirers, talking about his hard work ethic and his passion for the food he grew.

He was a man that loved people, and he showed it by working to make sure he was growing food that was good for him, Patrick said. He was my dad and I was proud of him.

Sara Miller, one of the volunteers at last weeks Big Weed, wrote about the communal weeding effort:

Who knew weeding could be so much fun. Last week over 40 volunteers from ages 2 to 70 dotted the fields at Prairie Creek Farm outside Joseph, kneeling, sitting, or bending to hand pull weeds covering the long rows of colorful beets and carrots.  Stories were told, strangers became friends, and many commented on the beautiful soil that made for easy weed pulling.

Miller said that before Patrick and Eileen Thiel left Tuesday for the Portland dinner, he thanked the small army of weeders, calling their effort a gift. Miller concluded, But to the people in the row it didnt feel like work, it felt like community.

Patrick said he was initially somewhat embarrassed to need and accept the help of the volunteers, but admitted the farm has been going through a tough time.

As one example, Patrick said the day his father went into the hospital, every piece of equipment on the farm broke down  clutches went out, blades broke, transmissions failed. Then squirrels ate the first beet crop, and weeds were getting out of hand.

And of course there was the devastating loss of Gene Thiel himself.

Patrick Thiel said the work done by the volunteer weeders will probably double the production of his crop. Still mourning the loss of his father, he said he plans on continuing to farm the same way, and to continue making the weekly trip to Portland.

This is as incredible an experience and blessing as it has been a hard time, he said.

She called her ex-husband as he lay dying in a hospital. We're getting married, she told him.