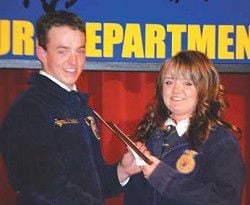 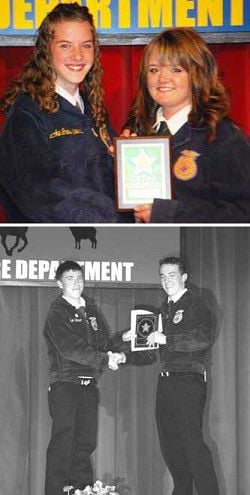 Numerous Enterprise FFA members were recognized for a year's worth of accomplishments at the chapter's 79th annual awards banquet.

The Ag Issues Team that won third place in state competition was made up of Miranda Robbins, Rachael Garvin, Alex McCadden and Kasey Lathrop.

Community members recognized by the chapter with Outstanding Service Awards were Mark and Anna Butterfield, Dan and Lori Butterfield, Bob and Nora Stangel and Bill and Amy Graning.

Those inducted into the chapter as honorary members are Jeff and Brenda Micka, Chuck and Linda Anderson, Billie Crump, Bill Hopkins and Kent and Sherry Robbins.