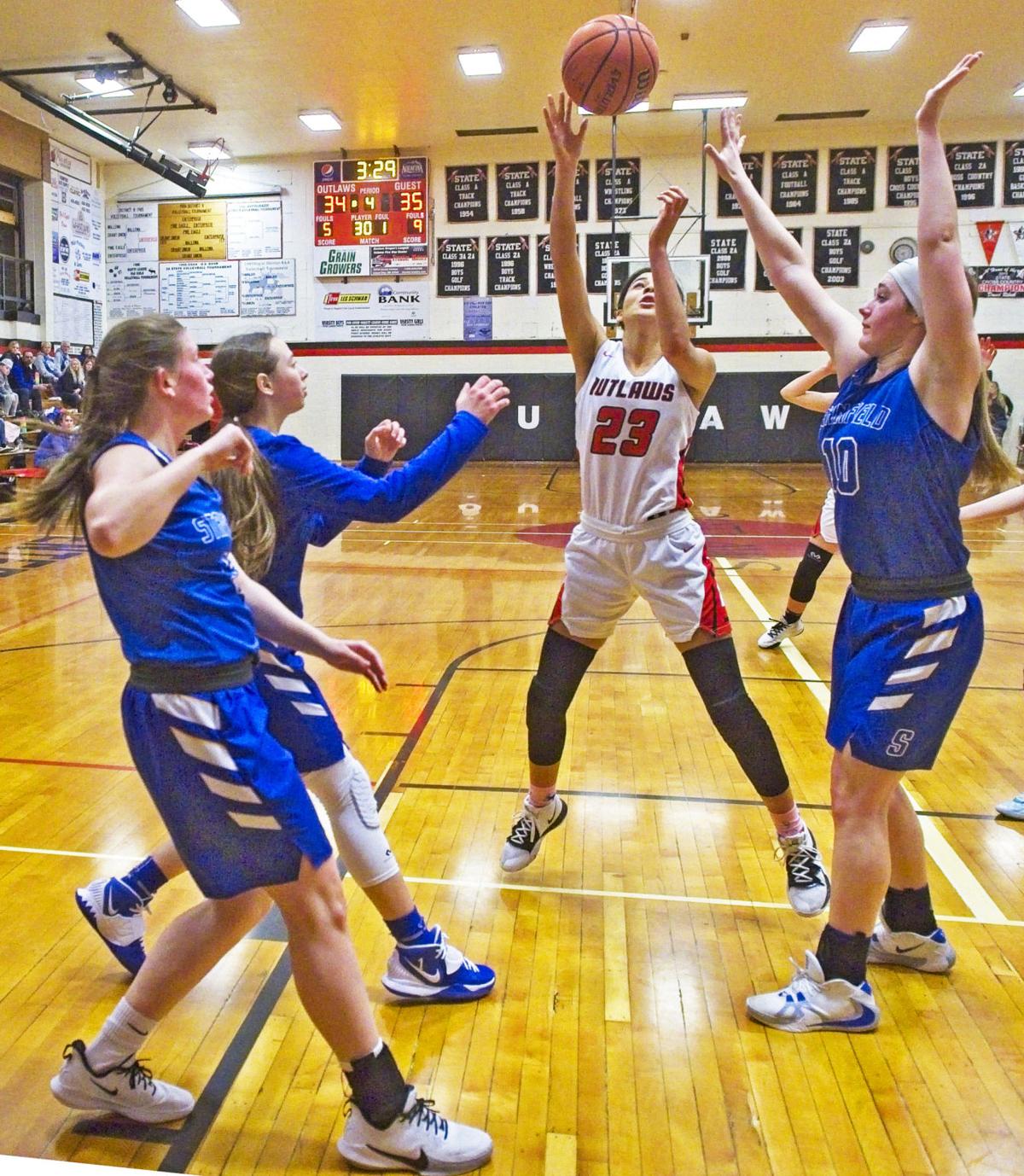 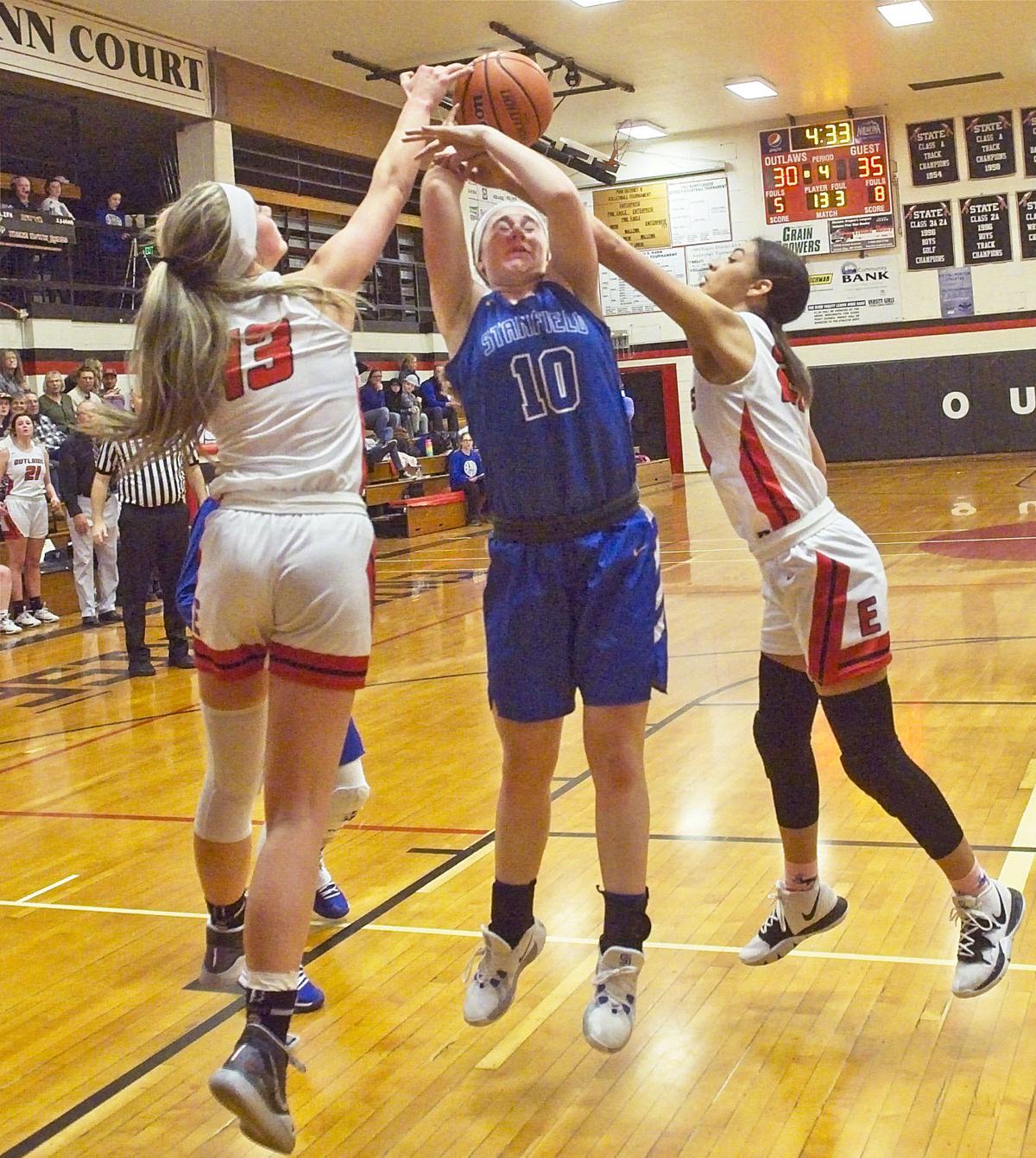 Stanfield player Maggie Sharp takes the ball through a horde of Enterprise players to score. 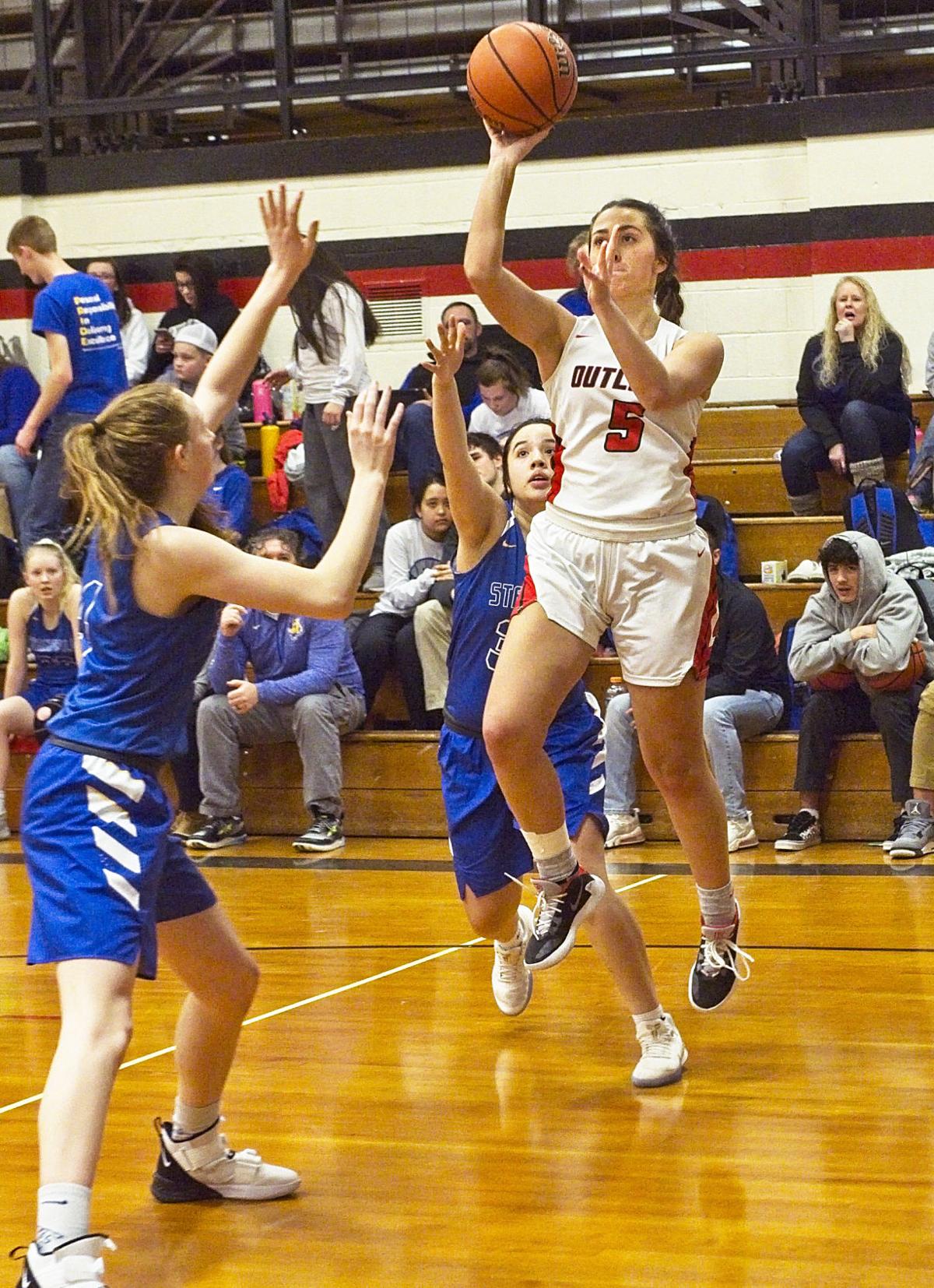 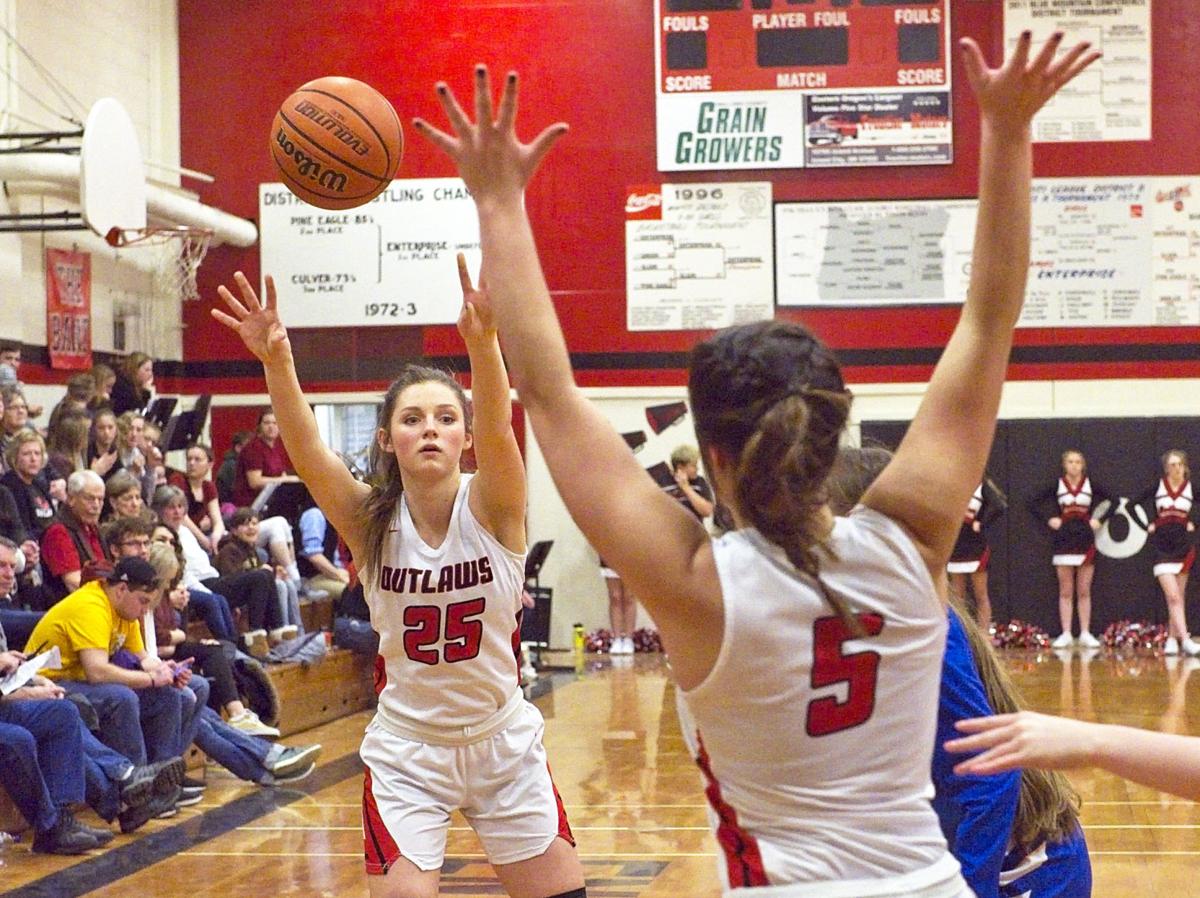 Stanfield player Maggie Sharp takes the ball through a horde of Enterprise players to score.

The Enterprise Outlaws girls’ basketball team tamed the Stanfield Tigers 42-39 Saturday evening in a thrilling and suspenseful come from behind win in the last minute of the game.

The Outlaws led at the end of a low scoring first quarter 8-5, propelled by Jada Gray’s basket and two free-throws. Stanfield surged in the second quarter, taking a slim lead, 20-17 at the half.

In the third quarter, the Outlaws stayed within striking distance of the Tigers 33-30 at the quarter’s end. Jada Gray contributed 7 for the Outlaws in the third-quarter effort.

In the fourth quarter, the Outlaws scored only two close-in baskets. But Zari Bathke’s outstanding foul shooting, four–for-four, none of which even touched the rim, along with foul shots by Jada Gray and Ashlyn Gray garnered the Outlaws 12 points, while their stingy, and overwhelming defense took the Tigers by the tail, allowing only 6.

The Outlaws played cool, working for the last shot. With 2 seconds on the clock, the Tigers fouled Bathke, also knocking her out of bounds and onto the floor. Bathke got up, calmly nailed the first shot and tossed the second shot cleanly through the hoop. 42-39.

Zari Bathke led the scoring with 10 points, going an amazing 8 for 8 from the free throw line. Ashlyn Gray handed in eight points while Carsyn Miller and Jada Gray pocketed six points each.

Defensively, Ashlyn Gray served as rebound queen with an amazing 15 boards to her credit and five steals. No one else on the squad had more than five. Theft captain, Claire Farwell, heisted seven steals on the evening.

“I thought we weren’t our best and played tired through the first three quarters, but in the fourth quarter we caught fire,” coach Mike Crawford said. “We went 18 for 24 at the free throw line, and that saved the game for us.”

The weekend left the Outlaws with a 7-3 conference record and 15-4 overall while state-ranked at no. 7. The girls played Heppner at home on Tuesday, Feb. 11 and travel to Pilot Rock on Friday, Feb. 14, for their final game before district play.

“It would really help us a bunch to win Tuesday and Friday to finish the league off,” Crawford said. “If we can do that, we’ll be in a really good spot for district.”