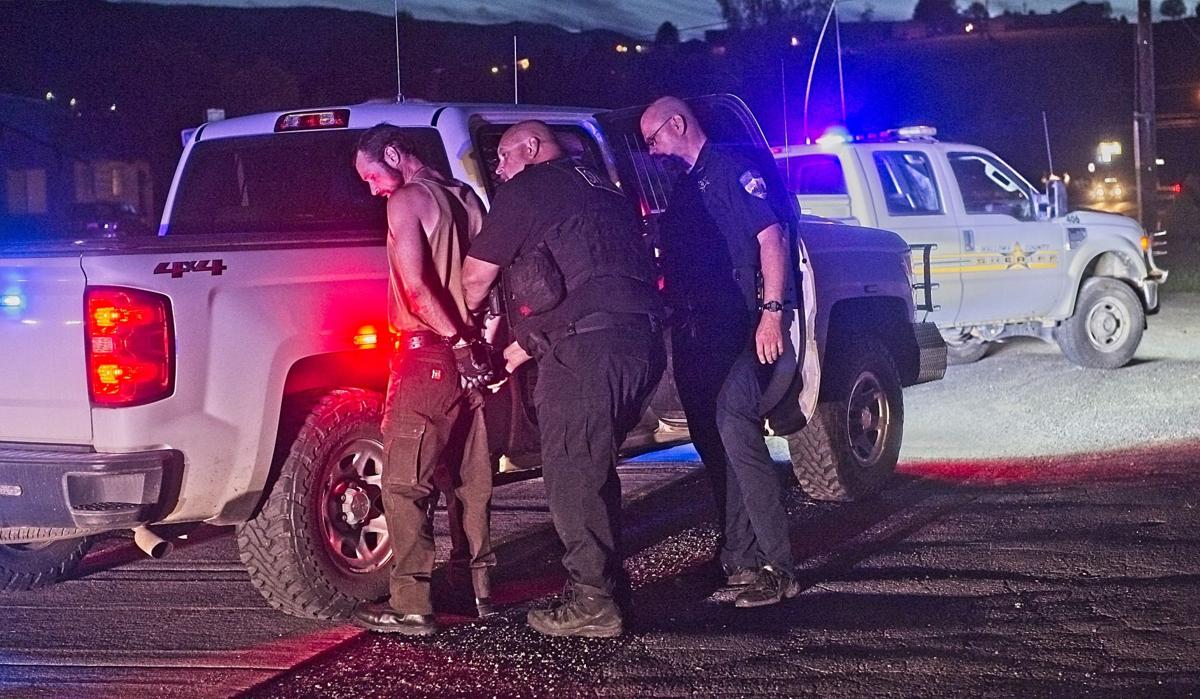 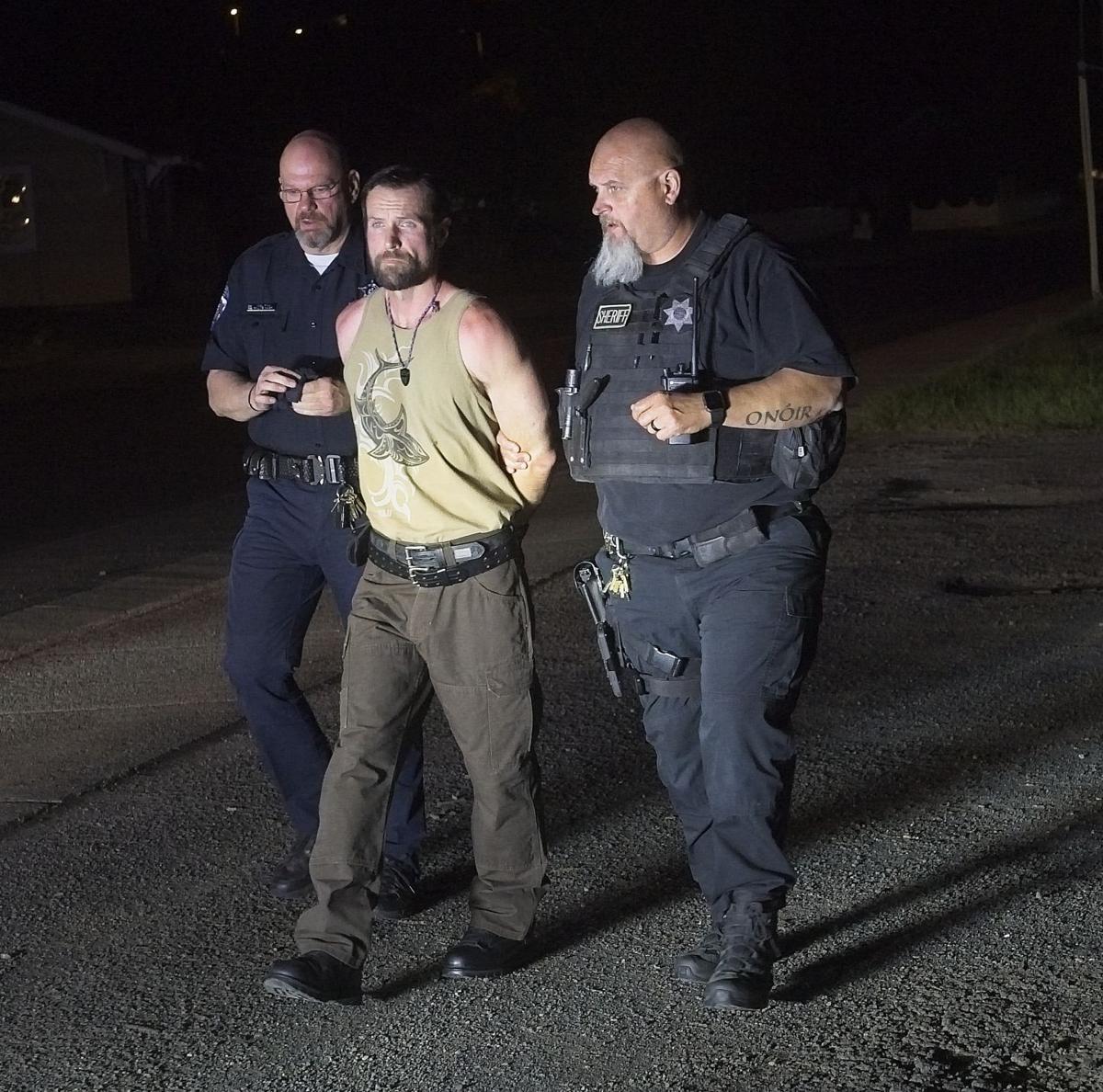 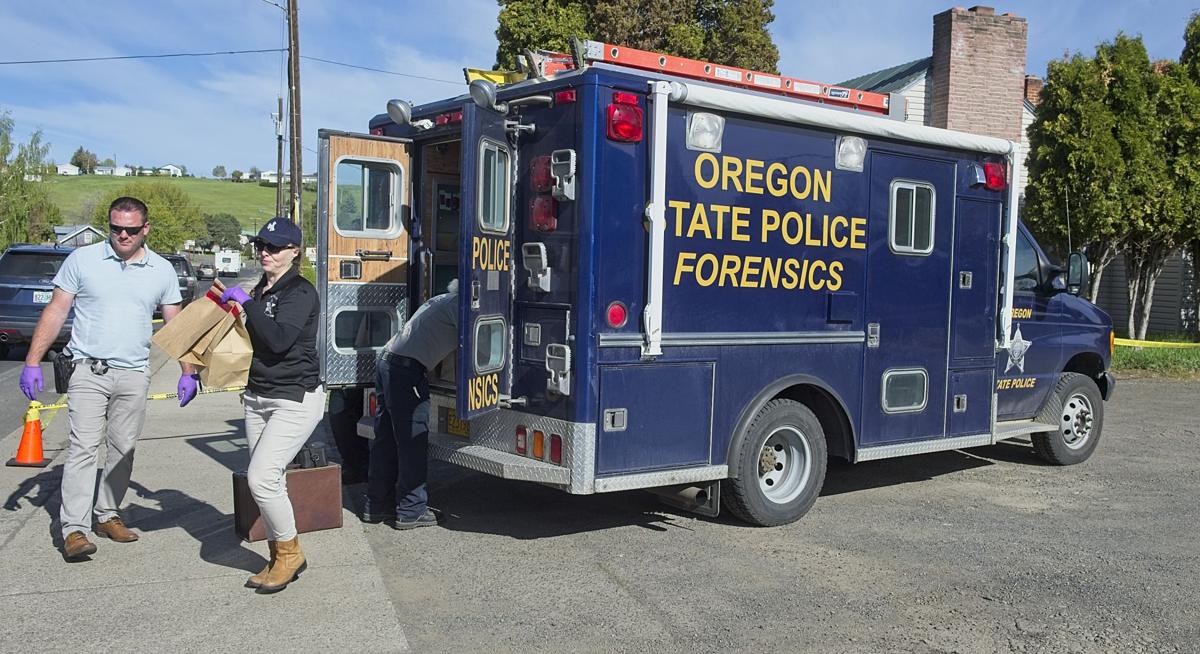 Evans also was charged with unlawful use of a weapon and menacing. He was taken to and is now lodged in the Umatilla County Jail, with preliminary bail set at $115,000.

The incident occurred on West North Street adjacent to the car wash and Video Buffs.

The incident began when a family driving past Video Buffs noticed a man, Michael Zanello, bent over and staggering down the street toward Safeway. They stopped to provide help, then called 911. They said that when he they asked him if he needed help, Zanello yelled that he’d been attacked.

They said that at the time, he was bleeding and collapsed onto the grass, but also was able to give them his name and details of the attack. His most obvious wounds, they said, were to his head. They asked that their names be withheld from publication.

Enterprise police, Wallowa County sheriff deputies and Wallowa Memorial Hospital ambulance arrived minutes later. Zanello, who was bleeding from multiple wounds, told officers that he had been attacked with an ax by his roommate, Phillip Evans.

Zanello was taken by Wallowa Memorial ambulance to the hospital and then was transported by air ambulance to a Boise medical facility, according to Enterprise Chief Joel Fish.

Following the assault, Evans retreated to his dwelling at 509 West North Street which was about 100 yards from the scene of the assault. Enterprise police and Wallowa County sheriff deputies broke down the dead-bolt-locked front door, entered the building and about ten minutes later emerged with Evans in handcuffs.

Immediately after the arrest, Enterprise Chief of Police Joel Fish requested that the Oregon State Police major crime lab assist in the investigation. They began their work Monday morning about 6 a.m. and concluded their investigations of the sidewalk area where the attack occurred and the dwelling at 509 West North Street about noon. A number of sealed bags of evidence were transferred to the Enterprise police.

Wup Winn, owner of Video Buffs, said that he had heard the call on police radio while at a graduation party. “They said it was at Video Buffs,” he said, “and my first thought was whether all my employees were OK. But we close at 7 on Sunday, so it seemed they were all right. I came down here to see if I could help.”