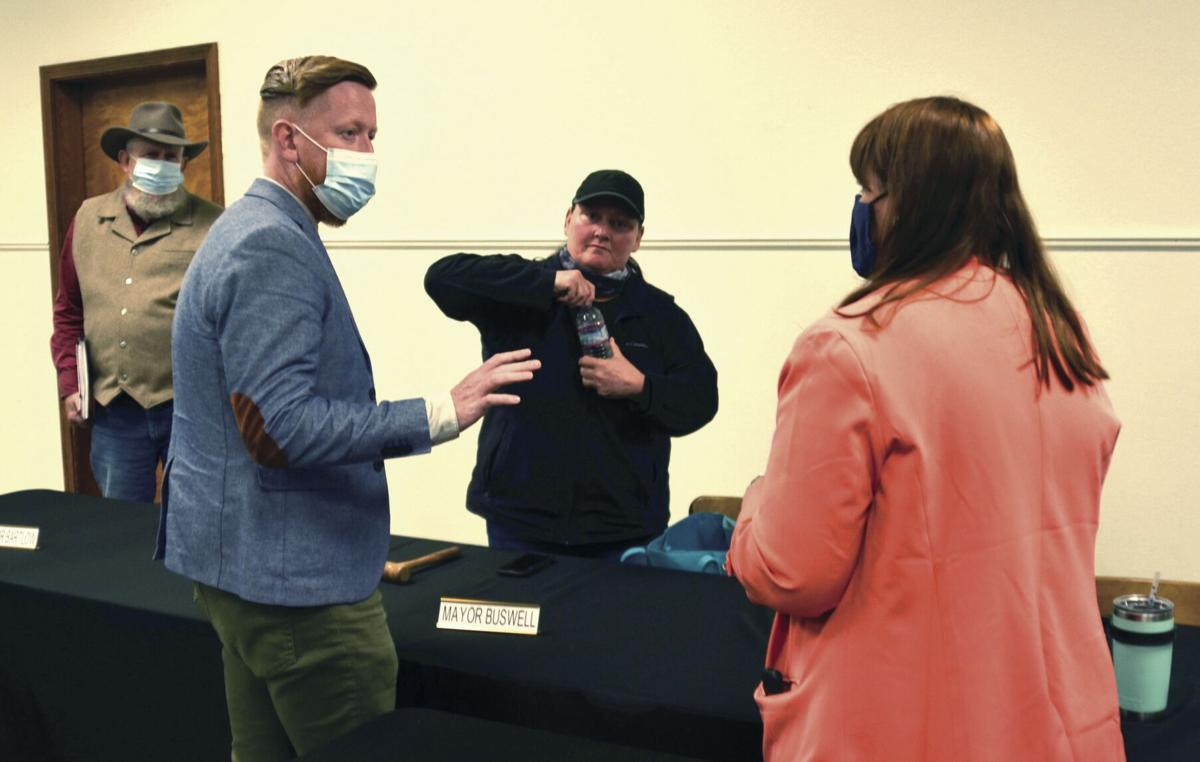 JOSEPH — Progress was made toward replacing resigned city Administrator/Recorder Larry Braden during another emergency meeting Wednesday, April 21, but the Joseph City Council failed to answer the question of whether there will be an investigation into Braden’s claim of harassment.

The council went into executive session at the beginning of the meeting to seek advice from City Attorney Wyatt Baum, but declined to discuss in open session any advice he’d given on a possible investigation.

The question was at the forefront of the minds of several council members April 16 when Mayor Belinda Buswell read aloud Braden’s resignation letter in which he stated, “the stress of the job as it is today and constant harassment from members of the current City Council has become too much for me to handle and is affecting my private life in ways that I can no longer allow to continue.”

After a suggestion that council members be authorized to fill in Braden’s duties until a new administrator can be hired, Councilwoman Lisa Collier said April 16 she was opposed to the idea.

“I actually feel that given the nature of the letter it sounds like there’s some harassment from City Council members, I’m not sure that I’m comfortable with giving access,” she said.

“I would concur with Lisa and it seems like we need more information,” Councilwoman Tammy Jones said. “There are very clear roles for a board or a council and an administrator. It seems to me that’s where we need to put some focus and figure out where are those boundaries to ensure that if there are some things that, as a council, that we are doing that impacts the city (administrator) unable to do their job, then that’s kind of a bigger issue. I agree that we need to get someone in to help figure some of those pieces out, and this is a really big deal.”

At that time, the council agreed to seek Baum’s advice on a potential investigation over the harassment allegation. But during last week’s emergency meeting, the council declined to make public what Baum’s recommendation was.

When asked directly during the public comment portion of the open session whether there would be an investigation, Buswell said, “As the presiding chair, I will say what I’ll always say regarding what goes on in executive session, and that will be ‘No comment.’ It’s just about public meeting laws and the protection of executive session.”

“I’ve had conversations with several people about what’s going on with the investigation,” he said. “In today’s paper, it puts a fog over the entire council. You know, who’s the boogeyman in the group? It’s unfortunate it’s that way. What concerns me is that you, as representatives of the electorate, go out and start soliciting people who would be interested in the job, I’d think this would be a negative hanging over you. I think it needs to be gotten out. I’m hoping all of these (accusations) are dismissed. That’d be the best thing in the world that somebody’s making false accusations. I think somebody’s got to take the leadership to put these to bed.”

Braden has not been available for comment since his resignation.

But the council did make progress filling the void left by his departure.

City Administrative Assistant Jamie Collier, who worked closely with Braden, was authorized to handle most of the day-to-day administrator responsibilities until an interim administrator can be hired. The council placed limits on what Collier can do, largely based on recommendations from Patty Mulvihill, legal counsel for the League of Oregon Cities. Those limitations include requiring council assent for the expenditure of city funds exceeding $5,000, signing a contract valued at more than $10,000 and the hiring/firing or disciplining of city employees. The council did allow Collier to hire one person as a Main Street maintenance person, but others will have to wait for the interim administrator. That person will be under the supervision of Public Works Director Levi Tickner.

Other elements of Braden’s job, for which outside help will have to be sought for, include the details of zoning and land-use questions. The city has contacted Wallowa County Planning Director Franz Goebel, who agreed to help.

As for actually replacing Braden, the council is trying to find an interim administrator until a permanent one can be found. Some suggestions the council received from Mulvihill included finding someone with city management experience — such as a retired city manager. Mulvihill said there are people out there who regularly fill in on an interim basis.

The council agreed to table reviewing the job description they’d use to hire a new administrator until they can get input from the interim administrator they hire.

A meeting scheduled for April 26 to discuss the job description was canceled.

One of the biggest gaps left by Braden’s departure is in preparing the annual budget that must be completed by June 30. The council delegated Councilwoman Kathy Bingham to meet with Deyette Perry, CPA, to prepare a draft of the budget and work toward meeting the deadlines of having it ready for a public hearing and publishing prior to the council’s early-June meeting.

This move was passed 6-1, with Lisa Collier being the lone no vote.

The council also learned from Jones that city budgets cannot get extensions. This was one of the questions posed during the April 16 meeting.

The council’s next meeting — barring any more emergency sessions — will be Thursday, May 6.