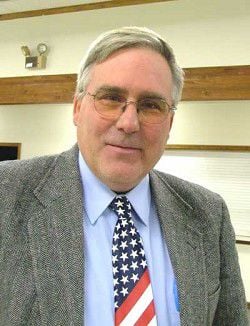 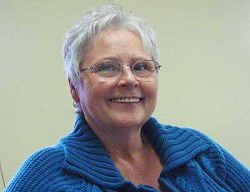 The contest for Wallowa County Sheriff was the only county race that provided any genuine election-night excitement, as incumbent Fred Steen held onto an early lead and came in 651 votes ahead of challenger John Campbell. The final tally was Steen, 2,430, Campbell 1,779 .

"I'm very pleased and thankful," said Steen, who will be starting his third term. "I look forward to working hard for the citizens of Wallowa County, managing our limited budget and doing a good job. I'm also looking forward to being involved in community activities like I've always done."

One thing Steen said he'd learned in the course of the campaign was that Wallowa County citizens were deeply concerned about being heard and enjoying open communication with the Sheriff's Office.

"That's something I've always tried to do well," Steen said. "I return every phone call and let people know they can call me - I guess I knew it was important to do that, but in talking with folks during this campaign I realized how very important it was to them."

It wasn't a race at all for the County Commissioner slot in either open position. Republican incumbent Mike Hayward, position 1, returned for his fourth four-year term as a commissioner, winning by a landslide - 3,106 of the 4,951 registered voters in the county had selected him. Dale Potter of Enterprise received 564 votes and Daniel Putnam of Flora took 525 votes.

"I guess this means I show up at 6 a.m. and get back to work," Hayward said. The challenge would be in replacing 16-year commissioner Ben Boswell, who abandoned his position (No. 2) for an earlier run against Hayward for the chairman slot.

"Commissioner Boswell has been heavily involved in all of Wallowa County issues, but especially in human services," Hayward said. "We've got some big shoes to fill, there, and the challenge will be dividing the responsibilities. We're going to have to spend time over the next few months getting up to speed."

Hayward will be dividing those responsibilities with Dan Deboie (position 3) and Susan Roberts of Enterprise who easily took position 2 with 2,140 votes to Jean Gandi's 1,111 and Ken Wick's 1,031. Roberts had prepared well for her run, attending commission meetings and representing the county throughout the state as a member of numerous boards, commissions and councils.

"I'm very pleased and humbled that the county supported me," Roberts said. "I'll do my best to represent them the best I can. I appreciate their support and trust and plan to live up to their expectations."

Roberts said she had already talked with Hayward about the division of labor on the commissioner's board and stood ready to assume whatever responsibilities came her way.

"We'll be a good three-person commission," she said.

Roberts is only the second female county commissioner in Wallowa County history. The first was Hayward's mother-in-law, Pat Combes, who served from the late 80's through 1992 when the board was still known as the Wallowa County Court.

"It feels great," Sands said about the outcome. Both he and Latta already serve on the Joseph City Council. Latta will end an eight-year tenure on the council, as her seat will be filled in this election, while Sands will cut short his first term by two years when he is sworn in as mayor in January.

Sands said one of his main goals as mayor will be to try to attract a small manufacturing company with family-wage jobs to Joseph.

"Pam has done a great job for the city of Joseph and she will be missed on the council," Sands said.

In Enterprise, the race for mayor came down to the wire, with incumbent Irv Nuss winning another term over challenger Steve Lear when all the votes were counted. The tally was 500 or 50 percent for Nuss and 330 or 46 percent for Lear.

"I plan on continuing to do the best job I can for Enterprise and Wallowa County," Nuss said of the outcome.

When the first vote count was released, it still appeared possible that Lear, a four-year member of the Enterprise City Council, could overtake Nuss in votes.

"If I'd lost, it would have been to a man that I felt could do the job," Nuss said.

"I don't have to be mayor to do the things I'd like to do," said Lear. He said that he will continue to be involved in projects that help Enterprise. "Irv has given everything he has to give for this community," he added, offering congratulations to the re-elected mayor.

There were 40 write-in votes for mayor. Lynne Hayes had announced her write-in candidacy for the position, but the recipients of the write-ins were not known at press time.

Position No. 6, which Lear now occupies on the Enterprise council, was up for grabs in Tuesday's election. In a tight race, Stacey Karvoski defeated Walter Smith by a 435 (52 percent) to 398 (47 percent) margin for that seat.

In the other contested Enterprise council election, Douglas Terry easily defeated Bobbi Parrish, 518 to 245 votes to win Position No. 4. Incumbent Larry Christman was unopposed for Position No. 5 and received 768 votes.

In Lostine, mayor Krag Norton and councilors Becky Buck and Ken Spidell were re-elected, as was Wallowa Mayor Ron Gay. Mike Waters was elected to the Wallowa City Council. All were unopposed in the election.