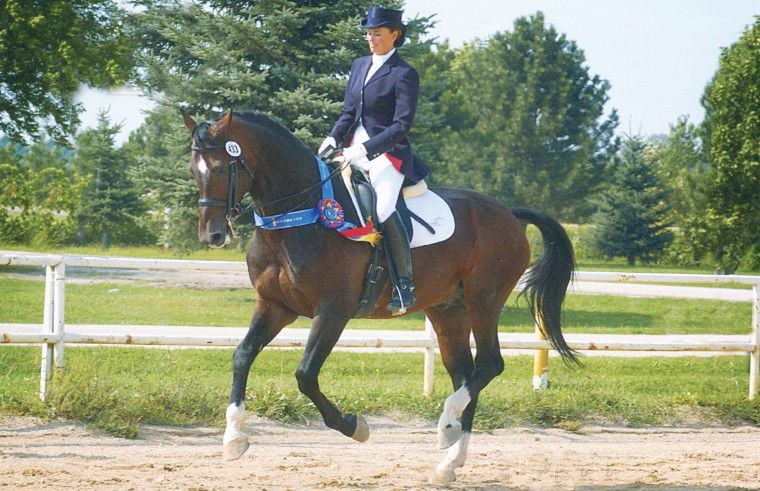 <p>Olympic hopeful Marina Parris-Woodhead rides her stallion, Pandorra, in a show. They have been training in Joseph for the past few months.</p> 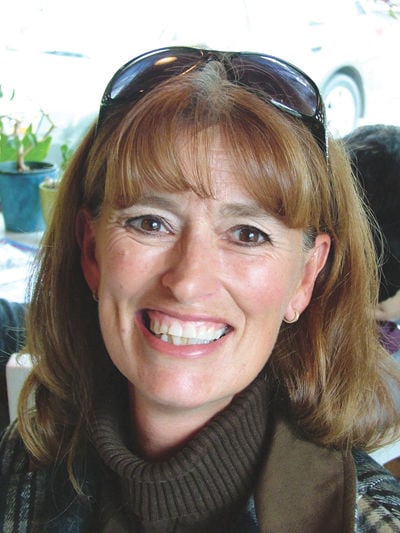 <p>Olympic hopeful Marina Parris-Woodhead rides her stallion, Pandorra, in a show. They have been training in Joseph for the past few months.</p>

JOSEPH - An accomplished horsewoman who gives dressage clinics and competes at shows throughout the country has been training all summer in Wallowa County for a chance to make the United States equestrian team for the 2012 Olympics in London.

"I am getting more and more confident," said Marina Parris-Woodhead about her chances at earning a spot on the Olympic team. "I have a really good horse, and I've had a couple of Olympic trainers who say he's ready."

The Olympic hopeful, who now lives part of the year in Wallowa County, has been refining skills with her horse - Pandorra, a 12-year-old bay Dutch Warmblood stallion - at Char Williams' arena near Joseph. Last week, with winter approaching, she was planning to move to new facilities at Providence Ranch in the Prairie Creek area.

Marina, who grew up in a small town in Missouri, is the owner and trainer at Hidden Oaks Horses, Inc., a dressage facility near Kansas City, Mo., where she has offered training, lessons, clinics and the sale and training of European horses known as "Warmbloods" for many years.

She now divides her time between Missouri, Joseph and Florida, where she will compete between January and April 2012 in horse shows that she hopes will give her and Pandorra the international ranking they need for a spot on the Olympic team.

The dressage teacher discovered Wallowa County through Steve Zollman, a local horseman who attended a dressage clinic she was teaching in Idaho, and through other local friends in the horse world. She said she's felt very welcomed by the Wallowa County horse community.

Marina is a Grand Prix Rider - the very top level - in the United States Dressage Federation (USDF), a ranking she has earned in 74 shows with 10 horses over the last 15 years. Through the years she has progressed through all 10 USDF levels, earning a USDF Bronze Medal in 1999, a silver medal in 2005 and the top gold medal in 2011.

"Dressage is a systematic method of training horses," she said, noting that dressage is a natural progression for riders who seek a challenge and want better communication with their horse. Dressage, she said, allows trainers and riders "to make our horses dance" without visible cues.

The important part of making a bid for the Olympics next year is that she now has a horse that can compete at the top international level. "It's the horse and the rider as a team," she said.

She describes her teammate as "very special" and has been training him for about seven years. "He knows everything he needs to know. Now we are working on strength training" and "getting just a little better." She notes that dressage is the "ballet of horse sports." Like ballet, dressage is beautiful and graceful, she said, but extremely athletic, with a lot of strength required in that athleticism.

Marina said that she and Pandorra have an average cumulative competition score of 67 percent, which is only two percentage points below the average team scores of National Olympic team members. "We still have three months," she said.

She teaches dressage clinics about twice a month in the region to help support her expensive sport, and is also thankful for sponsors and supporters throughout the country who make it possible for her to pursue her Olympic dream.

Marina has been riding since age 4, thanks to her grandparents, and excelled at many horse disciplines through the years. "I did everything," she said about her horse background. "I was in 4-H, Western and English pleasure, jumping, barrel racing. ... . It was actually endurance riding which led me to dressage, as dressage principles are very helpful in other types of riding." Once she took a dressage class to help improve her horse's stamina, she was hooked, she said.

Marina now considers Joseph one of her homes. She said she loves the fact that it is an artistic community, but is also a small town with a Western and horse influence. "What I've found is that everyone here in Wallowa County understands horses and the passion for horses," she said.

"I'd like to be one of those girls from a small town that can compete in the world front. ... It's just what America is about - to work hard, have faith and get out there and get the job done," she said.