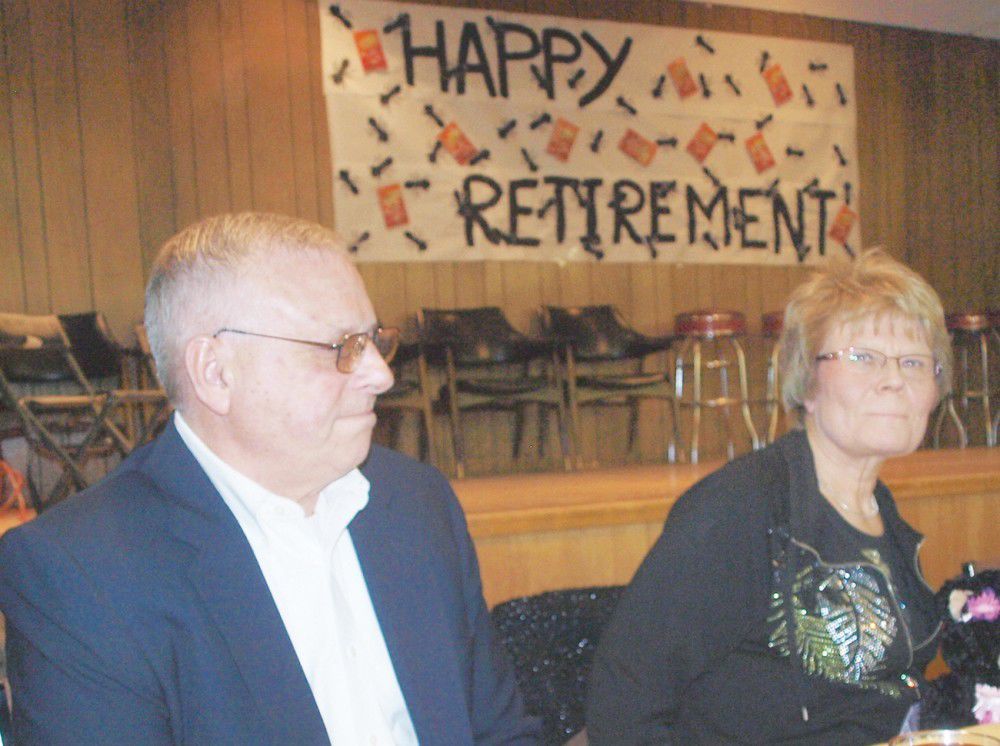 <p>Guest of honor Ed Jensen and wife Elaine are pictured at the head table Saturday night.</p> 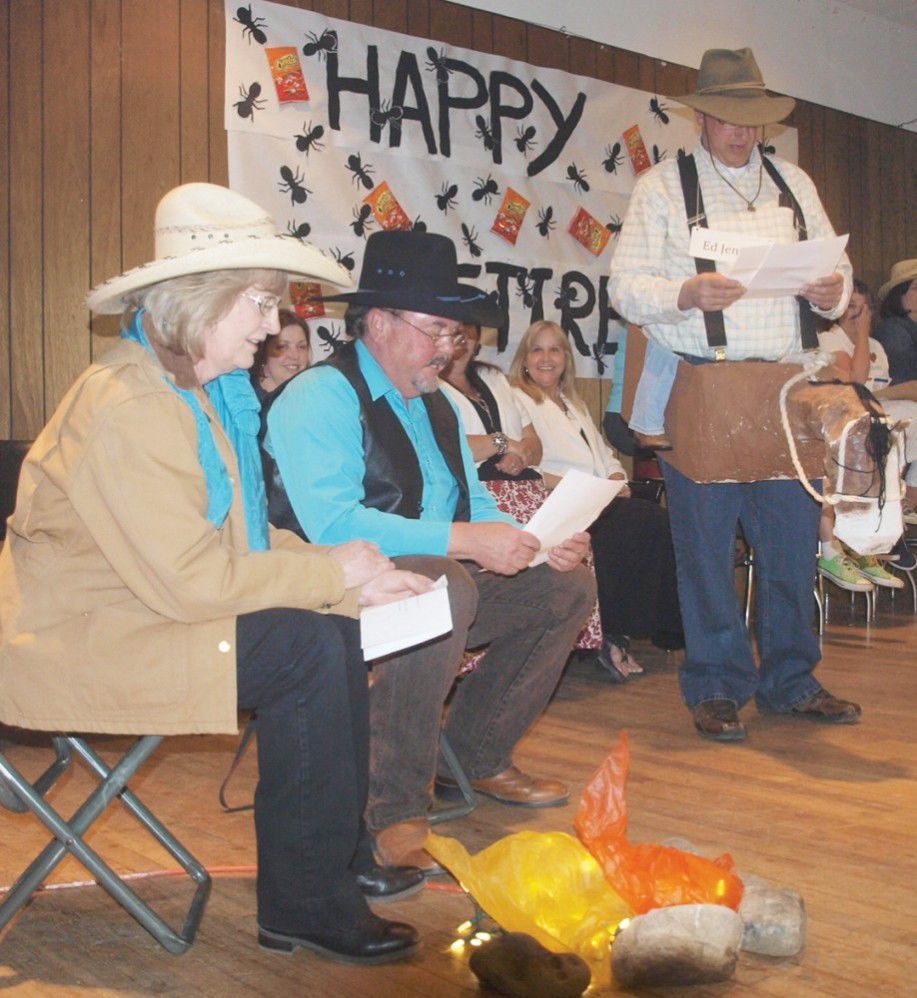 <p>Guest of honor Ed Jensen and wife Elaine are pictured at the head table Saturday night.</p>

ENTERPRISE  More than 100 people showed up Saturday night for a surprise retirement party for Ed Jensen, who has been Wallowa County Educational Service District superintendent for the past decade.

Held at Elks Lodge #1829, in Enterprise, the dinner event turned into a roasting of the man who was superintendent at Wallowa High School before joining the ESD, and also a prime mover in the effort that brought the new hospital to Wallowa County.

Jensen said he suspected something was in the works, but when daughter Geneva Douville and her family flew in from Colorado and sons Seth, with family, and Lawrence arrived the same day his suspicions were confirmed.

After Jensen had made the rounds Saturday night and greeted people he works with on a daily basis and others he hasnt seen for some time  like former Wallowa Memorial Hospital Administrator Larry Davy who also was a kingpin in the new hospital effort and drove from Tillamook for the occasion at the Elks Lodge  the fun began.

While those in attendance were enjoying a meal of salad, steak, baked potato, and green beans, Jensen and family sat at the head table and watched and laughed as a parade of skits, songs, and speeches were paraded before them; all targeted at Ed Jensen.

Late in the program, longtime ESD board member Bob Williams took the microphone and said, in paraphrase, A lot of good things already have been said about Ed Jensen and Ive always been taught if you cant say something nice about a person, dont say anything at all. And then Williams jokingly intimated that he would leave the stage without saying another word.

Many laughs were voiced when Saralyn Johnson, an ESD employee, held a stick mask in front of her face and played the role of Oregon Senator Mark Hass, a longtime antagonist of Jensens who consistently tried to take authority away from small ESDs. In satirical mode, the fake Hass praised Jensen for his work but couldnt hide his pleasure that Jensen was retiring.

Jensen undoubtedly will carry many memories away from Saturday night, but one near the top of the list could be listening to more than 100 people singing Happy Trails to You slightly off key while accompanied by an accordion. And that was not sung once, but twice!

When, near the end of the festivities, Ed Jensen stepped on stage and took the microphone, he surprised many by first referring to Acts 12:23 in the Bible where King Herod was struck dead for not giving credit where credit was due.

He said that was not a fate he wished to encounter and added, Im not going to take credit for the people of Wallowa County. Jensen then named many people in attendance who   are the ones who make this county the wonderful place it is to raise children.

Thank you for this undeserved, but much appreciated night, Jensen said. God bless you all.