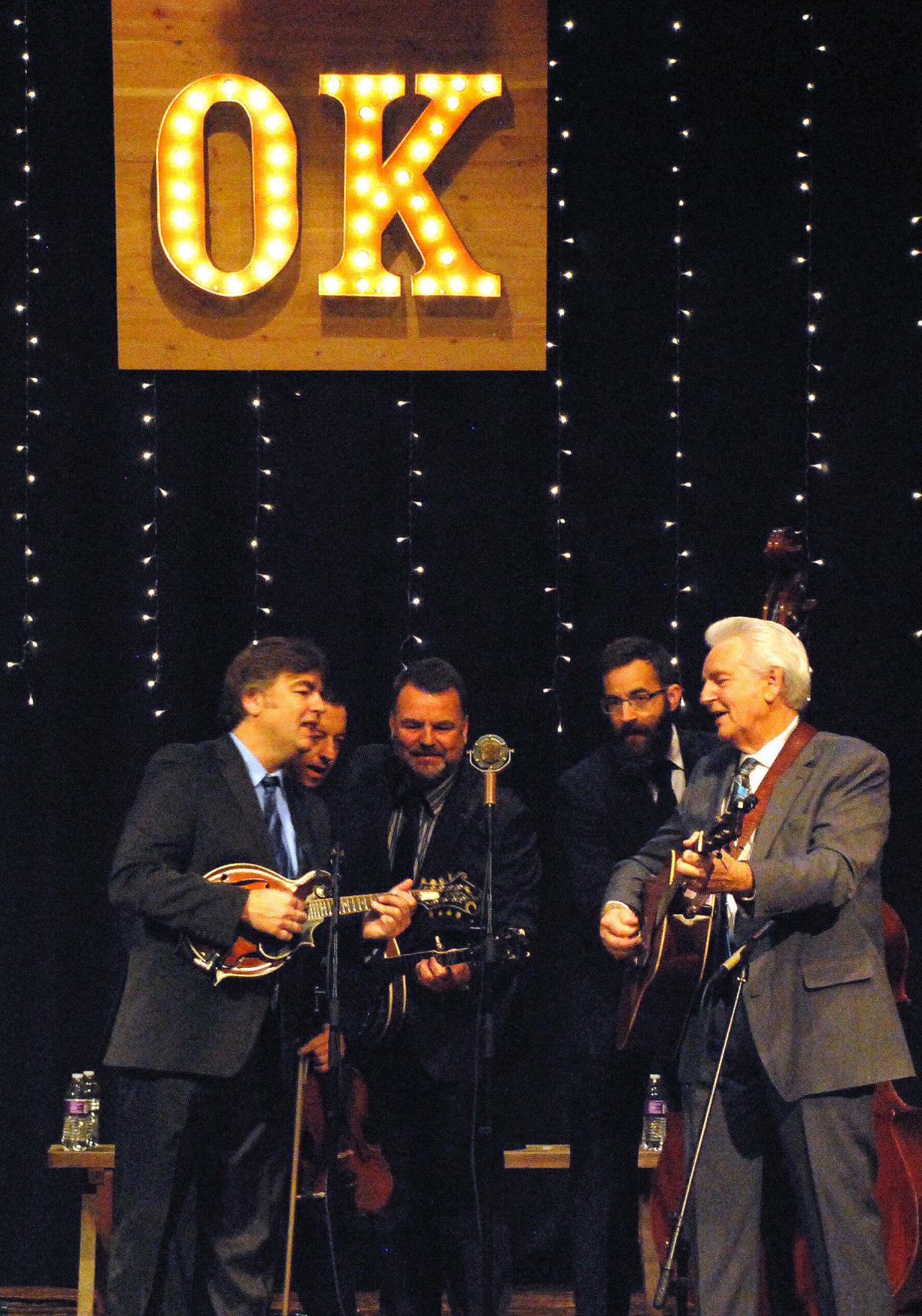 Paul Wahl/ChieftainDel McCoury and his band had the OK Theatre in Enterprise stompin' and a'hootin Nov. 30. 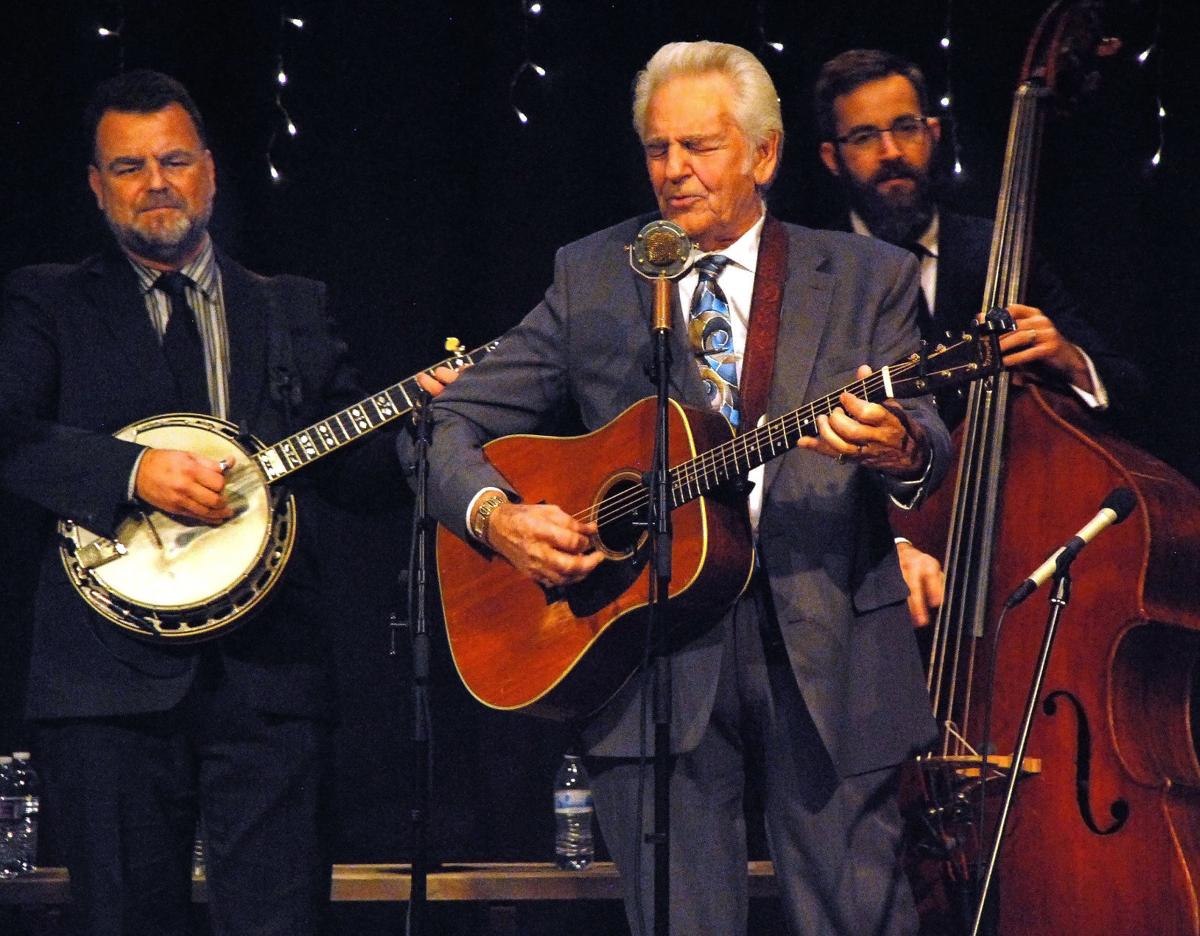 Paul Wahl/ChieftainDel McCoury puts heart into his performance Nov. 30 at the OK Theatre in Enterprise. His son Rob performs on the banjo behind him.

Paul Wahl/ChieftainDel McCoury and his band had the OK Theatre in Enterprise stompin' and a'hootin Nov. 30.

Paul Wahl/ChieftainDel McCoury puts heart into his performance Nov. 30 at the OK Theatre in Enterprise. His son Rob performs on the banjo behind him.

The OK Theatre was filled to capacity with music-lovers young and old. It didn’t take long for the concert to become an all-out hootenanny complete with throngs of dancers at the front and back of the auditorium.

The five-piece band included McCoury’s son Ronnie as mandolin player and son Rob on banjo. A grandson joined the group mid-way through the concert on the guitar.

A smiling and upbeat McCoury opened the concert with “Count Me Out,” released in 2001 and followed with “Bluegrass Breakdown,” a rapidfire instrumental that showcased the musicianship of the group.

The 78-year-old McCoury’s falsetto was strong, particularly on “Livin’ on the Mountain” and his 1998 hit “Don’t Stop the Music.”

For most of the evening, the band fielded requests, much to the delight of fans who shouted out dozens of favorites.

Made in England, the motorcycle held a land-speed record for a time. Only 31 were built before production ended in 1952 because of Vincent’s financial problems.

Also part of the program was a gospel song, “I’m Working on a Building,” which was made popular by Bill Monroe and his band during McCoury’s stint with the group.

This was McCoury’s first trip to Eastern Oregon.

“I like your town,” he told the audience at one point.

The tour began in northern California and worked its way through Oregon and Washington before a final concert Dec. 9 in Denver.

In traditional bluegrass form, the band was sharply dressed with neatly trimmed hair –– no man buns or wild clothing. McCoury and his group took the stage shortly after 8 p.m. and entertained nonstop until around 9:30 p.m.

They returned for two additional songs as an encore.

Caleb Klauder and Reeb Willms opened for McCoury. The duo ran through a dozen songs, including “You’ll Get No More of Me,” bluegrass standard “Natural Bridge Blues” and a Klauder original, “Can I Go Home With You.”

Klauder is a formidable instrumentalists taking turns at the banjo, mandolin and guitar, while Willms added voice and guitar depth to each song.

The concert was the last before the OK Theatre is shuttered while upgrades and repairs are completed.