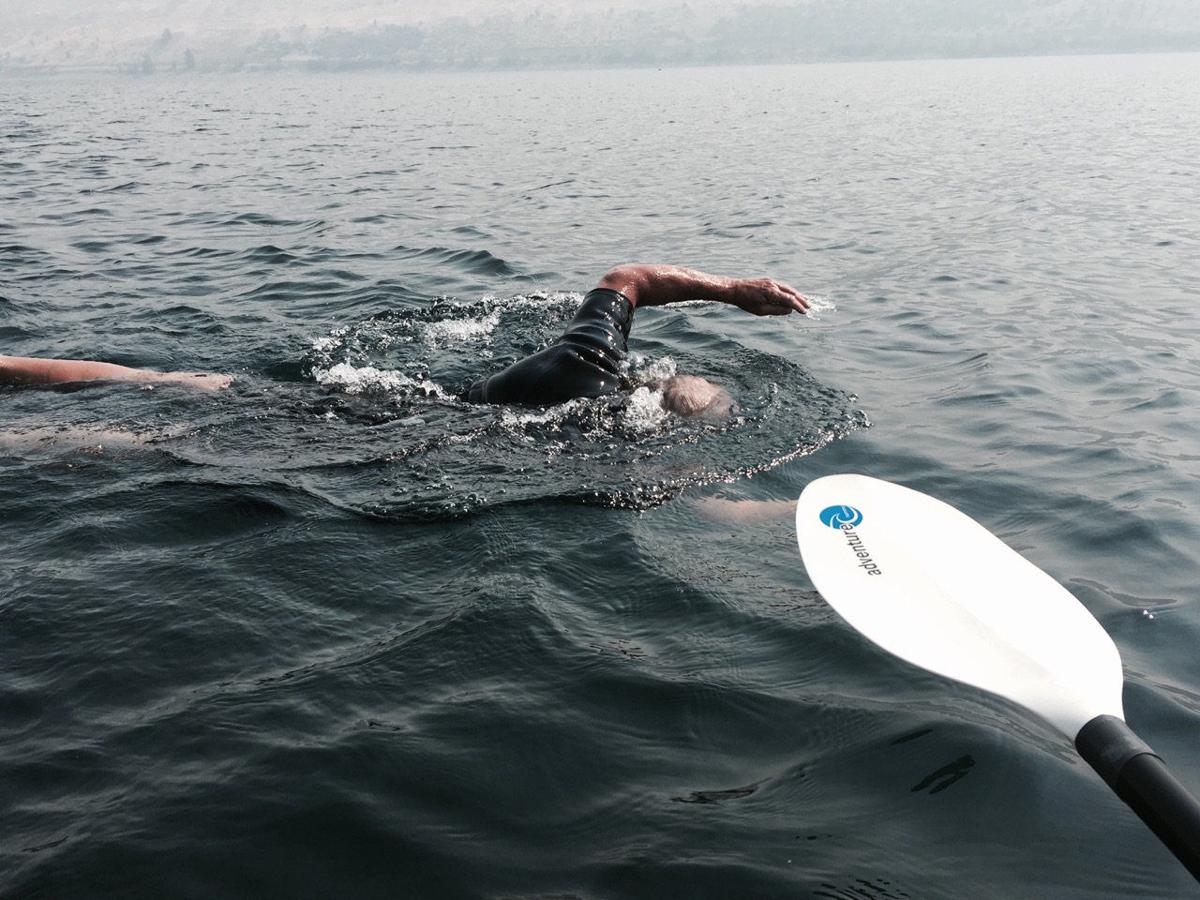 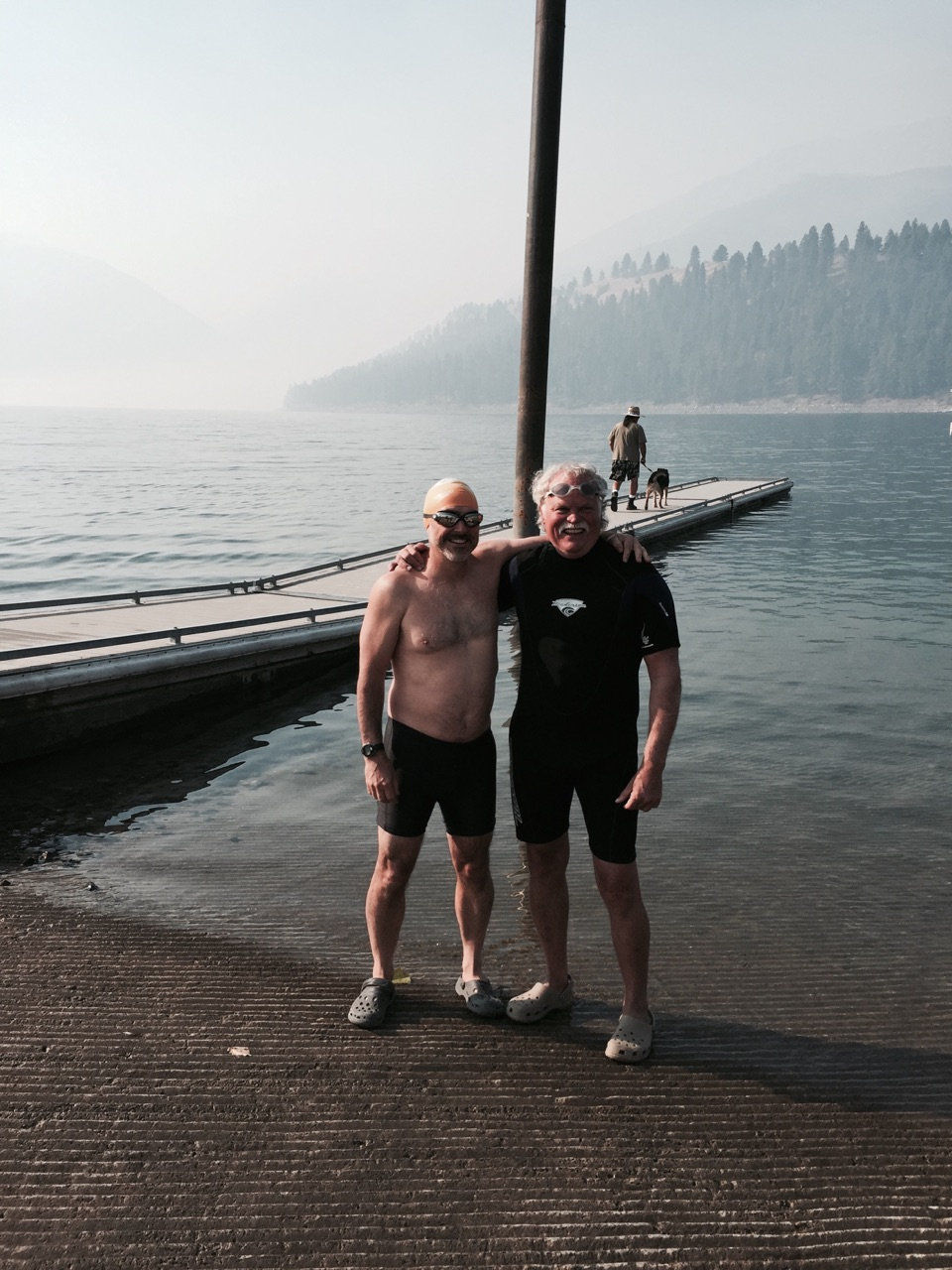 Joseph artist Rodd Ambroson and his friend, Brian Concannon, swam the length of Wallowa Lake this past Saturday, Aug. 22, with the help of two guide boats, a canoe and a kayak, paddled by Anne Humphries and Mary Ambroson, Rodd’s wife.

Despite the smoky weather, the two swimmers got into the lake at the north end around 9:30 a.m., and made it down to the south shore approximately two and a half hours later. Concannon finished the three-and-a-half mile journey first, followed by Ambroson, who had this to say about the activity:

“Well, I’ve been wanting to do that for several years. We swam the width and back. The lake’s always been here, and I’ve always wanted to swim the length. Brian Concannon mentioned he’d had notions to swim the length this summer while he’s here, and I mentioned I had the same notion. So I’ve been training, swimming in the lake to practice, and we decided to do it Saturday.”

He added, “It was my 60th birthday this April, and I had to do something to mark it. We both love this lake tremendously, and it was one way for us both to enjoy it. It was exhilarating to start swimming and just continue and continue until you’re just exhausted.”