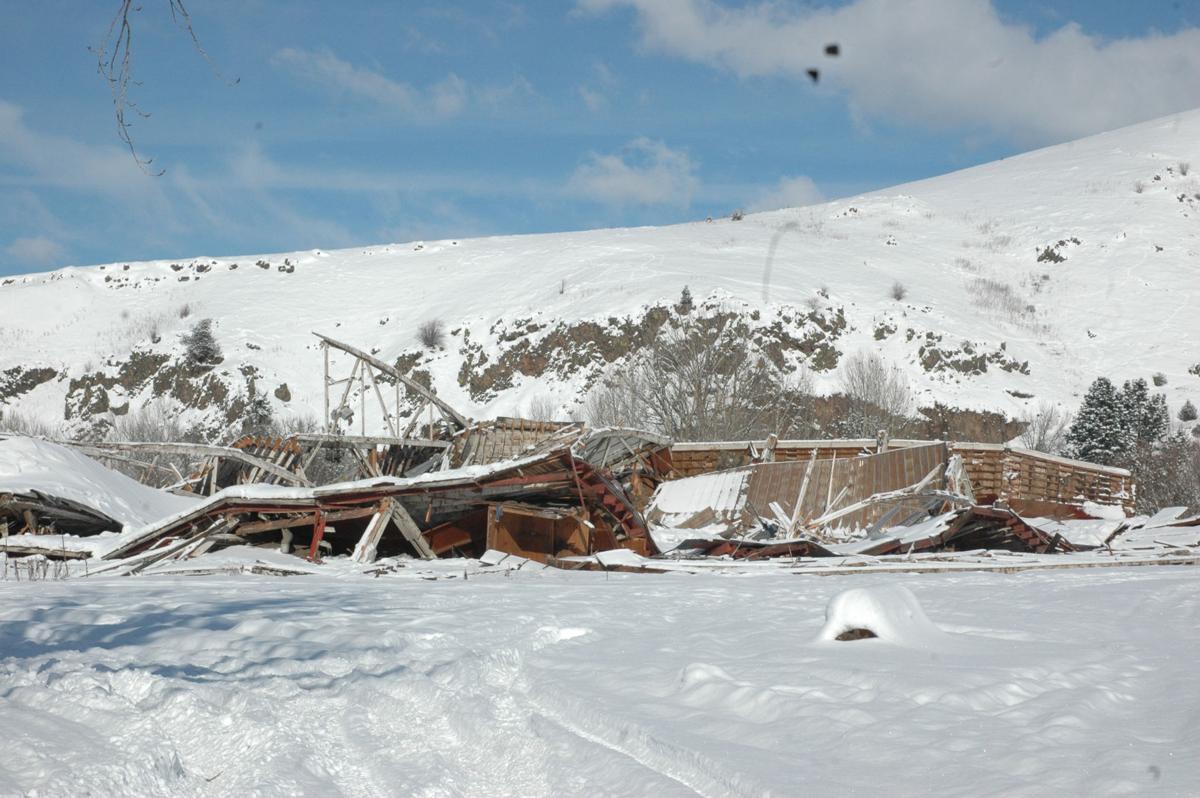 During the last La Nina winter in 2016-2017, the historic J. Herbert Bate Lumber planing mill in Wallowa fell due to heavy snow. 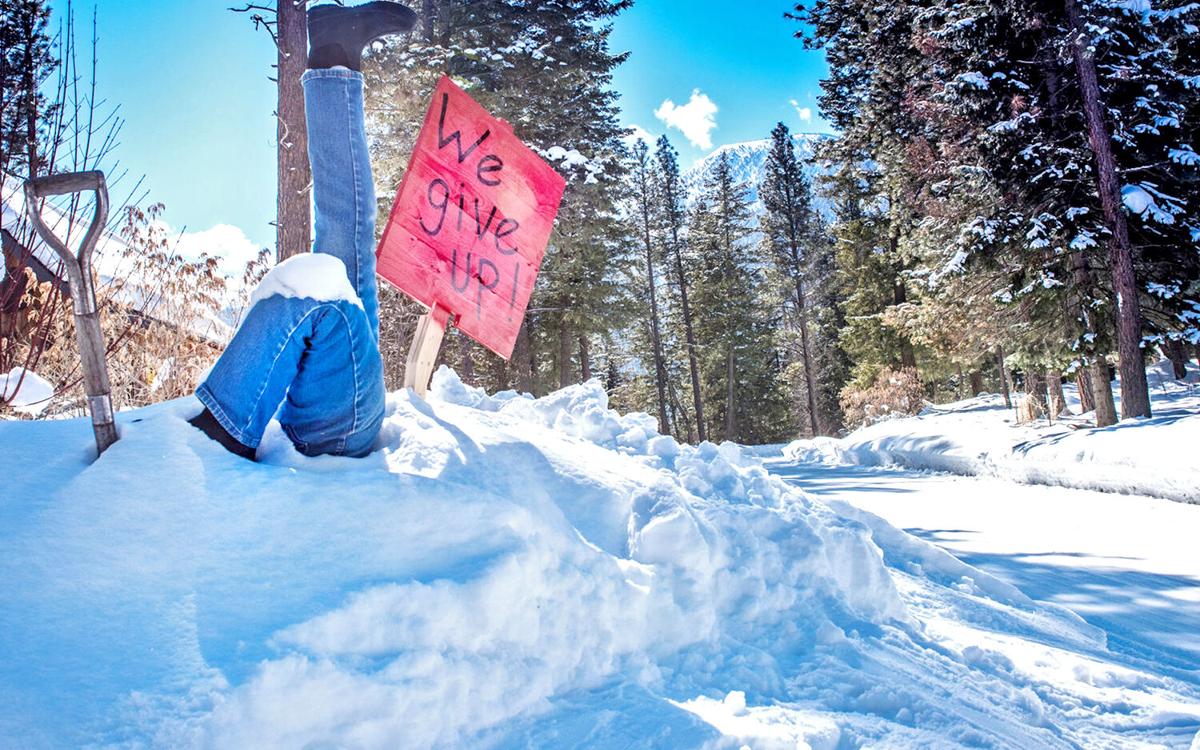 Cindy and Derek Bowker, who live up Hurricane Creek Road, posted this sign after late winter snows accumulated in February 2019. This winter could be much colder with even more snow, according to the Oregon Department of Agriculture seasonal forecast.

During the last La Nina winter in 2016-2017, the historic J. Herbert Bate Lumber planing mill in Wallowa fell due to heavy snow.

Cindy and Derek Bowker, who live up Hurricane Creek Road, posted this sign after late winter snows accumulated in February 2019. This winter could be much colder with even more snow, according to the Oregon Department of Agriculture seasonal forecast.

SALEM — Brace yourselves for a stormy, cold winter. A relatively mild November may lure northeast Oregon into complacency, but in late December and all of January, storms will come, winds will blow, and snow will fall.

“Last winter was sort of a ‘nothing-burger,’” said Pete Parsons, an Oregon Department of Agriculture meteorologist. “This winter is going to come with extra mayonnaise.”

“The first year you move out of El Nino and into a La Nina tends to be pretty volatile in the Pacific Northwest,” Parsons said. “It’s cold and snowy. You tend to get more mountain snow than normal. … Look for a very different winter than we’ve had for the past two (winters).

“We’re moving towards a colder signal in the Pacific Decadal Oscillation. That will make it colder than it’s been for the last seven years or so.”

The winter of 2016-17 was a La Nina year, Parsons noted, and we could have similar conditions this year.

But, Parsons said, climate change has also resulted in warmer waters in the northern Pacific that add some uncertainty to the seasonal forecast, he said.

For November, Parsons sees mild temperatures and normal precipitation in Northeast Oregon due to high-pressure ridges developing over the Pacific Northwest.

“In El Nino years, like the last two winters,” Parsons said, “we tend to get cold weather early in the season. But in La Nina years, the protective ridge over us develops in the fall then goes away, and so we get cold temperatures descending on us later in the season. La Ninas start out mild, but just wait until January. That’s when we can have some really cold weather.”

His long-term forecast for this winter shows that in December, the protective high-pressure ridge begins to weaken, allowing the jet stream to direct more cold Arctic air our way.

“That’s a stormy pattern, and it will drive more storms our way.” Parsons said. “December is likely to be stormier than normal, with lower snow levels than normal.”

That means, he said, the start of a good winter snowpack, with near- or above-average snowfall in the mountains.

“It’s likely that cold-air outbreaks will hold off until after Christmas,” he said. “From about that point through January is the prime slot for really cold weather.”

In January, with the protective high-pressure ridge moving to the west over the Pacific, Parsons expects periods of cold and possibly frigid weather.

“There’s cold air dumps, really significant ones, that are almost certainly going to occur,” he said. “The question is whether they dump into the Northern Plains and into the Rockies, or move west over us. We are almost always going to get at least one Arctic event into the Pacific Northwest.”

There is a good chance of overall below-average temperatures in January.

“It’s possible that we would have multiple outbreaks of Arctic air, and the one or more could ‘lock up’ over us,” Parsons said.

Winter weather could also include windstorms and rain-on-snow flood events, though those are more likely on the west side of the state.

“Doesn’t that make it interesting?” Parsons said. “Would you want the same thing every year? La Nina makes for some really volatile weather. So batten down the hatches.”