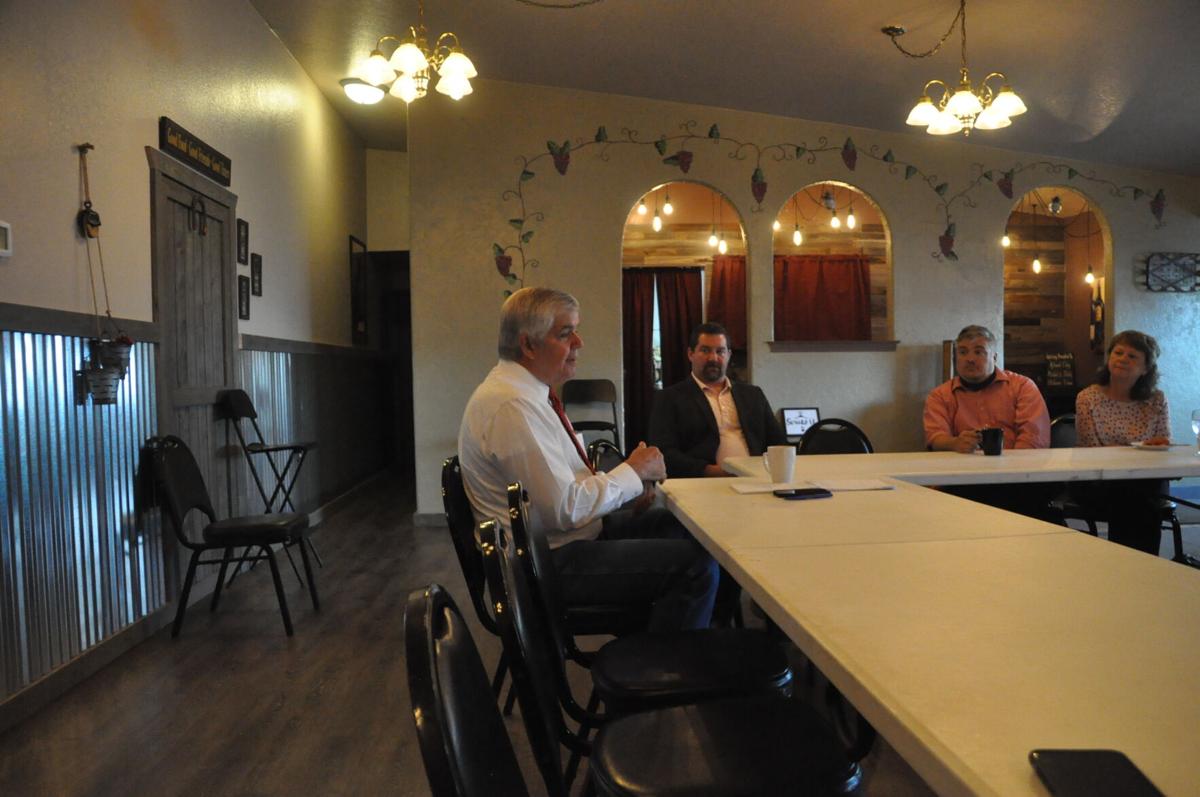 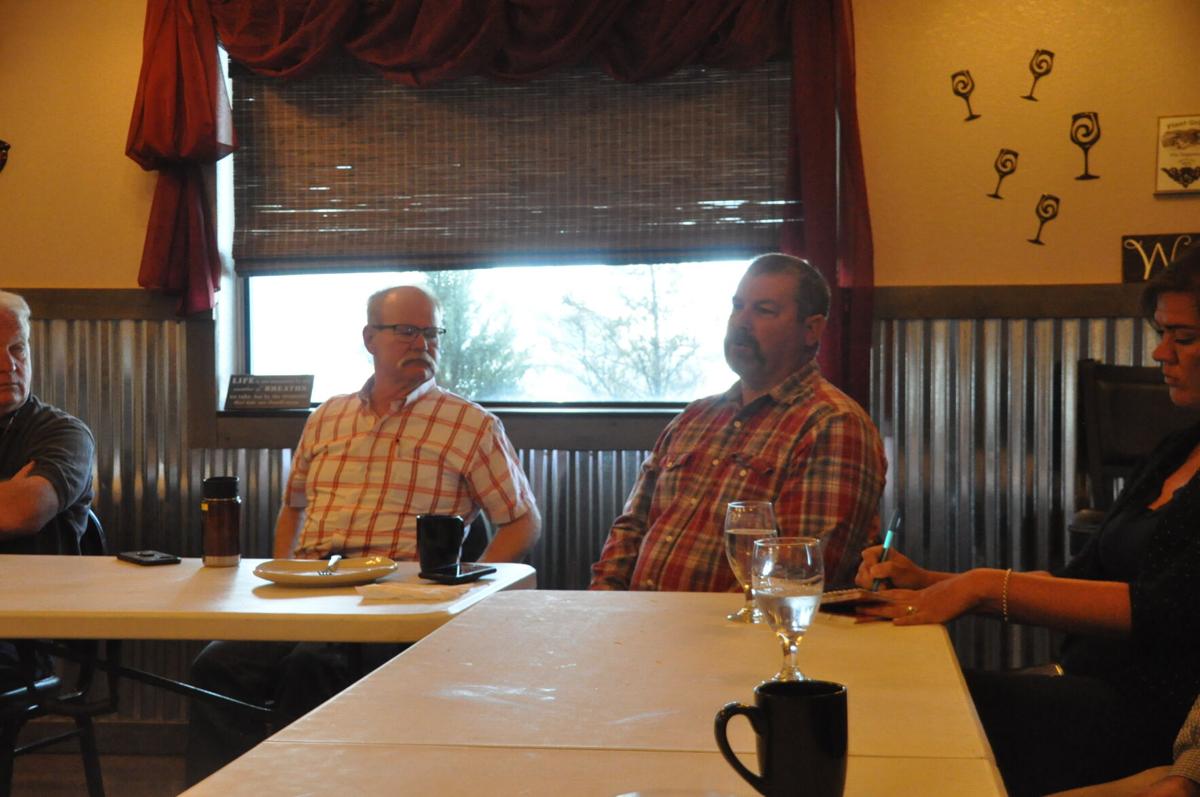 ISLAND CITY — Wallowa and Union county commissioners, educators and business owners heard about the inner workings of Washington, D.C., from 2nd Congressional District Rep. Cliff Bentz on Monday, June 7, in Island City, and had an opportunity to share thoughts and concerns on a range of topics with the freshman congressman.

Before fielding questions from the roughly 15 individuals in attendance — which included Wallowa County Commissioners John Hillock and Todd Nash — Bentz, who sits on both the Committee on Natural Resources and the Committee on the Judiciary, shared some of his experience from the first five months of his first term in office. He went into how the committees in Congress work — including some of what his role in the NRC entails — discussed the fickle nature of bipartisanship when it comes to issues, and said that even though representatives make $174,000 when they first enter Congress, that is largely whittled away by taxes and Washington, D.C., rent, noting his rent in the city is $3,400 per month. He also discussed the drought in the West, noting that “72 million” Americans would be impacted this year by the dry conditions, some more than others.

He then fielded questions and comments on education, taxes, the River Democracy Act, and what can be done about the current labor shortage, with the nation having millions of job openings but not enough citizens willing to fill the positions.

Hillock discussed Oregon cap-and-trade policy, and stated a concern that very few members of the current state government are paying attention to the issue.

“There’s no senators, no representatives, virtually nobody is participating in the rule making, other than me and one other commissioner, and a city official in the Portland area,” he said.

“What is your thought on how this is going to roll out? This is a billion-dollar thing, bigger than anything going on in the Legislature this year, and there isn’t one politician keeping track of what’s going on besides two commissioners. What’s your thought on that?”

Bentz has a history with cap-and-trade bills in Oregon, as he was part of the Republican group that walked out in 2019 to stop a vote on the CAT bill.

“We stopped the bill, and then they shipped everything to the agencies, and Kate Brown said you shall start imposing cap and trade through agency fiat,” Bentz said. “That seemed to mean that into court you go to try and show she is overreaching. I’m really interested to see where the court proceedings are to stop her from inappropriately exercising power.”

Hillock said he thinks “it’s all getting pushed under the carpet.”

Bentz said there are several factors contributing to the labor shortage nationwide.

“No doubt, the amount of money being paid in addition to normal unemployment benefits is a problem,” he said. “The baby boomers are quitting, and that is creating a terrific vacuum. The other thing is the (high) number of people who have simply left the workforce.”

Nash, following a point made earlier by Union County Commissioner Donna Beverage on the River Democracy Act, said about 400 miles in Wallowa County would be given a Wild and Scenic designation, on top of 300 miles that already have limited access.

“Among them are ephemeral and intermittent streams, some of them go from federal to private and back to federal again,” he said. “It’s crazy what they’re proposing.”

Nash added a series of conditions, including an increase in feed prices, are causing challenges for the cattle industry.

“Between that and the drought, hay prices looking like they are going to go through the roof, it’s about as critical a time as we have ever seen with cattle,” he said.

Nash also said a culture change needs to happen to improve the timber industry. He noted as an example that the current Wallowa-Whitman National Forest timber plan calls for 140 million board feet to be harvested annually, but local efforts are happy with 5 million.

“That doesn’t even keep up with the attrition rate of trees dying,” he told the congressman.