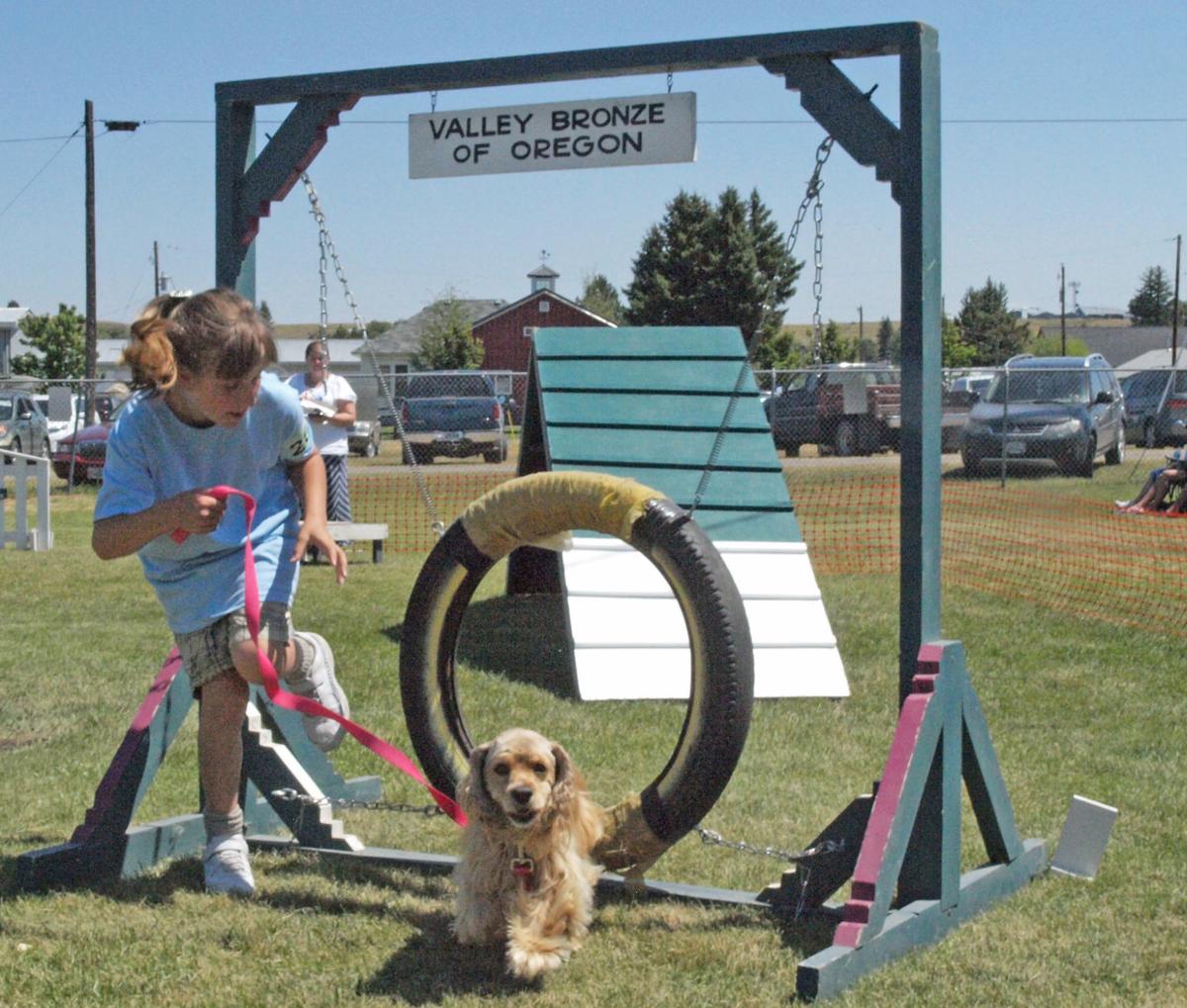 Britt Hullender/For the Chieftain Greta Carlsen leads her Cocker Spaniel to jump through a tire. 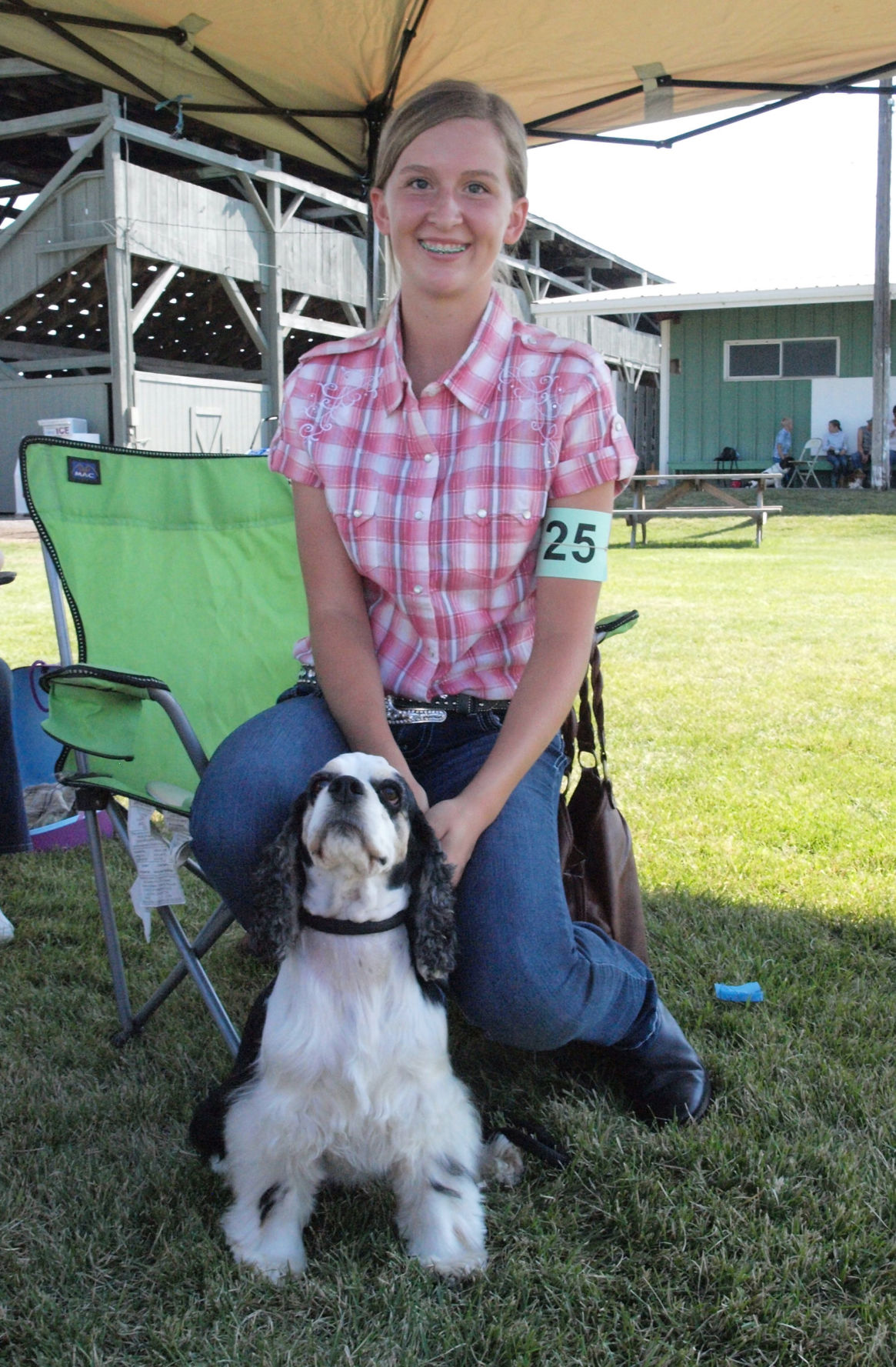 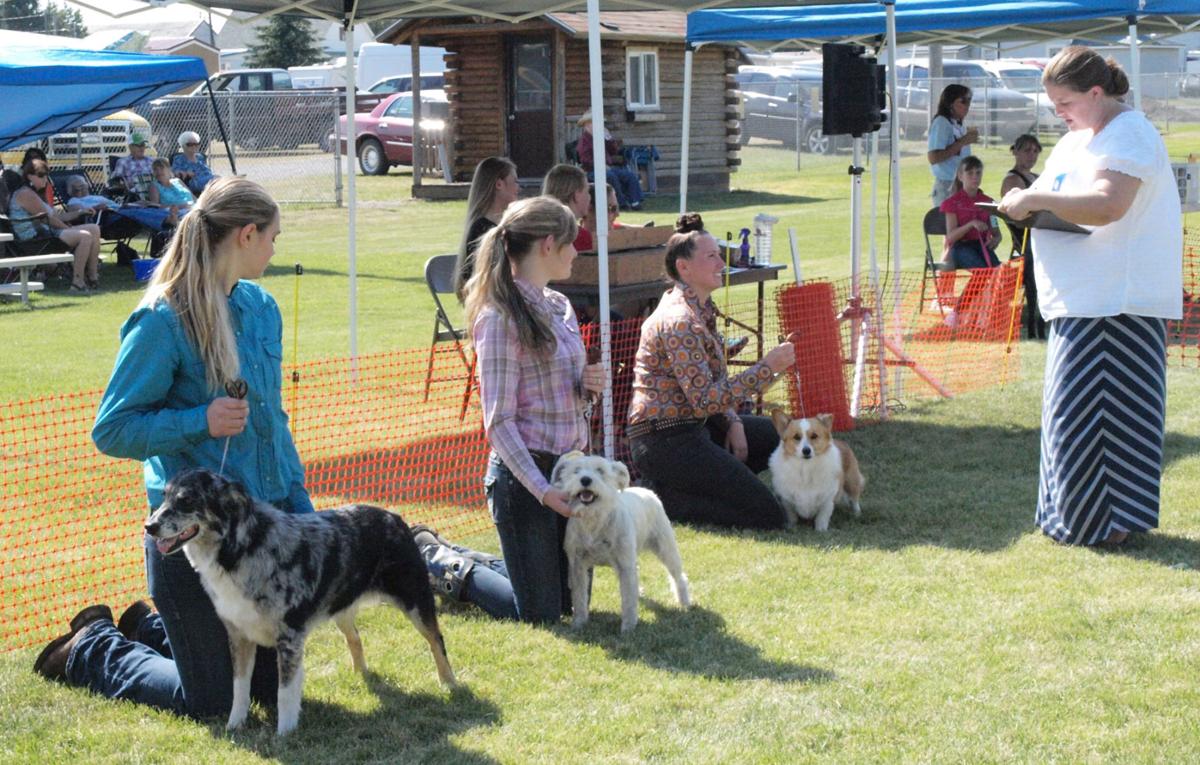 Britt Hullender/For the Chieftain Greta Carlsen leads her Cocker Spaniel to jump through a tire.

This weekend, the Wallowa County Fairgrounds hosted the 4-H Dog Show. Youths of all ages presented their dogs of varied breeds, and every participant got a blue ribbon to commemorate their efforts. The students competed in Showmanship, Obedience, Costume, Trick and Agility, broken down by their skill class and age group. Several qualified to enter the state fair, and a good time was had by all.

Impressing in the obedience competition was the sole student to reach the level of Graduate Novice, senior Whitney Evans, whose Australian Shepherd/Border Collie cross, Dixie, was able to sit and lay down calmly for one and three minutes respectively, from 40 feet away.

Another highlight was the participation of a student with a New Guinea Singing Dog. A breed of Dingo, these dogs are challenging to train, according to organizer Karen Rinehart. It was impressive that the young man was able to earn what cooperation he could from his dog.

And demonstrating exemplary perseverance was Anna Rinehart and her Pembroke/Welsh Corgi mix, Dally. Some months back, Dally’s left ear was partially ripped off, through her fence, by an animal. In light of this, Dally was dressed as Van Gogh for the costume contest, with Anna as her painting.