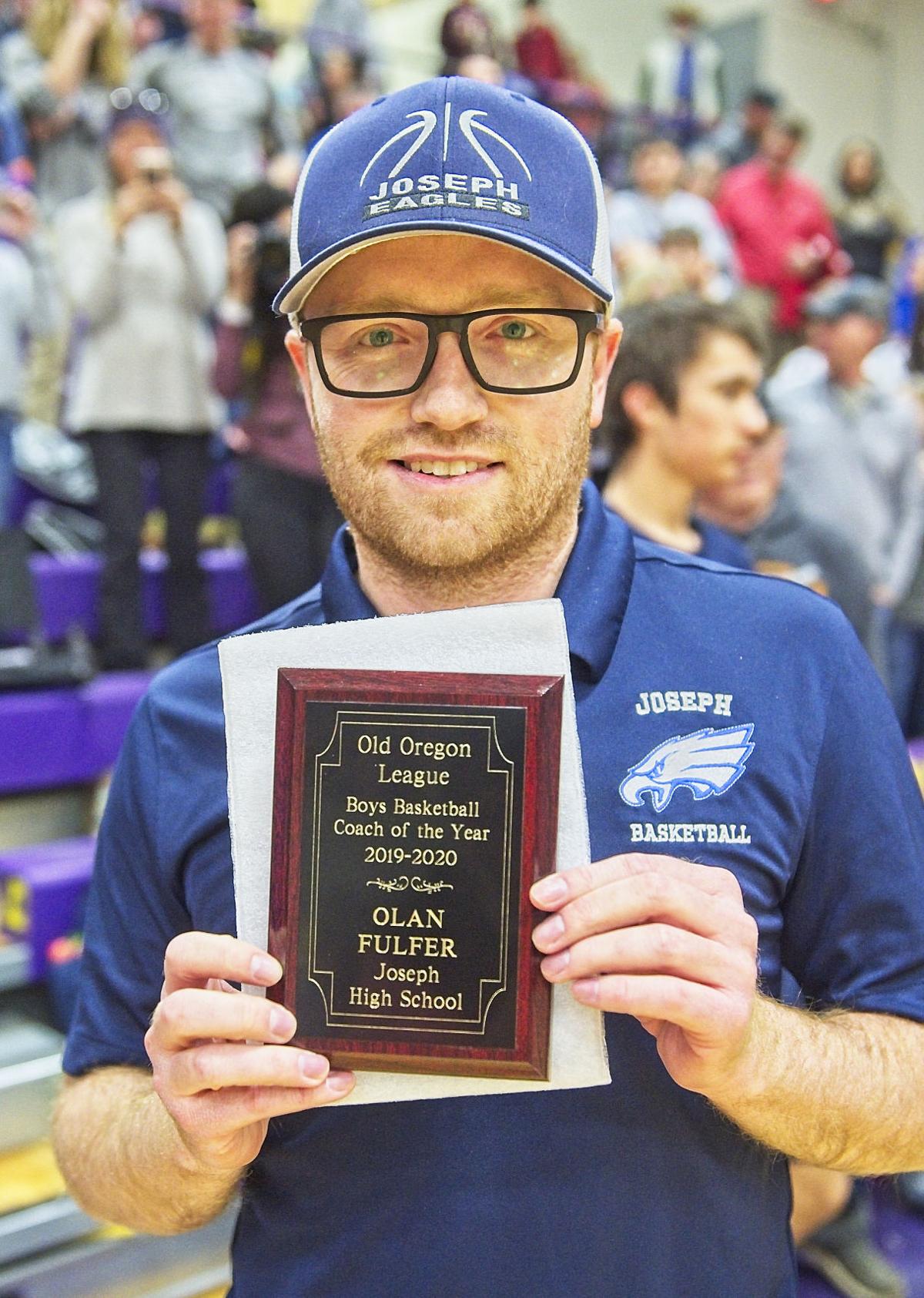 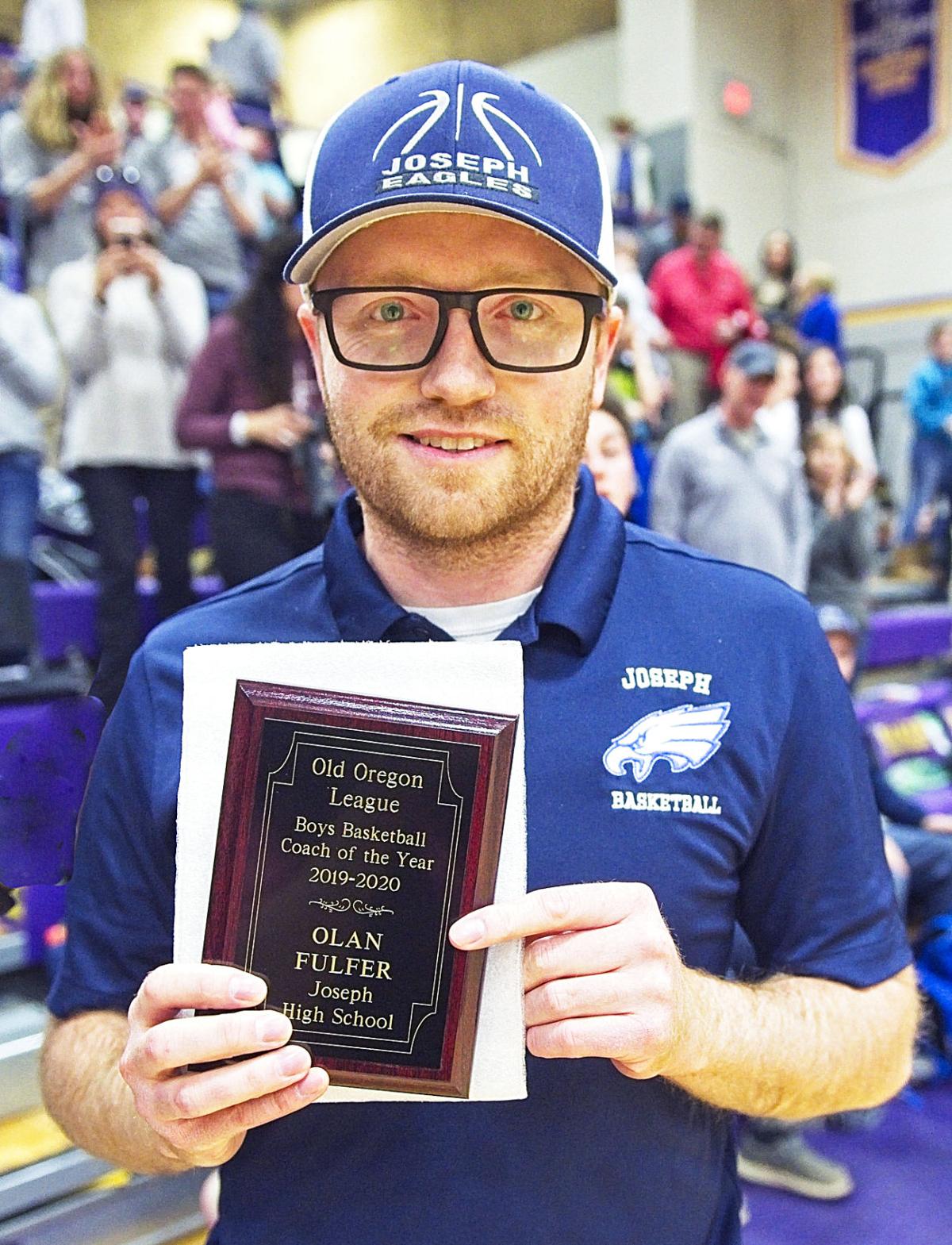 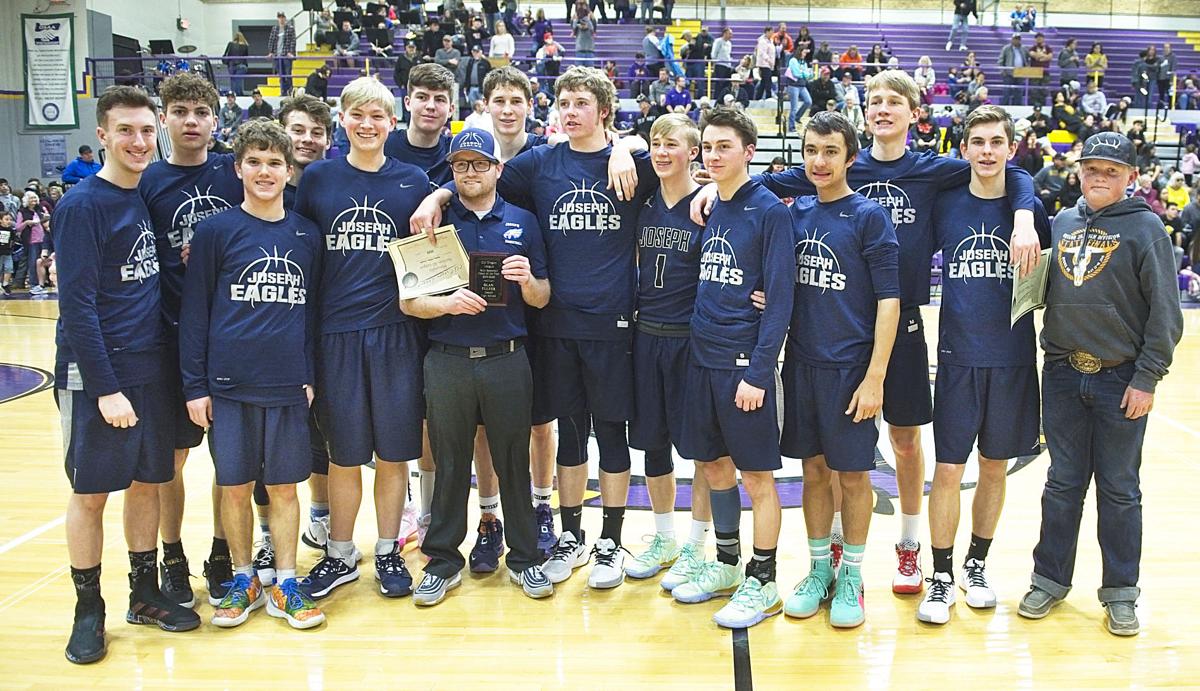 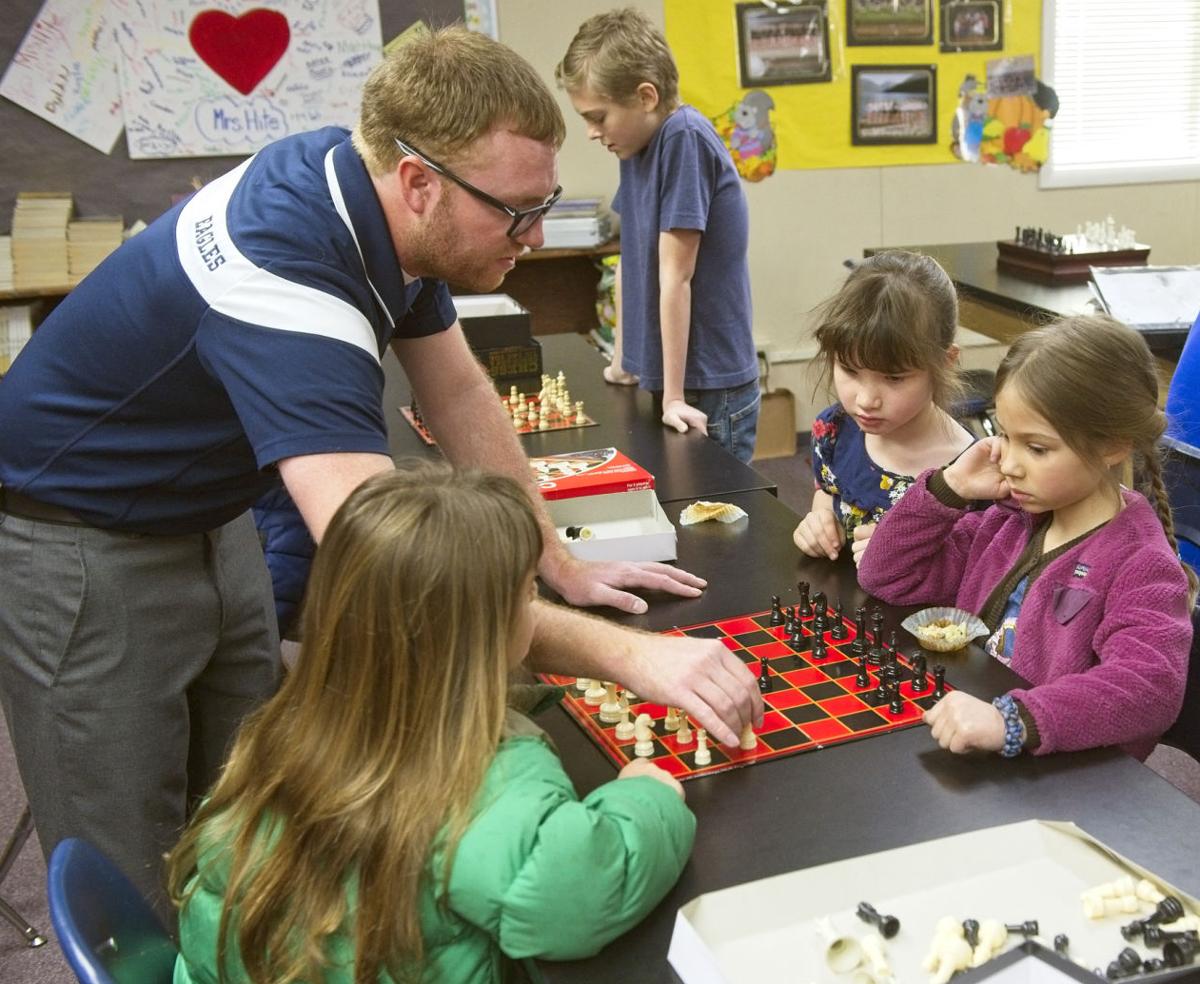 See the boy. He is 12 and stands in shock in his home. He lives in a house of constant turmoil. His mother and stepfather are deeply addicted to drugs and alcohol. Chaos and violence are the weekly lot for the child and his siblings.

This time things have gone too far. A drug-fueled battle between the mother and stepfather escalated to unseen heights for this boy. His mother lies on the floor lifeless, beaten to death by her spouse.

Anyone with empathy could hardly blame the child if he descended down the same path. It was all he knew. But this wasn’t just any kid: It was Joseph High School basketball coach and this year’s Old Oregon League Coach of the Year winner Olan Fulfer. He lowered his head and threw himself into sports and his school work.

“I stayed away from drugs and alcohol completely because they destroyed my family — in every possible way,” he said. “I believe very strongly that if you stay away from that stuff then good things can happen regardless of your background. Everybody has a chance to make it — they just have to try a lot harder.”

The boy had just started to develop an interest in basketball. He did not have a natural talent for the sport.

“I tried, and I was terrible for a while,” Fulfer said. “I just worked at it a lot and got better.”

Sports proved a good outlet for Fulfer, who participated in every sport possible, even wrestling. Growing up poor, he wore the same set of used Puma sneakers for everything in junior high school. His parents rarely, if ever, attended his sporting events or gave him rides to practice. That experience helped him make the decision that turned into a boon for Joseph.

“I never had money for food or new shoes or clothes or any of that stuff,” he said. “I got into coaching and teaching to help kids that grew up like me, that way, there’s no excuses. I can be that adult that I would have loved to have growing up.”

“It hit me hard; it was awesome,” he said. “It actually made a difference for me because even after I graduated, I started coaching AAU (Amateur Athletic Union) at Imbler, then I got to coaching at La Grande with one of my best friends.” His career path was set.

“Since my senior year, I haven’t had a year that I wasn’t coaching basketball,” he said.

His first head coaching job saw him as the Imbler Junior High coach. Seven seasons ago, he took over a struggling Eagles team that had won only one game the year before. He took that team to state in his first year and they haven’t missed a year yet.

Building character in his athletes has always been a part of Fulfer’s program. Too many times he’s seen coaches that only care about the athletic side of their athletes and win-loss records.

“Win at all cost is something I’m extremely against,” he said. “I want first and foremost for my kids to be good people no matter what. If you try hard and have a good attitude and treat people right and do the right thing, wins are going to come. You can win and be successful and be a good person.”

It’s a mantra he instills into the student who take his “psychology class,” as it’s called. There, students learn to reach out to struggling classmates while making an effort not to put down others. Random acts of kindness are also encouraged.

“If someone’s not having a good day, the smallest thing can have a huge effect,” he said. “Character is the first and foremost thing for all of our coaches.”

Fulfer keeps his eye out for just such children. He knows that every little bit matters, and that if he can help one child, he can consider his life a success. He mentioned that Joseph has a very comprehensive sports program, and his help is available to any child in the county regardless of where they go to school. All they have to do is ask.

“That’s one of the reasons I fight fire in the summer, so I can afford that kind of stuff,” he said. “That’s all I want to do, is help the kids.”

Fulfer makes sure every child in the school is exposed to his sport. It’s not uncommon for him to reach out to third- and fourth-graders to introduce them to the sport. Many of those children who say they hate basketball only dislike the sport because they haven’t played it before.

Fulfer knows that character contributes to his coaching success, but he’s also aware of the caliber of athletes on his teams.

“It takes a little bit of everything,” he said. “You have to have good athletes that buy into it, and they have to want to work hard. We’ve been really blessed with great kids.”

He added that assistant coaches Jake Layton and Jake Thompson also contribute to the program’s success. They’ve been with Fulfer’s program since day one helping build it and player character along the way.

“They’re a constant rock for the kids and that’s awesome,” he said.

Ferré said that Fulfer’s caring has earned his respect.

“If I’m frustrated after a game, he’ll shoot with me in the gym,” he said. “If I’m stressed, he’ll sit down and talk. He’s there for all of his players.”

Murray said Fulfer’s passion for the game and his commitment to character are what he admires.

“He has a psychology class, and he wants to teach everyone in the school to be better people,” he said. “He has such passion for the game and helping others.”

Both players said that nearly all of the school’s students, including themselves, appreciate Fulfer’s emphasis on character building.

“He’s changed the way I think and my character has been changed by his words and what he says,” Murray said. “I try to help put whoever and whenever I can.”

“He’s helped me grow immensely, for sure,” he said.

Ferré added that when tempers flare, Fulfer is good at smoothing out the issue and making sure that everyone involved are back to a harmonious camaraderie. Murray added that Fulfer is more concerned about players being friendly off the court than on.

The coach knows that life and character exist outside of basketball. The squad does a healthy amount of community service in Joseph, including picking up cigarette butts off the sidewalk, raking leaves, shoveling snow and stacking firewood.

“I encourage anyone who has a need to get hold of me or have other people get hold of me,” he said. “We’ll do everything we can to make it happen. We just want to help.”

Fulfer’s teams are known for their sportsmanship and character. Kids buy in or they don’t play. An on-court temper tantrum is a rarity. After each game players roam the stands and thank fans for coming out, no matter which team they are rooting for. The team won the 2019-20 Old Oregon League sportsmanship award for its exemplary behavior.

“They have to know that they have to treat teachers and parents with respect and get their schoolwork done and do everything they can to be as good a person as possible,” Fulfer said. “It’s awesome because I’ve seen a lot of improvement in my kids.”

He added that his initial attitude of “it’s my way or the highway” with athletes has softened over the years as he’s recognized some kids need more help than others. Nonetheless, everyone is held accountable for their actions while knowing the coaching staff cares about outcomes.

“We still do everything we can to keep them as part of the team, no matter what,” he said. “Whether they’re playing or not they’re still family, and they’re still kids who need help.”