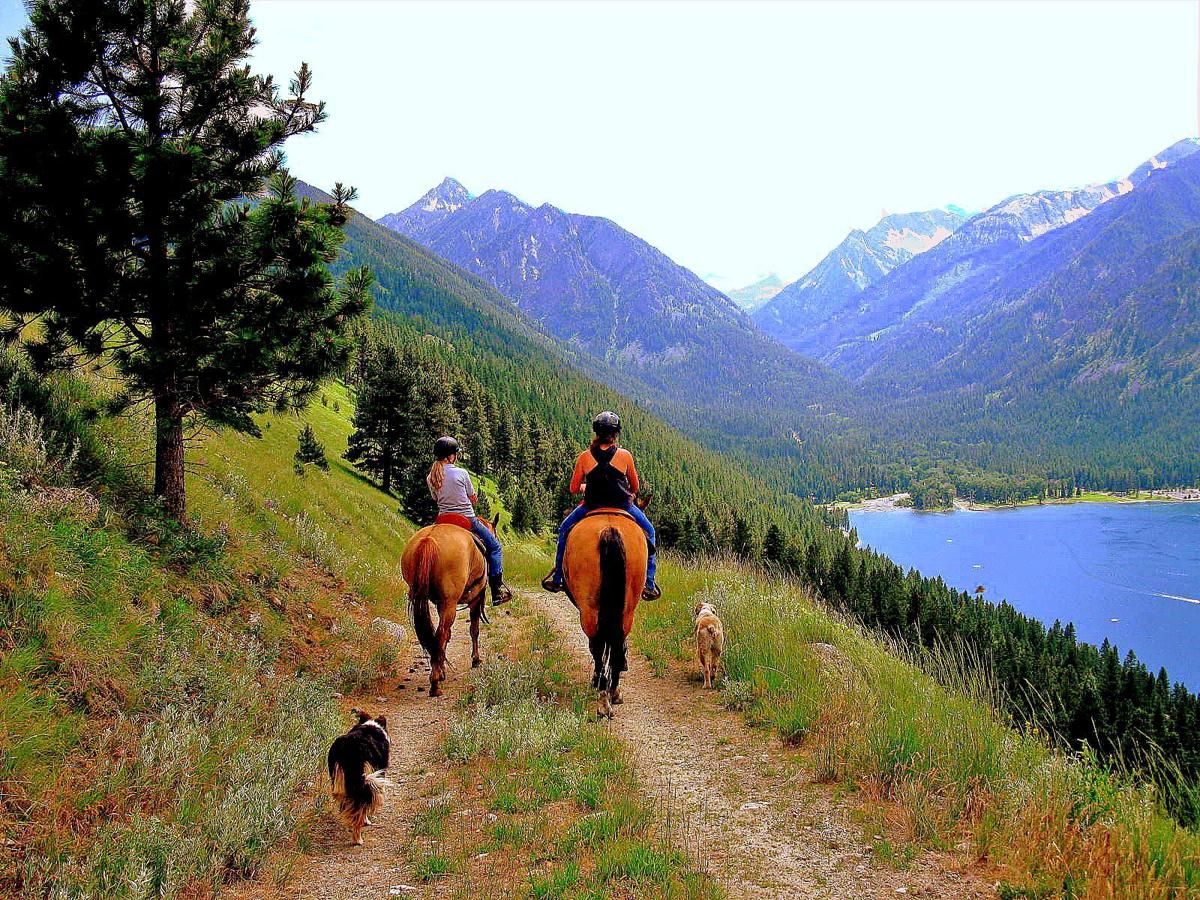 photo/Anette Christoffersen Horseback riders on the East Moraine. If Congress reauthorizes the Federal Land and Water Conservation Fund, preservationists are positioned for grant funding that would purchase more than half of the moraine.

photo/Dolores Bridges A hiker on the East Moraine gazes southward, toward the head of Wallowa Lake.

photo/Anette Christoffersen Horseback riders on the East Moraine. If Congress reauthorizes the Federal Land and Water Conservation Fund, preservationists are positioned for grant funding that would purchase more than half of the moraine.

photo/Dolores Bridges A hiker on the East Moraine gazes southward, toward the head of Wallowa Lake.

An effort to permanently protect the East Moraine of Wallowa Lake from development, an undertaking in its second major foray with new players, appears closer to success than ever before.

A $3 million award request through the federal Forest Legacy grant program has been designated No. 10 priority status among 19 successful requests nationwide. Collectively, the requestors are targeted to receive $61 million to implement onshore conservation projects ranging in cost as high as $6.5 million.

And yet the good news for the five-pronged coalition called the Wallowa Lake Moraines Partnership that submitted the grant application is tempered somewhat by an unfinished piece of congressional business.

Wallowa Land Trust Executive Director Kathleen Ackley, a primary writer of that grant, admits the $3 million might not be forthcoming.

One reason the funding could fall through, points out Wallowa County Commissioner Mike Hayward, is that the 50-year-old federal Land and Water Conservation Fund, from which Forest Legacy draws its grant money, is set to expire in September 2015.

And, according to last week’s press release from Wallowa Land Trust, a recent vote in the U.S. Senate to reauthorize the program fell one vote shy of passage.

But all is not lost. In recent weeks, both U.S. Sen. Ron Wyden, Oregon Democrat, and U.S. Rep. Greg Walden, Oregon Republican, have expressed strong commitments to have the bill reauthorized. Ackley is convinced the reauthorization will happen. She says, “It’s a popular program across the country with strong bipartisan support.”

And regardless of the reauthorization effort’s outcome, Ackley declares, the East Moraine — which she describes as “one of North America’s most perfectly formed and best-preserved glacial landscapes” — will be preserved.

Hayward, highly involved with the first major effort to preserve the East Moraine that evolved through an appraisal effort before falling short of its goal, hopes the purchase of more than half of the East Moraine with the help of Forest Legacy funding materializes. He says that Forest Legacy’s overriding purpose of maintaining forestry, grazing, and public access to select areas is consistent with the county’s longstanding desires for the East Moraine.

Ackley points out that gaining the $3 million, even if it does happen, only would be the start.

At best, Forest Legacy will not pay beyond 75 percent of the total cost of a project and Hayward says additional monies likely would need to come from state agencies, such as the Oregon Watershed Enhancement Board, or from private foundations or contributors.

The 10th-rated grant application was submitted to purchase 1,533 acres of the East Moraine from one willing seller, the Ronald C. Yanke Family Trust. That family trust owns about 250 additional acres there that it’s also willing to sell, but the lack of tree cover on so much of the East Moraine, matched with specific grant-writing criteria, led to the 1,533-acre figure.

But even the 1,533 acres is a far cry from the overall moraine protective aspirations of the Wallowa Lake Moraines Partnership.

Fully aware that Forest Legacy operates by purchasing easement rights as well as assisting in outright purchases of private land, the Moraines Partnership is negotiating with all landowners of the East Moraine to buy additional lands or easements.

In regard to the 1,533 acres, Ackley says, “Probably one of the most comprehensive appraisals in Wallowa County for some time should be ready soon.” Once that’s available, she says, an Option Agreement between Ronald C. Yanke Family Trust and the Moraines Partnership will be signed with set dollar amounts and time limits, and the Partnership’s work can begin in earnest.

Actually realizing the $3 million grant award would spur others to also give to the project, suggests Ackley.