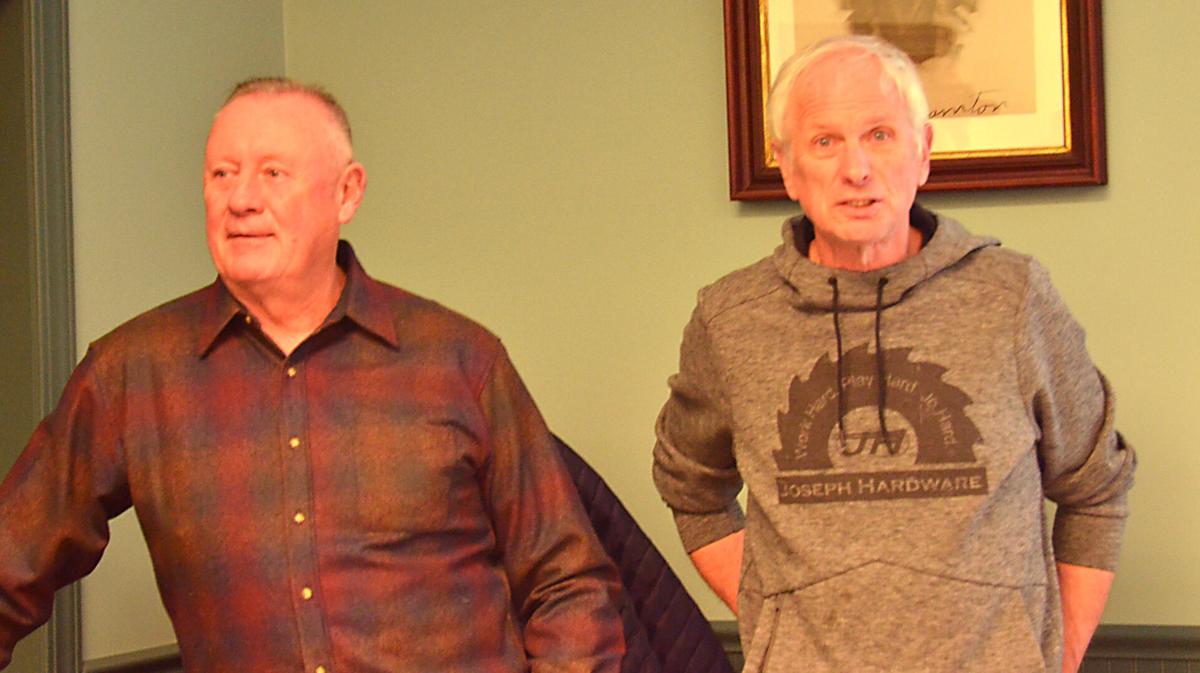 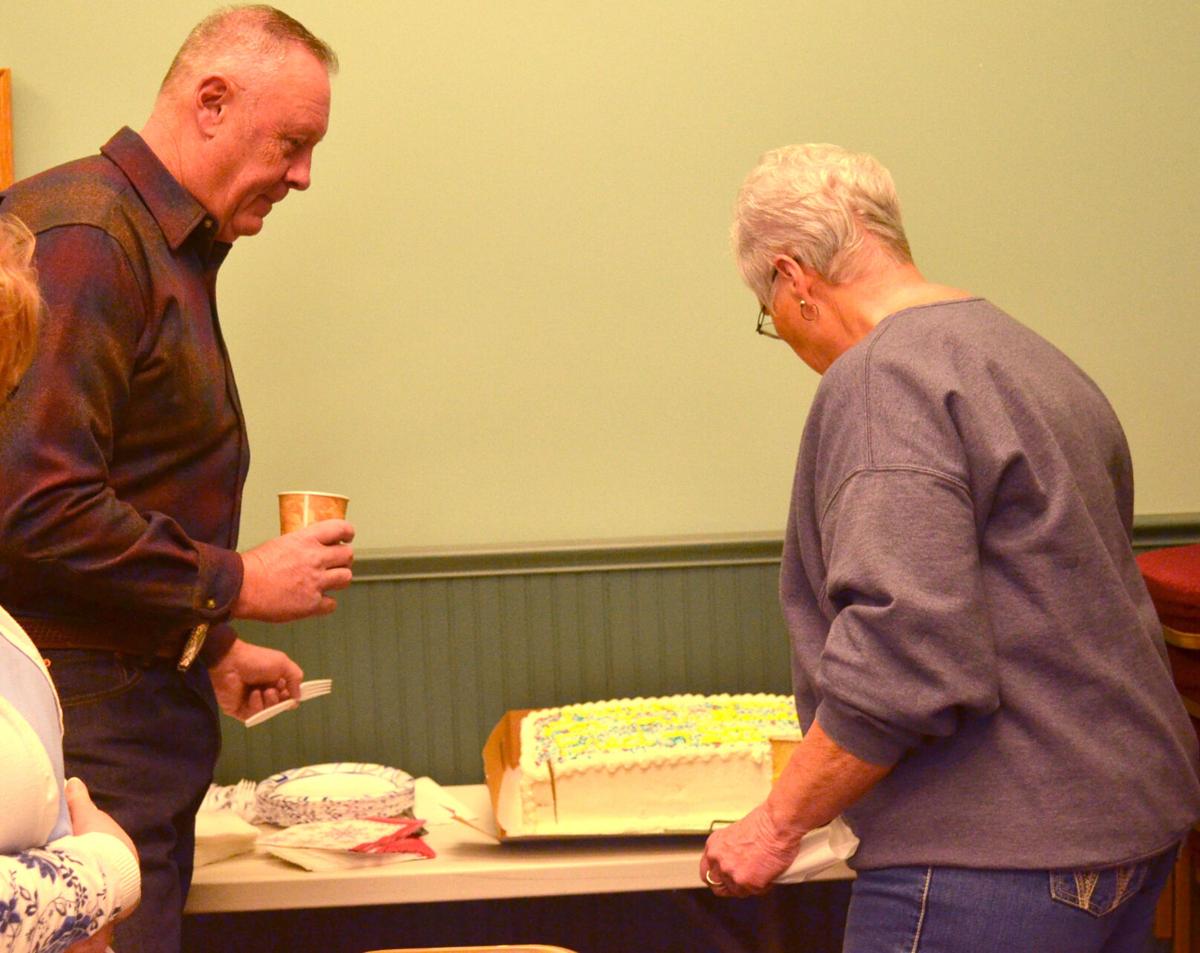 Wallowa County Commissioner Susan Roberts, right, dishes up a slice of cake for retiring Chief Deputy and former Sheriff Fred Steen. on Wednesday, Jan. 6, 2021, during a farewell for Steen and outgoing Sheriff Steve Rogers after the commissioners’ meeting.

Wallowa County Commissioner Susan Roberts, right, dishes up a slice of cake for retiring Chief Deputy and former Sheriff Fred Steen. on Wednesday, Jan. 6, 2021, during a farewell for Steen and outgoing Sheriff Steve Rogers after the commissioners’ meeting.

Before she turned everyone loose on the coffee and cake, Commissioner Susan Roberts thanked Rogers and Steen for their service.

“We wanted to say thank you to Steve and Fred for all the years you’ve put in and given of yourselves to the county and we appreciate it,” she said. “So, we wanted to give you some cake and coffee and shoo you out the door. We wanted to thank you and we can’t say how much.”

Rogers had been sheriff since 2013 and served at the Wallowa County Sheriff’s Office since 1995, except for a brief period serving in La Grande.

Steen, also a former sheriff serving from 2001-13, served as chief deputy under Rogers since 2013.

In an ironic twist, Rogers had served as undersheriff for Steen and the two essentially changed places when Steen decided not to run for a fourth four-year term in 2012 and Rogers won the primary election. But, according to a Chieftain story at the time, they figured they made too good a team to break up.

As for their future, neither was too certain of his plans.

“I’ve got so many things in my head, I’ve got so many offers right now, but until I get my knee healed up, I’m just going to stay home,” Rogers said. “I had a total (knee) replacement six weeks ago, so I’ve got at least another month or two of healing up. What would I like to do? Go get my BMW and go to the high latitudes. I love it above the Arctic Circle.”

Will he continue in law enforcement?

Steen was not quite as forthcoming as Rogers, being totally vague on his plans, even whether he’ll remain a Wallowa County resident.