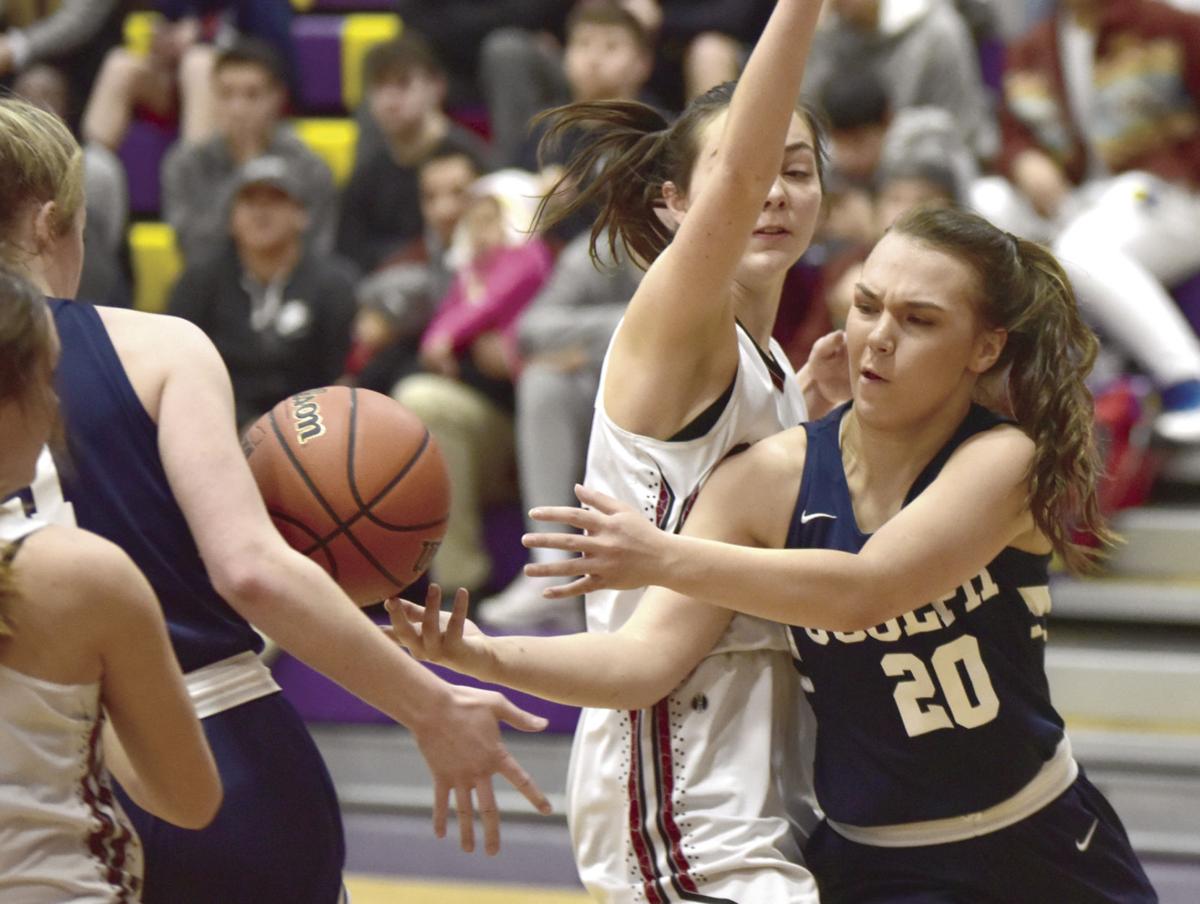 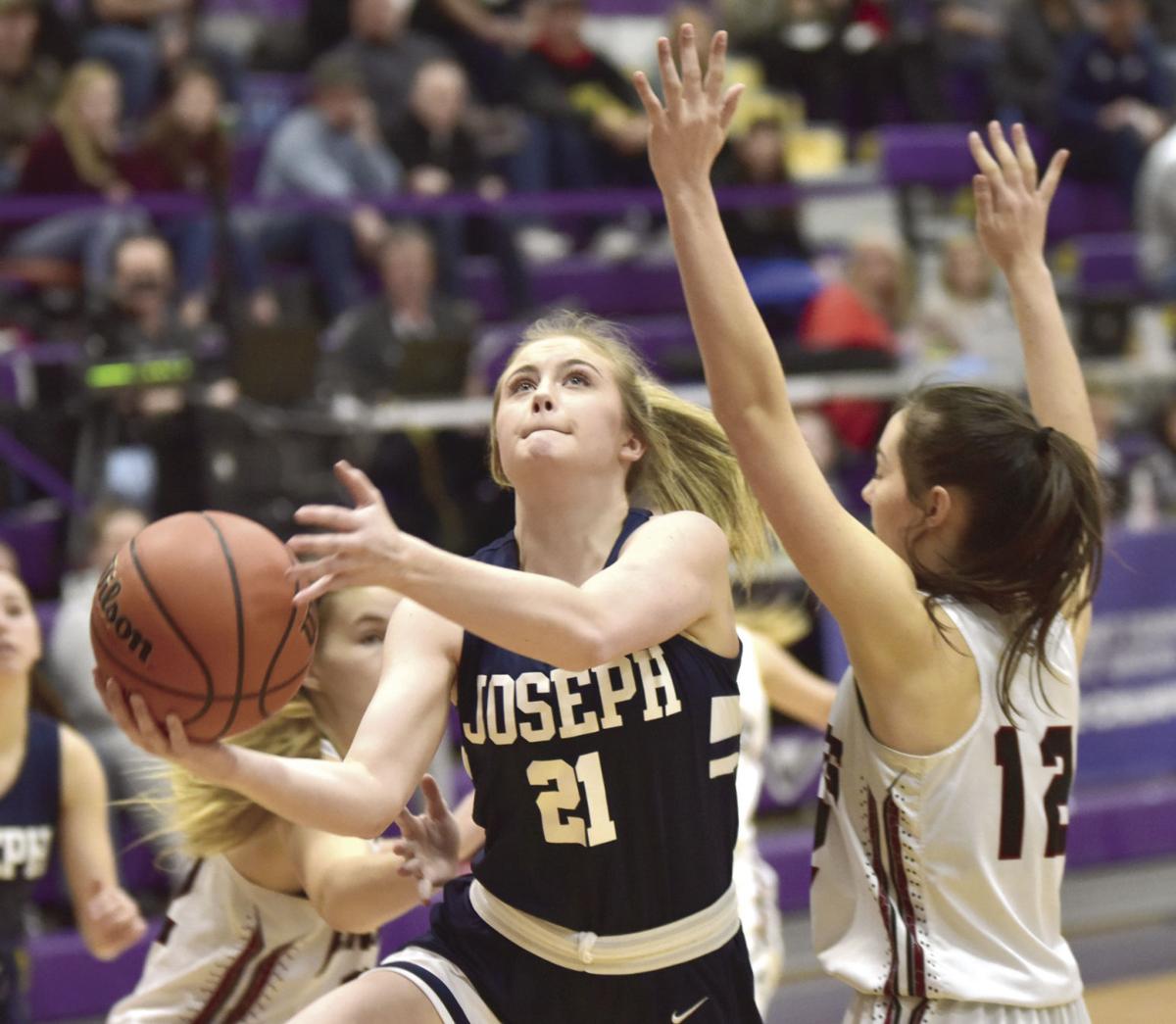 Sabrina Albee goes up for two. 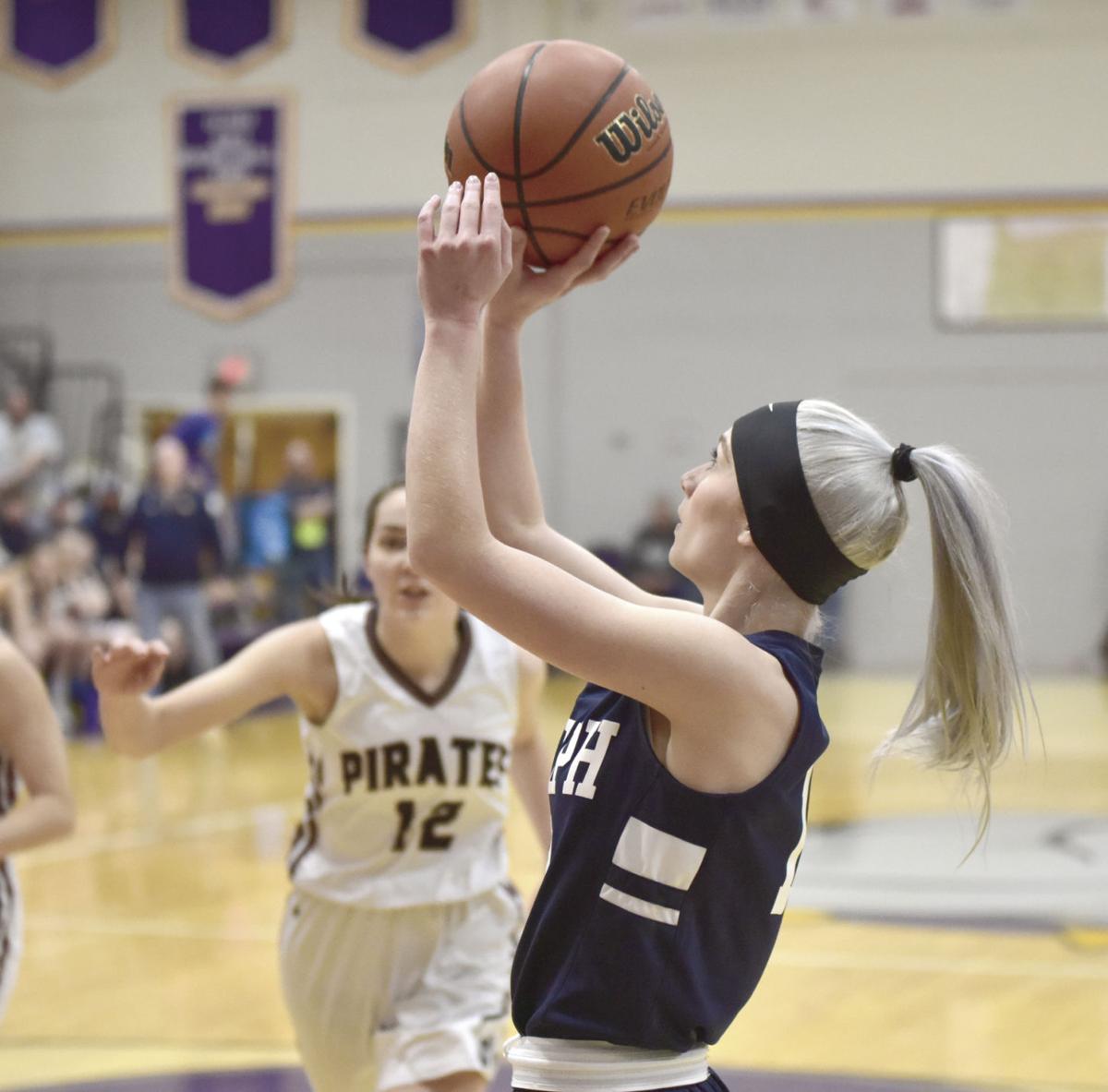 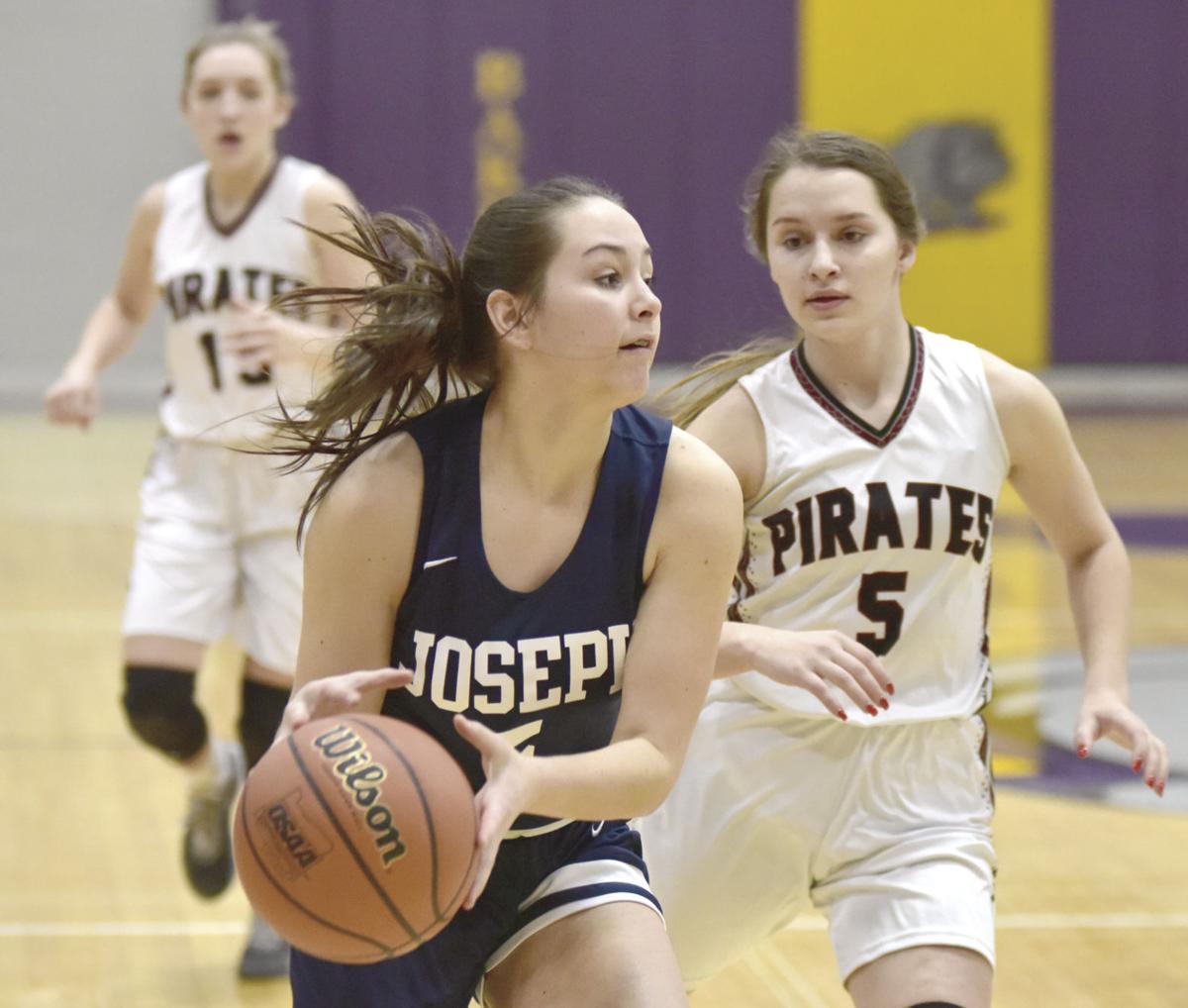 Molly Curry brings the ball down court and sets to pass.

Sabrina Albee goes up for two.

Molly Curry brings the ball down court and sets to pass.

The Joseph Eagles girls earned their way to the third/fifth place consolation game meeting the Perrydale Pirates on Saturday, March 7. Despite a game-high 21 points from Sabrina Albee and a beyond-the-pale team effort , the Eagles went down by a 56-39 score. But they still took fifth place in the entire Oregon 1A division, a super finish to the season.

The Eagles drew first blood with a Brianna Micka shot after a Pirates turnover about two minutes into the quarter.

The Eagles jumped to a 4-0 lead but fouls and missed shots found the Eagles trailing 7-6 at the end of the opening quarter. Turnovers, a full-court press and shooting plagued the Eagles in the second quarter. What had been a 12-10 deficit for the Eagles exploded into a 21-10 deficit in just over a minute.

The half ended with the Eagles on the short end of a 26-11 score. Top scorer in the half was Molly Curry with three points in the hoop. Stats showed both teams shooting at about 33%, but the Pirates took nearly twice as many shots with offensive rebounding and forced turnovers.

The opening of the second half found the teams trading turnovers until Sabrina sank a three-pointer which the Pirates quickly matched with one of their own. Albee took control and drained another three pointer followed by a jumper from 10 feet out although the Pirates matched her bucket for bucket.

However, the Pirates didn’t rest and Joseph trailed 40-25 going into the fourth quarter.

Coach Lance Homan said that it was rough game as the squad played without senior, Rylee Wilcox. The Eagles struggled with 23 turnovers and dug themselves into a hole it was hard to climb out of. However, he was proud of the Eagles’ fourth quarter surge.

“It was a tough way to end the season, but I couldn’t be any more proud of the team and the season they had,” he said. “The kids went through so much and being able to finish fifth out of all the 1A schools in the state is impressive.”

Joseph shot 33% in the first half but raised that to a whopping 47.6% in the second half. Sabrina Albee, scored 19 in the latter half of the game, also going 3 for 6 from beyond the paint.

Albee also claimed four rebounds and dished out 4 assists for a Moda Health player of the game award for Joseph. Camille Crenshaw, in her final game, cashed in with nine points, including a sparkling 4 for 4 performance from the free throw line. Madelyn Nelson added four points to the harvest.

The Eagles capped their amazing season with a fifth-place finish at state, just as they were ranked. They won the Old Oregon League championship and compiled a 22-8 overall record.