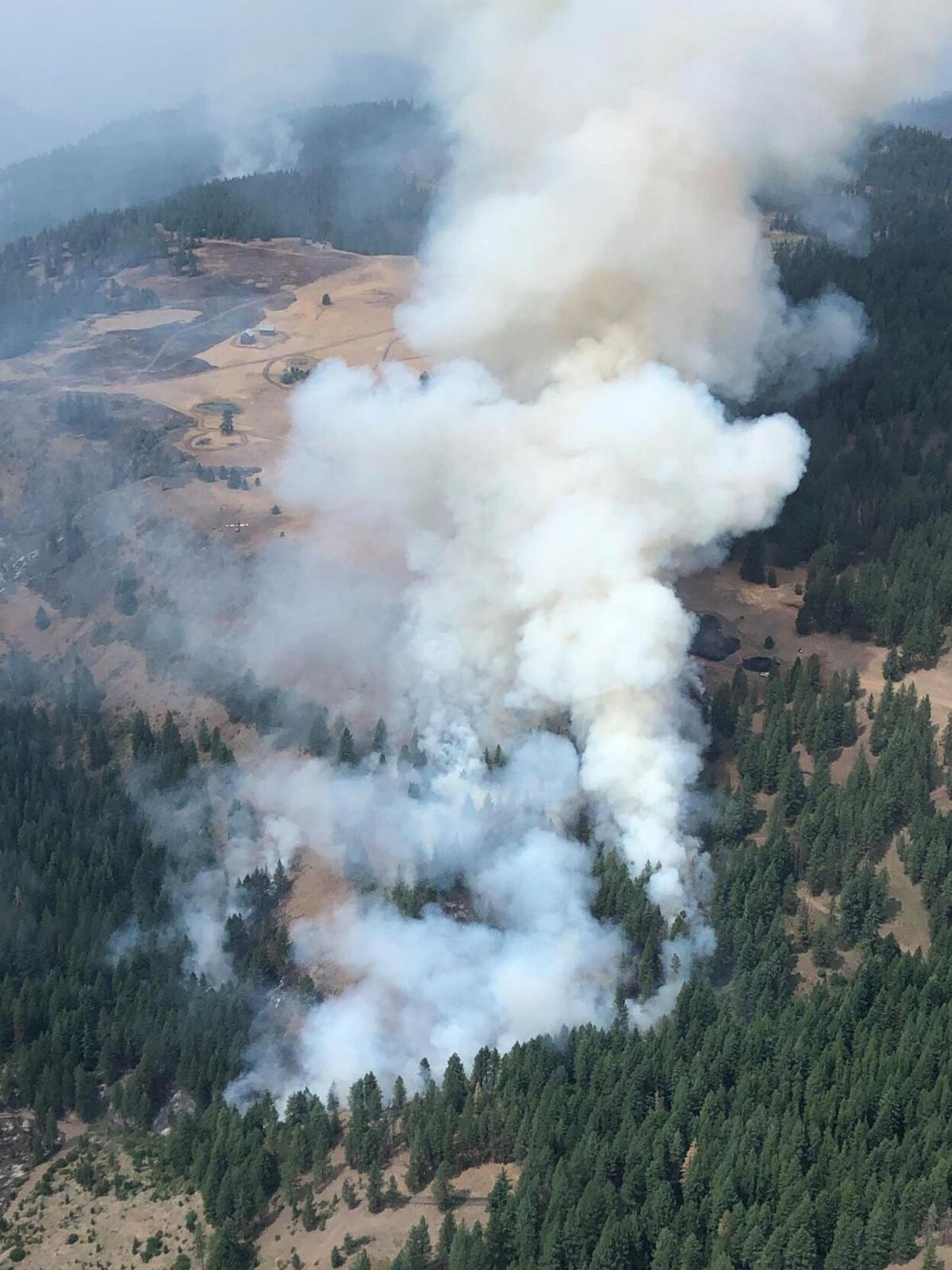 The Elbow Creek Fire is at 18,599 acres, according to the latest update Wednesday, July 21, 2021, from the Type 1 ODF Incident Management Team 3 continuing to fight the blaze. Containment of the fire is estimated at about 20%. 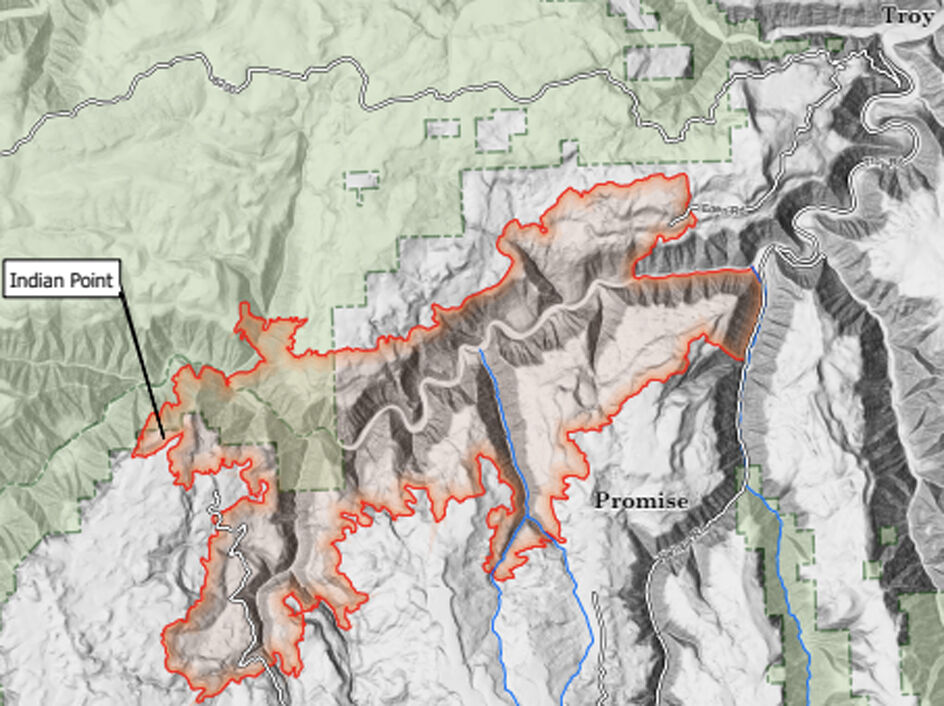 Shown is the outline of the Elbow Creek Fire. It has burned 19,993 acres as of Thursday, July 22, 2021, and is the second-largest fire in Oregon this fire season.

The Elbow Creek Fire is at 18,599 acres, according to the latest update Wednesday, July 21, 2021, from the Type 1 ODF Incident Management Team 3 continuing to fight the blaze. Containment of the fire is estimated at about 20%.

Shown is the outline of the Elbow Creek Fire. It has burned 19,993 acres as of Thursday, July 22, 2021, and is the second-largest fire in Oregon this fire season.

WALLOWA COUNTY — Firefighters have made gains on the Elbow Creek Fire, but a couple areas of the blaze have given them fits over the last few days.

That trend continues, according to an update Thursday morning, July 22.

The fire has now burned 19,993 acres, and is estimated to be about 20% contained. It has temporarily surpassed the Jack Fire in size, and is now the second largest in the state behind the Bootleg Fire.

The fire continues to receive attention as a priority, and now is being battled by crews from across the nation. As teams from Washington, Texas, New Mexico, Arizona, Michigan, California and Idaho have joined the Oregon firefighters.

Operations Section Chief Eric Perkins said in a video update that the fire is continuing to burn in the area of Elbow Creek, as well as in Grossman and Sickfoot creeks. The blaze spotted across Elbow Creek Tuesday, and has continued it progression that region.

"The fire keeps moving on us toward the north and west," he said.

He specifically noted the fire is burning in the confluences of Elbow and Squaw creeks, as well as the confluence of the Grande Ronde River and Bear Creek.

He also said the fire is following the Grande Ronde to the west and south in that area.

Working in that region to quell the fire continue to be difficult due to the terrain, Perkins added.

"Those are deep, steep canyons, and not an easy feat to do," he said.

The north and east portions of the fire are in good shape as mop-up operations continue there, Perkins said.

Another problem area has been in Sickfoot Creek to the south, but Perkins said he is hopeful crews can get a line around that portion of the fire Thursday. He said crews have gotten "a little tighter grip" in that region.

A press release late Thursday morning noted that a burnout operation in the Sickfoot Creek area had been successful. Crews also have found success in the Deep Creek area.

Perkins added things look "better" in the area of Grossman Creek, another spot that had been a challenge for firefighters.

The fire has been manned by Type 1 Oregon Department of Forestry Incident Management Team 3 since Sunday morning. A large crew has been coming into battle the fire, and that number continues to grow. The team reported late Wednesday night that the size of the team on the fire is up to 686, and that more are scheduled to arrive Thursday.

WALLOWA COUNTY — The latest infrared mapping on the Elbow Creek Fire burning in northwestern Wallowa County has its size at 18,599 acres, acco…