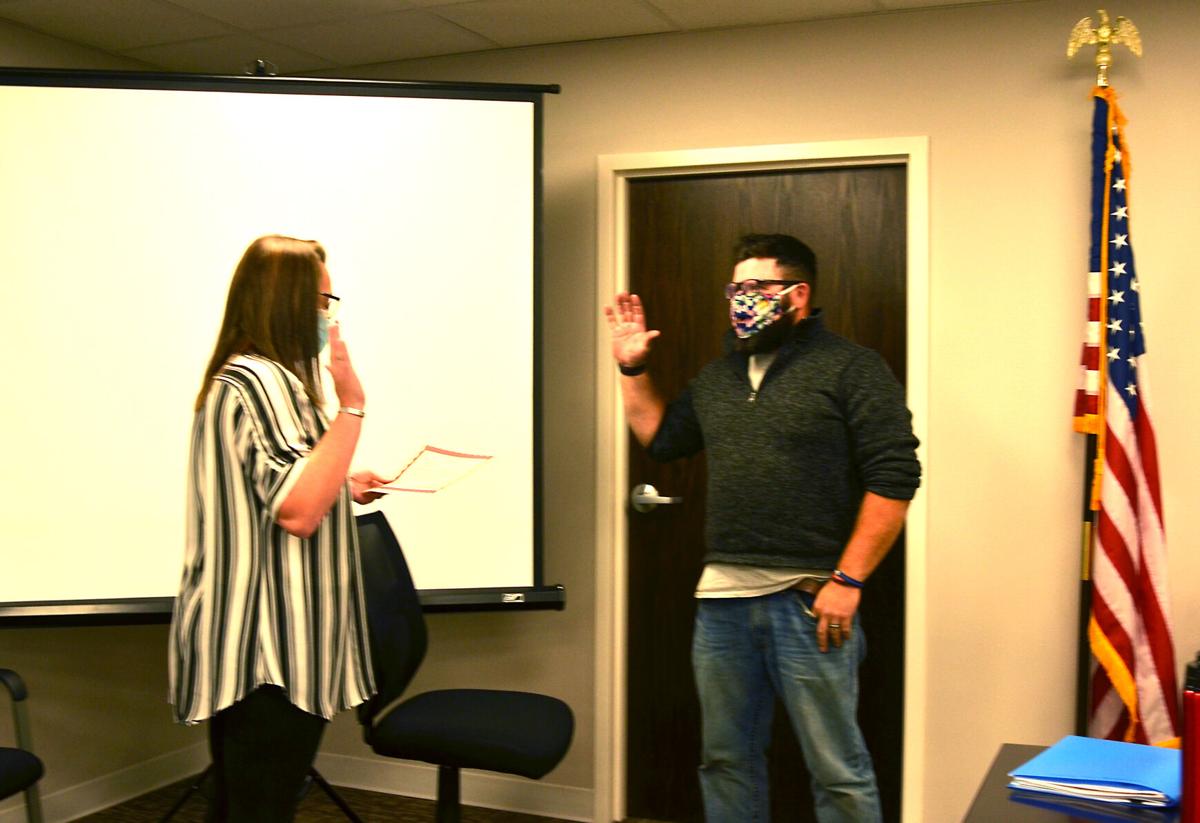 Enterprise City Administrator Lacey McQuead swears in Brandon Miller as a city councilman on Monday, Sept. 14, 2020, to fill the seat vacated by Micah Agnew, who resigned in August to take a job in Grants Pass. 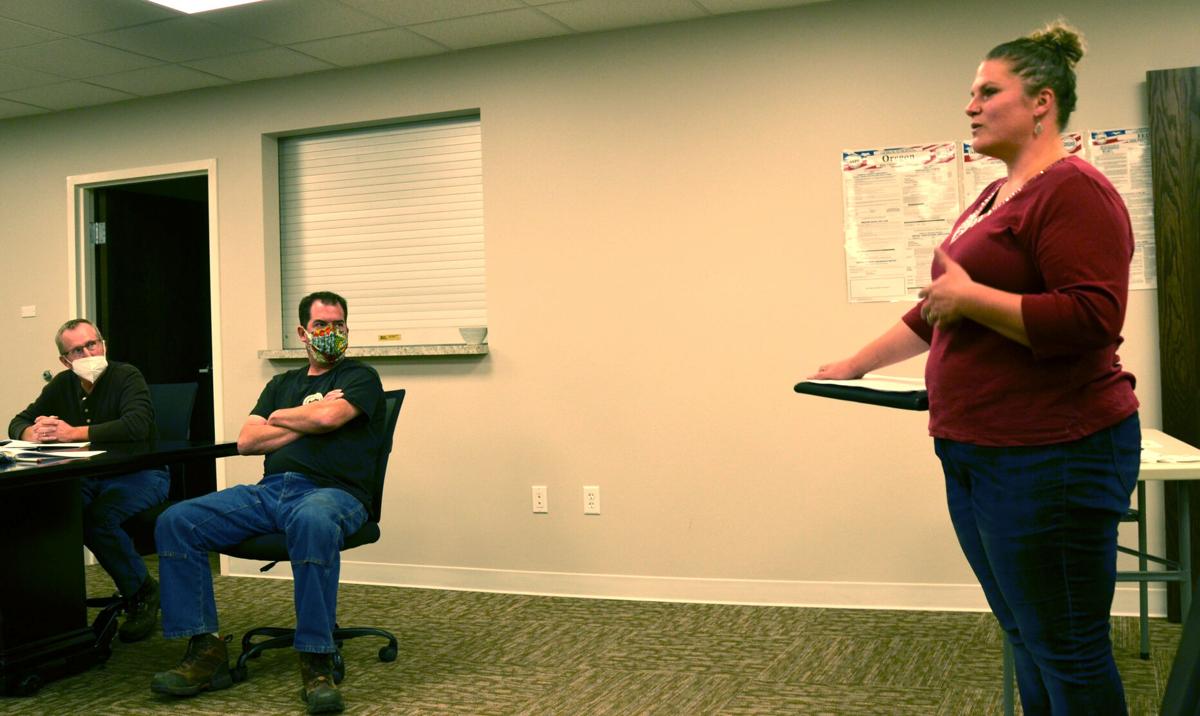 Lisa Mahon gives a presentation to the Enterprise City Council on how information is being gathered for the Wallowa County Smoke Management Community Response Plan at the Monday, Sept. 14, 2020, council meeting.

Enterprise City Administrator Lacey McQuead swears in Brandon Miller as a city councilman on Monday, Sept. 14, 2020, to fill the seat vacated by Micah Agnew, who resigned in August to take a job in Grants Pass.

Lisa Mahon gives a presentation to the Enterprise City Council on how information is being gathered for the Wallowa County Smoke Management Community Response Plan at the Monday, Sept. 14, 2020, council meeting.

ENTERPRISE — A new city councilman was sworn in, plans were started to replace the police chief and a smoke management plan was previewed Monday, Sept. 14, at the Enterprise City Council meeting.

After City Administrator Lacey McQuead swore in Brandon Miller to fill the council seat vacated last month by Micah Agnew, she told the council she has met with the council’s executive committee to get ready for the anticipated departure of Police Chief Joel Fish.

Fish is running for the position of Wallowa County sheriff in November. So far, he is unopposed. Only the filing of a write-in candidate — and that candidate beating him in November — could prevent Fish from becoming sheriff and necessitating his resignation as police chief. Oct. 18 is the deadline for write-ins to file, so the city expects to begin the hiring process in earnest after that.

McQuead listed three realistic options the council has to fill the chief vacancy. She said the council could hire an interim chief, in which case the council would still have to hire a permanent chief eventually. The council can also advertise for a new chief — either from among local or outside applicants. The third option would be to contract for police services with the county, as other Wallowa County municipalities do.

Fish said he thinks the third option might not be possible, as he expects the sheriff’s office to be shorthanded with the Oct. 1 retirement of the sheriff’s sergeant. He said the department is unlikely to be able to fill the position in the foreseeable future.

Councilman Larry Christman said the council’s job should be a bit easier this time around than when they hired Fish.

“The police department now has a good reputation which it didn’t have before,” he said, to which Fish agreed.

“What we need is a carbon copy of Joel,” Councilman David Elliott said, expressing the council’s reluctance to have Fish go.

“Oh, why’d you have to go and run for sheriff?” McQuead jested.

McQuead said the city already has received feelers from people interested, including several locals and some from La Grande and elsewhere.

The council voted to begin advertising as soon as Fish can submit his resignation.

In another matter, Lisa Mahon addressed the council about the Wallowa County Smoke Management Community Response Plan for which she has been contracted to collect data.

She said the effort came about in response to the 2019 relaxation of the ODEQ’s regulations for prescribed burning and the accompanying need to manage burns better. Counties have taken over that responsibility, she said, but they must also be the ones to manage their community’s reponse.

Mahon said she’s also trying to learn where people get their information on when or where smoke hazards are likely.

She said she’s visited the Lostine City Council, plans a Sept. 28 meeting at the fire hall at Wallowa Lake and is also working with Imnaha and Troy. The Wallowa City Council decided it didn’t want to have the presentation during a regular council meeting, so another date was to be selected.

Mahon left hard copies of the surveys at City Hall and cards listing a website and contact information.

Anyone interested in doing the survey online can visit www.surveymonkey.com/r/wallowacrp. For more information, call 937-418-3620 or email Lisa.mahon7@gmail.com.