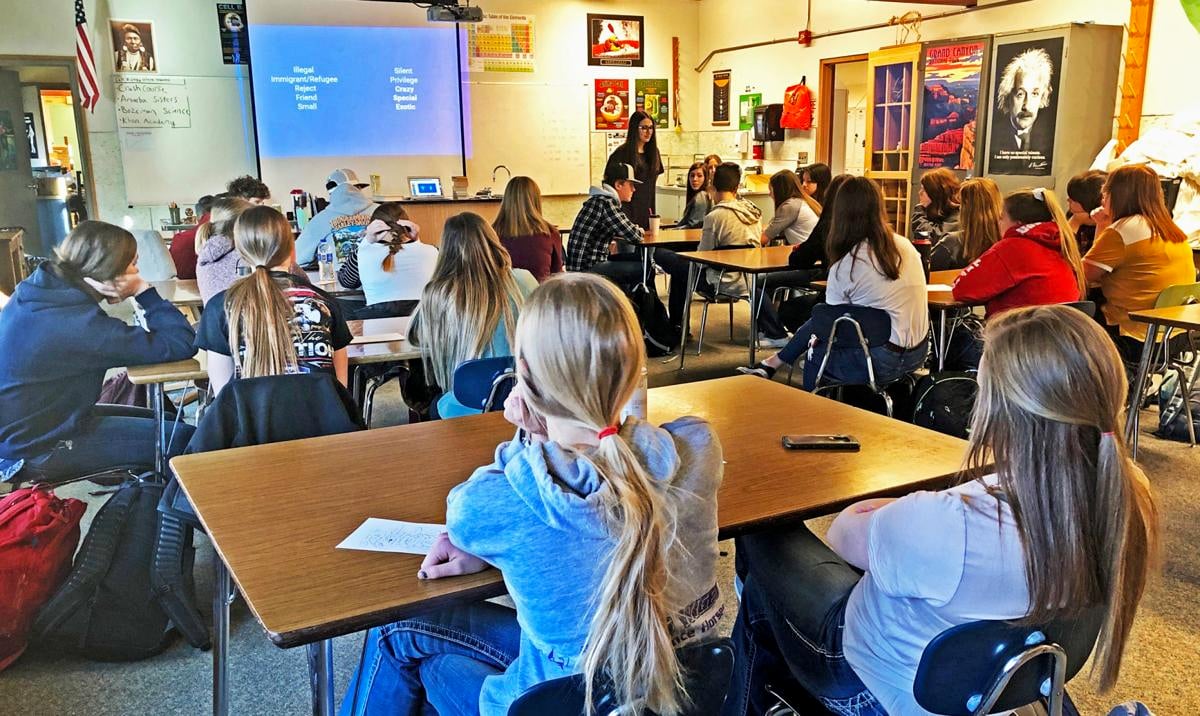 Enterprise High School seniors discuss the different implications of some commonly and uncommonly used words during the Thursday classroom sessions with Amanda Solomon of the Oregon Jewish Museum and Holocaust Education Center. 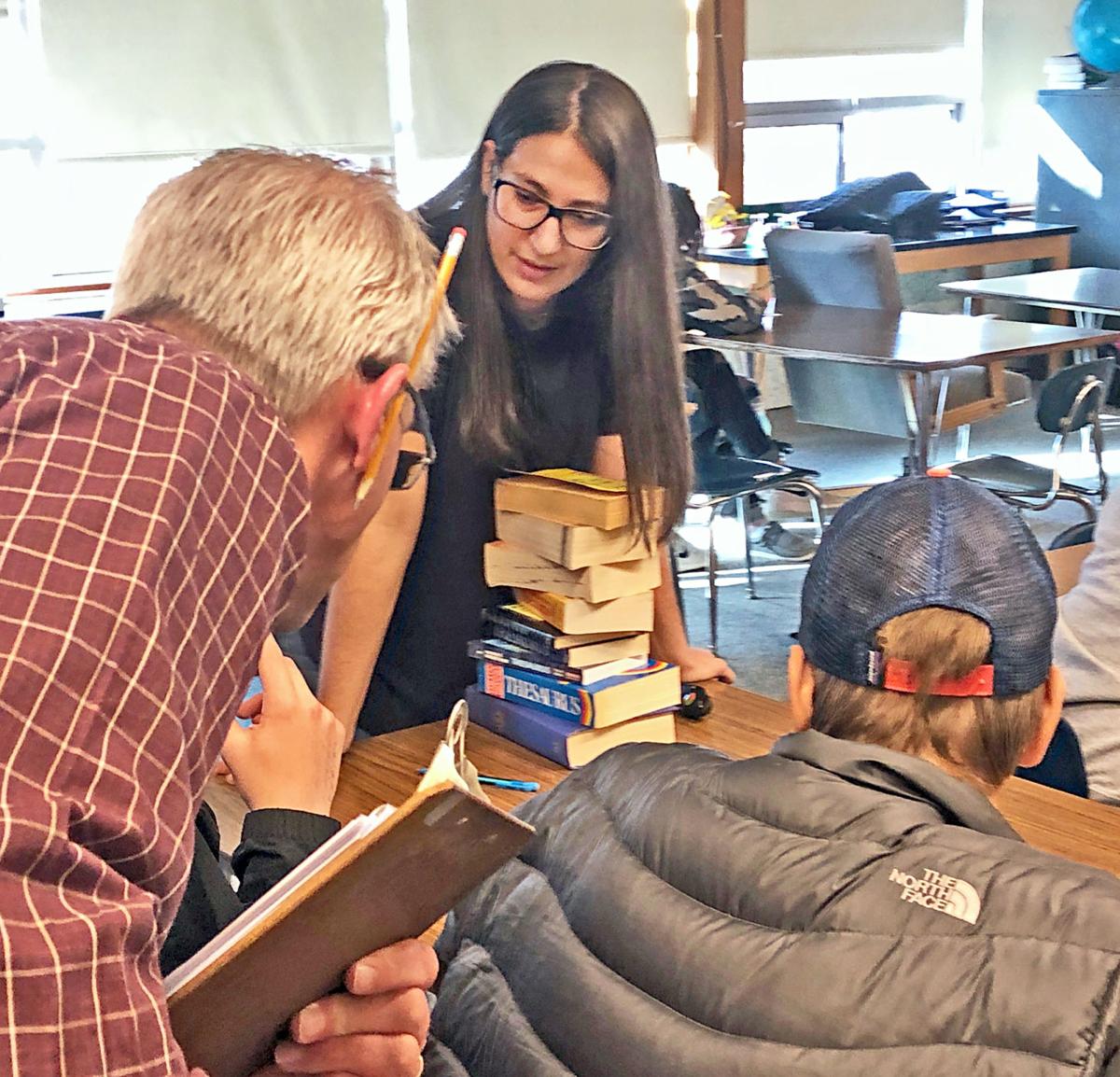 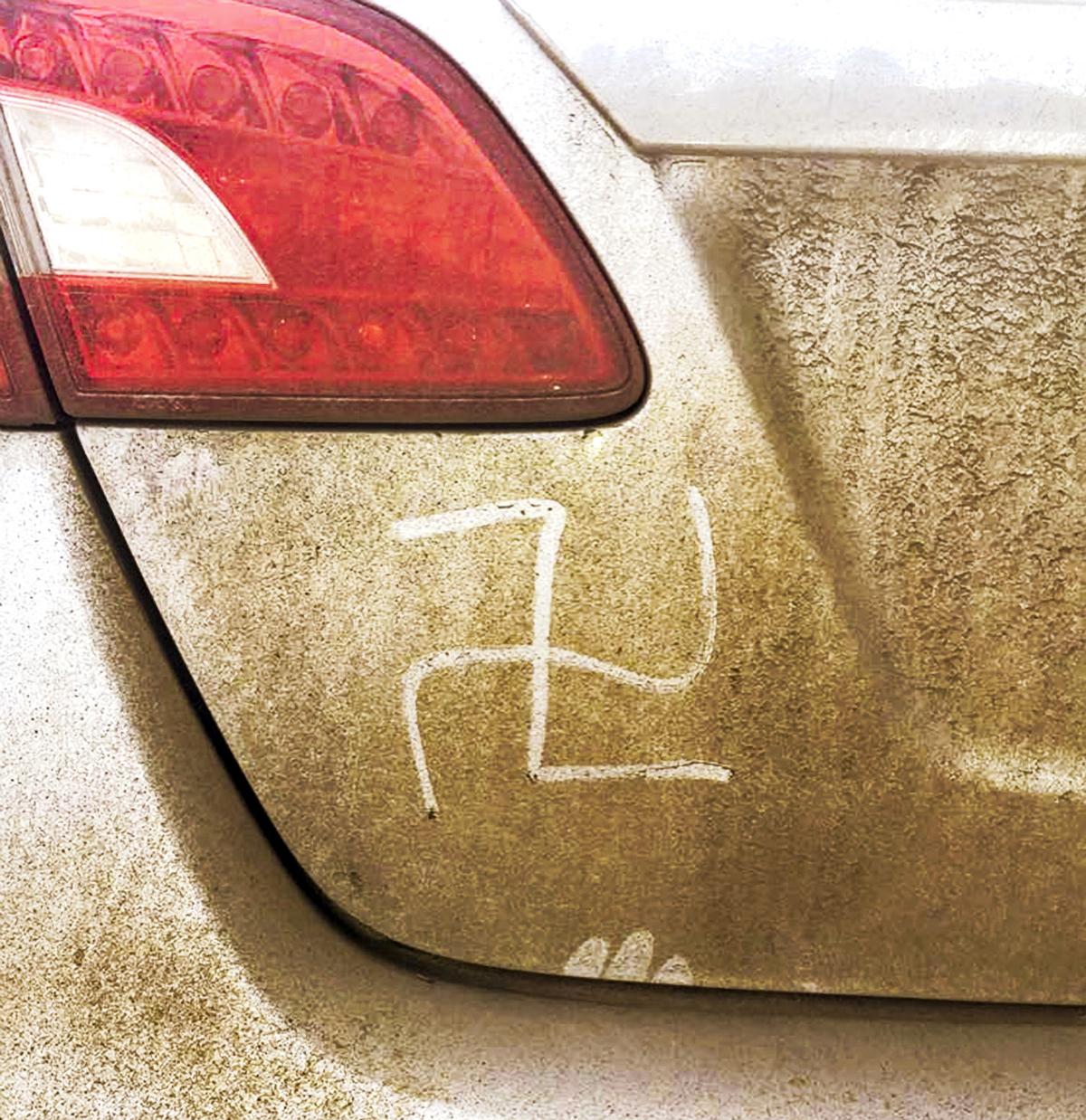 The swastika drawn on Deedee Duncan's vehicle appeared while it was parked in the Enterprise High School parking lot. 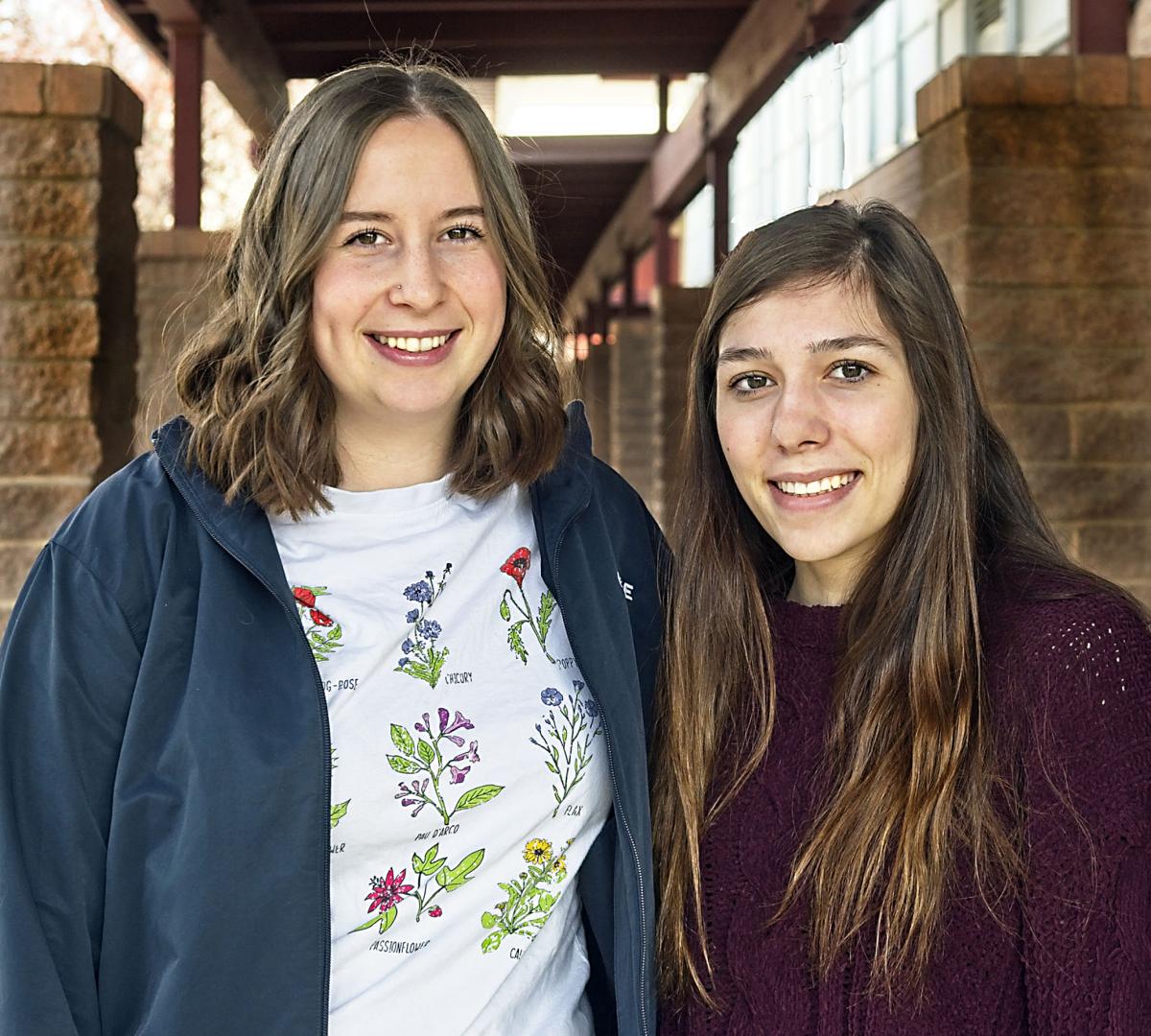 Enterprise High School seniors discuss the different implications of some commonly and uncommonly used words during the Thursday classroom sessions with Amanda Solomon of the Oregon Jewish Museum and Holocaust Education Center.

The swastika drawn on Deedee Duncan's vehicle appeared while it was parked in the Enterprise High School parking lot.

It wasn’t just the swastika drawn in the moist dust on Deedee Duncan’s car. Or the burning swastika ignited on the ground at a student bonfire. But these incidents, compounded by racist and misogynistic statements in and around Enterprise High School convinced seniors Duncan and Tishrei Movich-Fields that they had to do something.

The two 18-year-olds transformed their concerns into an outstanding Family, Career and Community Leaders of America (FCCLA) project that has raised awareness in their classmates and is motivating the school to provide more education about the power of speech and the consequences of hate.

Tishrei and her family are members of Wallowa County’s Jewish community. Duncan is a long-time family friend.

“It was really worrisome,” Movich-Fields said. “We realized that the students probably didn’t really understand what the swastika symbol meant and how threatening it is, or how hurtful the other things they said were. And so we decided to do our senior FCCLA project on helping students understand what that all this means and why it’s not a joke.”

The two girls first wanted to invite a Holocaust survivor to speak at the school for their project. But the age and fragility of the available speakers were too great for a journey to Wallowa County. So instead, they invited the Oregon Jewish Museum and Center for Holocaust Education (OJMCHE) to do a presentation to students and a separate workshop for teachers. Superintendent Erika Pinkerton was supportive and pledged financial support from the school district. That was augmented by a grant from Building Healthy Families. The funds covered travel and other expenses. Planning took about two months. Even as the two students planned their project, additional incidents plagued the school, including a video that circulated showing students drawing swastikas on their hands and notebooks.

To help with Duncan and Movich-Fields’ FCCLA project, Principal Blake Carlsen arranged the space and changes in class schedules necessary for high school and middle school classes to participate in a session called “Is That Really What I Said?” led by OJMCHE Manager of Education Amanda Solomon on Thursday, March 12. He also opened the high school library for an all-day Friday session for teachers.

These Thursday student sessions emphasized the impact and importance of words that can be unintentionally hurtful.

“You may not mean anything by using them,” Solomon told students, “but the words may mean something different to the person you’re speaking with than they do to you. People can interpret language differently. We all have different meanings for words.”

Students gave examples of how older relatives miscommunicate when texting.

“LOL doesn’t mean ‘lots of love’ and it’s not appropriate to text when you lose a beloved pet,” one student said.

Solomon cited examples included calling girls who excel in athletics, or wish to pursue a demanding and nontraditional career “crazy”, referring to someone who doesn’t look like the rest of the group “exotic” and using “micro-aggressions,” including phrases like “That’s so retarded.”

“If someone tells you that the term you just used is offensive,” Solomon said, “that’s something you can apologize for and learn from.”

Student reactions to the 45-minute sessions were mostly positive.

“I thought it was really helpful,” and “I’ve never thought about any of this before,” were common reactions. “I understand now that words may not mean to other people what you meant them to mean,” one student wrote.

But some students took issue with the session, including comments “I think we should be careful about what we say, but I also believe if someone is offended it is something they have to deal with. … It’s just a fact of life.”

On Friday, Amit Kobrowski from the Oregon Department of Education took the lead in presenting a daylong teachers’ workshop that included suggestions about how educators could address racist and other derogatory student comments in the school. Teachers also learned about the new K-12 requirements on the Holocaust, other genocides and Native American culture and history. Teachers from other districts, including Joseph and Pine Eagle, also attended.

Duncan and Movich-Fields were happy with the two day sessions.

“I think it really raised awareness of how words and symbols can be misused and misunderstood,” Movich-Fields said.

Now, the two will begin preparing their project for presentation at the FCCLA state convention that was scheduled for April 2-4 in Clackamas, but may be delayed due to COVID-19, said FCCLA adviser Tamarah Duncan. The top two presentations will go to the FCCLA national project competition.

“They did a great job,” he said. “I’m looking forward to talking with them about how the project is turning out, and listening to their thoughts about continuing this kind of thing in the future.” Carlsen said that teachers’ comments about the Friday session “… have all been very positive.”

“This event was amazing for two 18-year-old girls to make it happen,” FCCLA advisor Duncan said. “It was a great learning opportunity for everyone involved.”

Superintendent Pinkerton would like to continue this type of educational event in the future.

“We were very enthusiastic about this FCCLA project, and thankful for everything that Tishrei and Deedee have done” she said. “After we have a chance to talk with the girls about how all this went, I can also talk with social studies teacher Tom Nordvedt about incorporating some of these subjects into his classes, and I’d also like to include some of this in my sixth-grade class.”

For the moment, coronavirus shutdown of schools is making coordination and future planning difficult. However, Duncan’s and Movich-Fields’ FCCLA project won’t be forgotten. It’s opening a door to the future, not only for the two students, but for the Enterprise School District and Wallowa County as well.