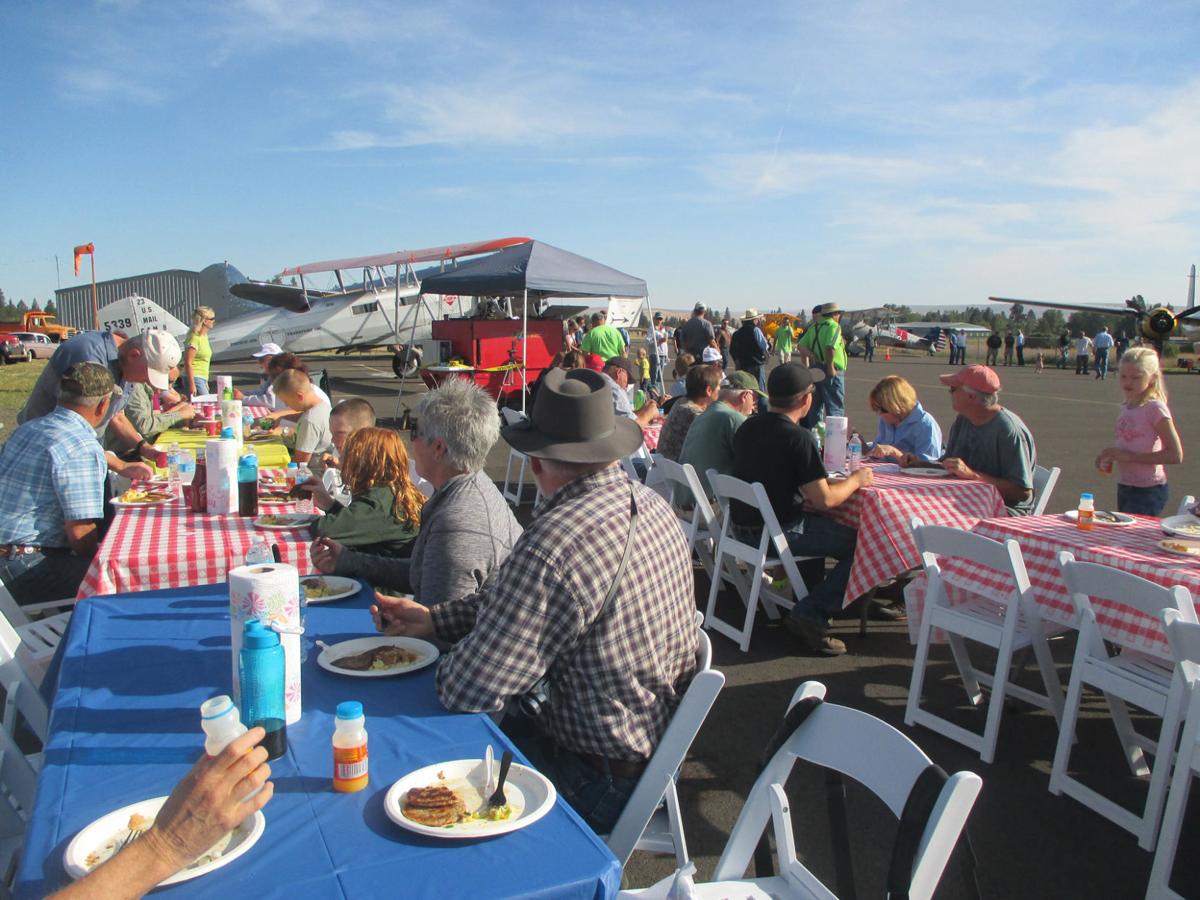 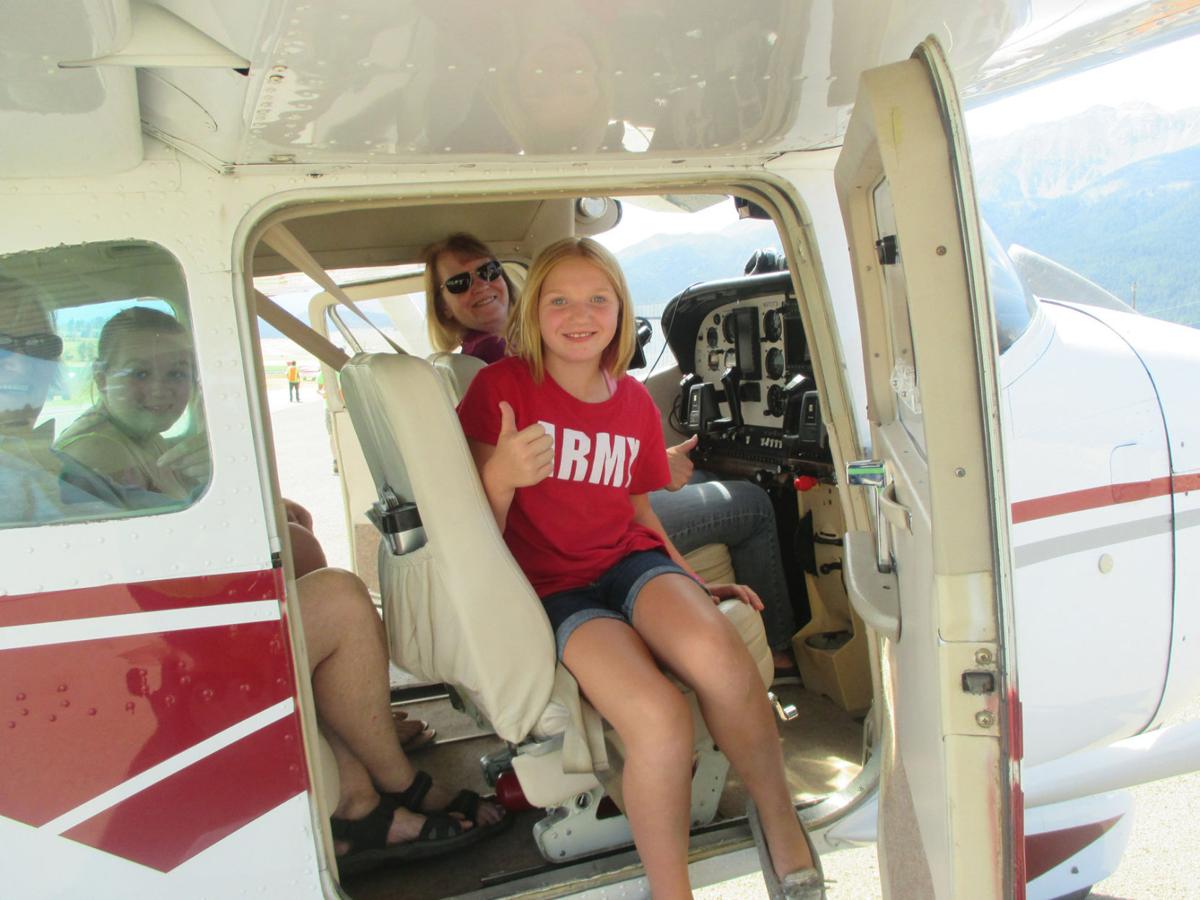 photo/Katherine StickrothMadi Williamson, 10, gives a "thumbs-up" after her first airplane ride. The pilot is Karin Rodland. 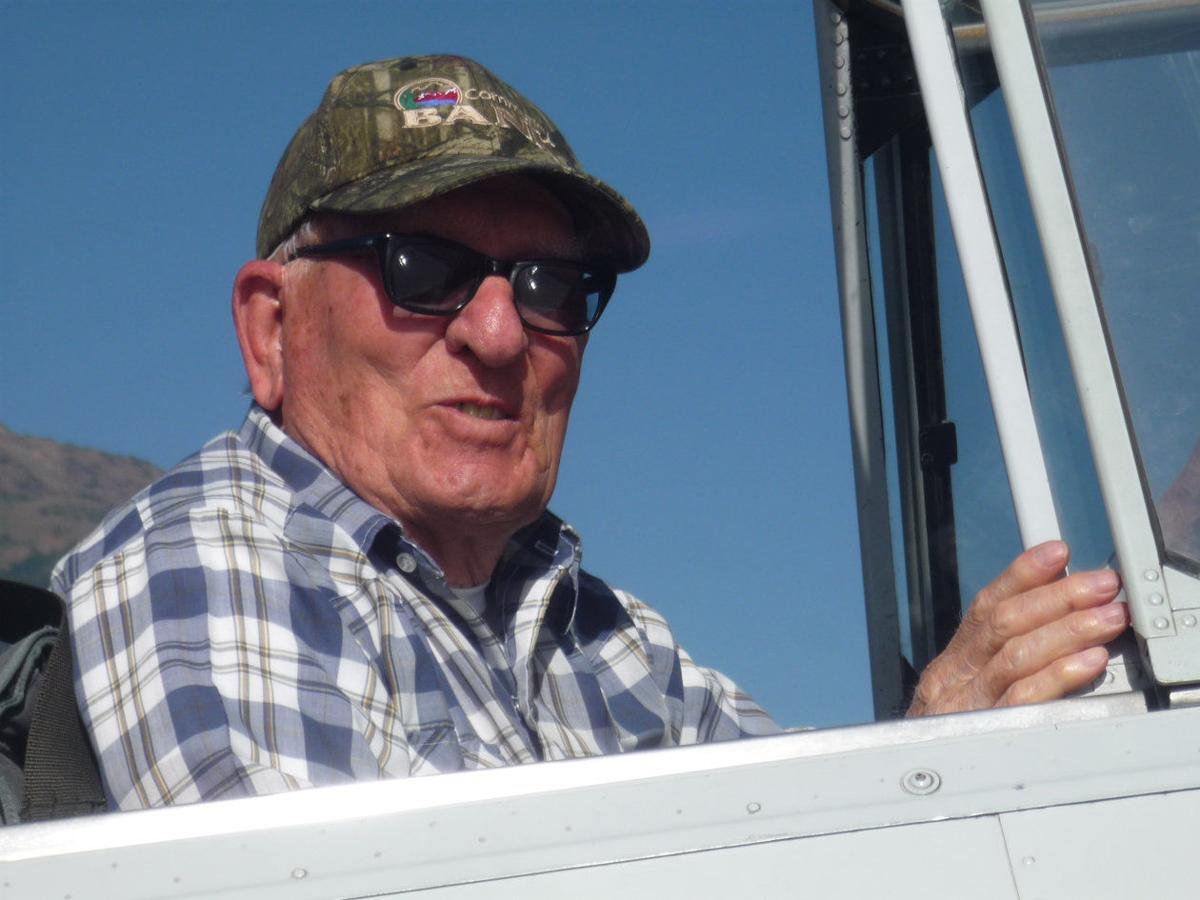 photo/Janie TippettRichard Thies smiles after a thrilling flight in at AT6 "Texan." 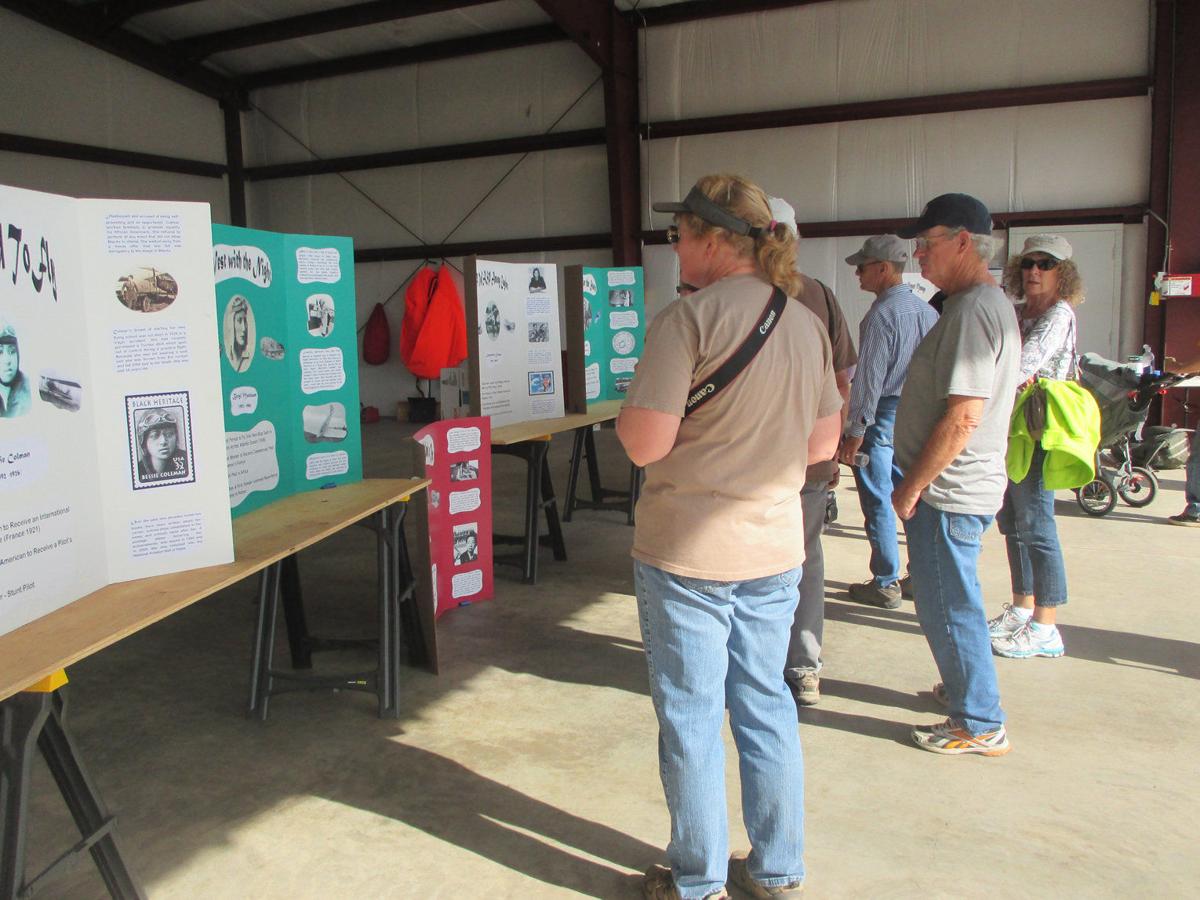 photo/Katherine StickrothMadi Williamson, 10, gives a "thumbs-up" after her first airplane ride. The pilot is Karin Rodland.

photo/Janie TippettRichard Thies smiles after a thrilling flight in at AT6 "Texan."

JOSEPH — With over 1,000 people attending and 550 breakfasts served, the Aug. 8 Wallowa County Pancake Breakfast and Fly-in was considered a huge success by members of the Wallowa County Pilots Association and Chief Joseph Flyers.

More than 80 pilots from around the Pacific Northwest parked their aircraft on the grass strip adjacent to the Joseph Airport runway, while historic aircraft dating back to 1928 were displayed on the tarmac. As early breakfast diners enjoyed their meals with friends, an air show buzzed overhead. Barney Locke performed aerobatics in his RV8, known as “The Green Lightning.” Four aircraft approached the viewing area and performed the “Missing Man” formation, where one plane peels off from the formation. This memorial honored recently deceased Nicole Winn, the wife of Joseph Airport Manager Wup Winn. Other planes thrilled the crowds with low-altitude flights over the runway.

A popular attraction was Jim Stockwell offering free flights to WWII and Korean War veterans. Enterprise resident Richard Thies, a 91-year-old veteran of WWII Army infantryman in Europe, enjoyed the adventure of his ride. He exited the AT6 “Texan” with a big smile.

“I told Jim to do whatever he wanted to, and he did. We did rollovers and loops. I was upside down and all around. Lots of fun,” Thies said.

The “Women in Aviation” display drew much attention, with 99s Club member Karin Rodland from Tri-Cities giving free rides to girls and women after they viewed the stories of Bessie Coleman, Beryl Markham, and Joseph’s first airport manager, Bessie Halladay. Historic “Halladay School of Flying” signs found their way home to the airport for this special event.

Months before the fly-in, 10-year-old Madi Williamson had expressed interest in flying to her family. Rodland flew Madi for her first ride, with sister Chelsea and their grandmother Sara Jane Williamson joining them. In flight, Sara Jane asked Madi if she was having fun.

“This is more than fun!” the little girl exclaimed.

“What an outstanding breakfast;” “I didn’t know Joseph had an airport;” and “This is amazing,” were some of the many comments made by participants as they strolled by the giant 1937 DC-3 and 1928 Boeing Model 40 glistening in the morning sun.

“Our intention with this event was to generate interest in general aviation, and Wallowa County flying in particular” said Bill Ables, chairman of the Wallowa County Pilots Association. “We are happy with the turnout.”